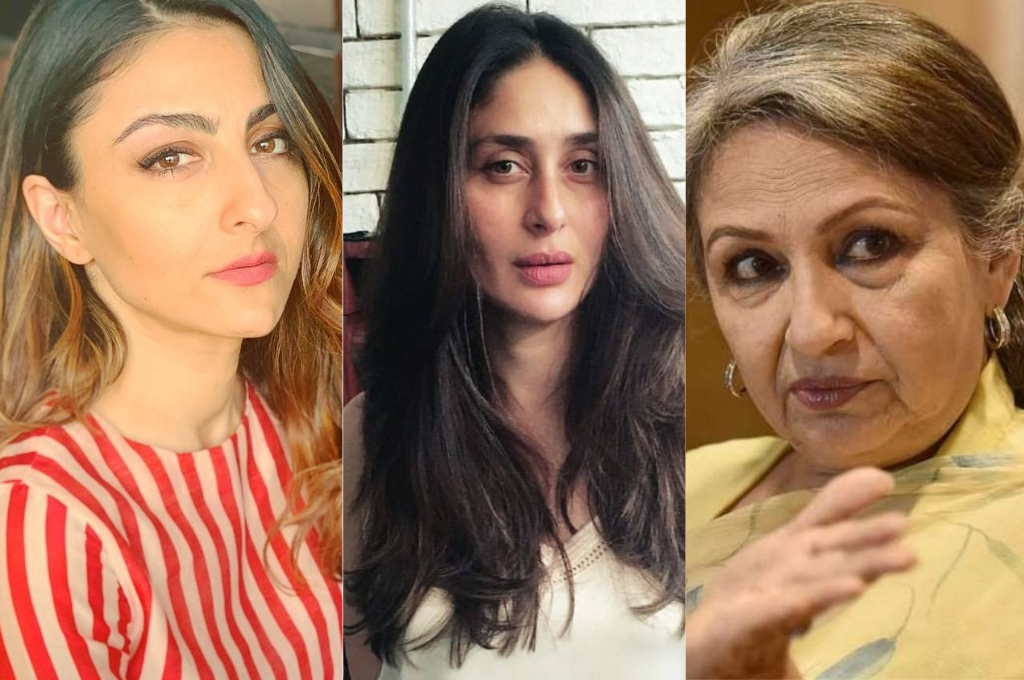 It’s Not Okay To Keep Clicking Pics Of Taimur All The Time: The Khan Women Speak Up

As tough as it may be to be a celebrity in this day and age. Paparazzi at every nook and corner sitting like a fly on the wall, they’re everywhere. Allegations twisted around every word that comes out of their mouths. Being a celebrity kid is not easy either. And being a parent amidst it all, there’s nothing more difficult than that. Celebs can’t expect privacy, but what about their kids? 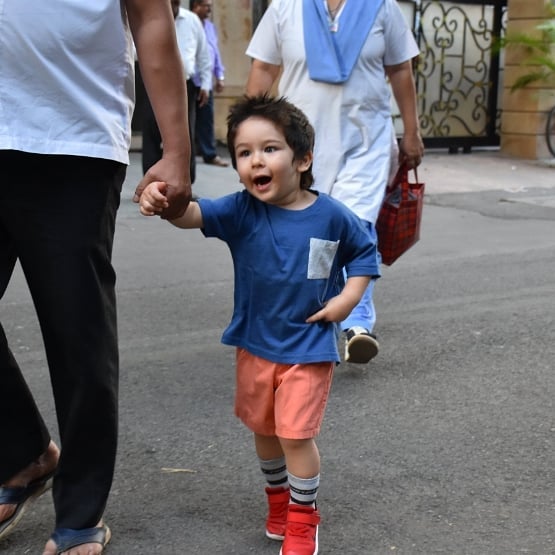 Soha Ali Khan who has authored a book, namely The Perils Of Being Moderately Famous, was asked, in an interview with GoodTimes, how she deals with her daughter Inaya and nephew Taimur’s jeopardy of being super famous. ‘It’s crazy’, she interposed before she went to say, ‘we never had to deal with it’. ‘It’s absurd to think they’re photographed every day’.

Taimur’s grandmother Sharmila Tagore asserted, “I suppose we have to live with it. This is the age of social media. I don’t think anything can be done about it”. She added, “However, I learnt from Sara to say if you can’t beat them, then join them”. 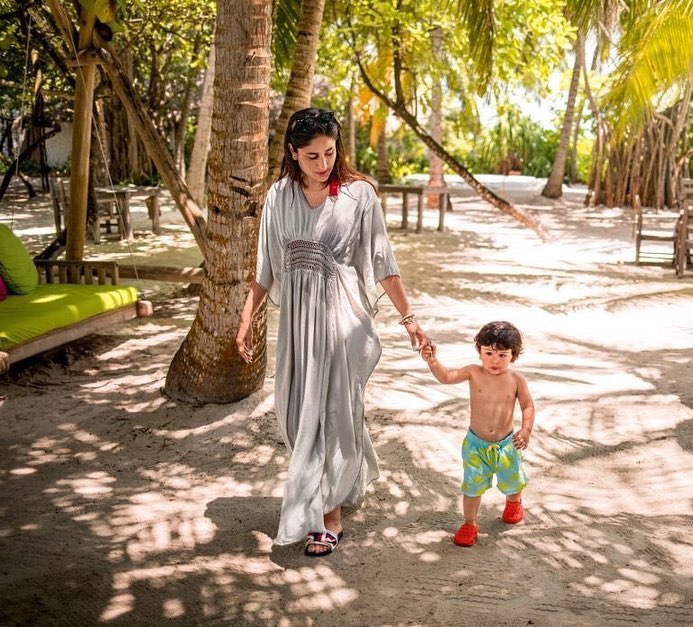 ‘Darling of social media’ said Arbaaz Khan on a talk-show. ‘Man of the moment’, added Kareena. Taimur has a place in the spotlight, whether he wants it or not, whether the parents want it or not. ‘Planned cuteness’. Kareena Kapoor Khan has been accused, even trolled for her son’s viral pictures. For celebrities’ kids, the spotlight can burn.

Kareena thinks sometimes the media crosses a line, especially when it comes to Taimur.

What is he eating, where is he going, what is he wearing. Every day there’s a picture of Taimur and Saif because he goes to the gym with Saif. So, I am like once in a while it is fine, but every day, what is the reason you have to see this child… He is two years old. You have to allow that person to live their life, fearlessly, especially when it is child, who is growing up.

Taimur usually waves at the media as he passes by. Arbaaz Khan states that the child thinks the press are his friends. The mother feels ‘covering him will scar him further’.

Taimur is a friendly child. He is just looking at the camera lights flashing, wondering what they are. ‘He is not a star in our eyes, he is our child.

Kareena discerns ‘the euphoria around Taimur, we can curtail’.