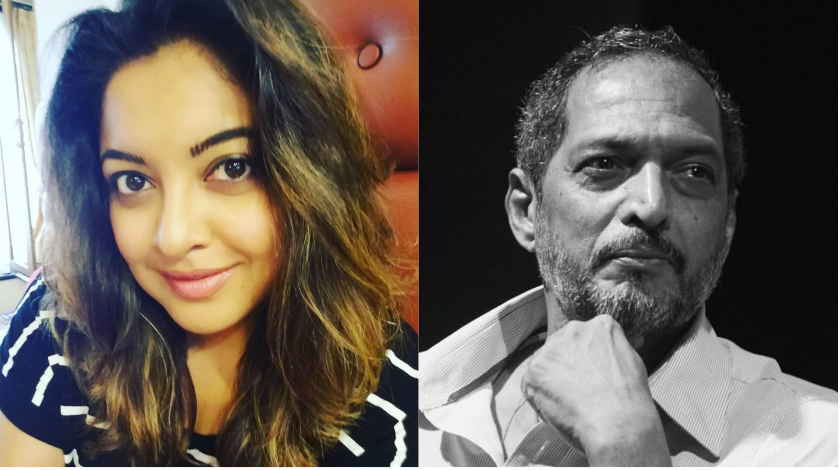 Tanushree Dutta Finally Gets The Deserved Support From The Bollywood Fraternity

It’s been a few days since actress Tanushree Dutta named Nana Patekar for allegedly harassing her on the sets of a 2008 film, and Bollywood’s silence was rather eerie.

Many top male stars including Amitabh Bachchan and Aamir Khan maintained a diplomatic silence when asked about the issue, refraining from commenting. Filmmaker Farah Khan’s post of a smiling Nana Patekar and ‘Housefull’ costars seemed ignorant of the accusations.

But now, a chorus of female voices has come out in support and actress Richa Chadda is one of the first to extend her support.

It hurts to be #TanushreeDutta rn. To be alone, questioned. No woman wants publicity that opens the floodgates of trolling and insensitivity.What happened to her on set was intimidation.Her only fault was she didn’t back down-takes a special courage to be #TanushreeDutta.

Though many tried to shame Tanushree, who had spoken about the incident when it occurred, she was labeled as being difficult and a trouble maker. Her account was corroborated by journalist Janice Sequeira who said that she was on the set of the film when the incident took place. Janice described the incident in a long post on social media, the thread picked up Farhan Akhtar and Priyanka Chopra.

Actress Priyanka Chopra responded to Farhan Akhtar’s post agreeing with the director’s opinions and that the world needs to change its outlook.

Twinkle Khanna‘s husband, Akshay Kumar, was named by Tanushree as having known of Nana Patekar’s bad behavior, yet he still worked with the man. Twinkle extended her support to Tanushree on twitter as well.

Please read this thread before judging or shaming #TanushreeDutta a working environment without harassment and intimidation is a fundamental right and by speaking up this brave woman helps pave the way towards that very goal for all of us! https://t.co/f8Nj9YWRvE

Sonam Kapoor has also come out in support of Tanushree and even retweeted Janice Sequeira’s post!

I believe #TanushreeDatta and @janiceseq85 recollection of the account. Janice is my friend, and she is anything but an exaggerator or a liar. And it’s upto us to stand together. https://t.co/sF3mS5o1P8

Stories of harassment are common in Bollywood, but are often silenced due to the fear of victim shaming and losing work. But maybe the murmurs of Bollywood’s own #MeToo and Time’s Up movement may just be taking shape as support for Tanushree gathers momentum.

These Amazing Wedding Destinations Will Definitely Make Your Love Stronger