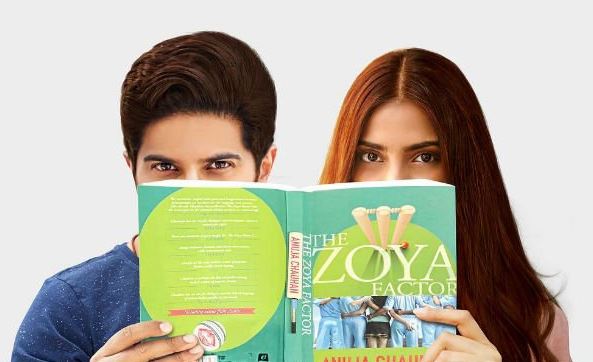 Come September, long after the world cup is over, you can relieve the world cup yet again! ‘The Zoya Factor’, the Dulquer Salmaan and Sonam Kapoor-starrer will finally hit screens on September 20, not June 14.

The films producers announced, “The date has changed, but the game hasn’t.” Sonam Kapoor, who is playing the titular role of Zoya Singh Solanki shared the poster on her Instagram profile-

“We’re back after the strategic timeout!” read Sonam Kapoor’s caption on the same. The makers had earlier wanted to cash in on the World Cup fever, but decided against it as they believed box office business would be hit. The trailer will reportedly launch by July end.

A screen adaptation of Anuja Chauhan’s best-seller, the film is a love story between the captain of the Indian cricket team and an advertising professional set against the world cup. The Zoya Factor also stars Sonam Kapoor’s uncle Sanjay Kapoor along with Angad Bedi. Sonam Kapoor was last seen in Ek Ladki Ko Dekha Toh Aisa Laga, alongside father Anil Kapoor and Rajkummar Rao. Dulquer Salmaan had made his Hindi film debut in the Irrfan Khan-starrer Karvaan.

In an earlier interview, Sonam Kapoor had talked about her experience working with south star Dulquer Salmaan in The Zoya Factor. Check it out-

Cannes 2019: Aishwarya Rai Does The Expected & Plays It Safe

Imran Khan And Wife Avantika Headed For Divorce? Here Are All The Details