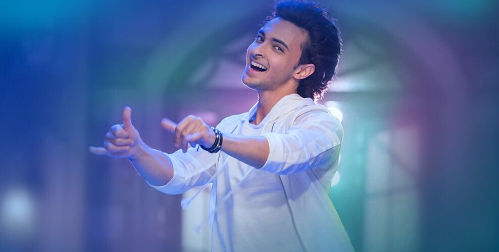 This Is The Reason Bhai Wanted Loveratri’s Title Changed

Salman Khan’s own life may be loaded with controversies, but the superstar likes to fend off his films from such discussions. So when his next production Loveratri was struck with the attention of tempest over the title of the film, Salman chose to at long last surrender to the requests and change it to Loveyatri.

Vishwa Hindu Parishad(VHP) was irked by the title Loveratri, which according to them, was twisting the importance of a Hindu festival Navaratri. In spite of the fact that the producers attempted their best to reason out and said that the film was set against the backdrop of Navratri celebration, VHP was not ready to budge. In any case, things got messier when a Bihar court requested a FIR to be held up against Salman for his upcoming home production Loveratri, which professedly hurts Hindu sentiments and promotes indecency.

Now two weeks before the release of Aayush Sharma’s Bollywood debut, Salman has changed the title of Loveratri to Loveyatri. Salman took to twitter to make the announcement and share a new poster of the film.

Khan Khandaan Goes Out To Lunch