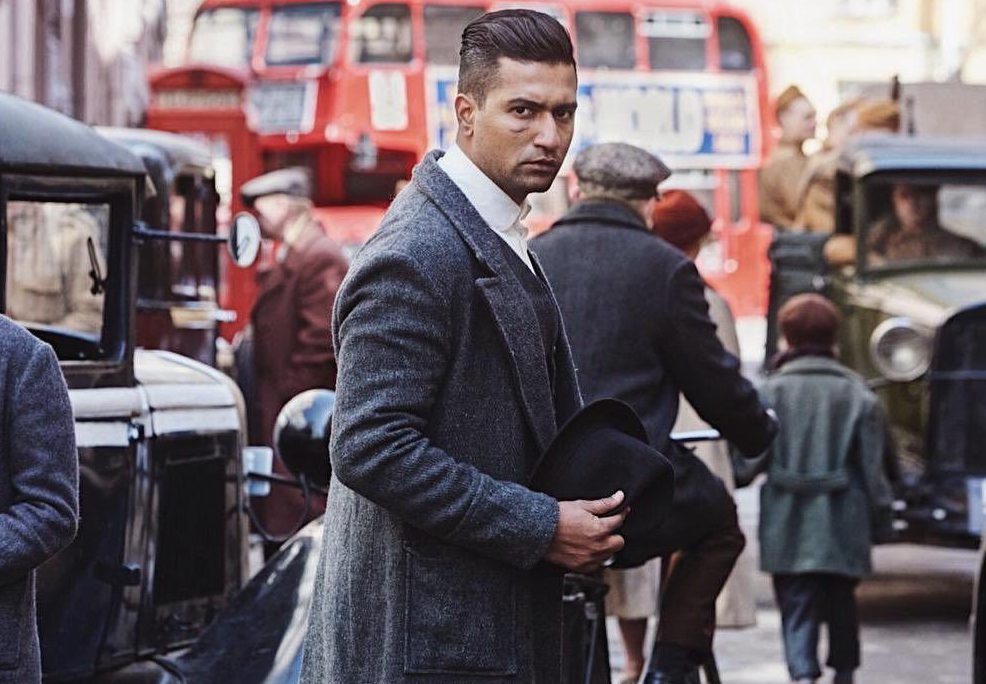 After announcing his upcoming horror film ‘Bhoot’, Vicky Kaushal announced the release date for the biopic on Sardar Udham Singh in his Instagram stories. Check it out –

Read: Rani Mukerji In ‘Mardaani 2’ And Vicky Kaushal As ‘Udham Singh’ Both Look So Good! 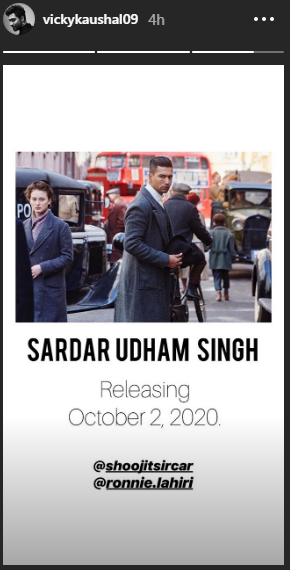 The biopic will hit theatres on October 2, 2020. It is based on the life of Udham Singh – the man who was responsible for Michael O’Dwyer’s assassination. Michael was the Governor of Punjab under whose aegis the horrific Jallianwala Bagh massacre was carried out. This is not the first film being made on Udham Singh – his life has earlier been  translated into a Punjabi film named Shaheed Udham Singh that released in 1999.

Kaushal’s first look as Sardar Udham Singh from the film had surfaced on social media on April 30. The current edition of Sardar Udham Singh has Vicky Kaushal in the lead role, and the film is being directed by Shoojit Sircar. This is the first time that the actor-director duo is collaborating, and Kaushal had shared a post with his thoughts about the collaboration; saying that it was an absolute honour to be directed by Sircar, and that ‘he was the man sitting at the very top of his wish list of directors to work with’.

An absolute honour to be roped in to play Shaheed Udham Singh, in his biopic to be directed by @shoojitsircar sir… the man who was sitting right at the top of my wish list of Directors to work with. Can’t wait for this journey to start next month. Produced by Ronnie Lahiri. ਵਾਹਿਗੁਰੂ 🙏

Read: Vicky Kaushal & Nora Fatehi To Pair Up For This Upcoming Stint