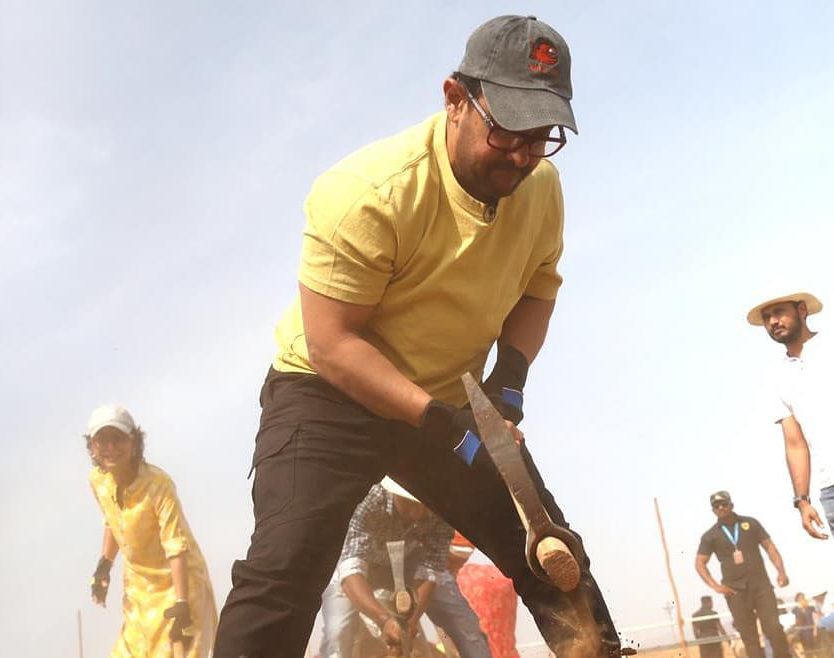 Watch: Aamir Khan’s Hard Labour For India, On ‘May Day’

Aamir Khan is one actor who has proudly associated himself with multiple social causes. On the occasion of Labour Day, he took to Instagram to share a video of himself toiling on the field with farmers.

Read: The Khan-Trio Proves It’s Okay For Celebrities To Sometimes Travel Like The Aam Aadmi

The actor can be seen digging up the ground with a pick-axe, putting his entire effort into the task. He is associated with the Paani foundation, whose project is based on improving the water situation in Maharashtra. The video and still he shared were from his efforts in furthering the same project.

His wife Kiran Rao can also be seen in the video, supporting him through her actions. Aamir’s effort has been lauded on social media, with fans being inspired by the actor’s move and wishing him a Happy Labour Day in the comments.

Aamir Khan was also recently spotted travelling economy class, videos of which had gone viral on social media. The actor, however, hadn’t understood what the hue and cry was about and felt that it was okay for celebrities to travel like civilians sometimes!

Aamir Khan was last seen in Thugs of Hindostan with Fatima Sana Shaikh and Amitabh Bachchan. He will next be working for the remake of the Oscar-winning Hollywood film Forrest Gump, which is tentatively titled as Lal Singh Chaddha.

Quizmaster Amitabh Bachchan To Return To Your Television Screen Soon!