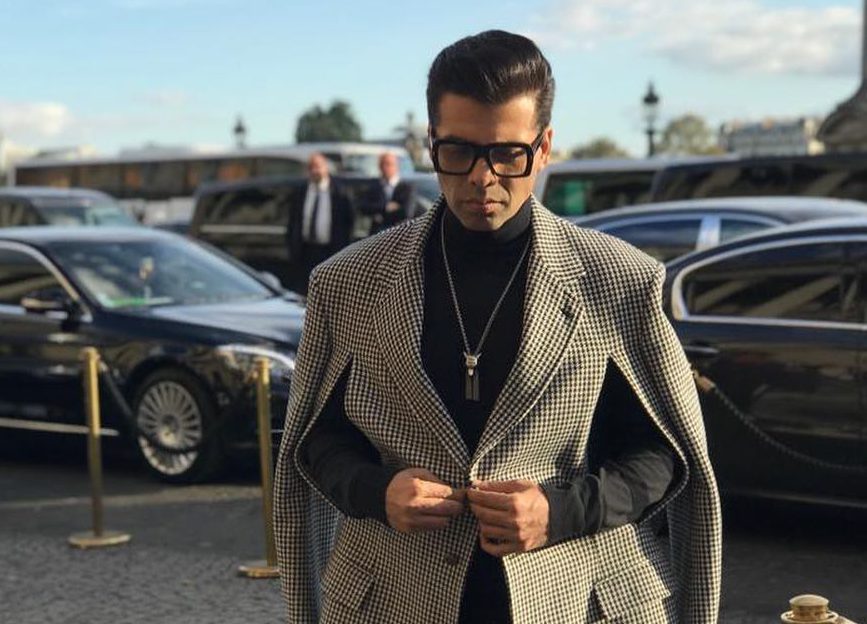 Karan Johar is about as well-known for his gossiping abilities as he is for his eclectic sense of fashion. With Koffee With Karan Season 6 in the making, he has been in the news for reasons more than one. The well-known Bollywood director was in Paris for Gucci’s SS19, and we average humans have been fangirling over his sartorial fashion choices ever since! While the Paris fashion week was kicked off just a few hours ago, Karan Johar gave out a surprise picture for all the K-pop fans out there.

With K-pop star at the @gucci show! @weareone.exo #kimjongin #kai

K-Jo got snapped with Kai, or Kim Jong-in, the amazingly talented rapper, singer and dancer. The picture sent both K-Jo and Kai fans into a tizzy. People just could not stop talking about it! Can we also just take a moment to appreciate Karan Johar’s trendsetting cape in houndstooth and 90s chic turtleneck, though? Absolutely chic!

On my way #pfw @gucci! Thank to team India @gucci for all the love! ❤️and to @len5bm and @nikitajaisinghani for making such a fun fashion crew!

Here is some of the another outfits by Karan Johar from his Paris Fashion Week sojourns.

Street style! Heading to #parisfashionweek for @gucci ….Get set Gucci! 😍

Fashion Now Means A Bag The Size Of Your Head