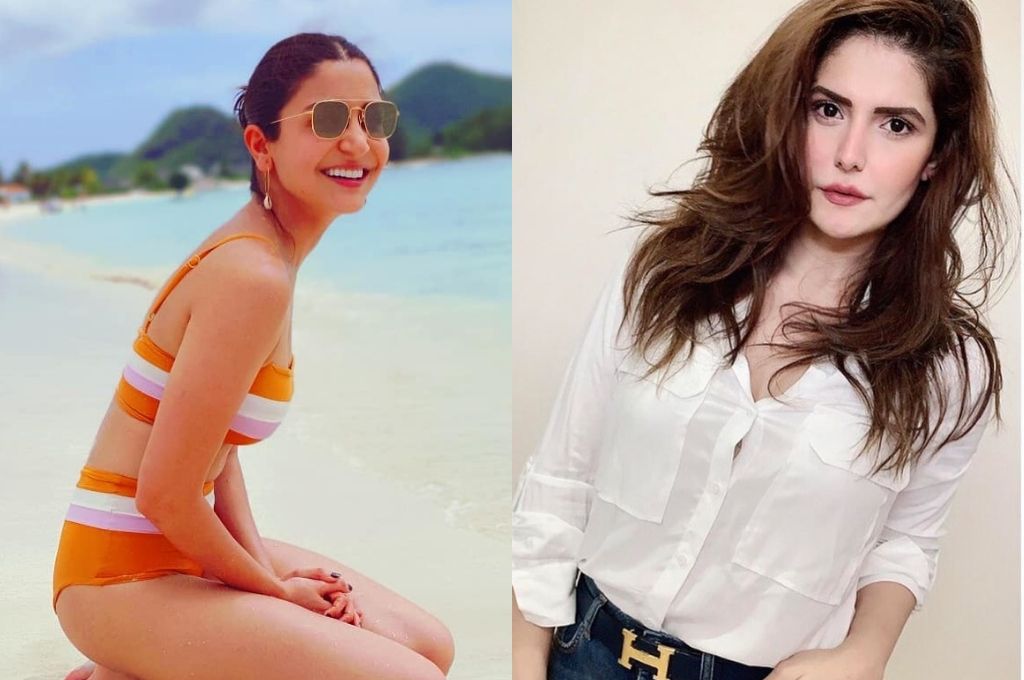 Anushka Sharma stood up for actress Zareen Khan, who was mercilessly trolled and body shamed on social media. Zareen Khan had recently shared pictures from a trip to Udaipur, and the actress was body-shamed by a few for her stretch marks, unwanted comments on the shape of her stomach and size.

But, not one to get bullied, Zareen Khan stood up for herself; saying this is what it was than a photoshopped or edited image that’s usually put out.

For people who are very curious to know about what’s wrong with my stomach, this is the natural stomach of a person who’s lost more than 50 Kg of weight. This is how it looks when it is not photoshopped or surgically corrected. I’ve always been someone who believes in being real and embraced my imperfections with pride rather than covering it up.

The actress found support in Anushka Sharma, who took to her own Instagram profile to stand up for the actress, saying that she was beautiful, brave and strong – perfect the way she is. Zareen Khan shared Anushka’s Instagram story on her profile, thanking her for her love and extending the support. 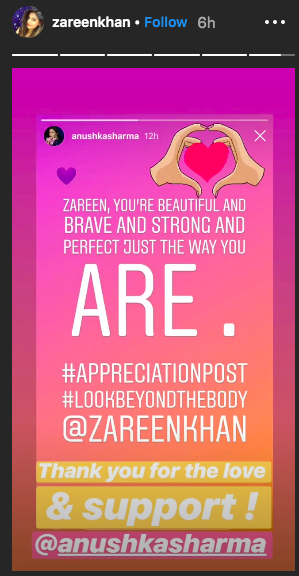 Recently, actress Neha Dhupia too was trolled for her post pregnancy weight gain, and the industry had rallied for her. Actresses like Sonam Kapoor Ahuja have openly spoken about the obsession with body image, calling out to young actors and their fans to embrace their flaws and to be proud of who and what they are.