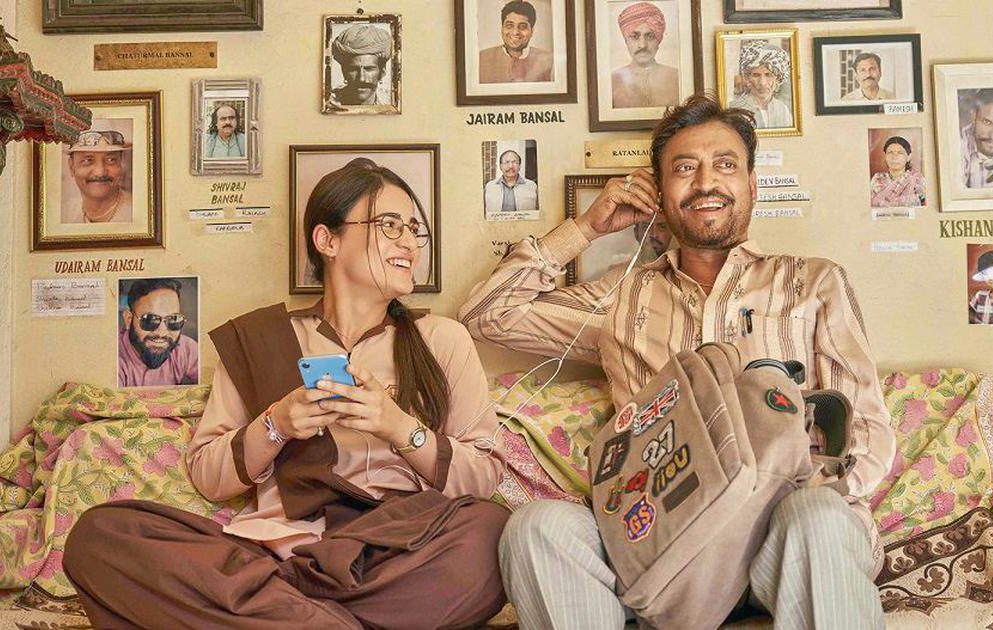 There is no disputing the fact that he is one of the finest actors we have, ‘Angrezi Medium’ is Irrfan Khan’s show all the way. The actor is a class act and just to have him back on screens makes ‘Angrezi Medium’ a worthwhile watch. 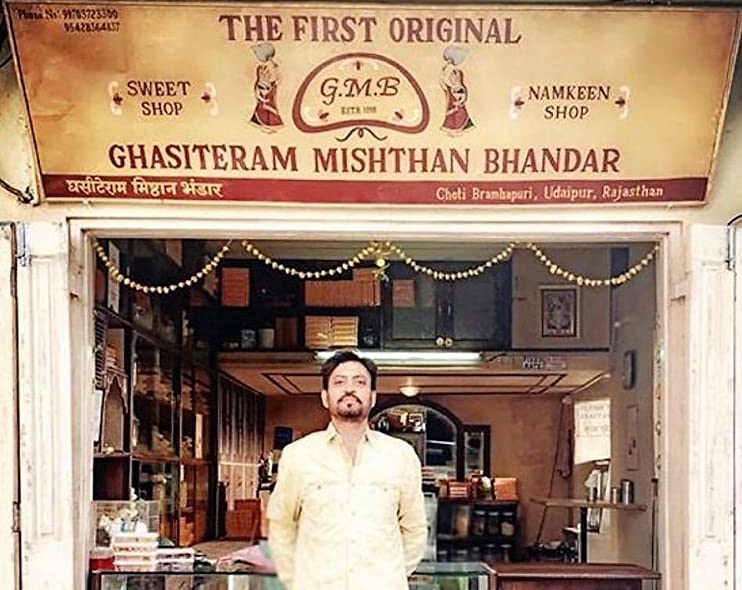 So meet Champak Bansal (Irrfan Khan) born into a family of the oldest Mithaiwalas in Udaipur. Describing himself as born confused, Champak marries an educated girl, who wants to study further and work, something he cannot fathom. However, the birth of his daughter and demise of his wife sort out his state of confusion, but he has hurdles to cross.

His daughter, Tarika aka Taru (Radhika Madaan) has dreams to study abroad to the point of obsession. However, being an average student, Champak indulges her far-fetched fancies, knowing there is no way she can make the cut.
In the meanwhile, Champak and his brother Gopi (Deepak Dobriyal) are at loggerheads during the day for the sole proprietorship of being the original Ghasitaram Mithaiwala, but during the night, a few pegs down the brotherly bonhomie is back.

Taru, so charged with going abroad to study, puts in her best to improve her grades and win a scholarship despite her father’s ridiculous efforts to thwart her attempt initially. But he, too, eventually gets swept along. After all, ‘when you educate a girl, you educate a family’. 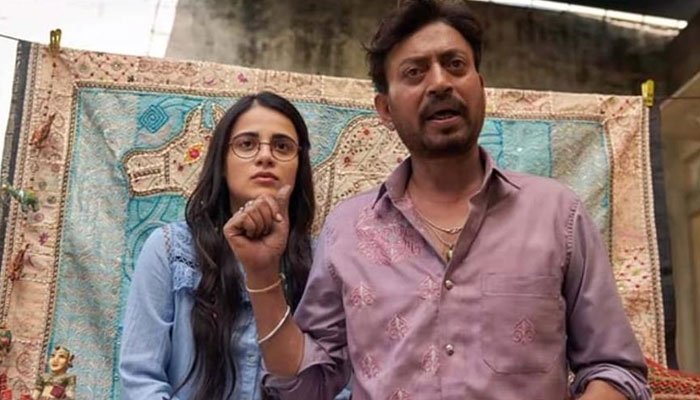 Things go Taru’s way and the entire Bansal clan is chuffed, but there comes a glitch. Champak, however, now committed to seeing his daughter travel abroad, is willing to leave no stone unturned for her rather extravagant dream – as they seek the help of their one time buddy from Udaipur, Babloo (Ranveer Shourey), who now lives in the United Kingdom.

Well, so start the misadventures once they land in London. Champak and Gopi echo the desi stereotype, unable to fathom the videshis. The two brothers on the verge of being deported sneak back as a helpless Taru wonders what has happened to her father and uncle. Meanwhile in London, meet cop Naina Kohli (Kareena Kapoor) who is always on hand wherever the Bansals are. Then there is Tony (Pankaj Tripathi) a passport fraudster.

So not to give the plot away, Angrezi Medium slips between being a discourse on parent and child relationship and the ties that bind, and a Purab Aur Paschim feel. The business of education, the romanticism of a better life abroad, parent-child dynamics are weaved into the narrative.

Irrfan Khan is excellent, his effortless performance breathes life into a narrative which could have fallen flat. His matter of fact approach is what makes reel look real. For a moment you feel Champak Bansal is someone you know well. The film which the actor took on after recuperating from Cancer, there are parts where you for a split second feel, he looks a bit tired, but his approach to his craft is superlative.

Radhika Madaan as Taru is good, but the Rajasthani accent that she tried to put on does not work at all. After giving decent performances in Pataka and Mard Ko Dard Nahi Hota, Madaan looks as if she is trying too hard.

Deepak Dobriyal as Gopi Bansal is great, though in parts the laughs from him seem stretched, but then not the actor’s fault if the writer wanted a caricature.

Kareena Kapoor Khan as Naina Kohli has a startling screen presence, despite her character’s limited screen time. Dimple Kapadia as the angsty single mother Mrs Kohli is awesome and on point. Pankaj Tripathi is totally wasted as Tony, a fine actor whose talents don’t need be squandered away playing characters like these.

Angrezi Medium clocks two and a half hours, and tends to get stretched, the laughter is forced and the story-line contrived. With an amazing talent bank on hand, the film could have been on point, but tends to get into unnecessary rhetoric and conservatism. But watch it for Irrfan Khan, who makes up for all the loopholes.

As Per This Scientist, We Might Just Be Living In A Giant Bubble