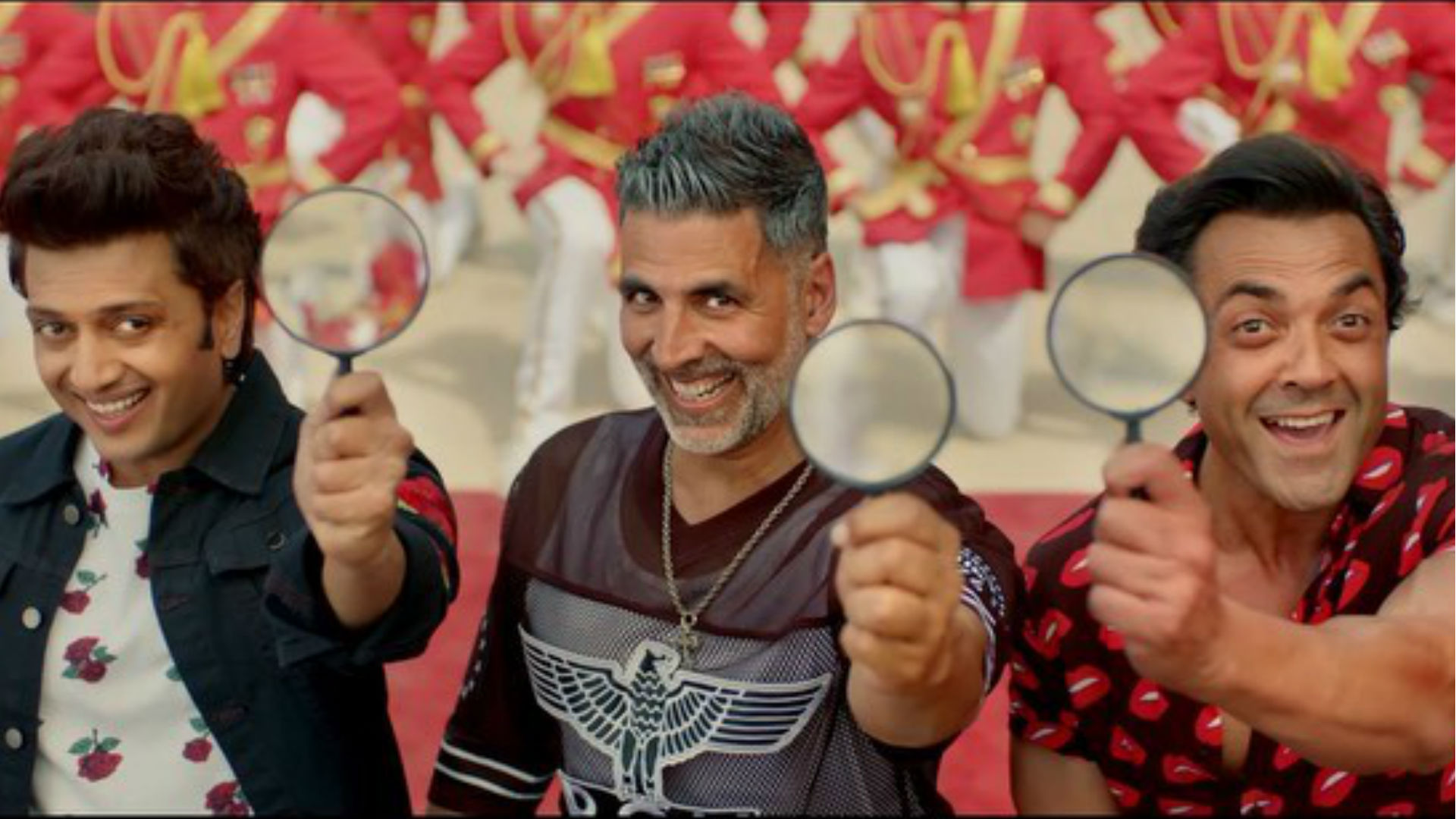 I watched ‘Housefull 4’ and lived to tell the tale. I have never watched the previous three, guess good sense had prevailed then.

So, meet Harry, or is it ‘Hairy’, (Akshay Kumar) who runs a hair salon in London, but it’s his memory that is choppy as it comes and goes, we are alerted when his eyes turn into those resembling a chipmunk. Meet his two friends or are they brothers, that’s how confusing this narrative is – Max (Ritesh Deshmukh) and Roy (Bobby Deol). 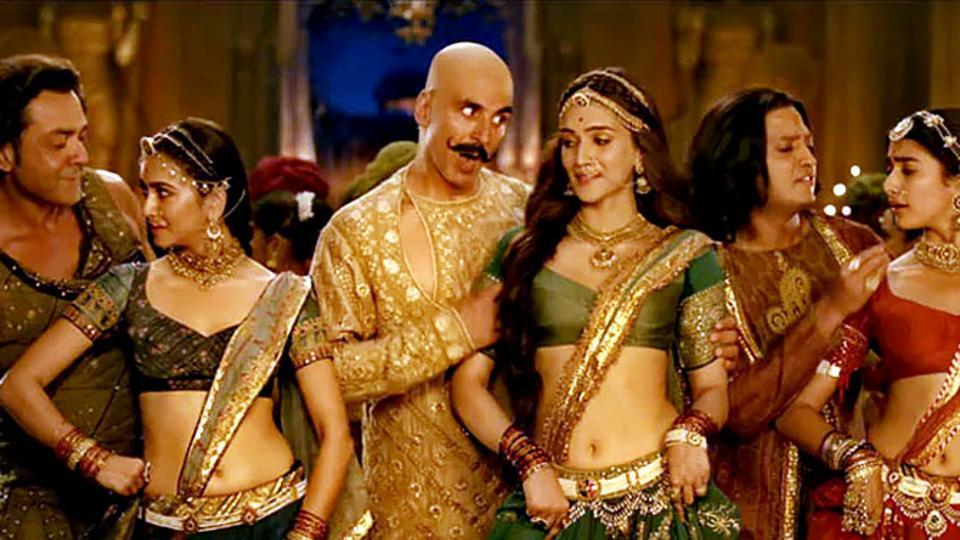 These three are in-debt to a Mafia Don and to pay off his money they say they are all set to marry three rich sisters, who are the heiresses. So meet Kirti (Kirti Sanon), Pooja (Pooja Hegde), and Neha (Kirti Kharbanda), and their father Thakral (Ranjeet) who has a roving eye when it comes to other girls.

So, Daddy gets convinced after one incident that these lads are the best bet for his daughters, they plan to have a destination wedding, but where? The globe keeps turning them towards India, and a place called Sitamgarh.
As the Londoners arrive at the palace of Sitamgarh, they are received by Winston Churchgate (Johnny Lever) and the bell boy Akhri Pasta (Chunky Panday).

Here’s when another turn comes as Akhri Pasta recognizes each member from a previous lifetime, 600 years ago.
Harry gets flashbacks of a palace and coup, meets Akhri Pasta to figure out why was he greeted as Bala and why is this place familiar.

We are taken to two kingdoms, Sitamgarh and Madhavgarh in 1419. Harry is actually Bala, the bald Prince with an evil temper, who is calculating and wants to overthrow his father the King (Gufi Paintal). Bala apparently has no hair on his head and that has, in a way, affected his sense of being. Anyway, Bala who tries to make a bid to kill his father is banished from Madhavagarh.

But, it’s Pasta, (where did Madhavgarh get an Italian connection, I couldn’t figure) however, tells him he could be twice as rich if he heads to Sitamgarh for the King’s birthday. Bala heads to the kingdom, and presents the King (Ranjeet) with a potion for his performance with his 147 concubines.

Here, we meet the Princesses Madhu, Mala and Meena. As Bala sets his sights on Madhu (Kirti Sanon) the other two are involved with Bhangru Maharaj (Ritesh Deshmukh) and Dharmaputra (Bobby Deol).

In the medieval kingdom, we have the most innane dialogues as Bhangru Maharaj the dance guru says, ‘Mere guru Govinda aur Prabhu Deva Hain’ and Mala (Pooja Hedge) uses lines such as ‘Jaati hun main jaldi hai kya’ and ends it with ‘Isse gaana hona chahiye’.

The manipulative Bala hatches a plan with the other lads to woo Madhu. Things are in place after a tricky ‘swayamvar’, but on the day of the wedding there is an attack from Raja Dagubatti the villain in the happily ever after. Sitamgarh is under siege and this is when Madhu learns Bala’s truth, but all is settled within a minute. However, under threat from the enemy, there is little the lovers can do, as the palace comes crashing down, and it’s the end of the love story even before it begins.

Cut back to 2019, Harry realizes each one of the boys have switched their partners in this lifetime, and that needs to be resolved, Kirti is with Bobby instead of him, similarly Pooja is with him and not Ritesh. 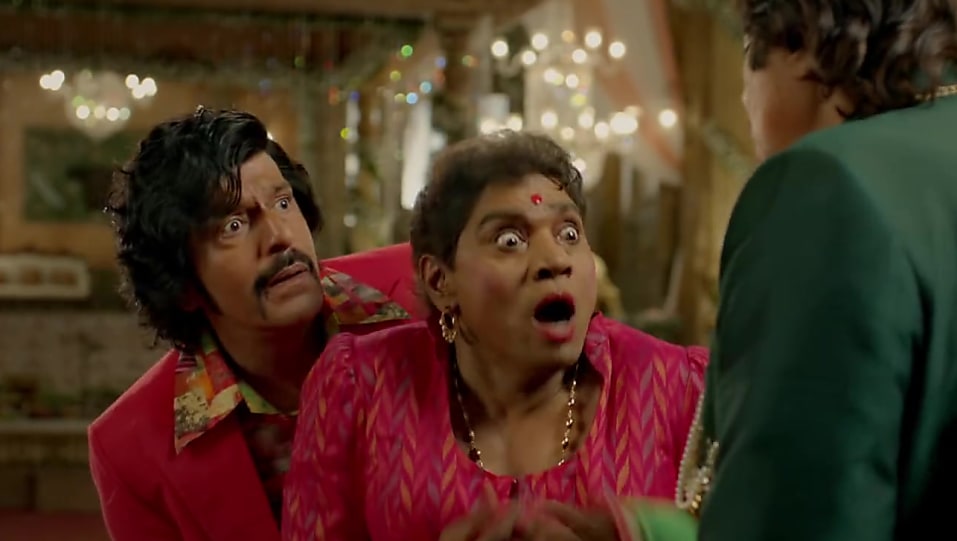 A few minutes post intermission the film had lost me. Confusion galore, forced one liners, gags and breaking into a song as and when they resolve the crises in their life. So, the picchle janam ke dushman Raja Dagubatti and new dushmans like Nawazuddin Siddiqui pop on and out and you are like ‘can this torture end please!’

It’s Akshay Kumar who drives the show, he has great comic-timing and, of course, is the central character of the film. The one who stole the show for me, however, was Ritesh Deshmukh. His straight faced comedy got the maximum laughs from me. Amongst the girls, it’s Kirti Sanon who has the most footage, but the ladies have precious little to do, they are mere accessories.

Housefull 4 is the best example of ‘leave your brains at home’ kind of film. I honestly came back with a headache and a question – ‘why oh why did I watch it?!’

Apparently, Indian Millennials Are Now Opting For A Secular And Green Diwali

One Country, Different Ways: This Is How India Celebrates Diwali