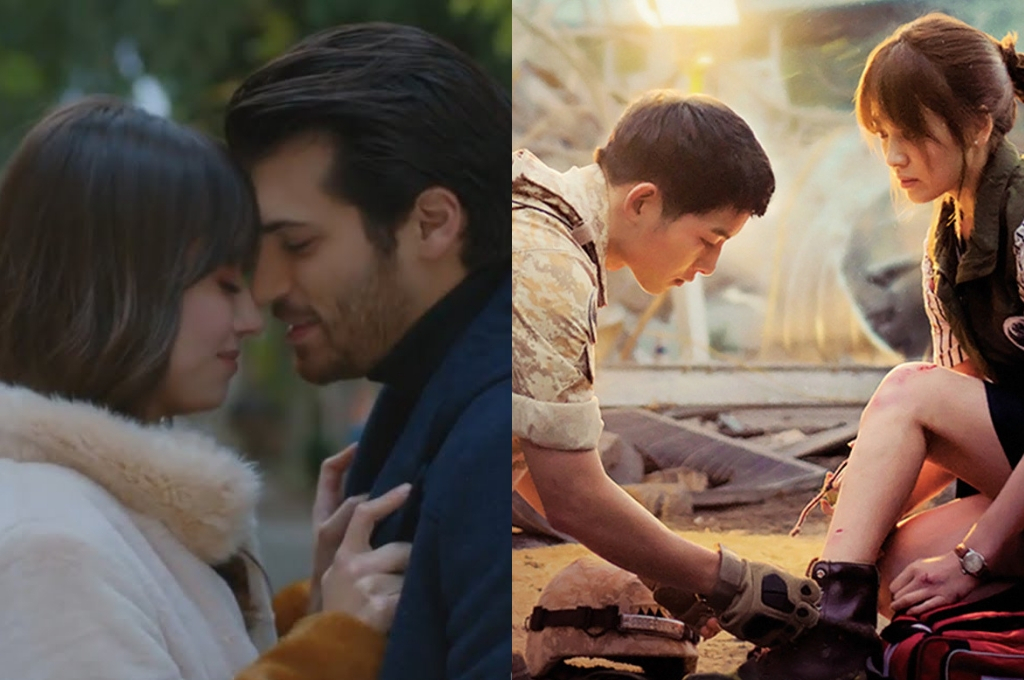 I belong to that 1 percent of the population that has never ever watched a single episode of Games of Thrones, and I don’t intend to either. So kill me, but I have no clue what the big deal is about Jon Snow or whatever his name is.

On the other hand, I am a “serial” watcher, (pun not intended!) of Turkish and Korean Dramas. The perfect blend of romance, drama, comedy, and soundtracks which transport the likes of me into the make believe world of “Dramaland”.

So, let’s start with my K-drama recommendations! You could start with Descendants of the Sun, my initiation into the world of  K-drama’s. The love story between a soldier and a doctor is bitter-sweet as they brave the odds. The chemistry between the lead couple, Song Joon Ki and Song Hye Kyo, so electrifying that ‘reel’ romance translated into ‘real’, and the Song Song couple were married a year later.

K2- he is a fugitive on the run for a crime he didn’t commit, hired as a bodyguard by the wife of a presidential candidate. K2 played by Ji Chang Wook gets involved with the reclusive “illegitimate daughter of the politician”. Will love survive the dangerous games? Ji Chang Wook’s Jeha is just the brooding strong guy who will make you heart go tralalala.

Another Ji Chang Wook drama is of him playing the Healer, a night courier who, for the right price, gets his clients what they want. But little does he realize, getting involved with an aspiring journalist would get the two into a rather sticky situation!

Queen of the Game, now this is an old drama, but engaging enough! The bad boy who tries to avenge a man who wronged his mother by making a play for his daughter. Only to realize falling in love with her was not part of the bargain and retribution is a dangerous adversary.

Heirs- rich boy, poor girl meet accidentally, only to realize her mother is the help in his house. As love blossoms, can it survive the class differences. Heirs stars Lee Min Ho and Park Shin Hye

What happens when your soul gets switched? Welcome to the Secret Garden, a stunt-woman who dreams to become a martial arts director, and a rich CEO battling his anxieties have their souls switched. A unique romance unfolds!

On the Way to the Airport, an intense drama, that still endears. An architect and a stewardess, married to two different people strike a friendship. But, as it turns into something more, can they tread the forbidden path together?

Something in the Rain, a younger man and an older woman, is age a barrier when it comes to love ? A lyrical romance, it’s a soppy watch and you can hear Bruce Willis crooning “save the last dance for me” in the background.

Moving away from K Dramas, let’s take a trip down the Bosphorus and the world of Turkish Dramas. I am a recent convert and so hooked! Well, can’t blame me, have never come across such a gorgeous sea of humanity; and also the language is easier to comprehend, with many words similar. Okay, just making one thing clear here, the “Feriha” and the world of  Hindi-dubbed Turkish dramas completely bypassed me.

Dolunay, which means “Full Moon”, is your typical ‘Mills and Boons’ Drama. He is rich, gorgeous and aloof; she is a struggling chef, vivacious, and lives life to the fullest. They are the perfect ingredient for a sizzling romance, but the recipe for love goes awry; as the couple battles misunderstandings, vendettas, and mishaps till they finally get their place under the moonlight. Starring Can Yaman and Ozge Gurel, the Ferit-Nazli chemistry will make you go aww.

Kiraz Mevsimi, or the Cherry Season, is another one of those sweet romances but with too many plots and sub-plots.  The story of an aspiring fashion designer Oyku infatuated with her best friends brother, runs into his best friend Ayaz. What starts off as “irritation at first sight blossoms into a love of a life time”. It’s a long-watch clocking in 59 episodes, but the Ayaz Oyku chemistry is what romances are made of. Starring Ozge Gurel and Serkan Cayoglu, who transitioned from reel couple to real.

Kiralik Ask or Love for Rent, the female protagonist is paid to make the hot-shot intense shoe designer fall in love with her. But, little did she bargain for what would happen next! The turbulent love affair between Omar and Daphne clocks in nearly 70 episodes.

Erkenci Kus, or Early Bird, now, this is making waves on Turkish TV but I found it a bit tedious since the story is being stretched a bit. An aspiring writer lands a job at an ad-agency to escape a marriage proposal. He is a wild at heart photographer who rather roam the wilderness than sit in an office. An accidental kiss between Senem and Jan unleashes a chain of events.

Well, that’s enough for you to survive the Game of Thrones season finale, and don’t worry about getting lost in translation, subtitles to the rescue and hey! You could also pick up a new language.

From Viral Fans To High Court Bans, A History Of Tik Tok App