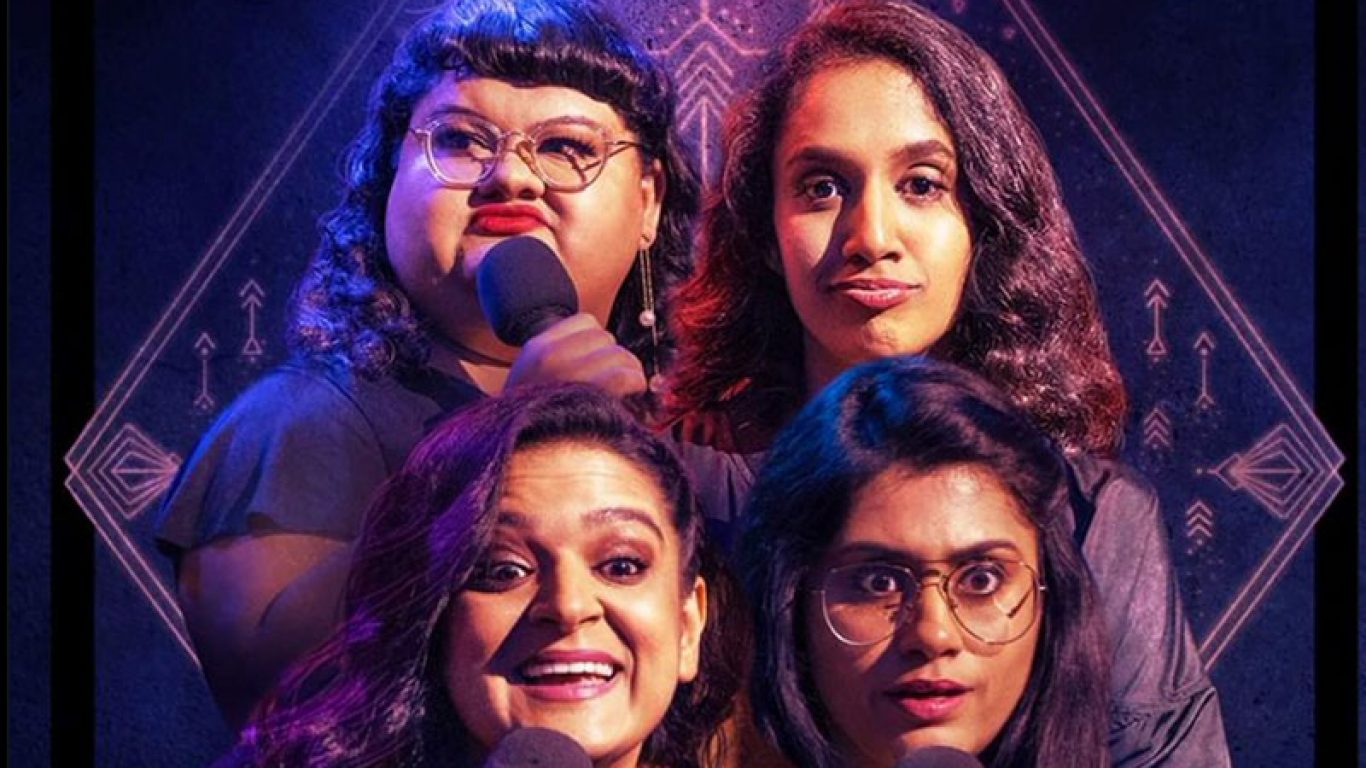 Lockdowns, self isolation and social distancing – if it all sounds like something from a Dystopian universe, it’s sadly our reality these days. With a large chunk of the world observing self quarantine, humour is indeed the need of the hour. A few laughs would go a long way in lightening up the mood and lifting the cloud of uncertainty which many of us are facing.

Ladies Up, the first Original Stand Up special brings together four ladies, who through their brand of humour, narrate instances of their adventures in life and being a woman in a space that’s essentially been dominated by men. The show features Kaneez Surka Niveditha Prakasam, Supriya Joshi and Prashasti Singh. 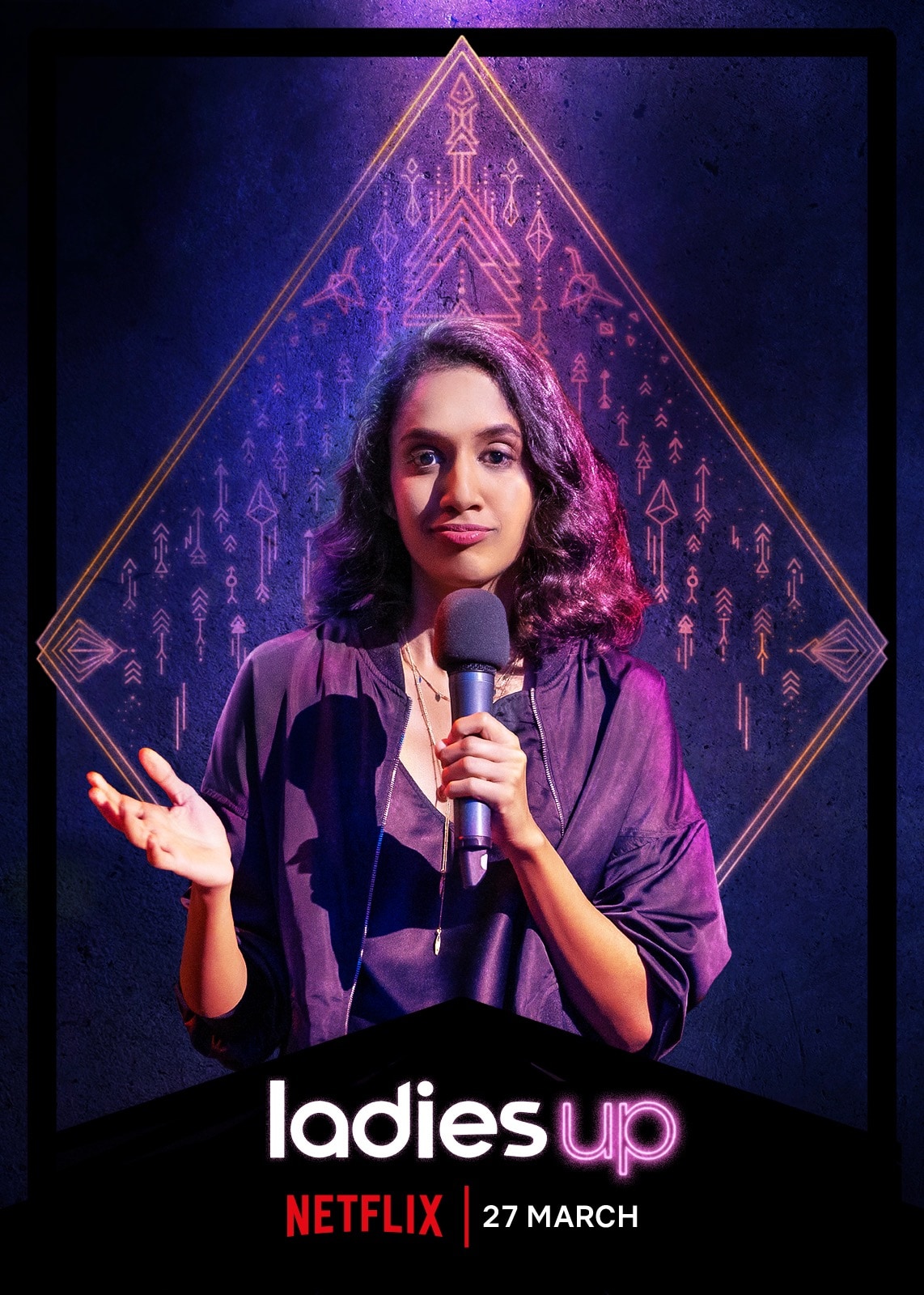 So , having watched all four, let me start with the best, Niveditha Prakasam, straight face and matter of fact born in Kenya raised in Coimbatore, Niveditha dishes out wit over teen crushes, being raised in a conservative Tamil family, where they all got into arranged marriages and so none one looked any different from the other. Her other pet peeve being the Tamil film industry – how it does no favours to a community that’s obsessed with it.

So from being seen a loose woman since se dressed in jeans and tee shirts, she takes off on how as teen with raging hormones the only way girls in Coimbatore could look at boys was getting into a crowded bus and which, too, segregated between men and women, it was the bus conductor who was the most sought after man.

The disservice of Tamil cinema, where the hero so high on self-esteem always manages to get the “white girl” and beat up a cute North Indian, you wonder if this is for real, as the rest of the community emulates and hopes for a similar scenario. She shows a lot of promise. I actually would have had her in three of the four episodes. 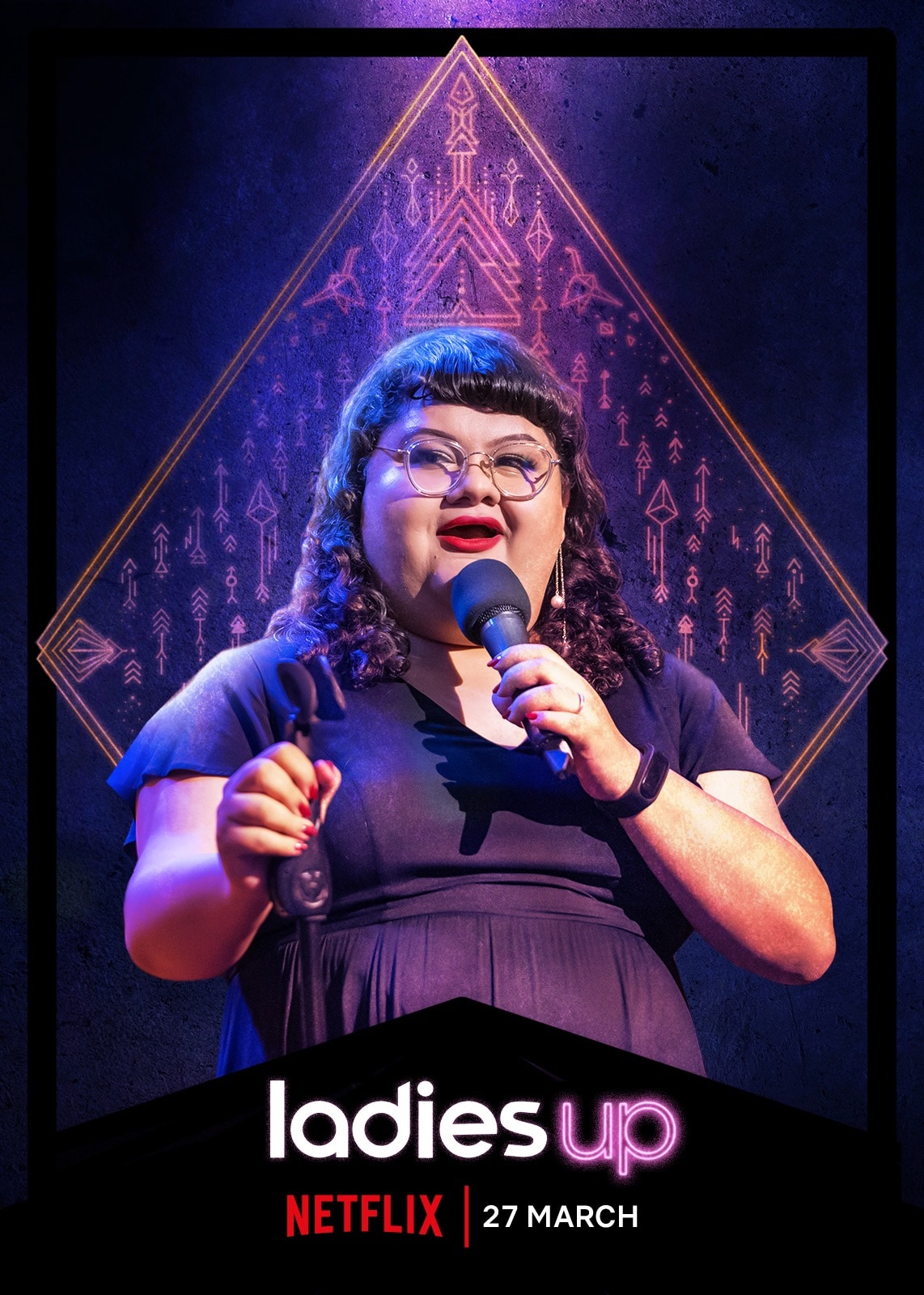 My second vote goes to the reluctant Malad resident Supriya Joshi, who ruminates on revenge bodies of regrettable boyfriends on how she preferred watching TV when her boyfriend made out with her best friend, which she says proves, that she has good taste in TV and her friend has a bad taste in her mouth. So from embracing her plump frame and how she prefers giving the time on her fitness tracker as calories burnt, to an entire monologue on flavoured condoms and who really cares for it being authentic in taste, except for the man who is testing them in a lab, Supriya gets you the laughs. 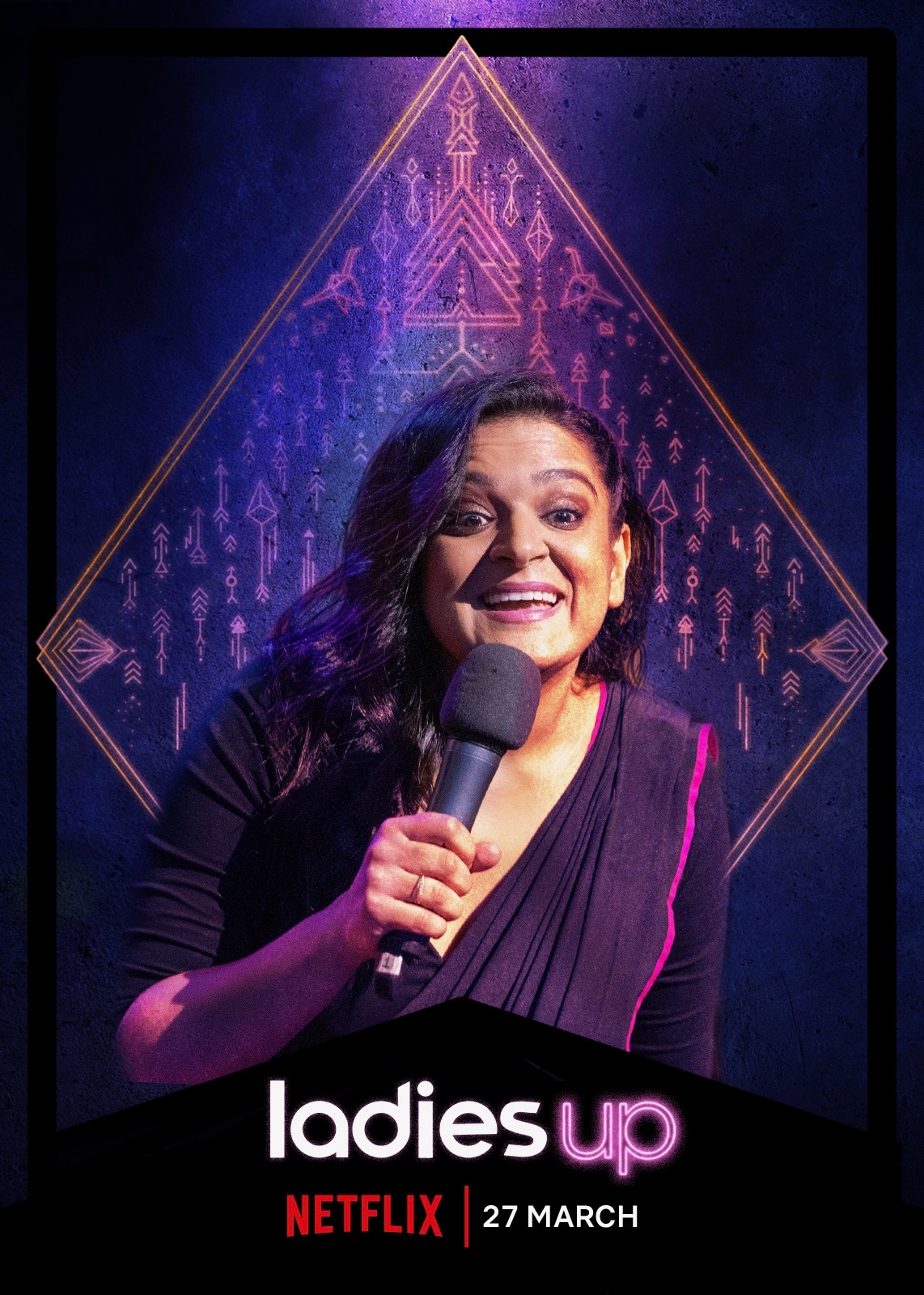 Labels don’t scare Kameez Surka, who mocks her accent which she says has not come from a 10-min stopover in London, but having been brought up in South Africa. From her fake tears which turned into real during her bidaai, Kaneez laughs at her own divorce and how her biological clock is going insane since the men prefer wearing condoms. So from South Africa to India, being questioned about animals in her back yard and stepping on poop piles, Kaneez does make you laugh in bits. 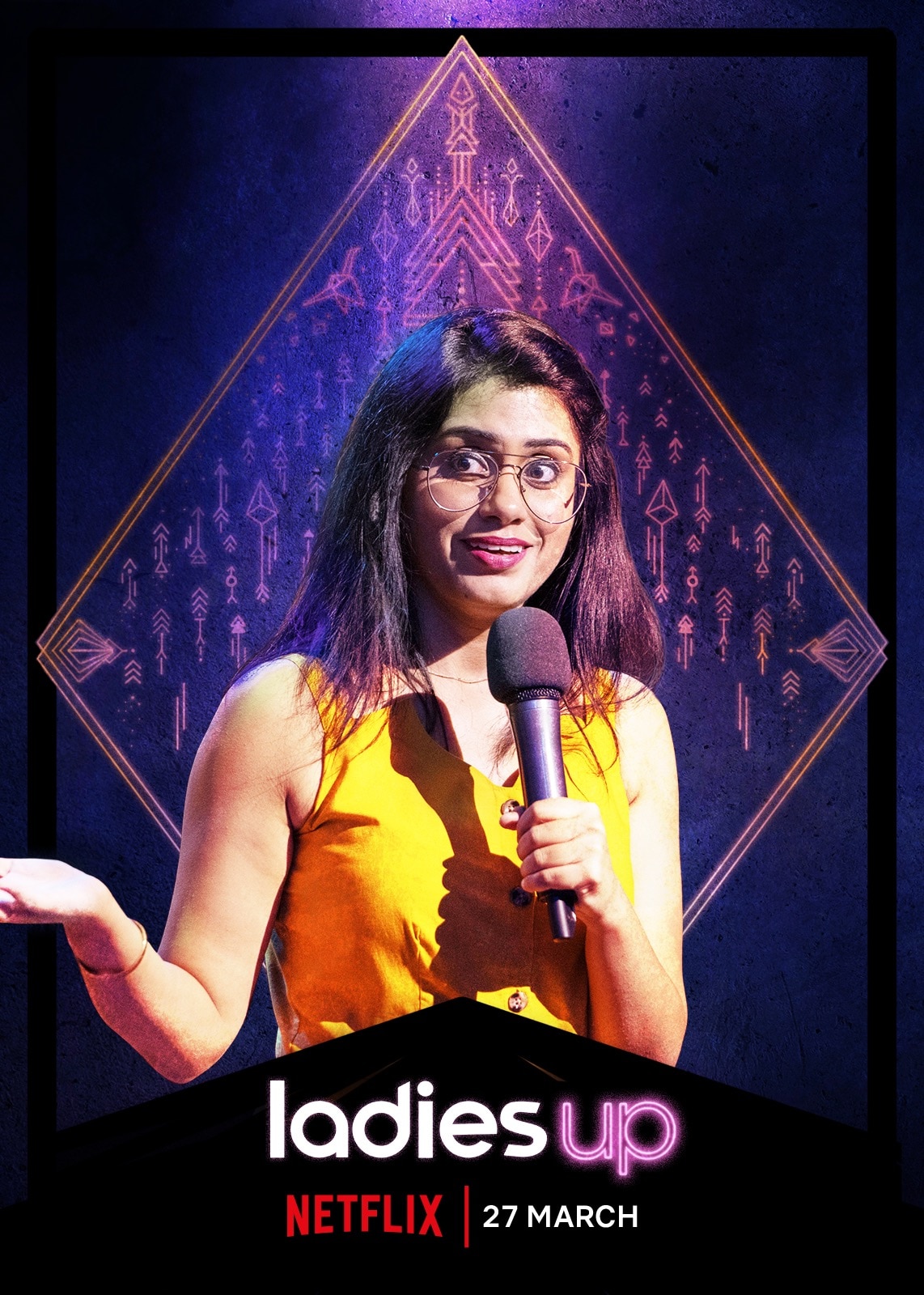 A woman from UP transplanted into Mumbai, Prashasti Singh takes on questionable parental support to disastrous dating prospects, I just found her trying too hard and forced.

Ladies Up is not a bad watch in these times, suggest Netflix gives Niveditha her own show, it would be worth it. Ladies Up streams on Netlfix on March 27.

Chef Floyd Cardoz Passes Away After Testing Positive For Coronavirus