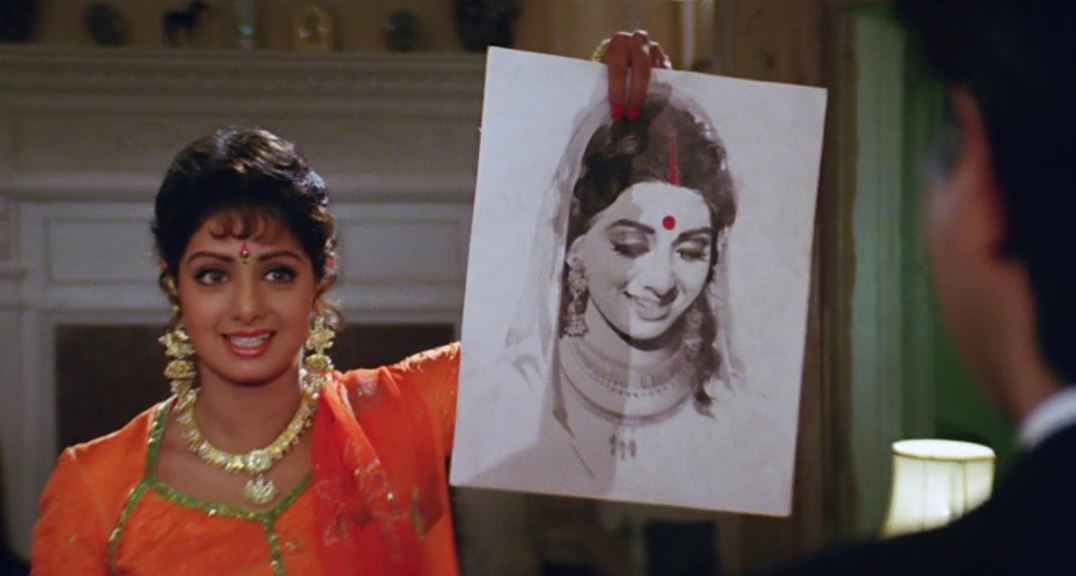 27 Years Of ‘Lamhe’: The Timeless Film That Made Us Laugh, Cry & Fall In Love!

Yeh lamhe yeh pal hum barso yaad karenge, and its time to walk or should I say dance down memory lane – since it was this day, that year, 27 years ago, when the movie Lamhe hit screens.

I remember watching the third show on the first day, I couldn’t make it for the first show (blame it on college and classes). Lamhe remains my most favourite film of all time ever, and box-office be damned. The movie was given the verdict of a flop since our audience was still reeling from the after-effects of the 80’s, and it’s over the top  exaggerated story-lines. They perhaps couldn’t fathom the story of a man caught between his love for an older woman and her daughter’s love for him, years later.

So for all those, who in 1991 told you what was wrong with Lamhe, let me tell you, what was right with Lamhe.

It was a story way ahead of its time, as economic liberalization was making it’s way to India, but social liberation was still furlongs away. The story of Viren was played by Anil Kapoor, who visits his ancestral home in Rajasthan only to fall in love with the beautiful, winsome and much older Pallavi played flawlessly by Sridevi.

As he watches her dance and sing Megha Re Megha and do a Morni Baga Ma on the sand dunes, his heart aches to  proclaim his love for her. But Pallavi is awaiting her Air Force officer beau, played by the light-eyed Deepak Malhotra, who arrives soon after, marries her and takes her away.

But was that end of Viren’s love story? Well, as a matter of fact, it would just be the beginning, only a touch 18 years later. Pallavi and her husband die in a car-crash, leaving behind a daughter Pooja (Sridevi in a double role), who is raised by Viren’s ‘Dai Jaa’, played by the evergreen Waheeda Rehman.

Pooja grows up waiting for, and infatuated by Viren, whose house she has grown up in. Oblivious to the fact that Viren loved her mother, Pooja relentlessly pursues him. Viren, shocked to see the resemblance between the two, tries to keep away; but finally, love triumphs, as he is told Pooja is not Pallavi and the notion of age, when confronted with love, is irrelevant.

Now I ask, where in Bollywood have you seen a story line like that, ever? This is despite all the talk about mature, new age stories.

It may have been bold for those days, but kudos to Yash Chopra for doing a truly hatke film. The sensitivity with which the theme was dealt with, and the judgment without which Viren‘s love for an older woman or Pooja’s adulation for a man old enough to be her father, was portrayed, didn’t follow any Bollywood adage.

The characters were treated as regular and normal people dealing with their own baggage and heartache, not someone who came with a mental issue which required psychiatric help.

Sridevi was perfection; playing the dual role of mother and daughter. I remember telling her on every occasion I met her, that Lamhe was my most favourite. Here’s a trivia for all of you about this movie, while shooting for the famous antakshri song between her, Anupam Kher and Anil Kapoor, Sridevi was going through a difficult time. Having just lost her father, she still easily resumed playing the character with ease of a chameleon.

Anil Kapoor, on the other hand, had the toughest job playing a besotted lover to an emotionless man, who is dealing with the loss of the love of his life, and suddenly finding himself as the object of adoration of a younger girl. But, it was him as the older Viren, with his shades of grey, that had many of us sing along with Sridevi, kabhi manin kahun!

Waheeda Rehman, as Dai jaa, and Anupam Kher brilliantly played their parts, their loyalty towards both Viren and Pooja never once came with sermons of yeh pyaar namumkin hai. They believed in the refreshing idea of following your heart, and all will fall into place.

And last, but not the least, the sound track! Poetry in motion! Anand Bakshi’s pen weaved magic with each song and can I say that this playlist is truly timeless?!

Of course, Lamhe also announced the end of Deepak Malhotra’s career, as he squeaked “Pallo”, the poor chap left the industry and now goes by the name of Dino.

And now, even as it turns 27, Lamhe remains Bollywood’s most progressive and timeless films!