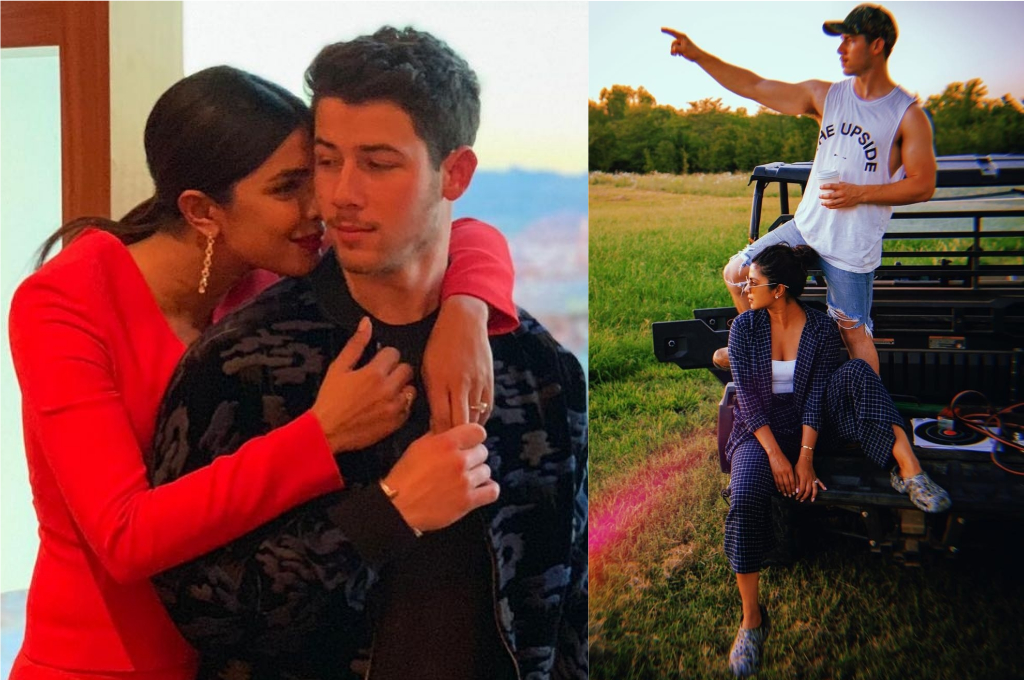 We’ve barely recovered from the hangover of the Deepika-Ranveer wedding, and it’s almost time for the other star-couple, that is all set to walk the aisle, and say ‘I do’. Yes, we are talking about Priyanka Chopra and Nick Jonas, who are tying the knot in December, after a whirlwind romance.

I remember talking to film critic, Aseem Chabbra, who recently penned the book, Priyanka Chopra – India’s First Global Star Remarking. He said, “This one (the Nick-Priyanka romance) is for keeps”, as images of Priyanka and Nick clicked in the United States were splashed across tabloids. Priyanka has never been this open about her relationship, ever; and if she is now being photographed with him openly, it means “he” is the one for her.

How It All Started

Barely had I nodded in agreement, that the images of Priyanka and Nick arriving in Mumbai together broke out on TV. Snaps of cozy dinners and arriving hand-in-hand at an engagement party, which was attended by all in Mumbai, were Priyanka’s way of saying, MEET MY MAN! He was a singer, and ten years her junior (Nick was 7 when Priyanka was crowned Ms World in 2000).

They first met at the MET GALA in 2017, and since they were wearing the same designer, they decided to go out together. By his own admission, a smitten Nick started sending her messages soon after, and the rest as they say,  is history.

Their respective social media accounts became the chosen platform to express affection, as heart-eyed emojis  further confirmed the burgeoning romance. In a matter of weeks, the buzz of an engagement began doing the rounds. Priyanka, who had signed for a film opposite Salman, made an exit “in the nick of time”, and before we knew, she was flaunting her rock-sized Tiffany engagement ring.

Taken.. With all my heart and soul..

The one thing that has always struck me about Priyanka, is her drive to succeed. She is known to pack in a 48-hour day in 24 hours. A workaholic, who is known to push limits, there have been times she has been running a high fever or fatigued after transcontinental flights, but has never compromised on her commitments.

I remember meeting her after she had flown from LA to London to Delhi and back to LA, all in a matter of three days. Her response to my ‘how do you cope with jet lag?’ was, ‘I have trained my mind, which controls my body not to feel the jet lag.’ I was astounded, and not surprised at all, since anyone who has met her knows she has what it takes. From her career path to personal life, Priyanka took the bouquets with same ease, as she did the brickbats.

After a transition to TV in America, Priyanka Chopra became a household name. Even though Quantico didn’t fare too well with the rating, her popularity was on an all-time high.

From red carpet appearances, to Oscar and Globe outings and TV shows, Priyanka was India’s best export to the United states. As many naysayers panned her accent as trying too hard, the club of supporters was stronger, cheering every move of hers.

She candidly spoke about past relationships in interviews, making us wonder who it could be, but she has never been one to kiss and tell.

And when cupid struck, the actress was willing to go all for it! The couple admitted that “it just felt right, and we jumped right in”.

The bride to be seems visibly excited, as she has already had two bachelorettes – one in New York and the other in Amsterdam. And no, what happens in a bachelorette does not stay there! Because she splashed her Instagram posts with pictures of her squad having a wildly good time together.

The wedding, which is to take place on Dec 1, will not have Priyanka’s Bollywood fraternity in attendance, according to sources. The reasons could be plenty, and there would be many theories to accompany them too, but as her Don co-star Shah Rukh Khan said, when asked about both his leading ladies – Priyanka and Deepika getting married around the same time – “Begaani shaadi mein Abdullah deewana”!

#KingKhan has something to say about #DeepVeer and #Nickyanka.. Find out!

So as Nick-Yanka are ready to start their new journey as man and wife, all we can say is, it’s balle balle time from Bollywood to Hollywood!

How To Have A Successful Cross Cultural Wedding Just Like Deepveer