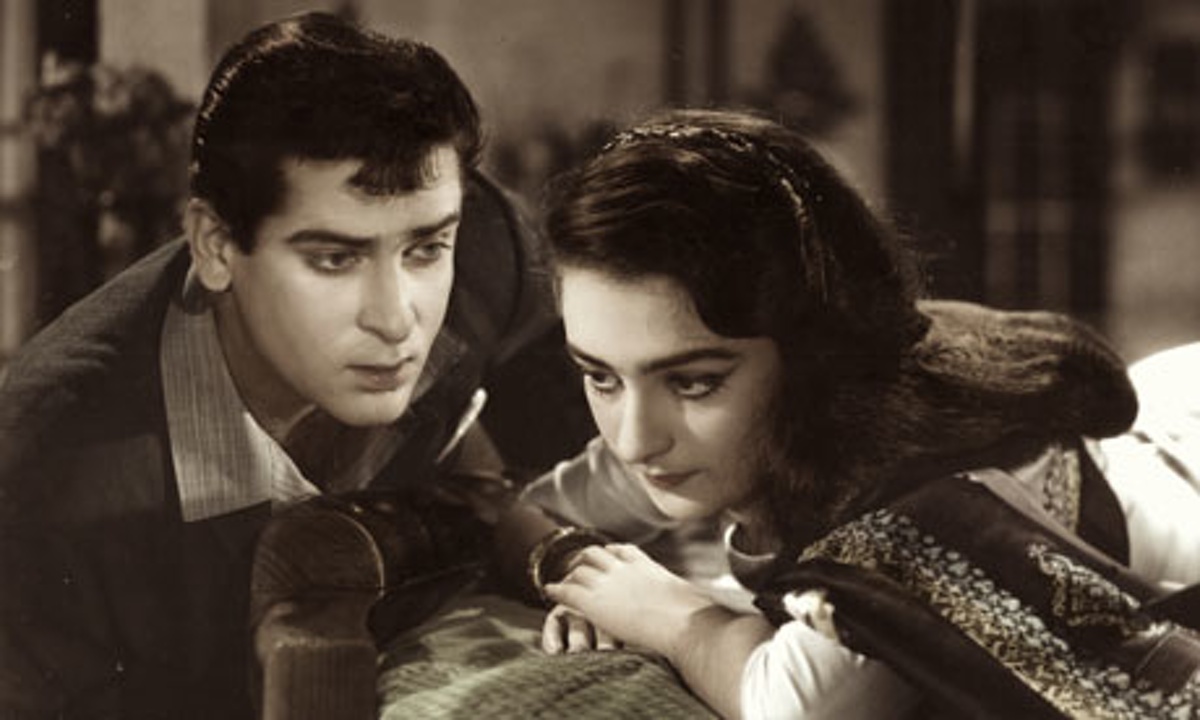 Remembering Shammi Kapoor: The Flamboyant Star Who Made Bollywood Jive

‘Yahoo! Yahoo! Chahe koi mujhe junglee kahe!’ That was my introduction to Hindi cinema’s ‘Rock n Roller’ Shammi Kapoor, who was seen dancing with unabashed abandon down the snowy slopes of Kashmir, in ‘Junglee’. 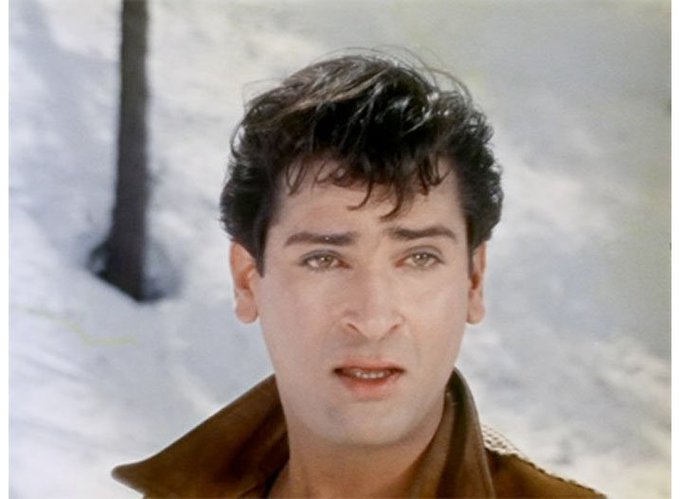 My earliest memories of Shammi Kapoor have been of him dancing with gusto, a la Elvis Presley Jailhouse Rock moves in ‘Baar Baar Dekho’ in ‘China Town’ to twisting away to ‘Aaja Aaja Main Hun Pyaar Tera’ in ‘Teesri Manzil’, or he was atop a boat serenading a wide eyed heroine to ‘Yeh Chaand Sa Roshan Chehra’ in ‘Kashmir Ki Kali’ or indulging his screen-daughter with ‘Haina Bolo Bolo’ in ‘Andaaz’. 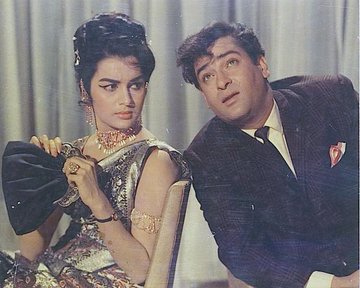 I remember meeting him at his Mumbai residence in June 2011, what would be our first and last meeting, he passed away soon after, on August 14. He was a master storyteller. Despite being unwell, he indulged my curious self with stories and anecdotes, and I could have kept listening in to him, since there was not a dull moment. His stories, just like him, were extremely engaging.

The illustrious Kapoors may be the first family of Hindi cinema, but the actor, recalling the past, said, each one of them had to earn their stripes. His father – theatre director, actor and filmmaker Prithvi Raj Kapoor – made sure that all his sons Raj, Shammi and Shashi worked as apprentices at the studio, learning the craft before they took on any responsibility.

His initial years in the industry were a struggle. “I was the unsuccessful brother of the successful Raj Kapoor. I was all set to give it all up, travel and do my own thing.” He has 18 flops to his credit till Nasir Hussain’s Tum Sa Nahi Dekha, which catapulted him to stardom. The film was initially written with Dev Anand in mind, who turned down the film and it benefited Kapoor in more ways than one.

Shammi Kapoor recounted, “Nasir got me new clothes, made me shave off my pencil thin mustache, a new hair cut, and there I was transformed”. The urban, swashbuckling, flamboyant hero, who became a symbol of the post-Nehruvian Era of being free and celebrating your independence. He brought with him a James Dean like – ‘rebel with a cause’ vibe. Tum Sa Nahi Dekha was followed by Dil De Ke Dekho. 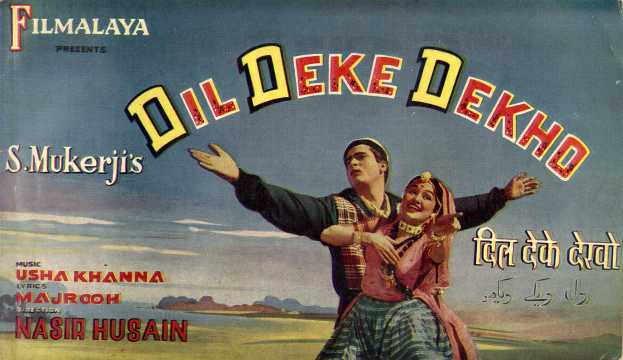 Nasir Hussain and Shammi Kapoor developed a deep friendship and an understanding, Shammi Kapoor recounted how soon after the death of his first wife Geeta Bali, when he was filming Teesri Manzil, ironically the song Tum Ne Mujhe Dekha – ‘Nasir Saab, kept the set standing for him for three days and asked him if he was ready to film the song, which he did’.

The pain and pathos evident, as the actor, who, having just lost the love of his life in real serenaded his on screen love. 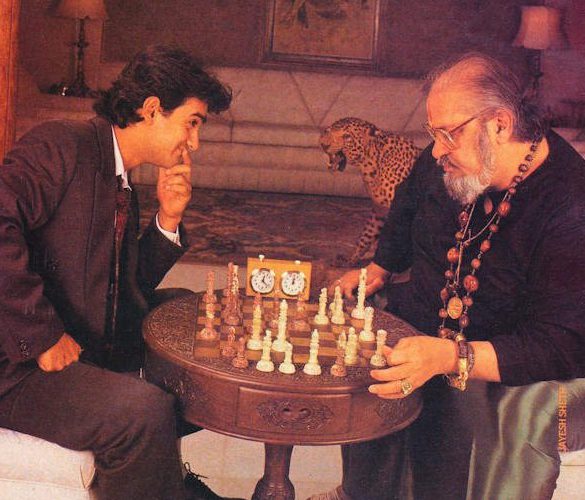 Many a leading lady – from Asha Parekh in Dil De Ke Dekho, Saira Banu in Junglee to Sharmila Tagore in Kashmir Ki Kali and Kalpana in Professor, made their debut opposite Shammi Kapoor. He recounts how he had told Saira Banu on the sets of Junglee that ‘she couldn’t act to save her life’.

But if there was an actress who literally gave him a run, was dancer Helen, ‘she could move, and to match steps with her you had to be on your toes’, remember Aiya Aiya Suku from Junglee.

His nephew Rishi Kapoor acknowledges that ‘the dancer in the family is and will always be Shammi Uncle, and the way he romanced the ladies on screen, you can’t beat that’. 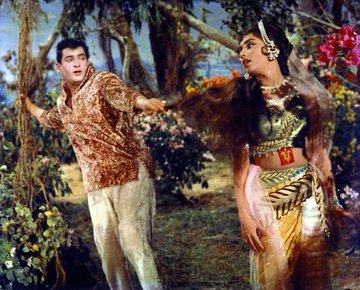 But if there was one person Shammi Kapoor always gave credit to was singer Mohd Rafi.

He was my voice, this mild mannered man could modulate his voice according to the mood and situation. We used to have many a jam session with composers Shankar Jaikishen, unlike today where the actor is far removed from the song development, we were involved.

The day Mohd Rafi died, on July 31, 1980, Shammi Kapoor had summed his tribute with this simple line ‘I lost my voice’.

Shammi Kapoor was not all about rock and roll and ‘yahooing’ down slopes. His flair for comedy was unparalleled, there was a natural spontaneity and comic timing, but he could deliver a heartwarming emotional performance, as seen in a Pagla Kahin Kaa. 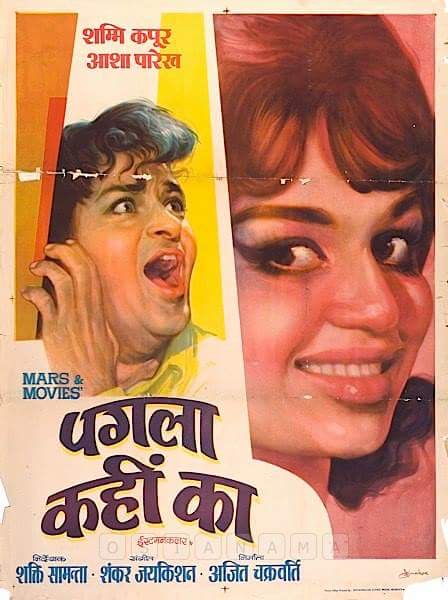 Being a reporter and in the business of news, one tends to get desensitized. It’s not a thing to be proud of, but such is the nature of the job. But the day I heard of his passing, I wept and wept, but the tears soon dried, as we sat down to edit his obituary – a tribute to him via his chart-busting hits. It seemed as if in death, too, he had lightened the atmosphere and got the party started with his hummable songs. After all, ‘the show must go on’.

The First Trailer Of ‘Little Women’ Has Our Hearts In Full