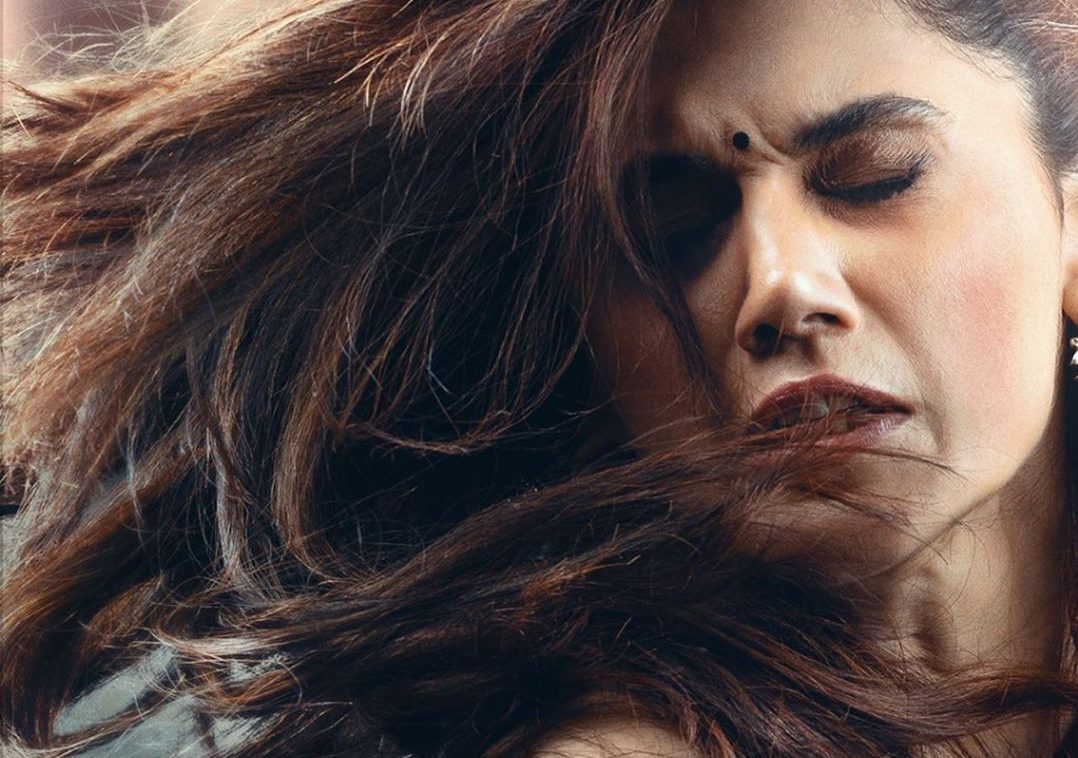 Reel imitates real and vice versa, there are stories we hear everyday, some which disturb us- but we brush them under the carpet with a, “it happens with them”, or “it’s never happened with me”, but are we lying to ourselves all the time? Taapsee Pannu’s Thappad tackles the issue of domestic violence in a subtle way but packs a powerful punch. It makes you question the everyday misogyny and abuse: be it newspaper stories to narratives we see unfold on screen, from gossipy whispers to images staring back at you on a daily basis.

So, here we meet a besotted housewife Amrita (Taapsee Pannu) who lives her ambitious husband Vikram’s (Pavail Gulati) dreams; makes sure he has his lemongrass tea first thing in the morning, his sugar-free breakfast to handling the printer issues and keeping his files in order! She is happy organising his life and taking care of his mother, as she teaches Kathak to her young neighbour, she downplays her own talents with a “mujhe acche paranthe banane nahi aate“, the niggling pain in her ankle be damned as long as Vikram is happy and comfortable. 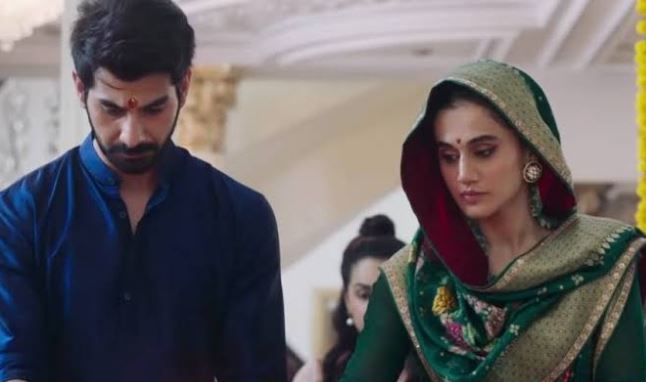 So as Vikram aspires to clinch a big transfer to London, Amrita with her positivity is cheering him on as he gets moody and cranky, and so Vikram does get the deal and as Amrita celebrates there comes a slight glitch and the first victim of Vikram’s angst is, who else but Amrita!

Smack! A hard slap as she tries to calm him down, a stunned Amrita can’t fathom the action, she goes quiet and recedes into her shell. So used to her household help narrating her own physical abuse at home, it’s a poignant moment when Amrita and she exchange glances, a sisterhood moment which says, “me too”.

From then on Amrita begins to question everything in her life, a slap that’s shaken her from the reverie of her so called “domestic bliss”.  The many silent slaps she has taken to create the life that would meet with the expectations of her husband and family. As voices around her tell her to let go off it, after all it’s “just a slap which came in the heat of the moment:! As her sheepish husband makes no attempt to apologise, after all Amrita would understand, her mother and mother in law ask her to let it go, “these things happen, Vikram was upset and she just happened to be there.” 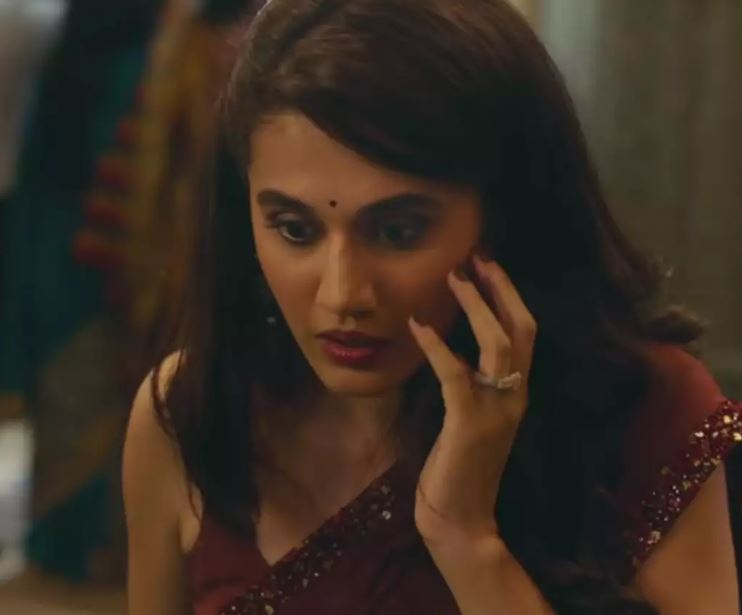 Amrita decides to take a stand, wanting space from Vikram and then telling him that she wants a divorce; she cannot live with a man who she does not love anymore. As the lawyer, who she approaches, also tells her, one slap is not a strong case, since Vikram does not have a history of abuse, they have had a good marriage going, so best not to go to extremes.

But, Amrita stands her ground. She wants a divorce  from Vikram who remains in denial but she decides to play fair.  The case for her is simple, even if it’s one slap, it’s not okay!

It’s just a slap- yes the thought comes to mind but then as you process Thappad you realise the strength of it’s message, a society that has so conditioned it’s women with the typical statements like:  shaadi mein aisa hota hai , compromise karna padhta hai, log kya kehnge to this is the plight of women and bardasht karna seekho.

Just recently we had Kabir Singh, the character in a fit of rage slaps the so called love of his life Preeti, what was shocking was the scene which was no laughing matter seemed to have tickled the audience men and women alike, the justification: “he loves her so much so it’s okay if he can’t control his rage”.

Thappad questions just that, if he loved her and cared enough of her this was the one thing he wouldn’t do it!

But, it’s not just Amrita’s journey, but of three more women along with her burdened with the diktats of patriarchy; the domestic help who takes her daily thrashings as routine, a widow who has lost a loving husband knowing well there could never be a replacement, and a brilliant lawyer who is bogged down by the legacy of a family name and a conceited husband. It’s not just physical abuse but the emotional and mental abuses, the silent killers which corrode you’re being every single day.

Thappad handles the subject of domestic violence subtly yet strongly, unlike the Daraar and Agniskashis you don’t have the protagonist doing a – Zakhmi Aurat- , she handles things with finesse, an inborn strength which she brings to the surface silently.

Taapsee Pannu gives a fine performance as Amrita, her trajectory as a meek submissive wife to a woman who charts her own path is convincing. In her own words, playing Amrita was uncomfortable , especially for an actor who is known to play strong characters on screen, but she makes you connect with her as she processes the situation.

Dia Mirza as Amrita’s neighbour and a single mother is elegant and sensitive, but I wish her character’s arc had been fleshed out a bit more. Gracy Goswami as the household help and Maya Saroa as the lawyer are excellent. Tanvi Azmi as the mother in law and Kumud Mishra and Ratna Pathak Shah as Taapsees parents are a treat. Pavail Gulati as Vikram, as the husband,  you want to shake for having been so self obsessed gives a fine performance. 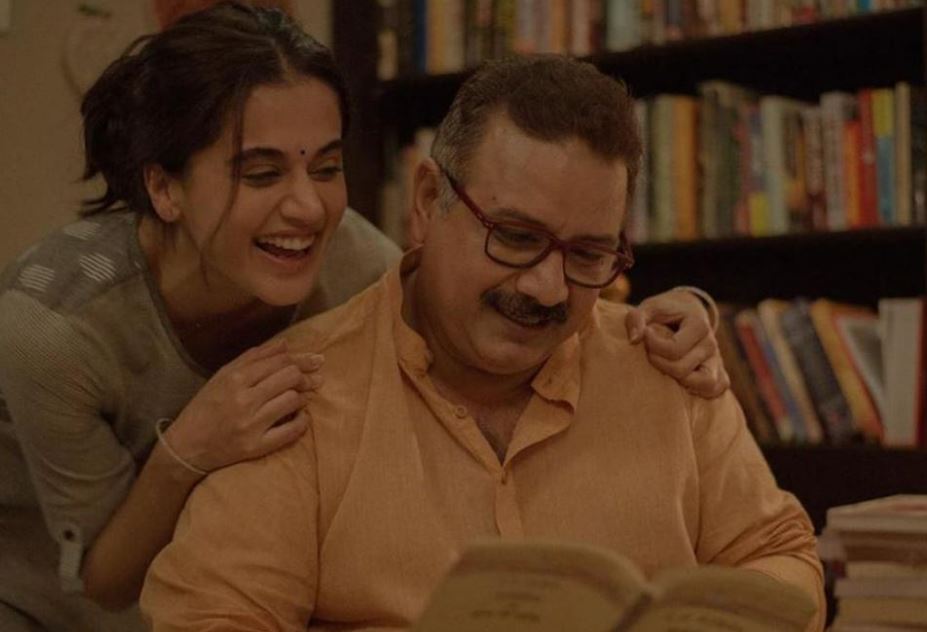 Thappad is an important film, a society that’s only getting violent with each passing day, it not only addresses the issue of domestic violence but how every human be it a man or a woman has the right to live a life of dignity. Hope, with narratives like these the Kabir Singh’s and his tribe would be a dwindling minority. The film clocks in 2 hours 21 minutes but could have shortened by a good half hour.

‘Provoked’ To ‘Thappad’: Cinema’s Approach To Domestic Violence Over The Years