Did You Know? Gauri Khan Was The Only Earning Member During The Pandemic in Shah Rukh Khan’s Family 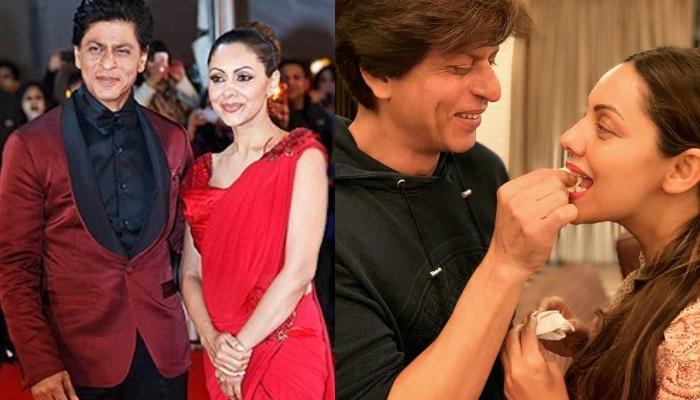 Fabulous Lives of Bollywood Wives is finally back with another season. The second season of the show gives us an exclusive insight into the starry lives of the four wives- Maheep Kapoor, Seema Khan, Bhavna Pandey and Neelam Kothari.

The latest episode featured a special segment in which Karan Johar revealed that Gauri Khan was the only earning member in Shah Rukh Khan’s family during the Covid-19 pandemic. In the episode, Maheep Kapoor, Gauri Khan and Karan Johar talked about the conversation that Karan Johar had with Shah Rukh Khan regarding his family. He said, “The other day Shah Rukh had made me laugh so much. He said, ‘Since we have gone into this pandemic, the only family member who is making money in this house is Gauri.’ His chartered accountant had called and said, ‘Why don’t you learn something from your wife? She is the only profitable member in the house.’”. Reacting to it, Gauri said, “He loves to say all these things. He likes to hype me a bit.”

Shah Rukh Khan is currently working on his three big-budget films – Pathaan, Jawan and Dunki. On January 25, 2023, his film Pathaan will hit the screens, while Atlee’s Jawan will release on June 2023 and Rajkumar Hirani’s Dunki release in December 2023.