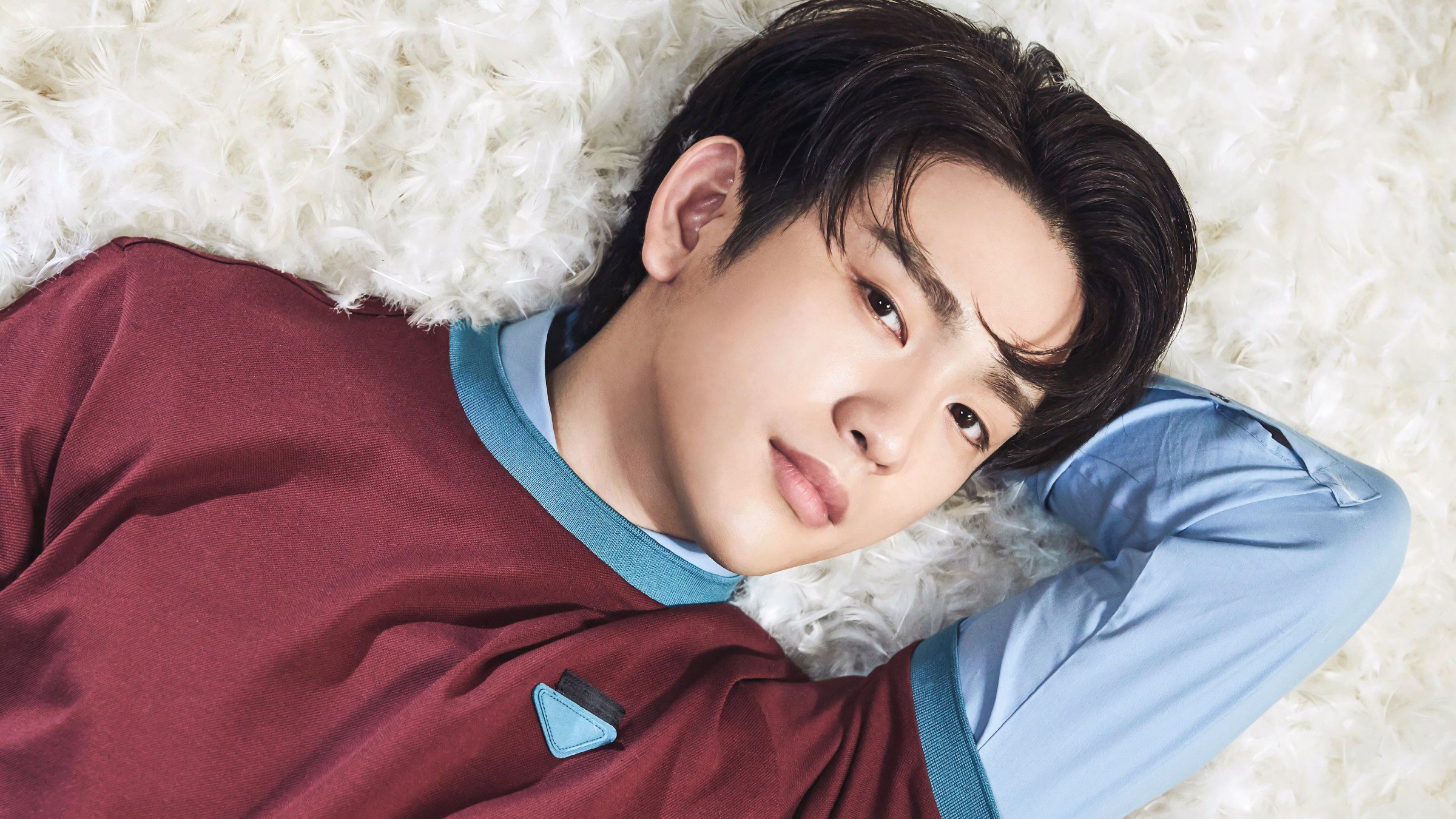 The multi hyphenated and talented Jinyoung notched the popularity charts winning hearts and the internet as the irresistible and endearing “Yoo Ba Bi” who wins over Yumi and her many “mind cells” (Kim go Eun) with his thoughtful gestures helping them move on from the painful break up with Woong (Ahn Bo Hyun) in season one and give love another chance.

An adaptation of the popular webtoon “Yumi’s Cell’s gives an insight into the life of a thirty something young woman “Yumi” and her many “cells” tiny unitard clad creatures who represent her thoughts, actions and feelings as she navigates through life and love. 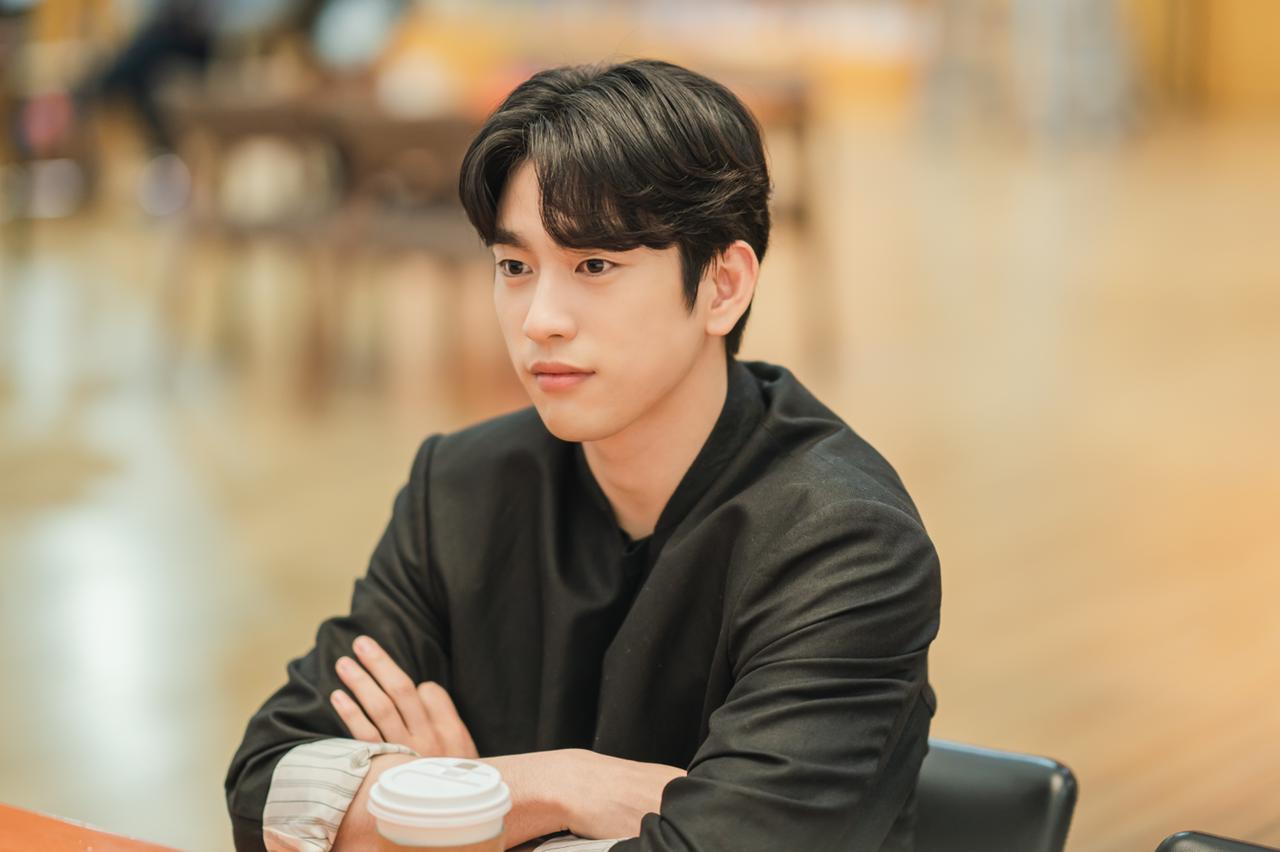 As Yumi encounters the men in her life we are introduced to the cell universe of her romantic partners and their emotional quotient and compatibility levels. Jinyoung’s “Yoo Ba bi” who was briefly introduced in Season One leads the second instalment as Yumi’s love interest who is straightforward and has a strong emotionally quotient. Jinyoung plays ‘ Ba Bi ‘to perfection bringing to the fore his character’s silent strength and delightful charm with ease. The actor admits he was anxious if we would live up to the promise of portraying Yoo Ba Bi, one of the most popular characters in the Yumi Universe. 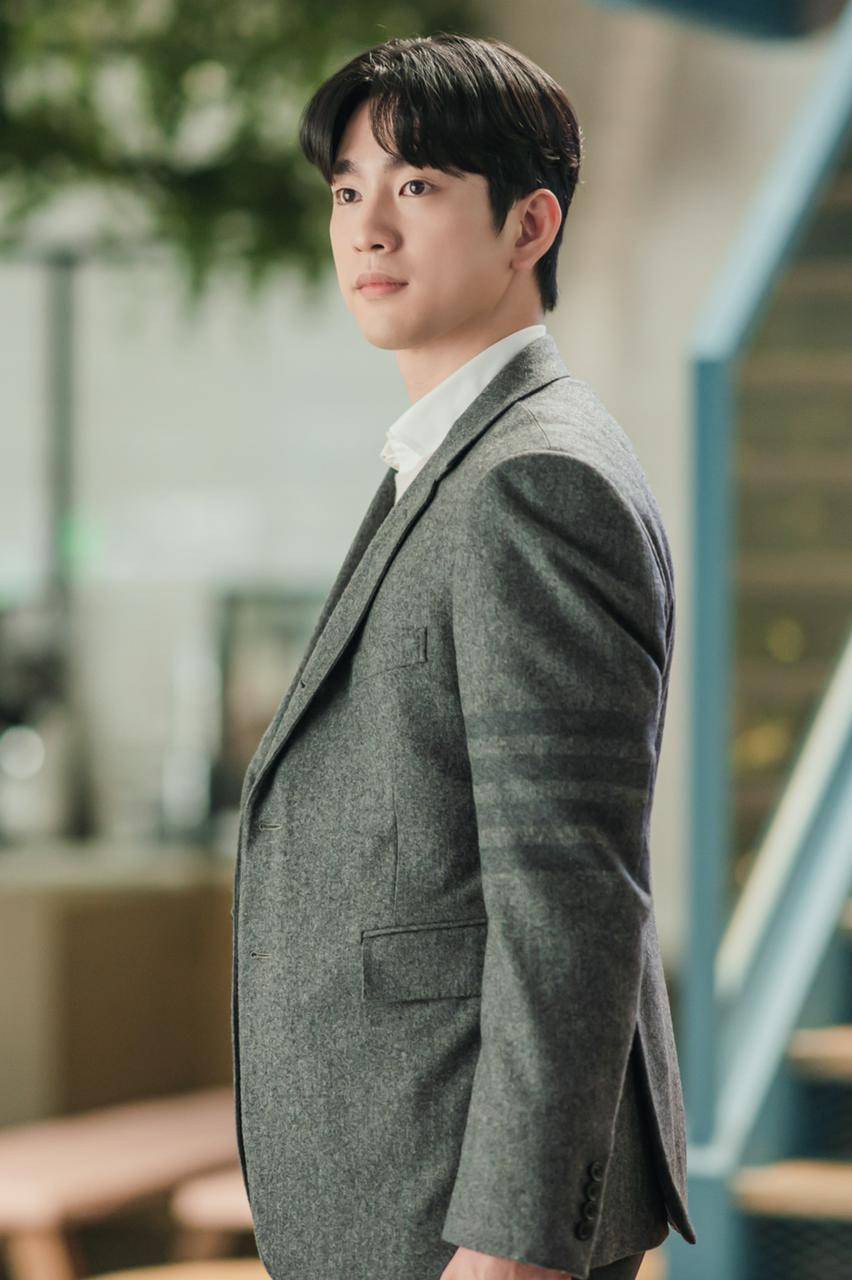 In an exclusive interview to Puja Talwar GOT7’s Jinyoung says “ I was drawn to this drama since it’s not just a love story between Yumi and another man, but also the fact that Babi is just another person who is a part of Yumi’s that is constantly developing. Babi will experiences several changes as Season 2 unfolds, and that excited me , the challenge to play a character who experiences a transformation”. However he is candid when he adds that he spent time emulating and observing habits of the many people he knew in “marketing teams” to play a manager. “I obviously could not have represented them on my own accord, so I observed the kind of habits which would be particular to Ba Bi given his line of work, and one thing that struck me was they are focussed and kind , and I wanted to highlight that through Babi’s character.” 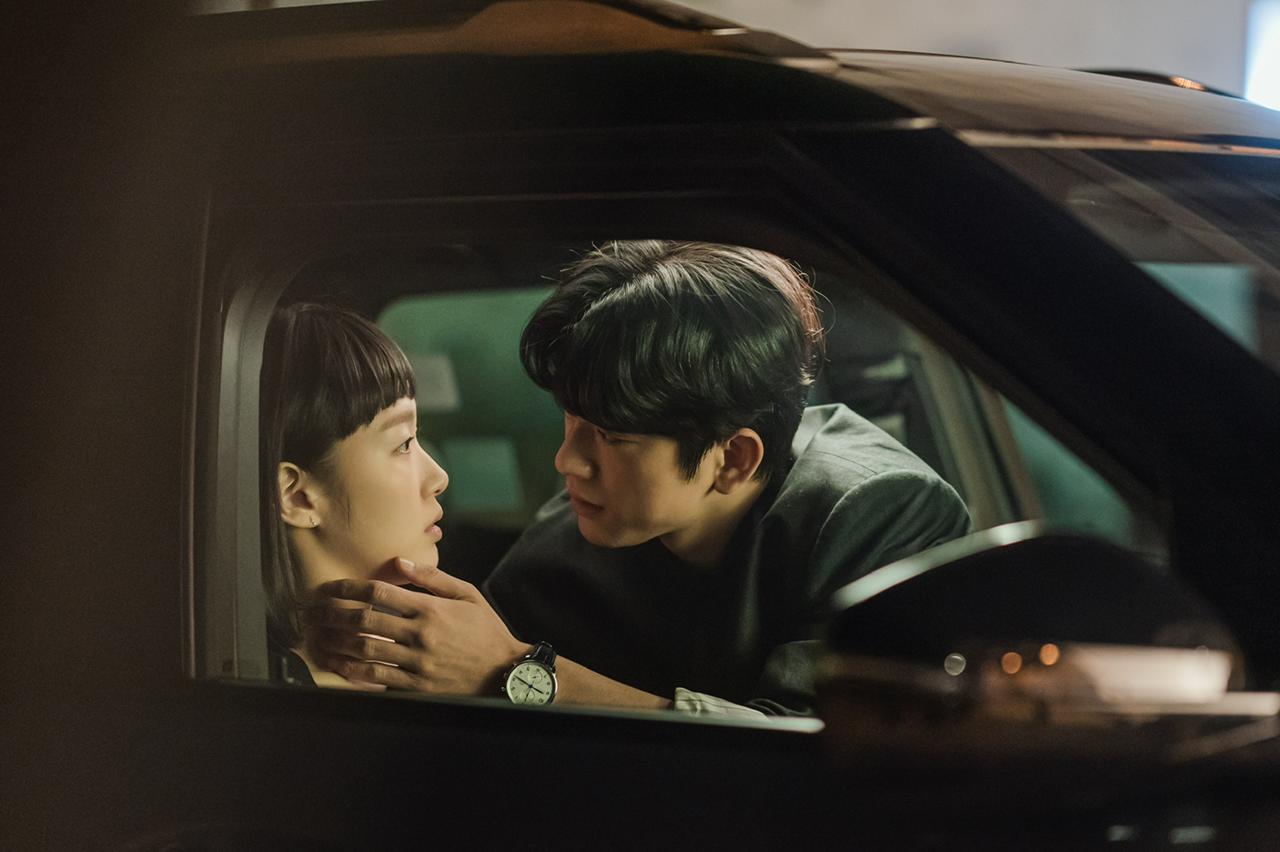 The palpable onscreen chemistry between the leads unmissable, as Ba bi’s effortless romantic gestures charm Yumi and her guarded cell universe, the first on-screen kiss not only had fans but Jinyoung’s band mate BamBam teasing him with an hilarious edit of the same with a “get it my boy” Jinyoug”. Jinyoung is all praises for co star Kim Go Eun, calling it an honour to share screen space with her, “I learned a lot from Kim Go Eun in terms of acting, it was a wonderful of being able to follow her lead without having to say much”. But he reiterates again that beyond the romance,” viewers should look forward to the extent Yumi and Babi influence each other as humans”.

His stellar performance as the idealistic judge Kim Ga On in the dystopian drama “Devil Judge” won him accolades was followed by the spy thriller “Yasksha, the Ruthless Operations. Jin Young who made is acting debut in Dream High 2 (2012) his noteworthy dramas also include “He is Psychometic” will soon be seen in a double role in the thriller “ Christmas Carol”. He admits he is ‘flexible’ when it comes to his acting projects, keeping his options open.

“It’s hard to say whether filming one genre is easier than another, I believe it is necessary to evaluate any character in a serious manner regardless of the genre what it may be, so my focus is the character and hone my acting skill with each project.” Jinyoung is an all rounder when it comes to performance , a singer and member of the mega popular GOT7 , he had described working with his band mates nothing less than a vacation, ‘ it’s like recharging myself’.GOT7 made their much awaited comeback May this year with the self titled mini album releasing their chart topping single “ NANANA in May 2022. Jinyoung also treated fans to his self composed single “Dive in 2021, four years since his last “Hold Me”. 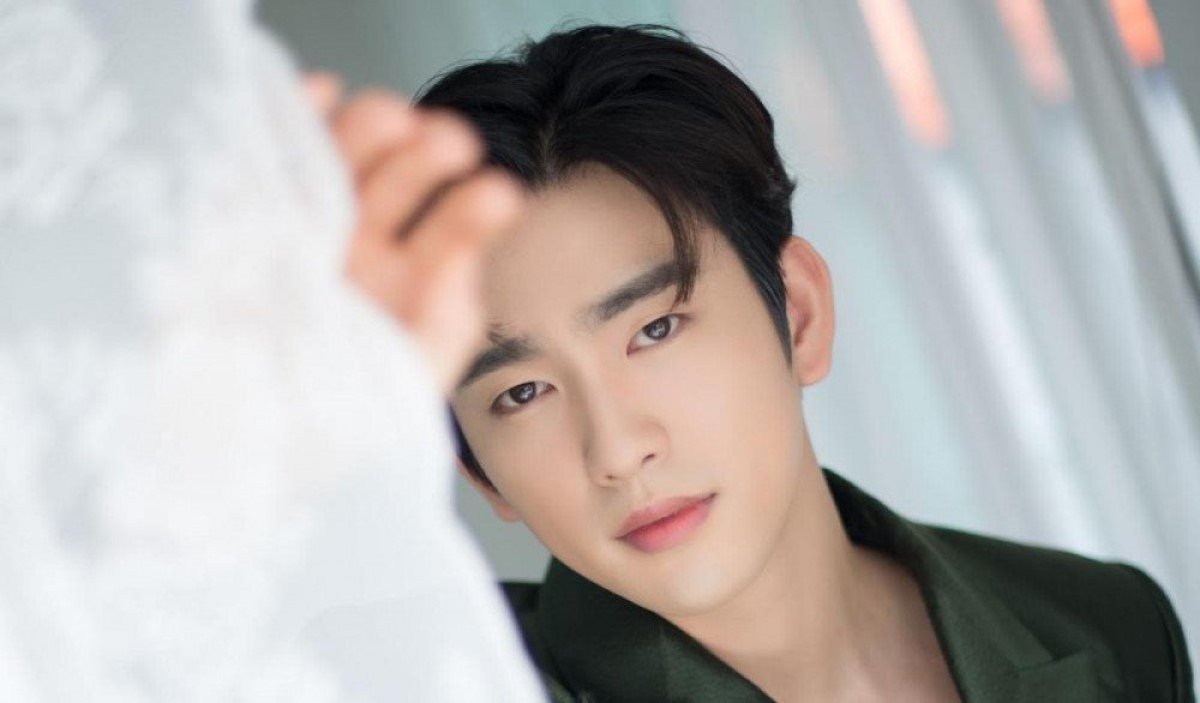 When talking about balancing two successful careers he credits it to ‘meticulous planning’, as music helps him tell his own story and acting he helps him bring forth the emotions of the show he is part off. He has also rendered the mellifluous ‘Shining On Your Night’ for Yumi’s Cells. “My schedule has been meticulously planned, which gives me time to prepare for different things I wanted to do. I was lucky that my schedules as a singer and an actor did not overlap, and which helped me focus on one thing at a time.”As K Pop and K dramas become a part of global mainstream cultures breaking streaming and viewing records with a thriving fandom across continents, Jinyoung thoughtfully responds, “it’s wonderful that Korean content is getting a lot of love and attention, I am proud to see it getting a global audience and it’s my endeavour to work hard and try my best to become a good performer”. 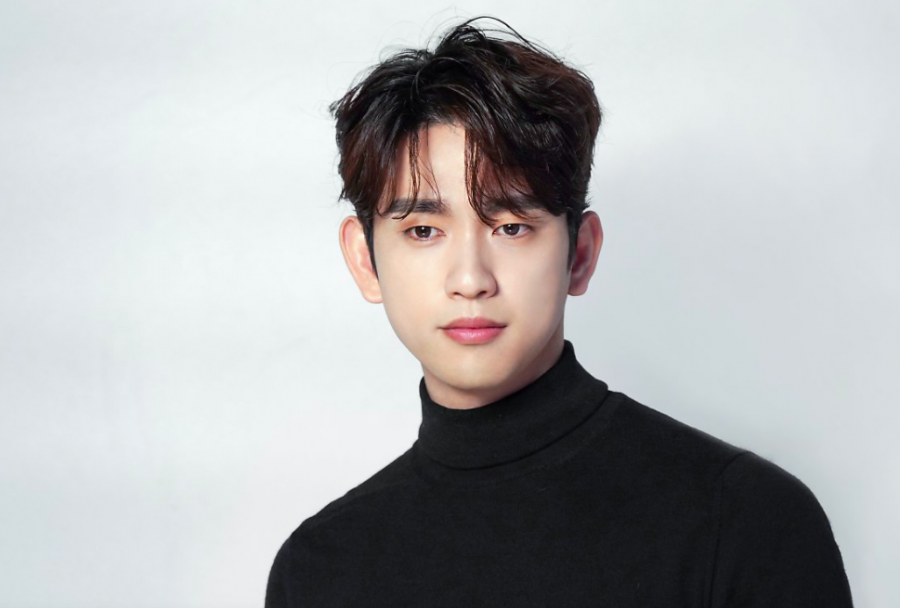 As the drama introduces us to Ba bi’s “cell universe” which would influence his character’s decisions, Jinyoung reveals in real life he is totally under the influence of this particular cell. “I think my prime cell would be the ‘working cell’. I feel this cell is dominating all the other cells in my body”. If we he could turn into cell which one would that be, “the metabolism c because if that cell works hard, I don’t think I would ever gain weight.Indian K-drama fans may have developed a palette to Korean food but an unmissable moment in the drama being when Jinyoung’s Ba Bi asks Yumi ‘how to make “Indian Curry’ had many fans go “debeak” (amazing). GOT7 member Jackson and Bam Ban have often spoken about visiting India and sampling Indian food. Well aware of the “Indian Ahgase’s” the GOT7 fandom, Jinyoung along with his band members hope to visit the country and meet their fans someday.