Anushka Sharma’s cameo in Anvita Dutt’s Qala left her fans wanting for more. The actor also took to her Instagram handle to share greyscale BTS pictures from the sets of the film where she flaunted a plain saree with pearl jewellery and short hairdo.

This look of hers took us back to the Roaring Period of the 1920’s which is popularly known as the ‘Charleston Era’ in the world of Indian fashion. An era when women were renouncing the restricting fashion norms and were moving towards the minimal aesthetic of easy drapes and simple sarees. Bold dresses and sarees made of georgette and satin were a big hit during this period. 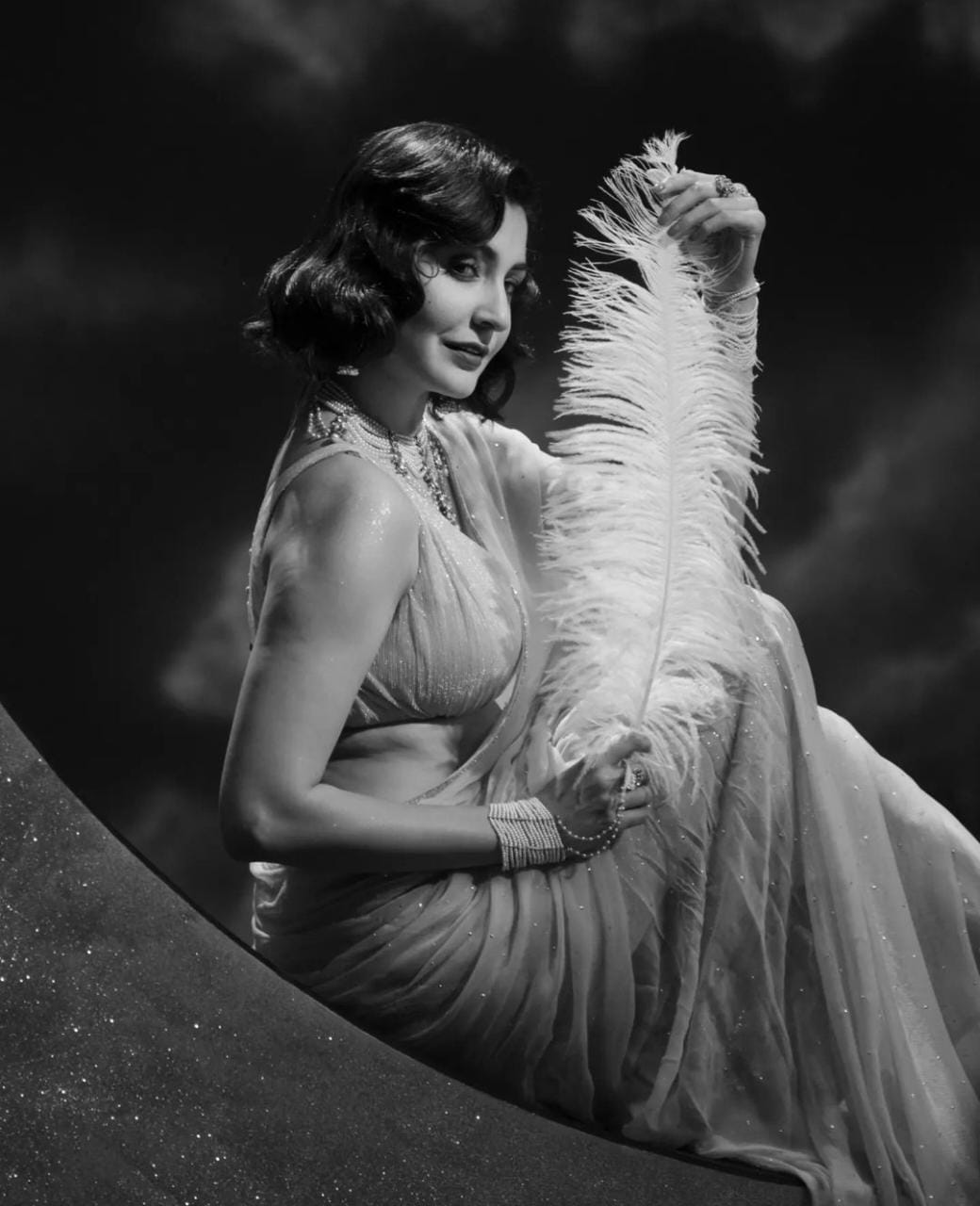 With sheer sarees that had intricate zardozi detailing and were adorned with deconstructed moth motifs which were paired with sleeved blouses and embellished brooches the fashion of this era has been beautifully captured in Netflix’s ‘Qala’ with the costumes and jewellery worn by Tripti Dimri, Swastika Mukherjee and Anushka Sharma. 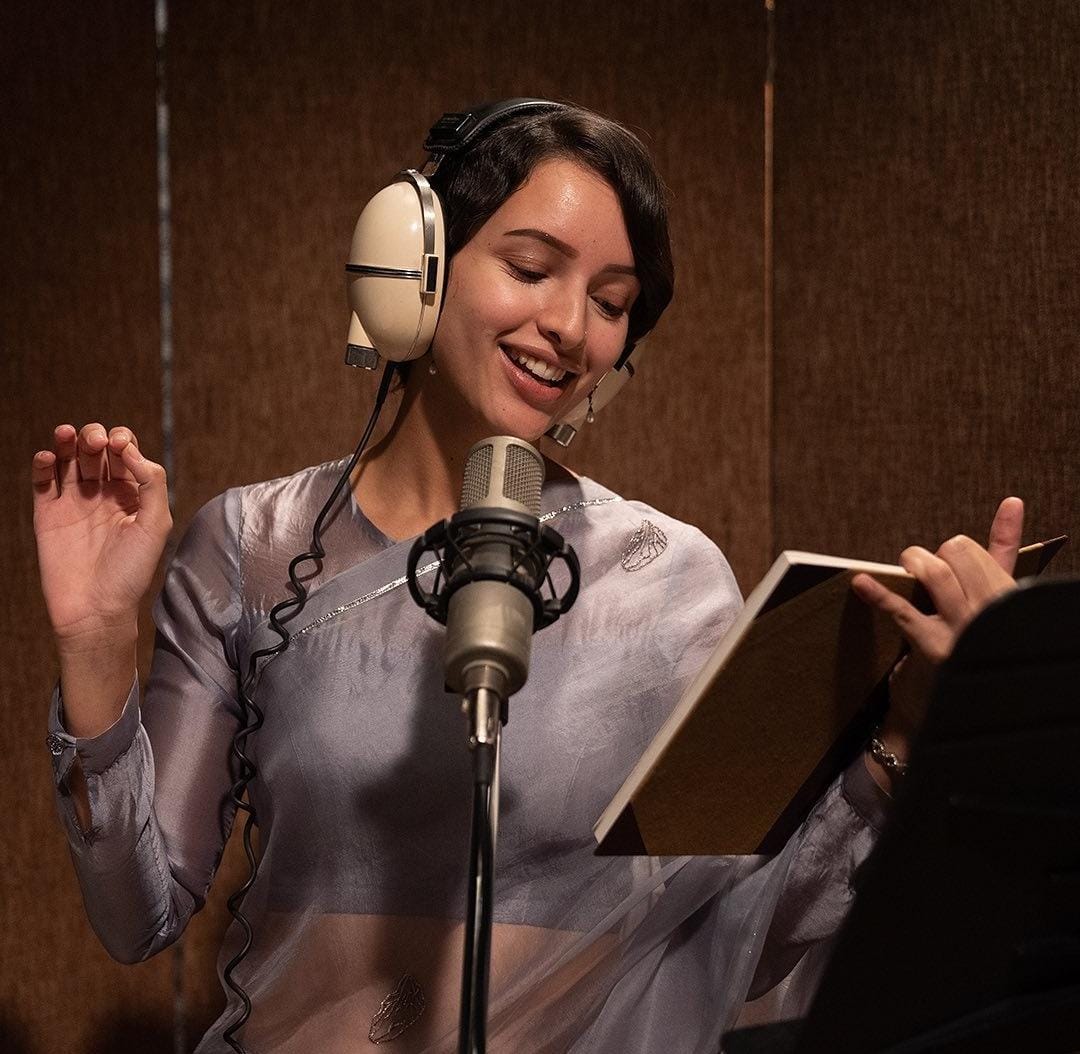 It’s not just Qala but there are several other Boollywood films as well that embrace the femenine elements of grace and elegance that were prominent during the retro era with their costumes.

Gloriously detailed and textured costumes with pearl detailing, feathers, tulle and cascades of sequins, Anushka Sharma’s elaborate, vintage costumes as ‘Rosie’ from Bombay Velvet is the perfect representation of the 1950’s and 60’s.

The cabaret look that the actor aces in the film is similar to the fits that Helen used to groove in an era long gone.

The film that won designer Niharika Khan the ‘Best Costume Award’ at the 2012 Filmfare Awards, The Dirty Picture had costumes that focused upon the midriff as in the 80’s the sexiest part of a woman was a slim curvy waist.

Costumes worn by Vidya Balan in the film feature sweetheart neckline, shorter blouses, polka dots and frill blouses which were trending during that time.