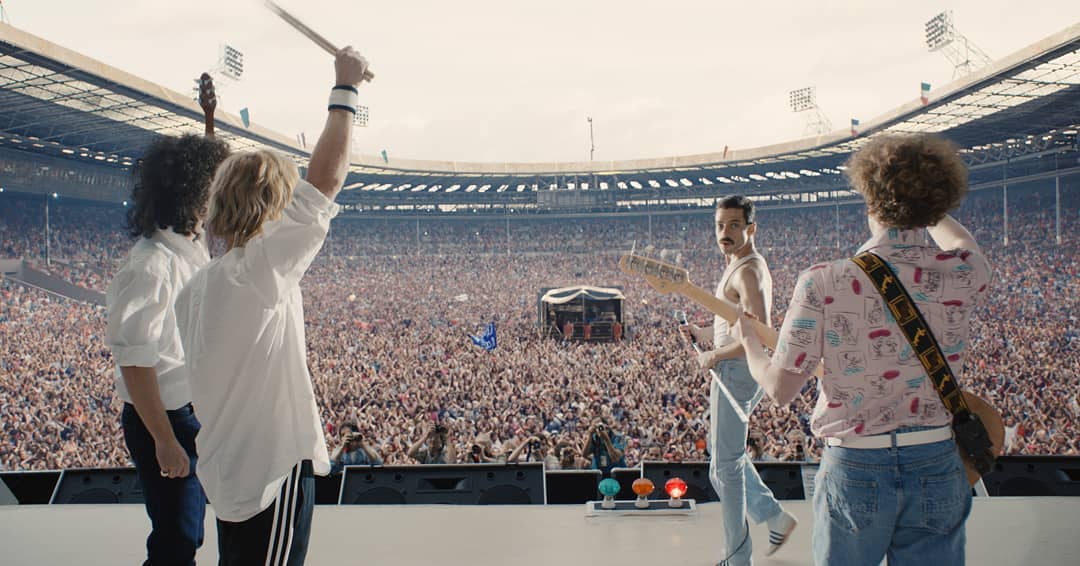 7 Songs That Will Inspire You To Watch Bohemian Rhapsody

‘Bohemian Rhapsody’ is all set to conquer theatres in India and to all the Queen fans out there, this is definitely a moment of pride and excitement to see the lives of their heroes on screen. It looks to be thrilling, to say the least but this not the only reason the Freddy Mercury film will be so interesting. Freddy is played by Emmy Award winning actor Rami Malek who has convincingly portrayed Queen’s glamorous front man, as we can see in the trailers.

The lives of the band members were controversial with everyone having a different demon altogether and will be very exciting to see how director Brian Singer will bring them all out. Queen has continued to influence music for more than 4 decades now and still has never failed to amaze the audience with their marvellous songs and flamboyant live performances. Here are 7 songs by Queen which will inspire you to watch ‘Bohemian Rhapsody’ in theatres today!

The title of the movie coincides with the Queen’s most famous song ‘Bohemian Rhapsody’. The song is a 6 minute tune featuring elements of hard rock and opera. The tune topped charts worldwide and became one of history’s best-selling singles. Mercury’s vocals, May’s chords and the unconventional video style was enough to make it so surreal.

Stomp, Stomp, Clap, Stomp, Stomp, Clap no one can ever resist joining in to the rhythm of this song. The chorus resonates with us like nothing else and with this number pierced our hearts and also reached the peak of rock music. ‘We Will Rock’ you is iconic and is used in different commercials and famous tv shows like ‘The Big-Bang Theory’. It has also been recreated by so many artists due to the popularity and appeal of the song.

The iconic ‘We Are The Champions’ has became a staple in arenas around the world, when strangely every sports team was legally required to play when they won a title! ‘We are the Champions’ resonated with everyone who has been beaten, put down, laughed at and that’s just one reason the song was immensely popular.

Rock and Gospel music hardly mix right? Not for this track. With ‘Somebody to Love’, Queen earned number two single in the UK and top 20 in the U.S. This is one of Queen’s most heartfelt songs, it is inherently sad and features what the band stands for.

Written by John Deacon, this single brought a lot people from a lot of around the globe together due to its intense vocals about breaking free and about liberty. It almost got banned by MTV due to the band dressing as drag queens but the tune still managed to be one their best.

A captivating chorus, orchestral music in sync with Freddy’s perfect vocals. ‘Killer Queen’ might not be as famous as the bands other tracks but it is definitely one of its most memorable songs and it also led to Queens commercial success. May’s guitar solo also sets the stage on fire!

7. “Another One Bites The Dust”

Compiling Disco with Rock into a funky sound is what this tune is all about. It is loved by millions, turning it into a worldwide smash. Yes! Queen did it all by this track. Number 1 in U.S and was in top 10 in many countries. Another one bites to dust took Queen to a whole new level altogether.

Queen has made us cry, laugh, dance all at once and it will be very enticing to see what Brian Singer brings to the table with ‘Bohemian Rhapsody’. It will be very exciting to see the star of Mr Robot actor Rami Malek in the iconic role!

6 Times Aditya Roy Kapur Was The Greek God Of Bollywood

These Pictures Prove That Sania Mirza Is Not Only A Tennis Sensation But Also A Fashion Connoisseur!