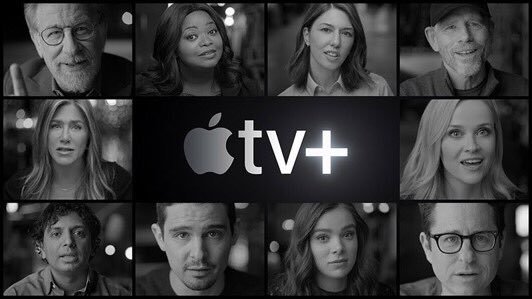 Apple is getting into another big game and this time it’s launching a Netflix rival- Apple TV+, the company’s new streaming channel for original television series and movies. Hungry for content to fill its library, the TV app promises to pull content from 150 streaming apps allowing users to watch shows, movies, sports and news. But the highlight of the launch of Apple TV+ is its declaration of war on Netflix in the Oscar race as the iPhone maker plans to produce ‘six small-budget films a year’ that could bag the Academy Awards.

If Apple is really considering moving forward with its Oscar plan, the streaming platform will have to release the movie titles in theatres for at least a week as per Oscar rules. The inspiration behind this initiative is actually Netflix, which displayed overwhelming success at the Academy Awards this year with Roma by Alfonso Cuarón.

The concept of this streaming platform was led by Hollywood director Steven Spielberg who is also expected to revive his fictional series Amazing Stories for Apple TV+. Further, Hollywood biggies like Oprah Winfrey, Jennifer Aniston, Octavia Spencer and Jason Momoa would also be creating show for Apple’s latest service.

Apple TV+ will be launched later this year with a handful of original series including the drama The Morning Show starring Reese Witherspoon and Jennifer Anniston.

What? Diljit Dosanjh Ran Into Justin Bieber And Didn’t Recognize Him?