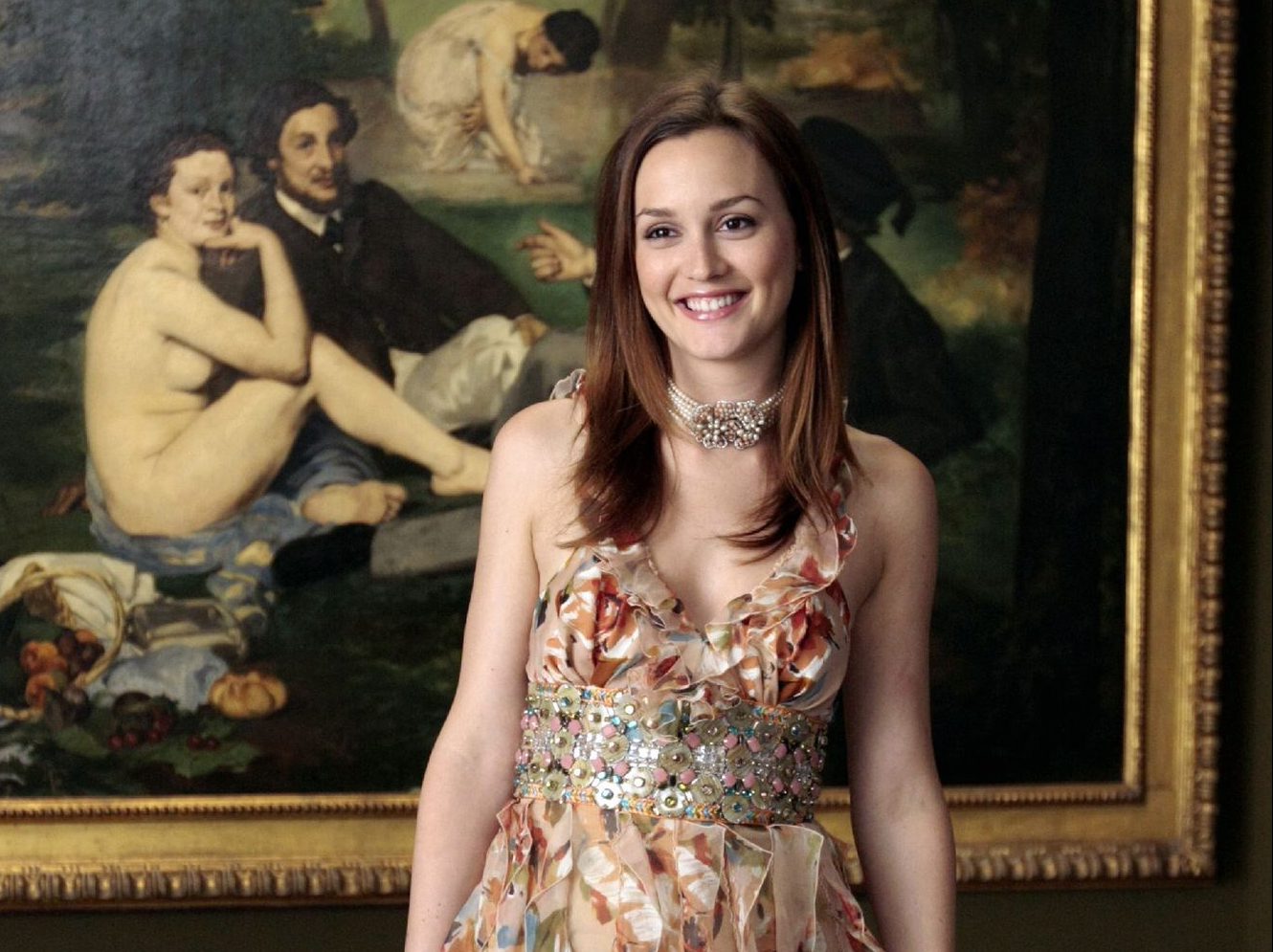 Blair Waldorf was definitely born in the wrong era. Not because of her conservative, regimented, graceful perception of things, but also because of her wit, and her candour. Edith Wharton’s The Age of Innocence introduces us to Countess Ellen Olenska -she is an unlikely rabble rouser, who is independent and unique but fearless and lives life with a bohemian abandon. Even though her dismissal of norms clashes widely with Waldorf’s insistence on the same, there is something wonderfully similar about both. They were both in the same measure conceited and conscientious. Enter Leighton Meester’s acting prowess that lit a fire to the character of Blair Waldorf- who was anyway a strong character- and what you saw on screen was nothing short of magic.

Meester, married to fellow teen royalty Adam Brody, nailed her entire actingscape in one scene from Gossip Girl. In the midst of her Season 2 romantic drama with Chuck Bass, she is busy trying to distract herself with the ladies of Colony Club, there is a moment where she vows to look at a life without Bass Jr. as the one that will ultimately lead her to the path she wants, but before avowing she has a moment of resignation because of the love that consumes her. In front of the mirror, she stands, cries, composes herself, within a few seconds, scoring a performance that was inimitable. Blair Waldorf was made to be portrayed by Leighton Meester. Headbands and clothes aside, the girl new her Baccarat, the girl knew her Kandinsky, and her Lorrie Moore; she knew that to be Queen you had to cold. This is an ode to Leighton Meester who through Blair Waldorf conducted a masterclass in acting. So next time you watch Gossip Girl, look for the nuances in the character, they will amaze you much more than all the dang macarons!

Here are nine such instances:

Neena Gupta Lists Down Things To Watch While Self-Isolating

Man Drives To London For Cheaper Bread, Gets Arrested For Breaking Lockdown Rules