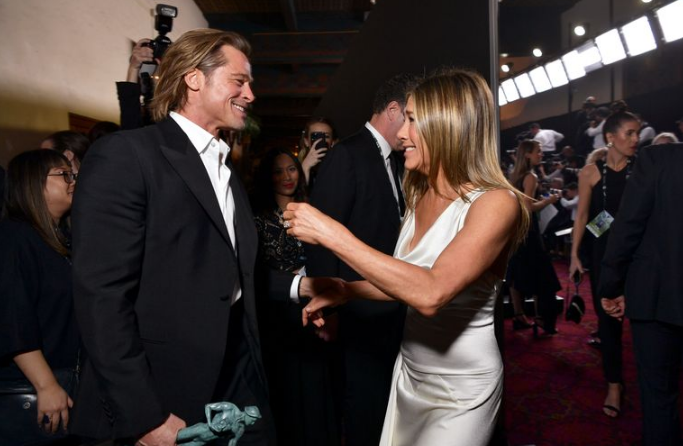 Brad Pitt and Jennifer Aniston were photographed having a moment for the first time ever in years, backstage at the SAG Awards 2020. 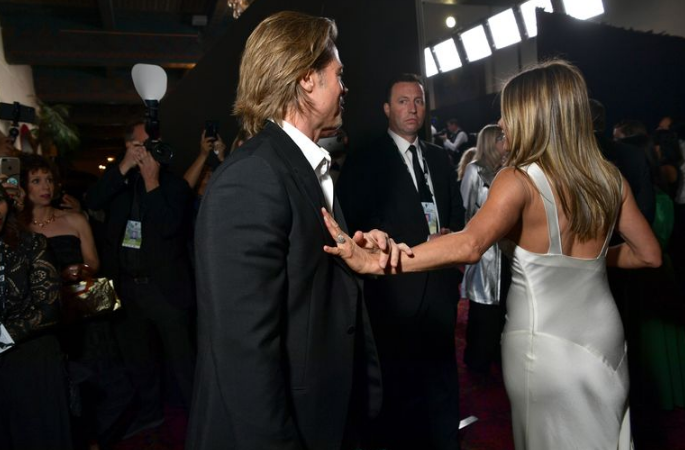 After collecting his award, Brad Pitt was heard poking fun at his personal life. “Let’s be honest… it was a difficult part. A guy who gets high, takes his shirt off, and doesn’t get on with his wife. It was a big stretch”, he said. Jennifer Aniston was seen clapping and smiling.

Soon after his own win, the F.R.I.E.N.D.S star was set to head on stage. Brad Pitt was then spotted watching Jennifer Aniston’s acceptance speech backstage.