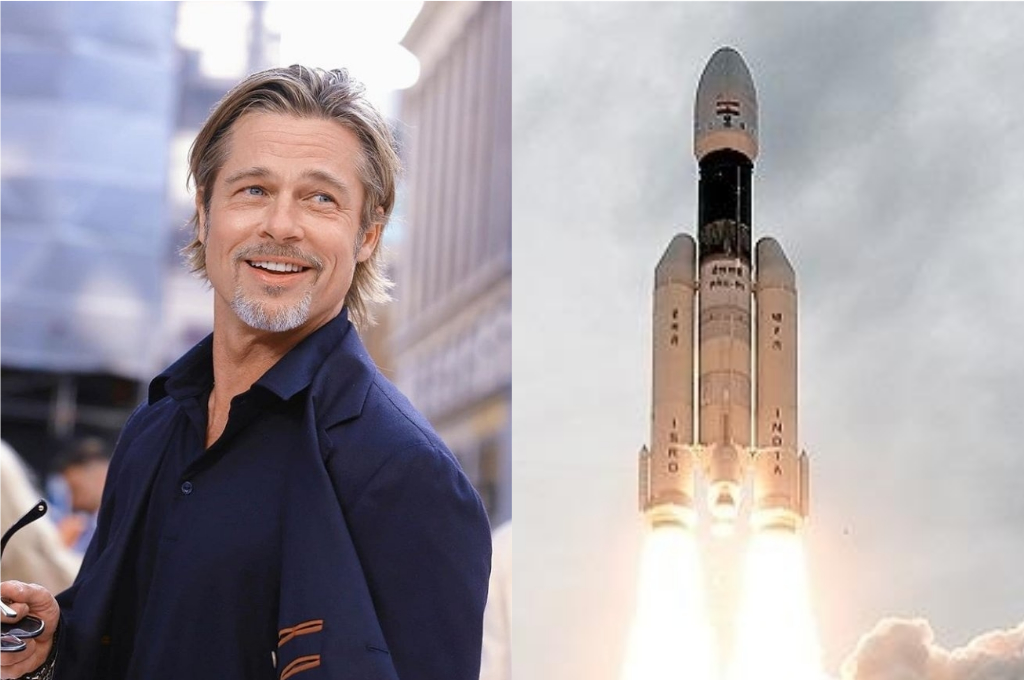 Not just ISRO and NASA, but the entire world is curious about Chandrayaan 2. Even Hollywood superstar Brad Pitt!

On September 16, the actor called the International Space Station (ISS) to talk to American astronaut Nick Hague and asked whether he saw the landing of Vikram Lander on the Lunar South Pole to which Hague answered “No, unfortunately”.  This comes after ISRO lost contact with Chandrayaan 2’s lander just minutes before landing on the unexplored south pole of the moon. The call was broadcast on NASA TV, and was part of Pitt’s promotional tour for his film Ad Astra, where he plays the role of an astronaut sent on a dangerous mission. Hague is currently living with two other Americans, two Russians and one Italian on the ISS since March.

LIVE NOW: What does it take to go from science fiction to science reality? As we prepare for a new era of lunar exploration w/ #Artemis, actor Brad Pitt plays an astronaut in #AdAstra.

Watch #PostLive for a convo with talent from the movie & our experts: https://t.co/mnAYcKpEbs pic.twitter.com/TE3NvWp85L

Further in the 20-minute call, Brad Pitt asked about the weightless life aboard the ISS, where Hague told him that astronauts work from 7.30 in the morning to 7.30 at night. The astronaut further said, “The calluses on my feet have basically gone away because I don’t walk on the bottoms of my feet. But now I have calluses across the top of my foot, around my big toe, because I’m constantly hanging on things with my big toe”.

In the final few minutes of the call with Hague, Pitt asked who was more believable as an astronaut, Pitt or George Clooney, who had starred in the 2013 space film Gravity to which Hague answered, “Absolutely,” and laughed.

After 25-Year-Long Run, Tata Motors Pulls The Plug On Its Much-Loved SUV Sumo