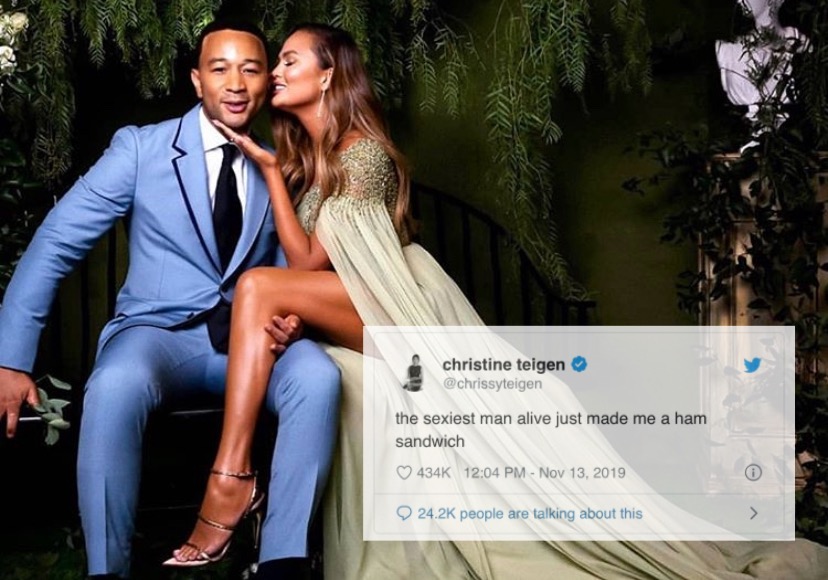 And while we agree that the EGOT is 100%, wife Chrissy Teigen has all our attention at the moment. Her tweets tell us nobody’s more proud than her.

Giving her thoughts on Legend’s self-depreciating tweet, Teigen trolled him a little. John Legend had written, “1995 John would be very perplexed to be following 2018 @IdrisElba as #SexiestManAlive. Hell, 2019 John is about as equally perplexed but thank you @People for finding me sexy. I’ll take it”. To which she remarked, re-tweeting him, adding, 1995 Elba was “prob still very hot”. 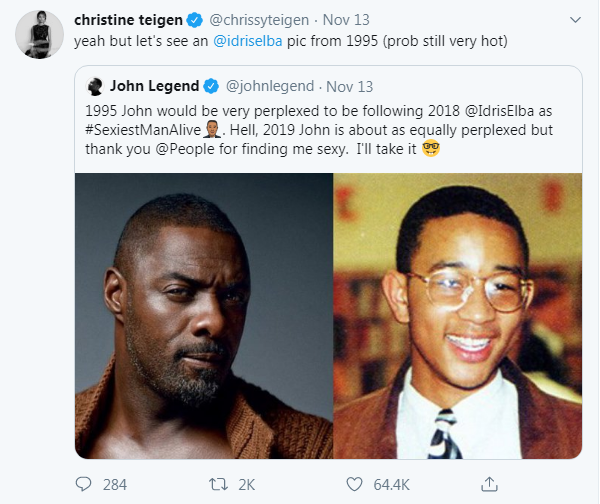 Their kids, Luna and Miles, however remain unfazed about their parents being culturally the coolest!