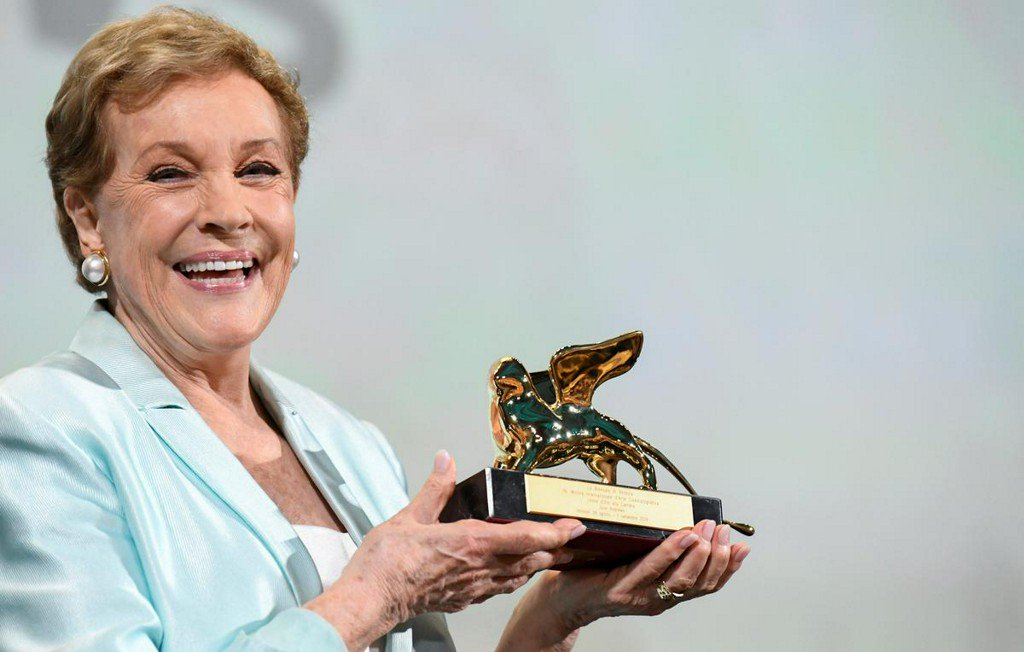 An Academy award, 5 Golden Globes, 4 Grammys, 2 Emmys and one BAFTA- Julie Andrews already has enough that radiate the power and success of her life. And now the dame has added another feather to her hat of many colours as she has been honoured with the Venice Film Festival’s Golden Lion career achievement award. 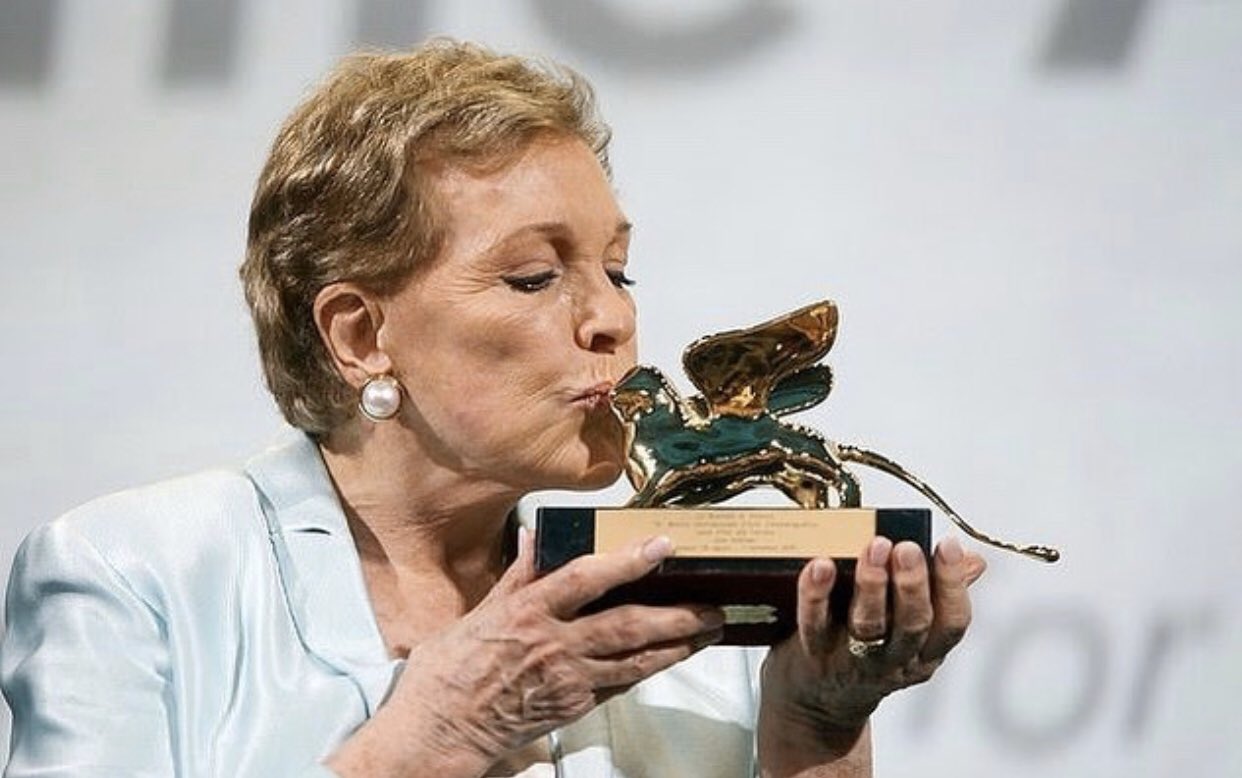 The legendary actress, whose acting career has spanned more than 70 years, was presented the award at a glittering ceremony by ‘Call Me By Your Name’ director Luca Geuadagnino at the 76th international celebration of films. Upon receiving the honour, she kissed the special Golden Lion award and said she felt “so blessed” for having such a fairytale career. The 83-year-old English actress further said, “I’m still amazed, I’ve been a lucky girl who got to play beautiful roles”. Andrews even got a 10-minute standing ovation after accepting her award and later the dame went to treat the crowd to a short singing performance in Italian. 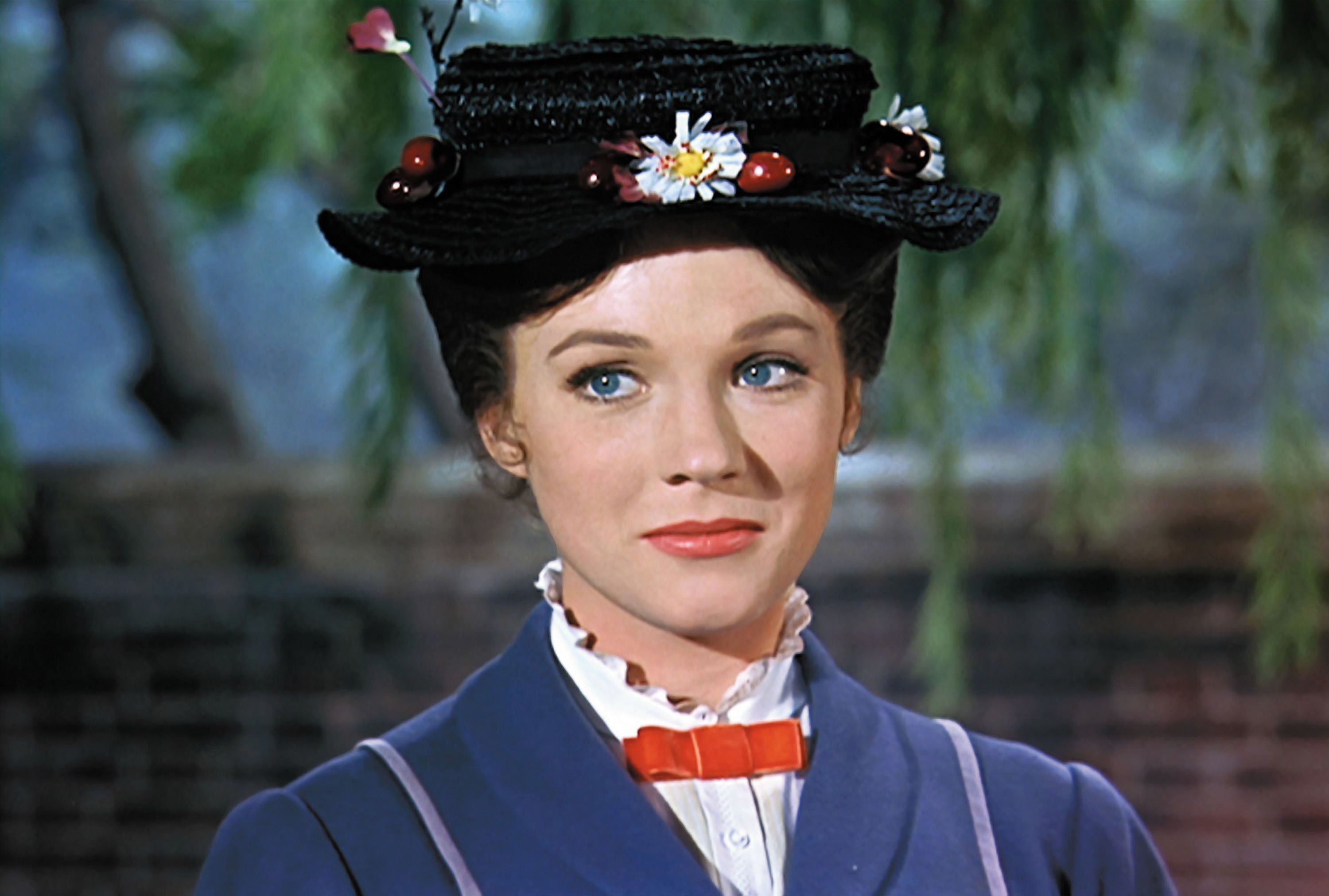 Julie Andrews started out as a child star in London’s West End before rising to theatrical stardom on New York’s Broadway in musicals such as ‘My Fair Lady and Camelot’. Later the actress played numerous iconic roles, including nanny Mary Poppins which won her an Oscar and the rebellious governess Maria von Trapp in ‘The Sound of Music’. After being made a dame by the Britain’s Queen Elizabeth II, Andrews made a big-screen comeback in the “Princess Diaries” in 2001, and hence, for a generation of millennials, the actress is popularly known as the Queen of Genovia. Andrews even lent her voice to hits such as the ‘Shrek‘ and ‘Despicable Me‘ movies in recent years. The Venice Film Festival laid on a special screening of another of her most famous roles in Victor Victoria in her honour.

Bears Are The New As Honey Tasters! Here Are The Details