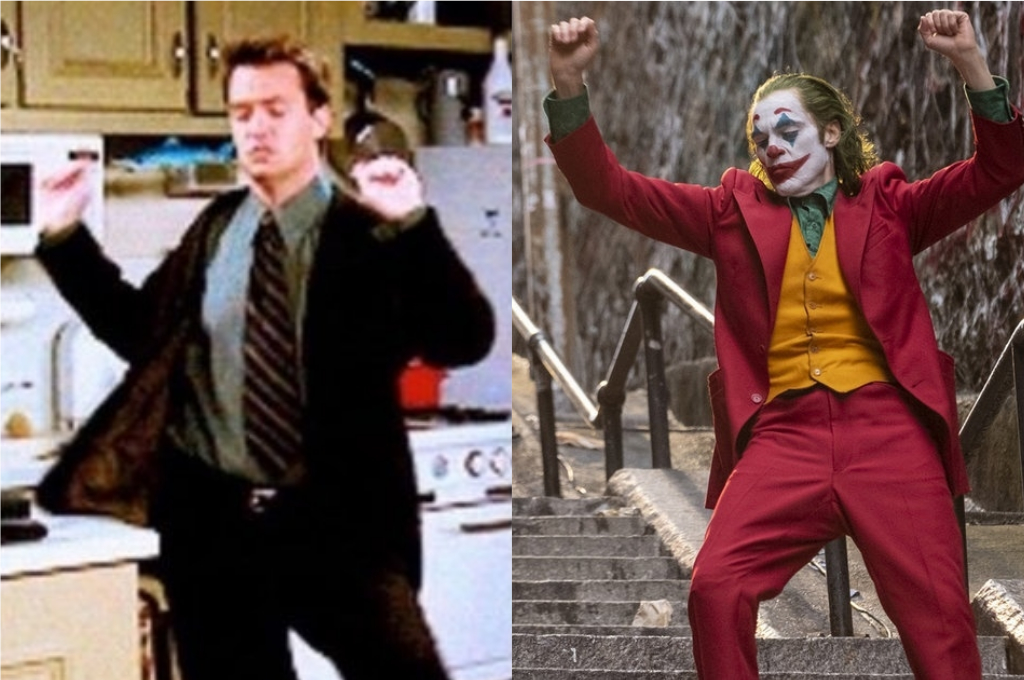 Matthew Perry has found the inspiration behind Joaquin Phoenix’s iconic staircase dance in Joker and it’s none other than the guy with always the last laugh-Chandler Bing.

The actor shared an image comparing Chandler’s iconic dance moves to that of Arthur Fleck’s as the character, in full Joker regalia, struts down a flight of the now-famous Bronx stairs. Above the image are the words “cinematic parallels”; and Perry accompanied the tweet with the caption “You’re welcome”, adding, “Sorry I don’t know who made the image, but bravo”. 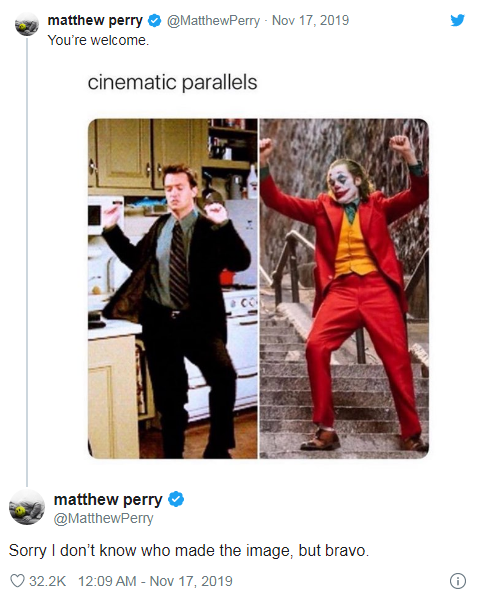 The memorable Friends scene from season four sees Chandler explain to Rachel that he doesn’t dance at weddings because “weddings are a great place to meet women and when I dance, I look like this”, before proceeding to show off his dorky dance moves. While the Joker’s iconic dance down the Bronx staircase may be a little different, the meme does provide a convincing argument that Chandler Bing has done it before it was cool and could have been a source of inspiration for Phoenix.

Once the Chandler Bing actor put forth the idea, everyone else was on board! While some fans nodded in unison, others spotted many other similarities between the Joker Chandler Bing. Here are a few: 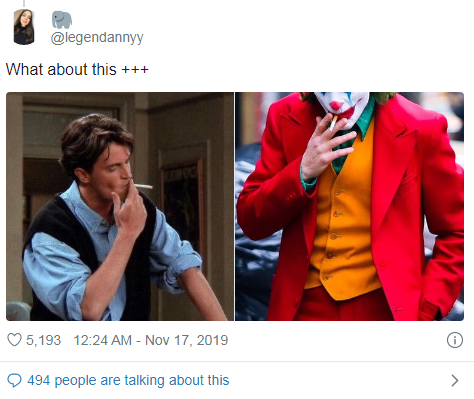 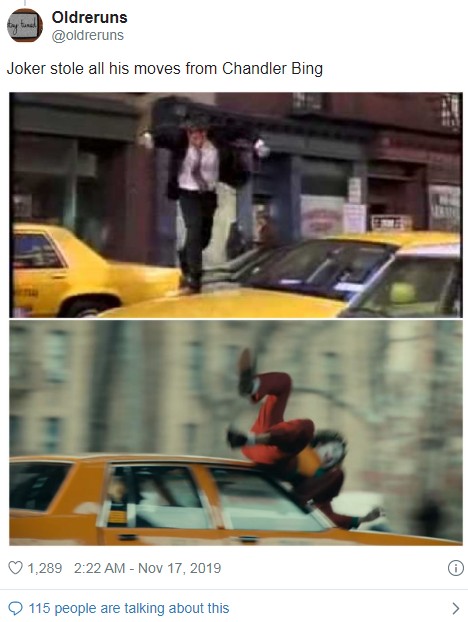 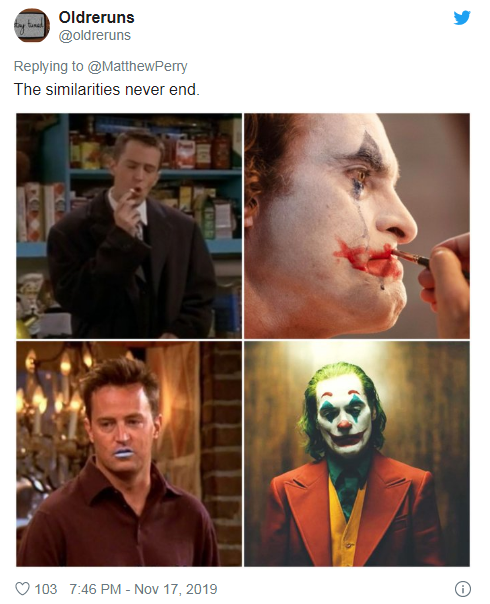 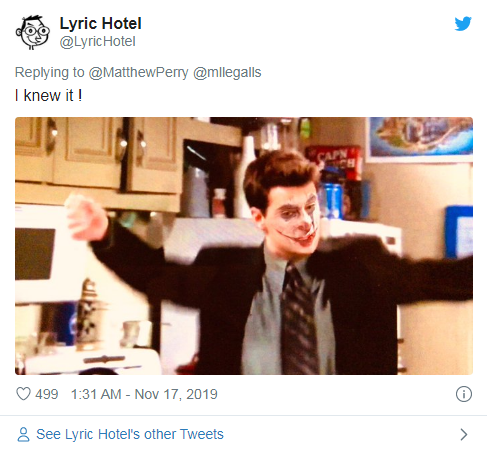 The Internet Is Celebrating A Same-Sex Pair Of African Penguins, Here’s Why