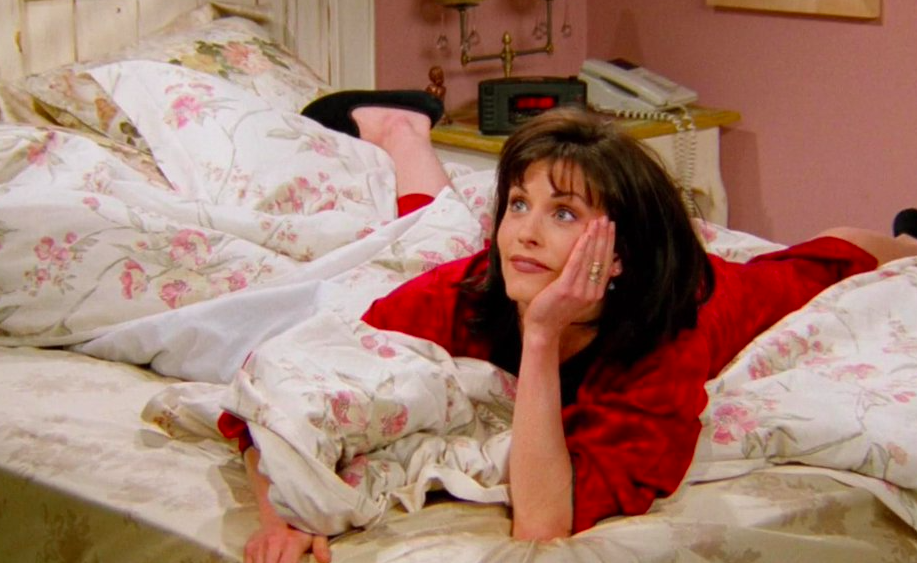 Every now and then there is a character we watch on-screen that resonates with us in more ways than one. From her “breaking news hungry” Gale Weathers to a very hip 80s teenage in a Bruce Springsteen video and Family Ties to being the coolest mom in Cougar Town – Courteney Cox has graced viewers around the globe with characters that were relatable, zany, eclectic, warm, and lovable – and this is without factoring in the most memorable portrayal she ever contributed to. Monica Geller. Monica was nothing like we ever saw on the screen. She was empowered before women grew to represent radical feminism on television, she was eccentric before the offensive MPDG trope came in, and she was obsessive before self-deprecatory humorous leads came into being. Between the endearingly odd Phoebe and the successful yet pushover Rachel, Monica was perhaps the most together but also the most unraveling female character from one of the most famous sitcoms of all time: Friends.

2. Not only in love, but she knew to not compromise when faced with a professional opportunity that can change her career landscape. When her husband Chandler has to move to Tulsa, and Monica gets a great professional gig she makes the tough decision to stay back in New York and have a long distance marriage.

3. She took Rachel in. Even though it was too idealistic a move for television – but Monica took her childhood best friend in when she saw she was going through a crisis. She knew what she was going to get into, but she was there seeing Rachel grow up to be an independent, self-reliant woman from the dependent trophy wife she was on the way to be.

4. She was a tiger-mom in her group of friends, and never given enough credit for it. She was a stickler of rules, worked high-pressure job, was a cleaning buff, and yet made each and everyone in her life feel special. There wasn’t a time she multitasked with aplomb, and so many times without ever seeking acknowledgment. But she was real in grappling with all that pressure without trying to come across as someone who had it all together.

5. Adoption! There was nothing Monica wanted anymore than to be a mother, and when she is told that she can’t conceive we expect her to deservedly have a meltdown – but instead she looks towards the bright side, of giving a child a home when they may have none. It was a poignant story-arc for Monica and it was absolutely heartwarming.

6. Her fashion sense! Even though Rachel was heralded as the style queen, and we have no qualms about agreeing to it, Monica made the 90s grunge sexy, chef uniform more chic, cardigans and pants more avant- garde. She was simple in her style, but it was minimal and classic.

7. The proposal! Sure she knew Chandler had already planned the whole evening, and sure she knew that the answer wouldn’t necessarily be a rejection but to propose to Chandler was something so darn cool! And ahead of its mainstream television time.

8. She always had snacks! Which is something so rare, and so important. How can people function as adults without ever having things to eat? How can people just survive on junk food and drinks and be healthy? Monica had snacks, good, healthy wholesome food that she made sure was fed to her friends!

9. She never judged anyone. Especially her ragtag cohort of friends. Even silently. Even when they kind of deserved it. And all she wanted in return was for her to not be judged, well except that one time when there was a possible lottery win. Which we suggest all of you go and stream right now!