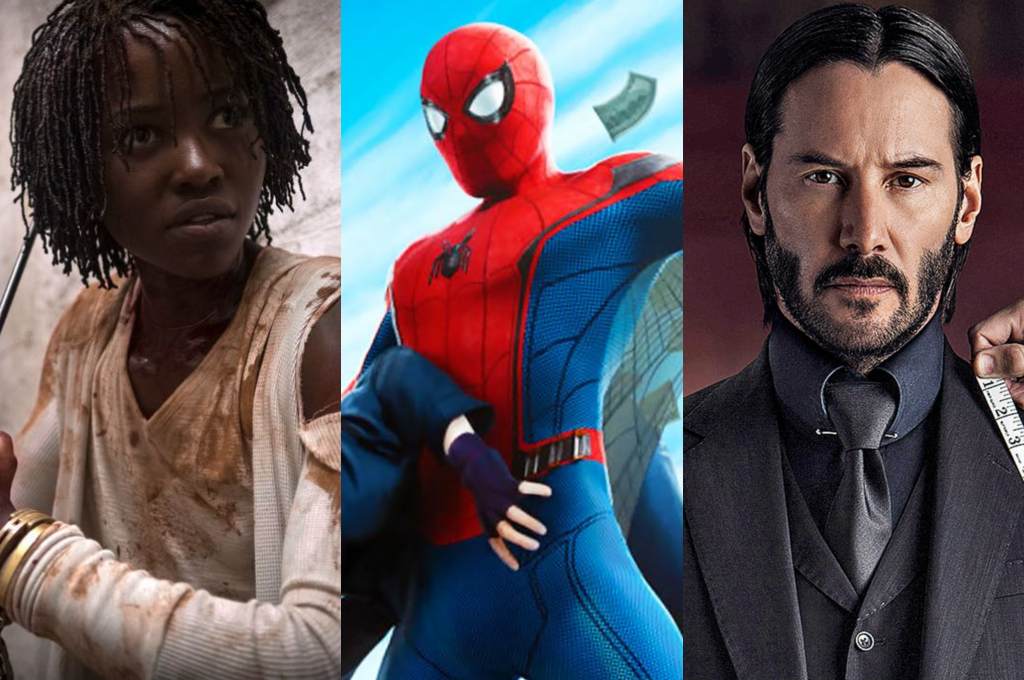 Now That The Year Is Over, Here Are The Films You Need To Watch In 2019

2018 wasn’t a bad year for Hollywood at all. We saw the release of big budget blockbusters like Aquaman and Infinity War as well as smaller budget, artistic works such as Roma and BlacKkKlansman. To say that 2018 was an awesome year for entertainment would be an understatement! But, since the year is coming to an end, we’d like to look forward to 2019 and give you guys the lowdown on what you should be watching.

We all loved Split when it came out in 2017 and the coolest part about the M. Night Shayamalan directed thriller was its ending. We got to see Bruce Willis’ character from Unbreakable make an appearance right at the end and it was awesome! We’re getting a connected superhero universe from Shyamalan and we can’t wait to see Willis take on Macavoy’s Beast in the film. We also get a creepy looking Samuel L Jackson as Glass, the titular villain of the film. We can’t wait!

How To Train Your Dragon 3: The Hidden World

Both HTTYD films have been a joy to experience. From the incredible graphics to the heart-warming story, HTTYD changed the way we looked at Dragons and made all of us want a Toothless for ourselves. So, in the third film of the franchise, we see Berk as a dragon paradise that is threatened by an unknown force. This means that we’ll be heading out on another adventure with our favourite Viking dragon riders.

Come on, guys. Do I need to say anything more about this film? You know you’ll be lining up to watch the final part of the long standing Marvel Cinematic Universe experiment. We’ve all fallen in love with Ironman, Captain America, Thor and The Hulk and we, here at Goodtimes, are just as excited as you all are in catching up with our favourite superheroes. How are they going to defeat Thanos after half the Avengers have been wiped out? Well, head on over to the theatres in April to find out.

Keanu Reeves is back as the scary AF hitman, John Wick. In the last film, we saw Wick being excommunicated from the Continental and is now battling for his life. We can expect more action, bloodshed and a kickass soundtrack as Chad Stahelski returns to direct this modern masterpiece. Exotic locations, gun fights to rival old westerns and an aesthetic to die for, John Wick 3 is shaping up to be a literal blast!

A hard R rating for Hellboy seems excessive but after seeing heads being blown off and such, we’re sure that 2019’s Hellboy is going to be glorious. The studio also got Neil Marshall (Descent) to direct the film so we can be sure it’s going to look absolutely bonkers. Even though Guillermo Del Toro is not involved in this project, we can be sure that Marshall will do an excellent job. Plus, we got Ian McShane as Professor Bruttenholm and who doesn’t love McShane?

After 2014’s Godzilla disappointed a few fans who thought that the film barely focused on the actual monsters, the sequel looks absolutely insane! With Rodan, King Gidorah and Mothra all making an appearance, this mash of monsters is going to topple the world! Plot details are sparse but judging from the trailer, we can sure as hell expect some awesome monster battles and wholesale destruction in Godzilla: King Of Monsters.

From the first look of the film, we can say that Aladdin might not shake the world up, but it’ll definitely take you back to the days when we were still kids singing ‘A Whole New World’! Starring Will Smith as the genie and Mena Massoud as Aladdin, we’re sure that Disney’s magic will be all over the film. We’re essentially drooling for a trailer now!

Homecoming marked the return of Spiderman to the Marvel fold and Far From Home is going to continue the tale of Peter Parker. This time Peter comes ‘face to dome’ with Jake Gyllenhall’s Mysterio. The film promises to be a fun-filled ride and sees the return of Tom Holland as the titular Spiderman. Even though there is no trailer out yet, we can assume that the film will be just as good, if not better than Spiderman: Homecoming. 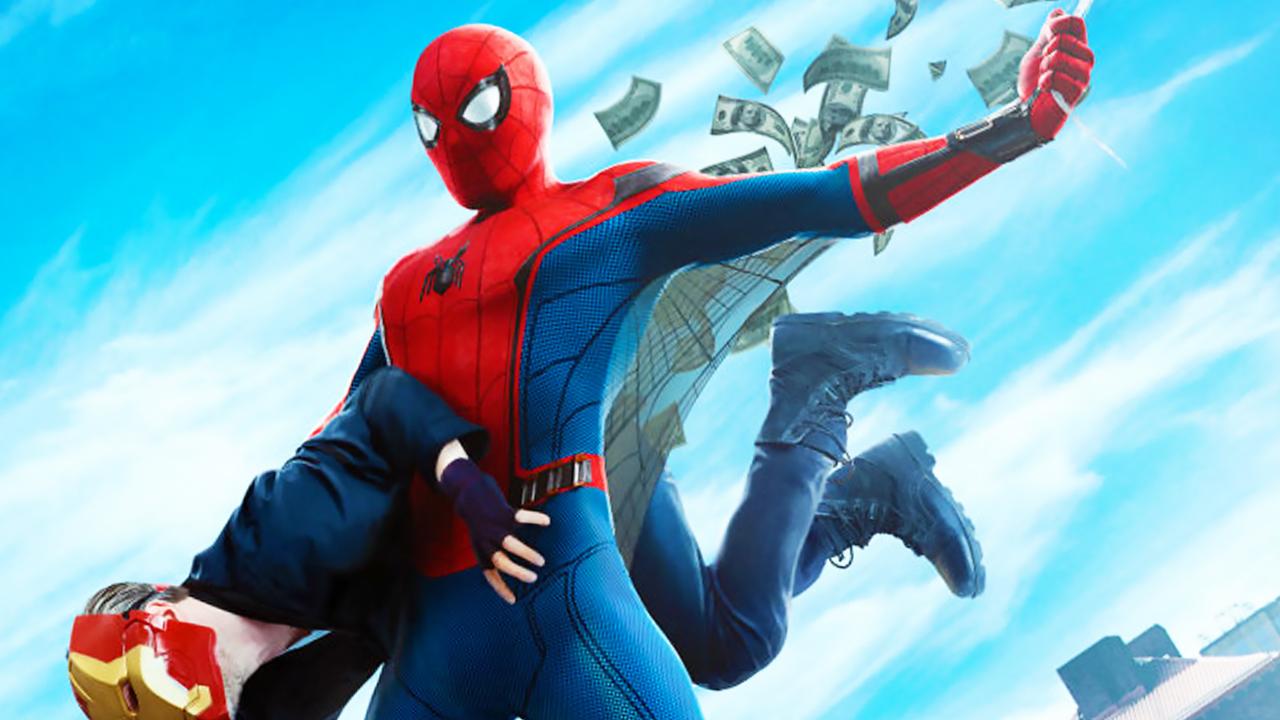 Even though DC has stumbled with its big budget films, Wonder Woman and Aquaman brought the stupid back on the right track. After the disaster that was Justice League, the executives at DC went back to the drawing board and decided to scale down its superhero films. Because of that we’ve got Shazam. An infinitely smaller film than Justice League, Shazam will focus on the magical superhero played by Zachary Levi along with Mark Strong as the villain.

Get Out was one of the best and most subversive films of 2017 and Us looks to be just as cool. Directed by comedic genius Jordon Peele, ‘Us’ looks to be the breakout horror hit of 2019. The film follows a family of 4 who head to a resort for a much needed vacation but find themselves locked in a harassed by their own doppelgangers. The trailer is creepy and looks to deliver another horror experience that is both thought-provoking and entertaining.

Woody and Buzz Lightyear return in the follow up to the excellent Toy Story 3. Pixar are essentially responsible for the growth of digital animation and over the years have become the leaders in the field with films like Up and more, the animation studio have pretty much conquered the industry. Not too much is known about the story but rest assured, we’ll be the first in line to watch it when it does come out.

The live action (well, CGI) adaptation of The Lion King is what we’ve all been waiting for since we saw the first film back in 1994. Now, after 25 long years we’re finally getting another adaptation of the classic. Directed by Jon Favreau (Ironman, Chef), the films looks to take us back to the jungle and get everyone to sing “Hakuna Matata” while walking down the street with their best friends.

After the first film scared the pants off all of us, the second chapter of the terrifying Stephen King adaptation is here to give you every nightmare you can imagine. After the kids of Derry defeated the creepy clown in the first film, they move on with life and are now called back to the town 27 years later to deal with the reemergence of the creature. Sure to thrill and horrify even the toughest of you all out there, It: Chapter 2 looks to be another hit horror film.

12 Exciting Bollywood Films You Need To Watch Out For In 2019, Month-Wise

Kader Khan: The Man Who Made Us Laugh, Not Just Through His Acting