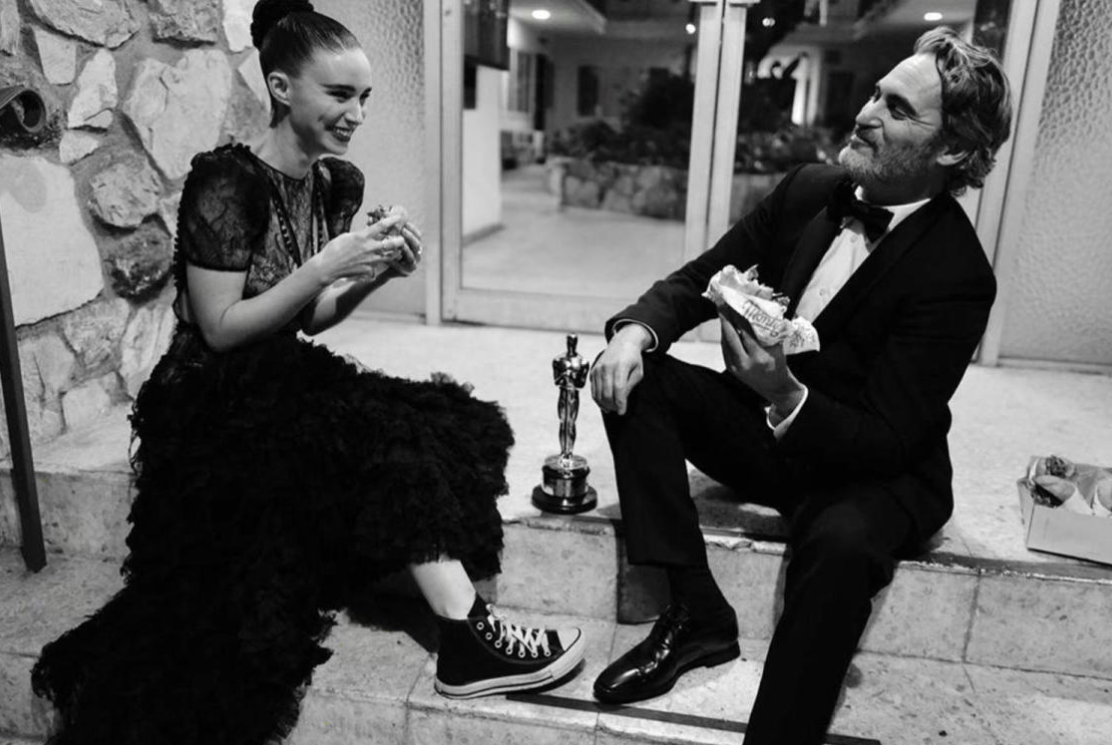 Rooney Mara & Joaquin Phoenix Are Expecting Their First Child Together!

Oscar winner Joaquin Phoenix and the girl with the dragon tattoo, Rooney Mara are reportedly expecting a baby together! As per the folks of Page Six, Mara is apparently 6 months pregnant with the actor’s child. However, reps for both Mara, 35, and Phoenix, 45, have refused to respond to numerous requests for comment from Page Six.

The couple first met on the sets of the movie Her in 2012, but didn’t start dating until 2018 while shooting for the movie Mary Magdalene. They soon became engaged in 2019, and were spotted every where together from premieres to award ceremonies, to kicking it up with delicious vegan burgers!

Congratulations to the happy couple!