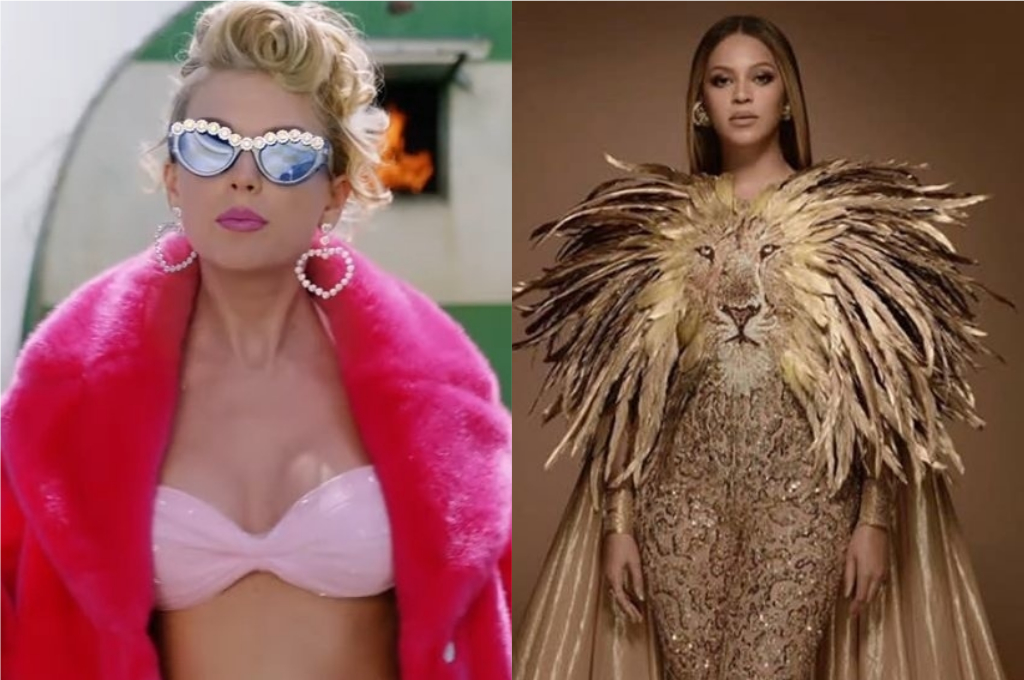 Two copying allegations in less than two months? That’s what Taylor Swift’s situation is like right now. To make it worse, she’s being accused of messing with none other than Queen B, Beyoncé! Swift’s latest music video for ‘You Need to Calm Down’ dropped on YouTube yesterday. In twenty odd hours, it has attracted seventeen million views and well, drama.

People of the internet didn’t take long to announce that Swift’s latest video is a rip-off of Beyoncé’s ‘Party’ video. Twitterati has pointed out multiple similarities in the two videos. Have a look:

#YouNeedToCalmDown would be a beautiful (yet opportunistic) salute to the LGBT community if it weren’t a direct rip-off of Beyoncé’s #Party video 🧐 pic.twitter.com/NH3J3taX95

This is the second time Swift is being accused of copying Beyoncé in 2019. Just last month, her performance of ‘ME!’ at the Billboard Music Awards was criticised as being a copy of Beyoncé’s iconic 2018 Coachella show.

Flashback to 10 years ago, the MTV Video Music Awards of 2009 were quite possibly where the seed of the conflict was planted. Yes, we mean when Kanye West decided to disrupt Swift’s award acceptance to say that, “Yo, Taylor, I’m really happy for you, I’mma let you finish, but Beyoncé had one of the best videos of all time!”

Man, these ladies just can’t seem to catch a break! Quite the disappointing 10-year challenge, this one. The internet stands divided as Swift’s fans defend her against the allegations. Alas, whether Swift has actually been copying Beyoncé is still convoluted. What do you think?

EXCLUSIVE: Anand Kumar Says This Was The Most Shocking Moment Of ‘Super 30’ For Him!