Only a few in the world master the art of words and wisdom; it’s a challenging paradox that’s not very easy to grasp. And if there’s one person, one character who can simultaneously strike the chords of knowledge, wit and humour together, he’s Tyrion Lannister from the worldwide popular show Game of Thrones. He’s incredibly intelligent, and worked his way out of all conundrums, mostly through his words. Full of wise words and an advice on almost everything, Tyrion grabbed our attention every time he was on screen.

Game of Thrones is over and we miss his dialogues the most, so here we present the best dialogues of Tyrion, played by Peter Dinklage who took the character of the dwarf Lannister to pinnacle.

1. Tyrion imparted this deep wisdom when Cersei said it would be more of a mercy for Bran to die, after Jaime pushed him out of the window and put him in a coma. (S01 E02) 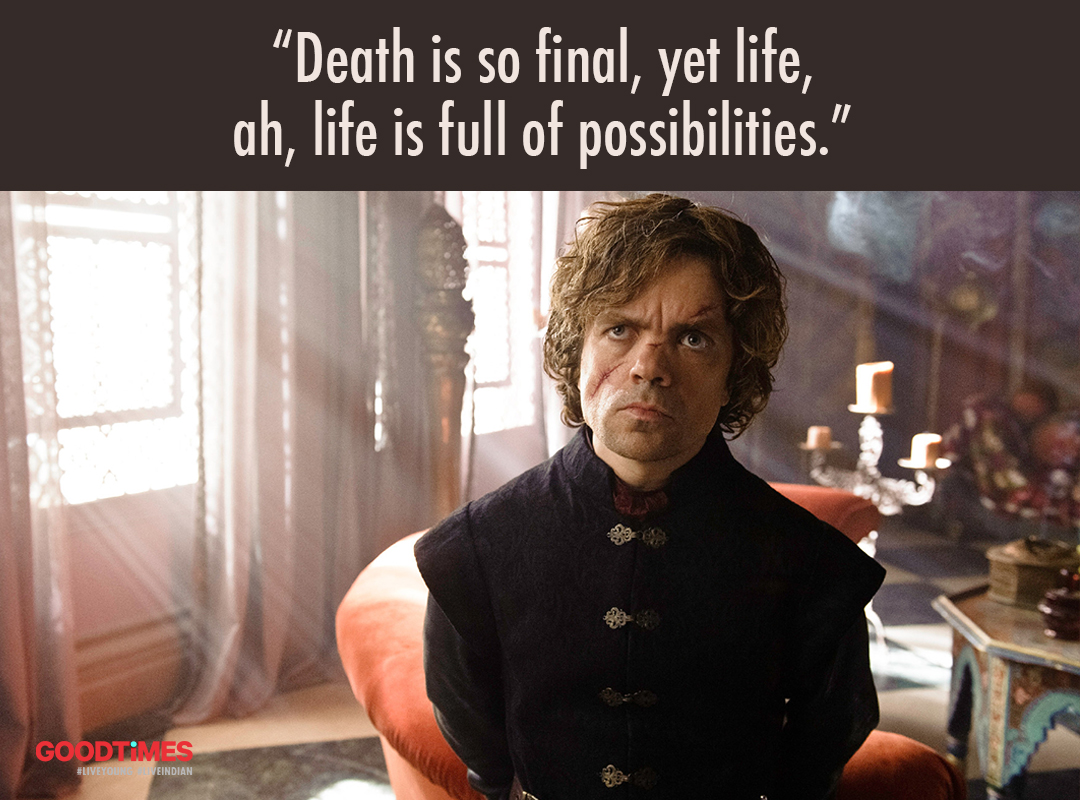 2. On their way to the wall, Jon Snow furrows his brow, bemused as to why Tyrion is always reading. And there couldn’t be a better justification of brains over brawn. (S01 E02) 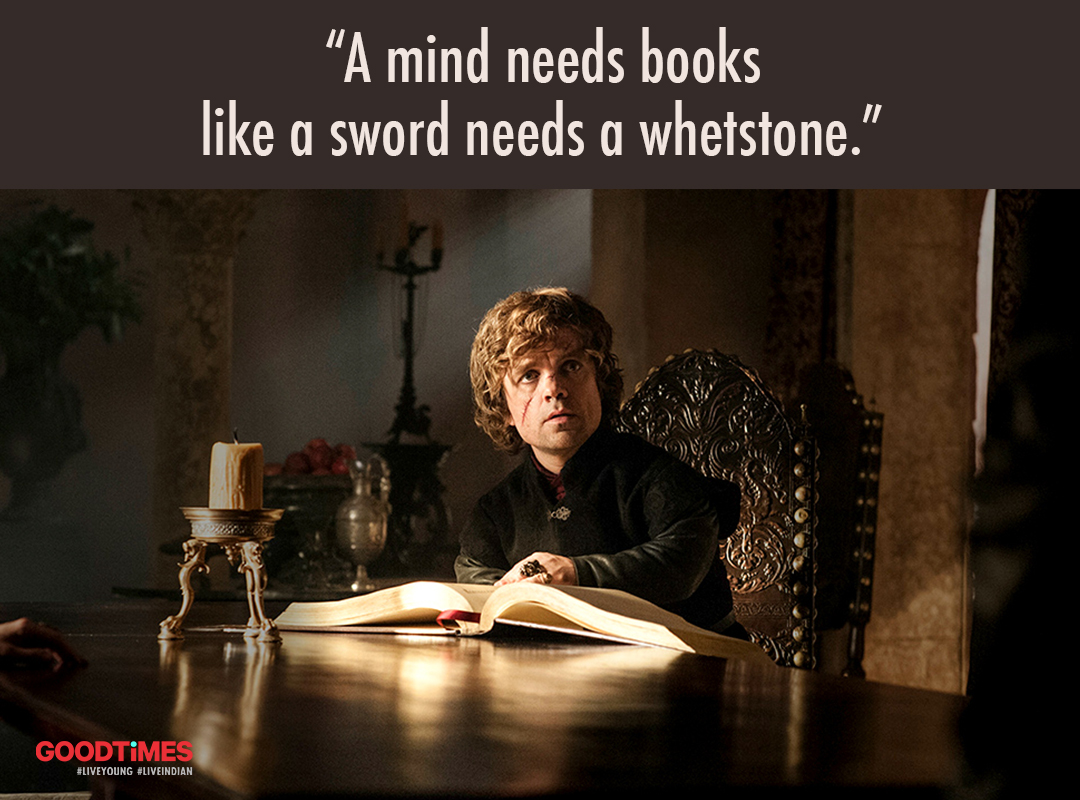 3. A jealous Shae asks Tyrion how he knows Ros, yet another prostitute and the master of spin just had the perfect justification, one that can’t be denied. (S03 E02) 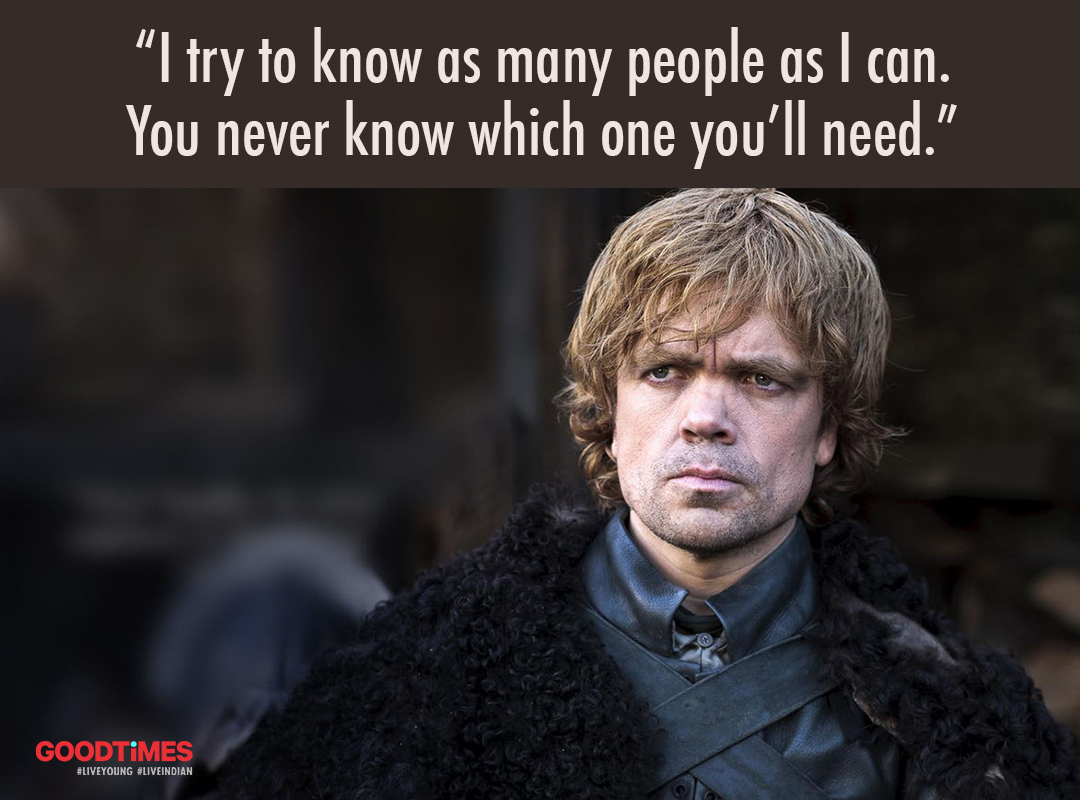 4. Tyrion, Missandei and Grey Worm are waiting together for Daenerys when Tyrion passed one of his own statements as ancient wisdom; we all know who he calls the wise man. (S06 E03) 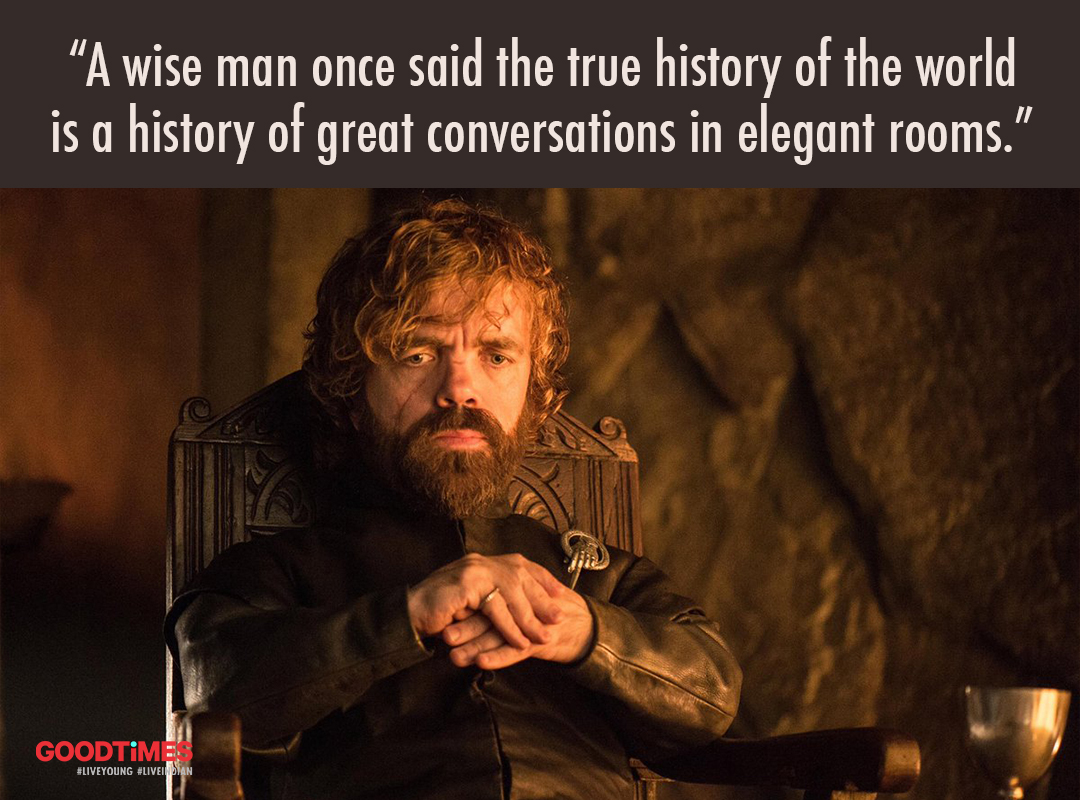 5. Tyrion’s total and absolute dismissal of Lord Janos Slynt comes when the former questions the latter’s honour while dining together. (S02 E02) 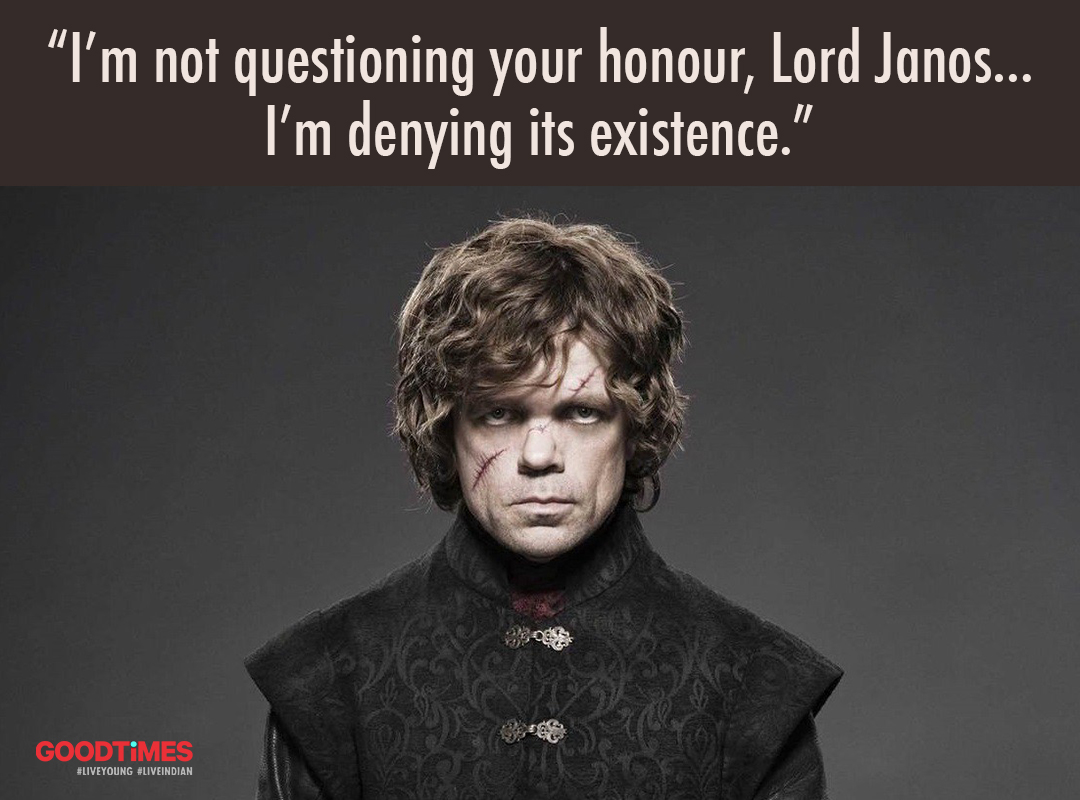 6. When Tyrion and Bronn were travelling out of the Vale into the Riverlands, they were caught by the Stone Crows in the forest. Their leader Shagga asked “How would you like to die, Tyrion, son of Tywin?”, to which he said (S01 E08)- 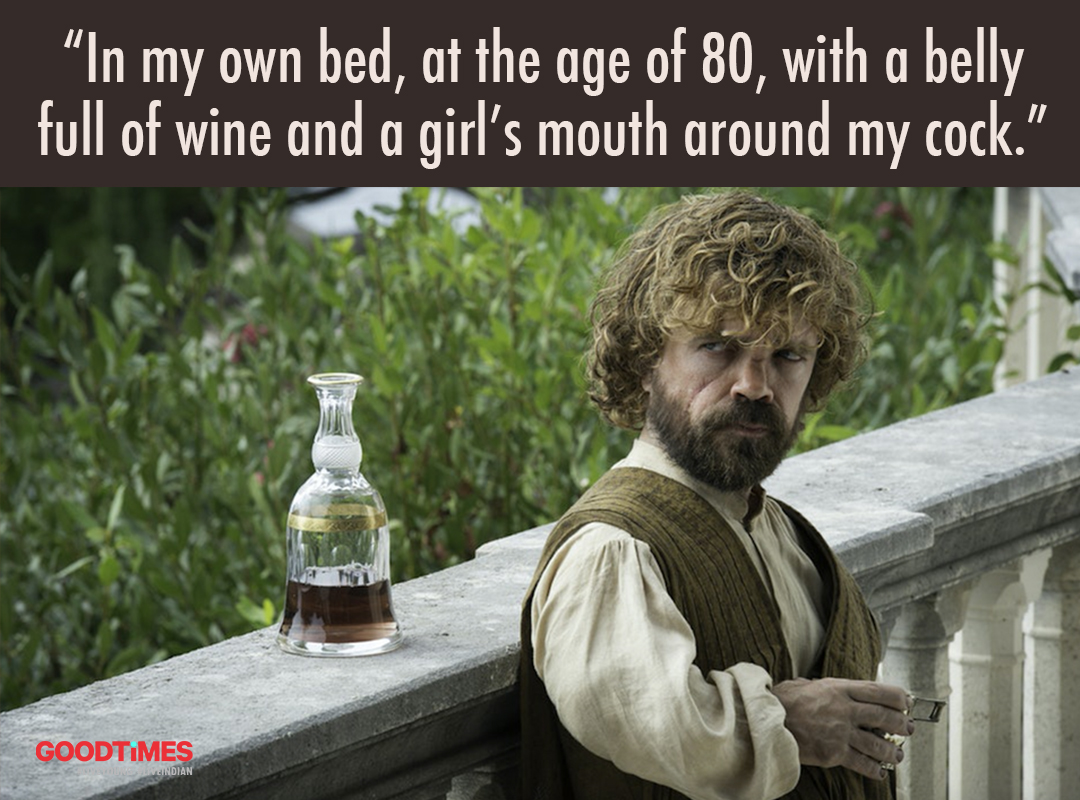 8. Ahead of the Battle of Blackwater, Tyrion was offended when Varys tells him, “They say he (Stannis) burns his enemies alive to honor the Lord of Light.” (S02 E08) 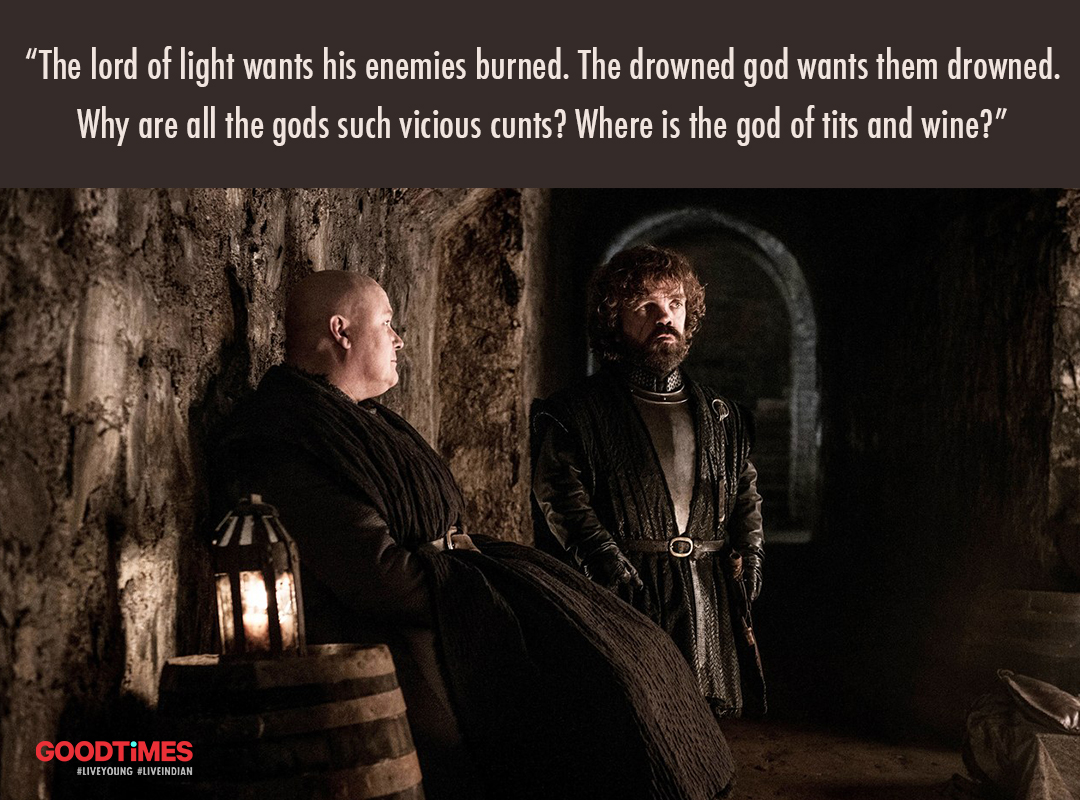 9. When Missandei asked Tyrion how he knew dragons won’t fare well in captivity despite never seeing one before and the reply couldn’t be more Tyrion-like. (S06 E02) 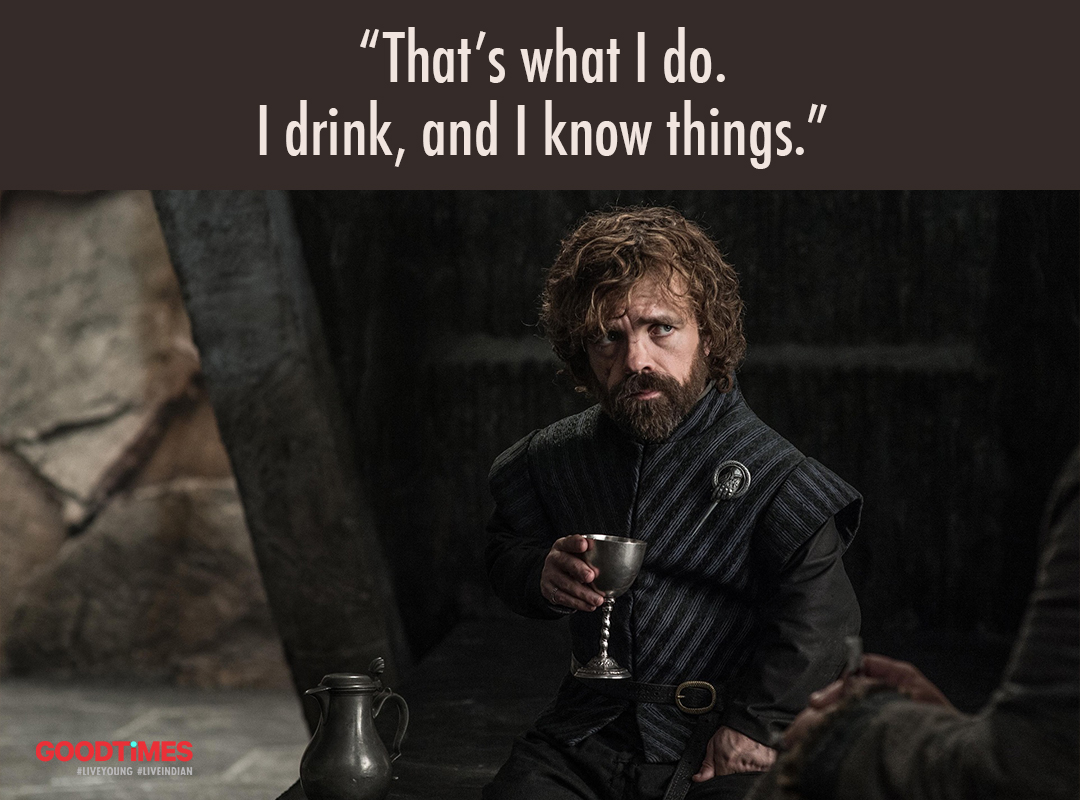 10. While Jaime crippled Bran for life, Tyrion brought Bran a blueprint for a saddle that will allow him to ride again. (S01 E04) 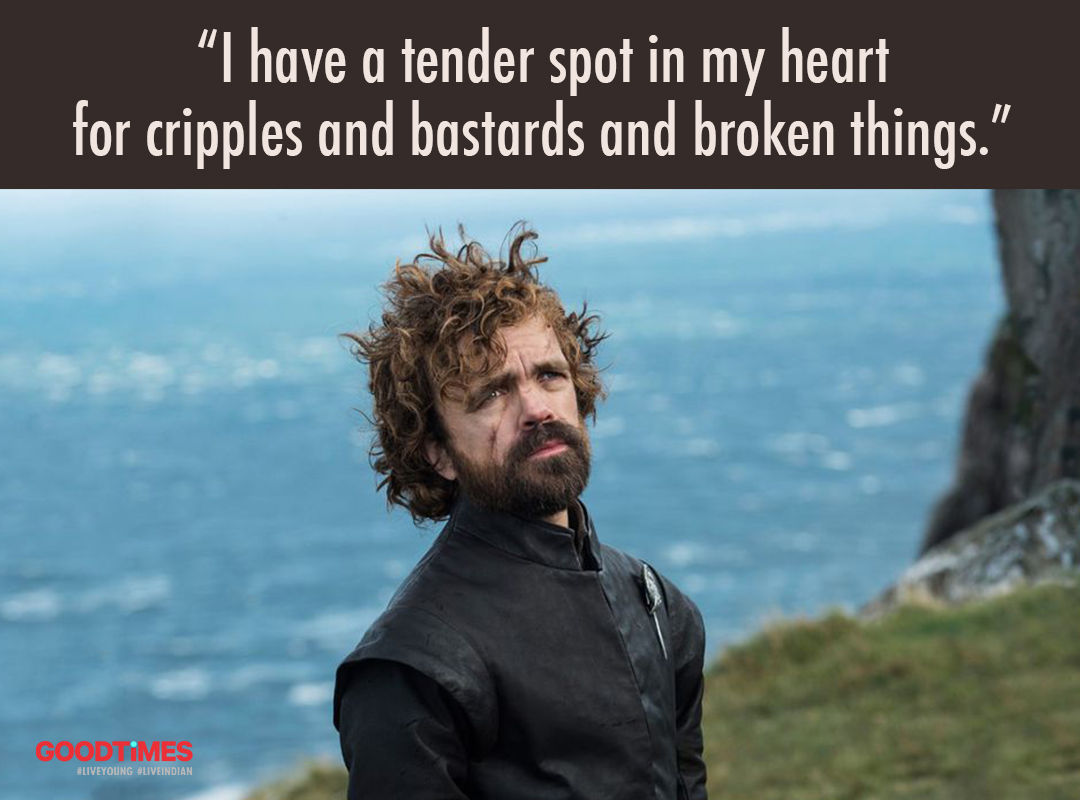 Our Favourite Cadbury Dairy Milk Gets A Healthy Makeover