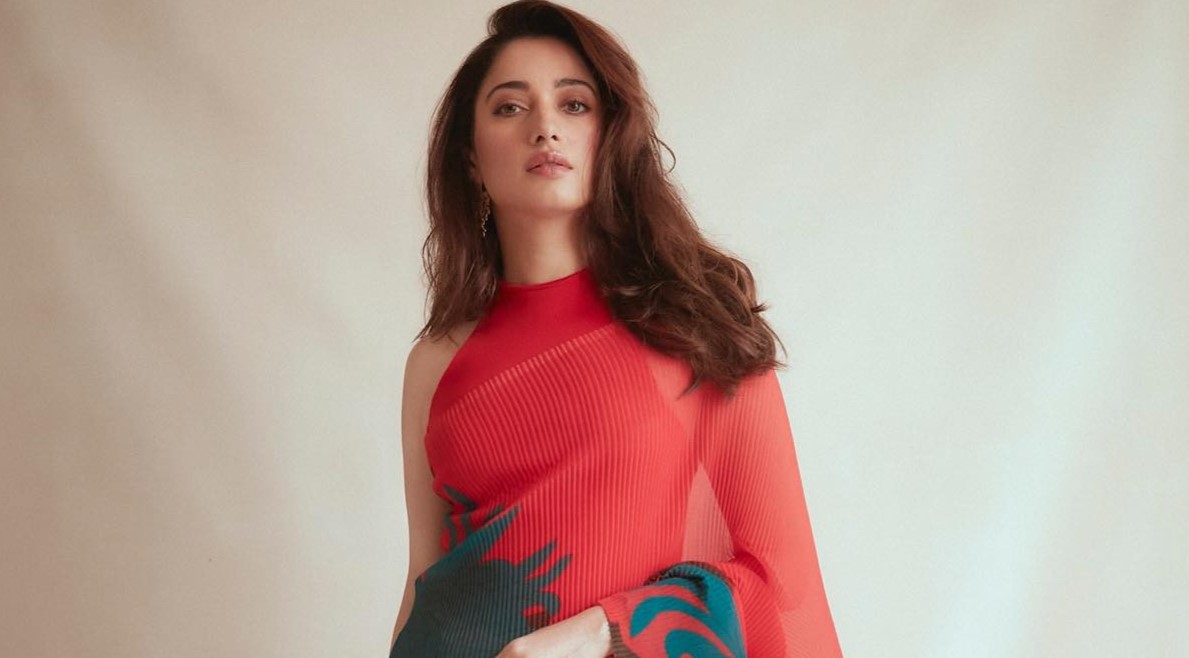 Tamannaah Bhatia has been making headlines because of her fashion game. While we were taking some inspiration from her, we heard a little bird whisper that Tamannaah Bhatia is getting hitched soon. The actress who was last seen in Babli Bouncer is seeing a young businessman from Mumbai and will soon tie a knot too.

According to the reports, the businessman from Mumbai has been trying to woo the actress, and after much thought she has finally said yes! The reports also said that her parents liked him too and had given their nod to the union. 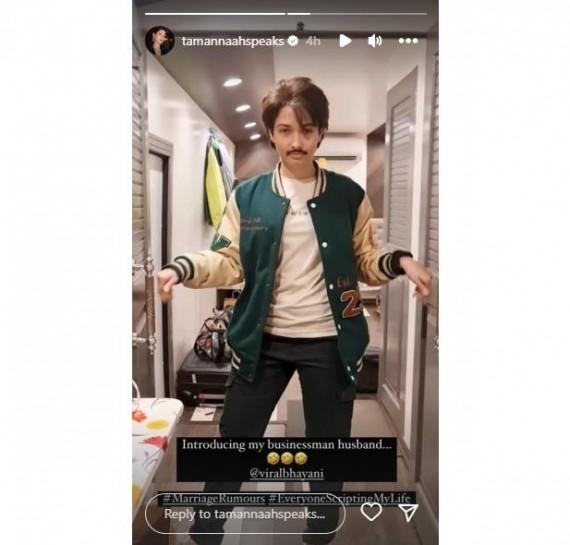 While we all were expecting some happy and exciting news from the actor, Tamannaah Bhatia took to her social media and gave a befitting response to shut down such reports through a picture.

Tamannaah took to her Instagram stories and shared one of her older reels which was getting shared by many media houses, along with the reports that she is getting married soon. She shared the same video and introduced her businessman husband to the world, by taking a screenshot of the latter part of the video, in which she can be spotted in a man’s avatar. The hilarious response from Tamannaah was well-received by her fans and the audience. She captioned the picture, “Introducing my businessman husband…@viralbhayani #MarriageRumours #EveryoneScriptingMyLife.”

Isn’t this a very boss lady move? What do you think? 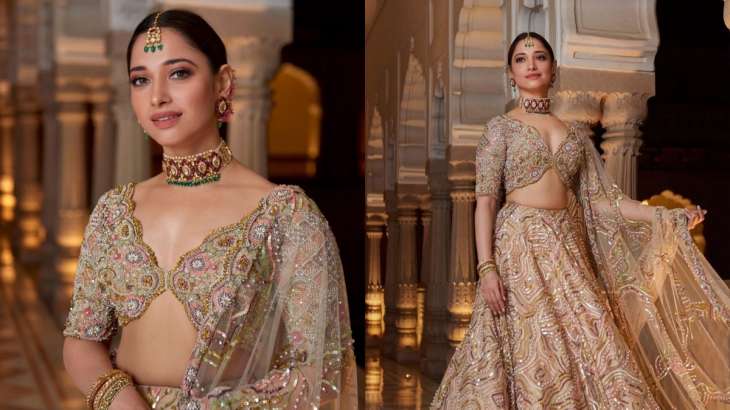 On the work front, Tamannaah Bhatia has Chiranjeevi’s Bhola Shankar, Bole Chudiyan, Gurthunda Seethakalam and Bandra in her kitty at different stages of production. The actor is also awaiting the release of a series, Jee Karda.