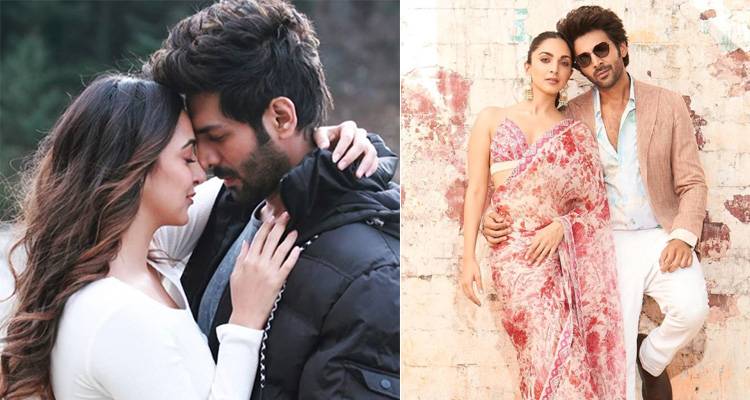 The Bhool Bhulaiya 2 duo is back with another film! The much anticipated Sajid Nadiadwala film in collaboration with Namah Pictures – Satyaprem Ki Katha starring Kartik Aaryan & Kiara Advani directed by Sameer Vidwans is set to release on June 29, 2023. Just a few weeks back, the filmmakers announced that the film’s title had been changed.changed the film’s title. Sameer Vidwans apologized and also issued a statement to announce that the title was changed to avoid hurting sentiments.

Taking to Twitter, Nadiadwala Grandson Entertainment shared the film’s release date in a post and wrote, “Enter the world of a musical love story, #SatyapremKiKatha in theatres near you on 29th June 2023 #SajidNadiadwala #SatyapremKiKatha.” According to the details released, this “soulful musical love saga”will see Kartik Aaryan essay the role of SatyaPrem while Kiara Advani will be seen as Katha. Kartik Aaryan even shared a picture with Kiara Advani in which he carried her in her arms and wrote, “Happy Birthday Katha!! Tumhaara (Your) SatyaPrem (red heart emoji) #SatyapremKiKatha @kiaraaliaadvani (sic).”