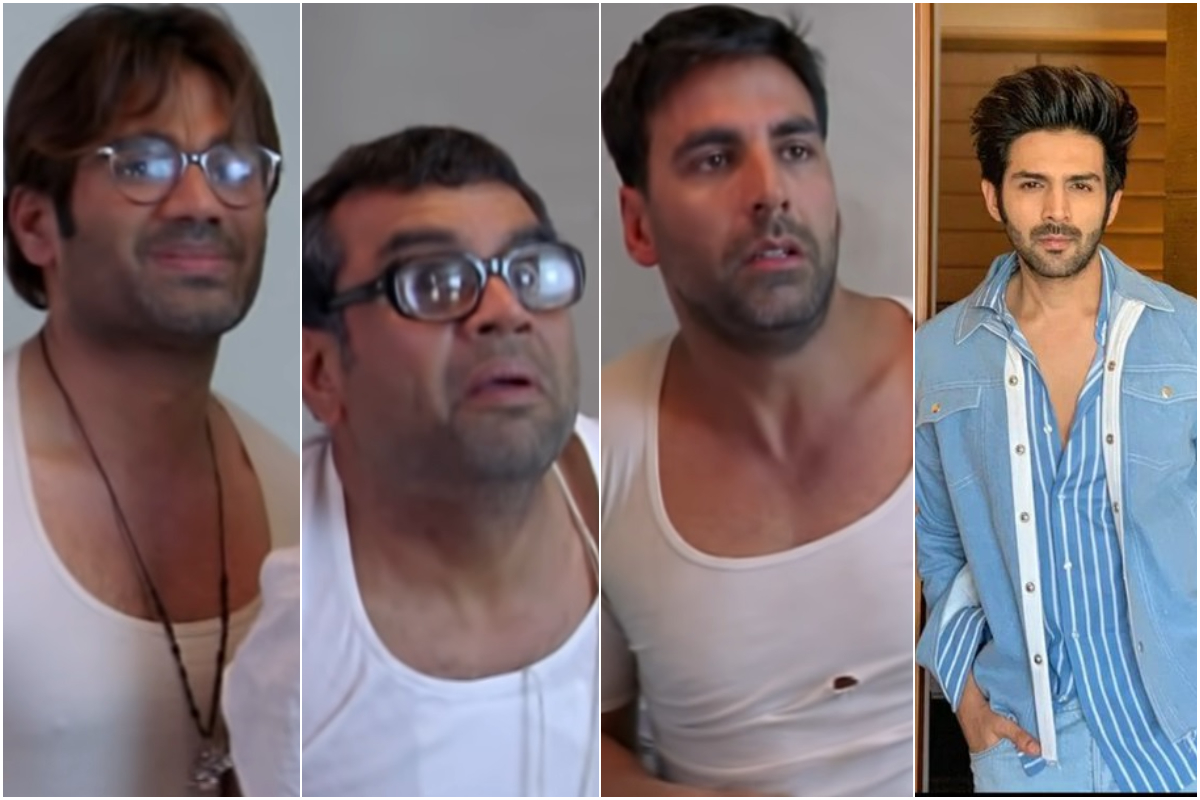 We’ve all been waiting to hear the good news about the casting of the 3rd installment of the epic comedy film, Hera Pheri 3.

Recently Akshay Kumar confirmed that he won’t be a part of the upcoming film. While the fans were sad to hear this news, there were talks of Kartik Aaryan joining the team.

Well, when Suniel Shetty was asked about working with Kartik Aaryan in Hera Pheri 3, he had different views. While the actor said that he is looking forward to working with Kartik Aaryan, who he thinks adds the much needed “spark of youth” to the franchise, he revealed that Kartik won’t play everyone’s beloved character ‘Raju’ and won’t be replacing Akshay Kumar in the next installment of Hera Pheri. Sunil Shetty said to a news portal, “Kartik plays a completely different character. It is not Raju. Kartik has an amazing charm and that’s why he is where he is. He is passionate and he wants to work. He might just bring a freshness to these three people. He might just add the spark of youth that he has. His experience and his energy might just work like magic. There’ll be someone to match Babu bhai’s energy na, because Raju and Shyam have probably gotten older. I’m looking forward to Kartik and the film. It’s been fourteen long years, chaudaa saal ho gaye, vanvaas ho gaya, and still the audience remembers the characters, which is fantastic.” The actor also said that he is ‘disappointed’ with Akshay Kumar for not being a part of the 3rd installment.

On the work front, Suniel Shetty is currently promoting Dharavi Bank, while he also has File 323 with Anurag Kashyap, which is reportedly based on alleged financial fugitives Vijay Mallya and Mehul Choksi.

“We Give Too Much Credit To Actors. Actors Do Nothing”- Priyanka Chopra