Gauri Khan, Maheep Kapoor and Bhavana Pandey were seen on the latest episode of Koffee with Karan Season 7. The trio that was recently seen on Netflix’s reality show “Fabulous Lives of Bollywood Wives” along with their spouse, children and friends Seema Sajdeh and Neelam Kothari opened up about their personal lives, their bond with each other and more.

Karan Johar brought up the topic of Aryan Khan’s arrest by the Narcotics Control Bureau (NCB) in connection with an alleged drug bust onboard a cruise ship in Mumbai in October last year and asked her how she dealt with the difficult situation.

In response to the same, Gauri Khan said- “Nothing can be worse than what we have just been through. But where we all stand as a family, I can say that we are in a great space. We feel loved. All our friends, and so many people whom we didn’t know, so many messages and so much of love. We feel blessed. We are grateful to everyone who helped us.” 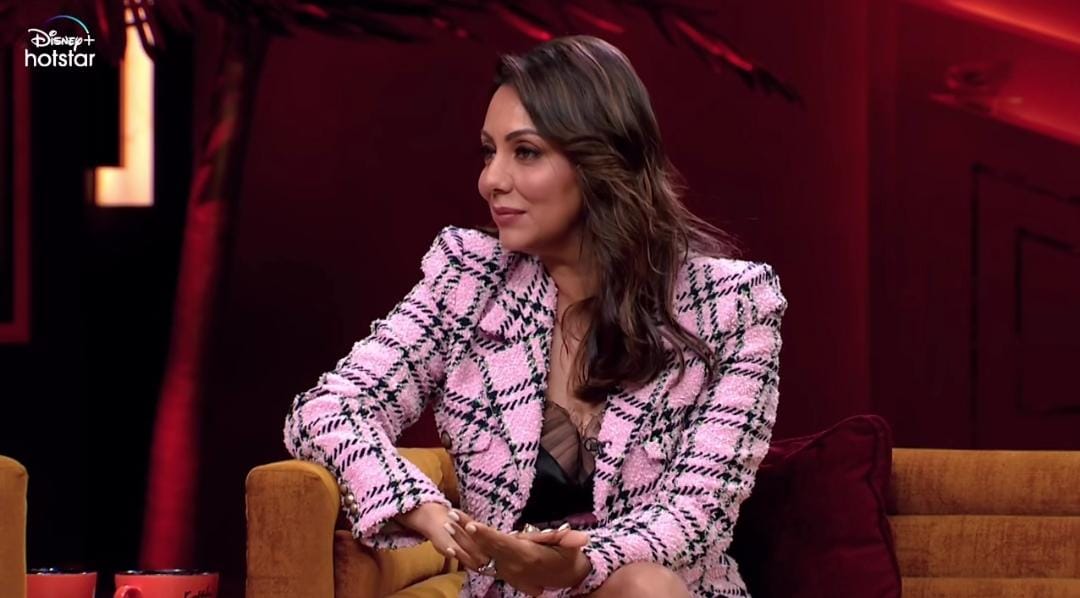 While talking about her husband Shah Rukh Khan, the interior designer revealed that her husband’s name comes with baggage and works against her in many scenarios. Elaborating on the same she said- “When considering a new project, there are some people who consider me as a designer. But there are also times when it does not work out that way because at times, sometimes people do not want to get attached to the baggage of working with Shah Rukh Khan’s wife. It works against me 50% of the time.” 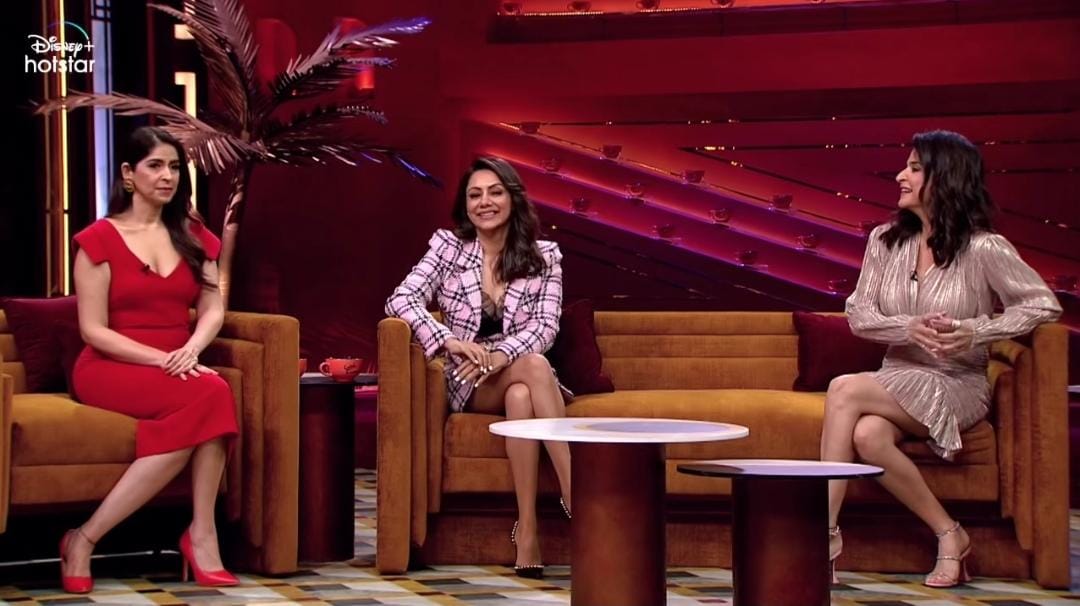 During the rapid fire round, host Karan Johar teased Bhavana Panday while talking about her daughter Ananya Panday’s relationship and asked- “Who do you think Ananya looks best with?’’. The list of options consisted of Ananya’s co-stars namely, Kartik Aaryan, Ishaan Khatter, Siddhant Chaturvedi, and Tiger Shroff. Bhavna Panday tried to play it safe and replied by saying that she thinks her daughter looks best with Aaryan, acts best with Ishaan, and dances best with Tiger.

On the Koffee couch, Maheep Kapoor also opened about the difficulties she and her family faced when husband Sanjay Kapoor was out of work for a few years, and stated- “There were times when Sanjay was sitting at home for years with no work. Money was tight. My kids have grown up seeing that along with the glamour and glitz.” 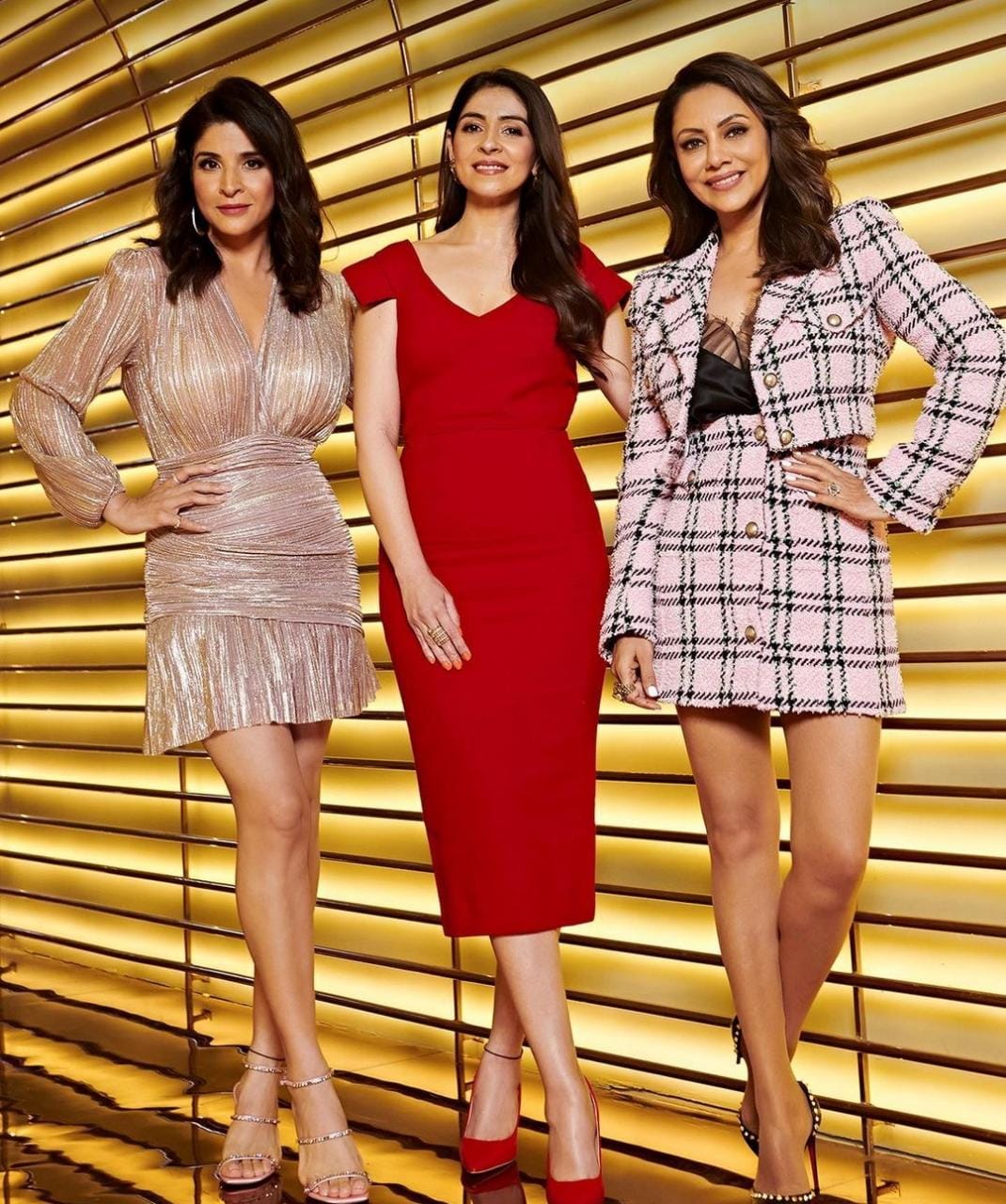 On the work front, Gauri Khan  is currently hosting a new show called Dream Homes where she will be seen transforming the homes of celebrities such as Katrina Kaif, Jacqueline Fernandez, Manish Malhotra, Farah Khan and Malaika Arora.