Rumours about the casting of Anurag Basu’s upcoming film “Aashiqui 3” starring Kartrik Aaryan started brewing soon after the film was announced. The rumours were around the leading lady of the much anticipated third instalment of the Aashiqui franchise.

The T-series spokesperson released an official statement to put all the rumours to rest. The statement read- “There is no truth to any rumours pertaining to the female lead opposite Kartik Aaryan in ‘Aashiqui 3.’ The search for the perfect fit for the movie is still ongoing. We are currently in a very early stage where we are still coming up with ideas for the movie. Much like the audience, we are eagerly awaiting to finalise the female lead of the film and would love to share it with the fans as early as possible.” 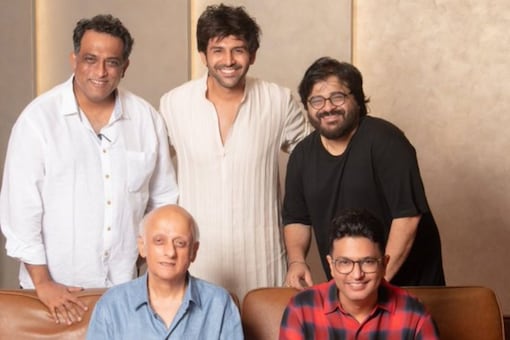 According to the rumours, popular television actor Jennifer Winget was supposed to star opposite Kartik Aaryan in the film. Now the official statement released by the makers has debunked all the speculations around the casting of the film as no female lead has been finalised yet.

Produced by Mukesh Bhatt and Bhushan Kumar the third instalment of the Aashiqui franchise is being helmed by director Anurag Basu.