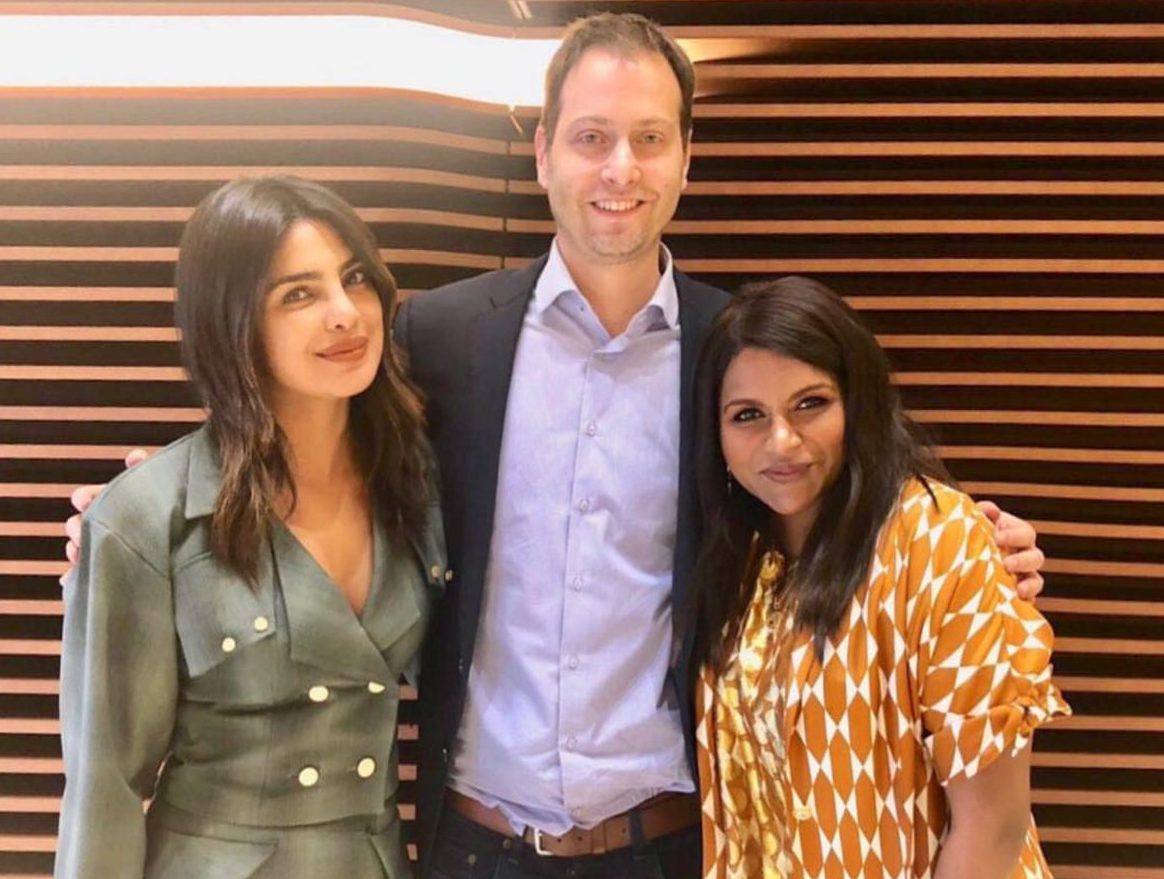 Mindy Kaling & Priyanka Chopra To Come Together For Universal Studios Next!

After an auction bid for a story pitch, Priyanka Chopra and Mindy Kaling are teaming up with writer and producer Dan Goor for an untitled comedy. While Mindy Kaling and Dan Goor will take on the scriptwriting responsibilities, Priyanka Chopra will star alongside Kaling in the film. Both the leading ladies made the announcement on their respective social media handles –

Two women with a passion for telling good stories, just got the green light to THEIR story THEIR way. So proud of this incredible partnership with @mindykaling and @djgoor! We are about to show you what it means to be modern, global, and Indian. See you at the cinema! pic.twitter.com/5V71fFvX4L

“Two women with a passion for telling good stories, just got the green light to THEIR story THEIR way. So proud of this incredible partnership with Mindy Kaling and Dan Goor,” read Priyanka’s post on Twitter. The film is touted to be a ‘wedding comedy’ centred around a big fat wedding in India and the cultural clashes that ensue. The wedding, around which the story is based, will take place in America and India. The makers are referring to it as a film which is a mix of Crazy Rich Asians and My Big Fat Greek Wedding.

Priyanka Chopra had been spotted meeting Mindy Kaling, earlier in the week , which lent itself to speculation about a future collaboration

It is said that the film was chased by several big production houses – the likes of Amazon, Netflix, Sony, and Legendary among them. Finally, the bid was awarded to the trio of Dan Goor, Mindy Kaling, and Priyanka Chopra. The film is being jointly produced by Mindy Kaling’s Production House Kaling International, Chopra’s Purple Pebble Pictures, and 3 Arts, along with Dan Goor. Dan Goor has previously co-created the comedy show Brooklyn Nine-Nine. Mindy Kaling was last seen in Ocean’s Eight. Priyanka Chopra was seen in her last Hollywood outing Isn’t It Romantic, opposite Rebel Wilson.

My dream team is making a movie. Can’t wait for this one!🙌🏾💃🏾🌟🕺🏾💜🎬 @priyankachopra #DanGoor pic.twitter.com/YOe2brOby1

Arjun Kapoor Releases Poster Of His Next Film, Teaser Out Tomorrow