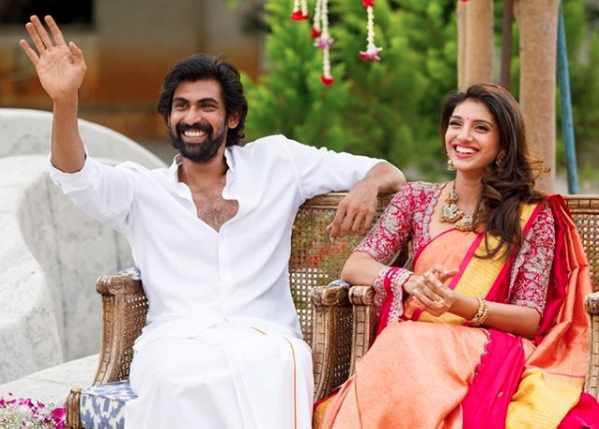 ‘And it’s official’, writes Rana Daggubati, as he shares a photo from his engagement that took place amidst a lockdown.

While the couple wore no masks and gloves, and were seen sitting pretty close to each other – they were seemingly happy. Much like how life was before the novel coronavirus changed the way humans began (not) associating. Honestly, it seemed more like a #ThrowbackThursday post. Jokes apart, the newly engaged Rana and Miheeka looked great in traditional attires.

And she said Yes 🙂 ❤️#MiheekaBajaj

About a week ago Rana Daggubati had announced that his girlfriend Miheeka Bajaj had said ‘Yes’ to marrying him.

The actor was considered one of the most eligible bachelors in the film industry and had kept is relationship with Miheeka Bajaj a secret for quite some time.

On the work front, Rana Daggubati’s upcoming movie Haathi Mere Saathi has been delayed due to the coroanvirus pandemic. A new release date for the movie is still to be announced

‘1000-Fold Increase In No. Of COVID-19 Tests’, Says Indian Council Of Medical Research

Rana Daggubati Finally Reveals His Relationship Status, He Is Getting Married!