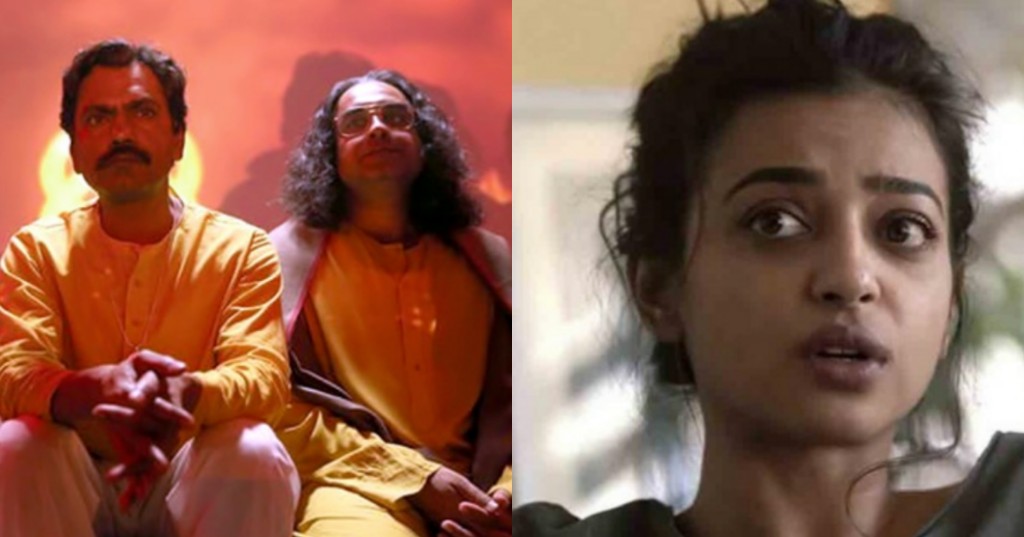 Much loved by the global audience, web series Sacred Games’ Season 2 has received an International Emmy nomination for the Best Drama Series.

Anurag Kashyap directed parts of both, Sacred Games and Lust Stories. The filmmaker was one of the directors with Zoya Akhtar, Dibakar Banerjee, and Karan Johar. “What a day. 3 Emmy Nominations…” he wrote on Twitter.

So proud and excited that our anthology #luststories is nominated at the Emmy’s!!! Our quartet rocks! #zoya #anurag #dibakar thanks for the support @RSVPMovies @RonnieScrewvala @ashidua_fue and our amazing platform @NetflixIndia pic.twitter.com/htMiyrbRqj

Radhika Apte is nominated in the Best Actress category for her role in Lust Stories; with Jenna Coleman for The Cry, Marjorie Estiano for Brazil’s Sob Pressao 2 and Marina Gera for Hungary’s Orok Tel.

Other than the two, The Remix is another Indian web television series; competing in the Non-Scripted  Entertainment category as announced by International Academy of Television Arts & Sciences.

“The diversity, geographic spread and quality of this year’s nominees is a testament to the increasing wealth of outstanding television being created on a global scale,” says Bruce L Paisner, president and CEO of the International Academy of Television Arts & Sciences.

A Love Letter To Pepperoni, Those Big Circles Of Sheer Flavour

Looks Like Actress Radhika Apte Has No Clue About Millennial Slang