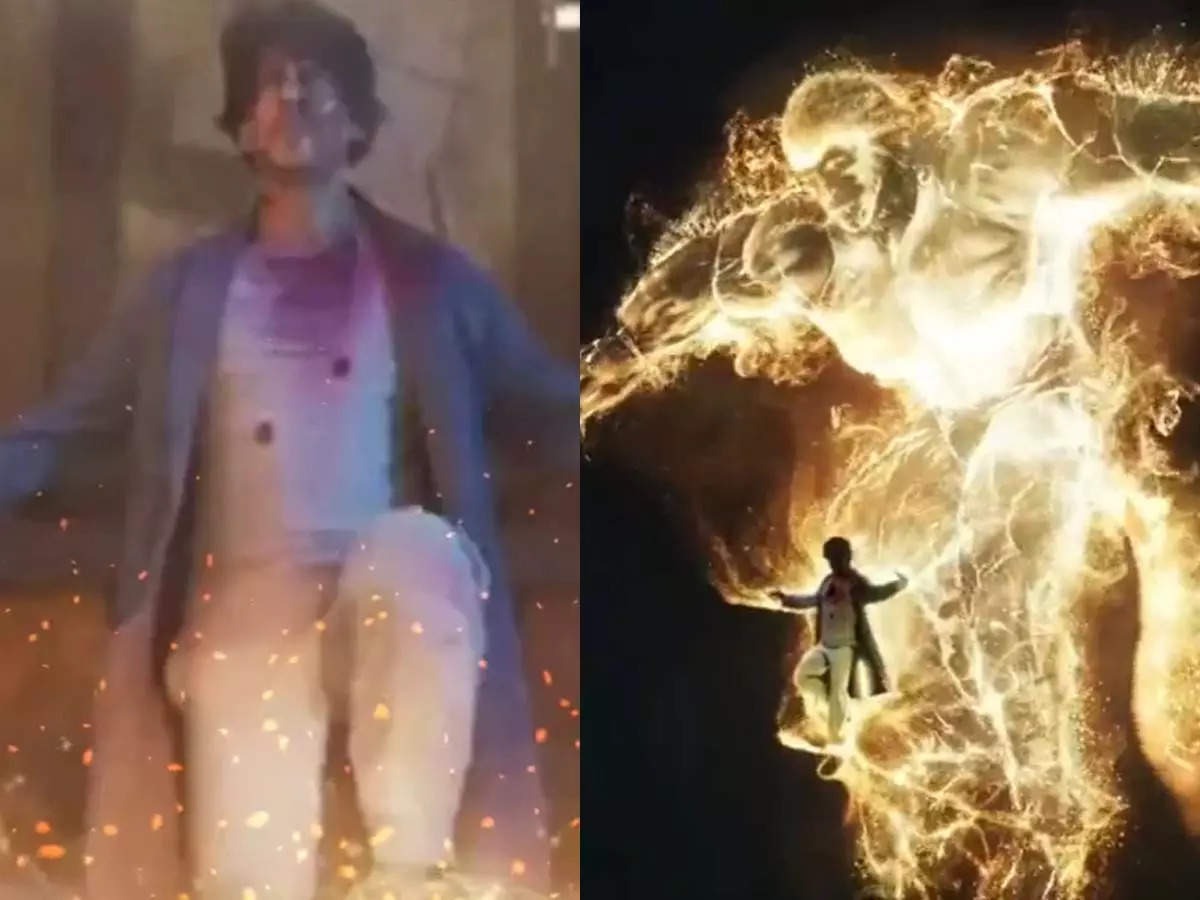 Brahmastra starring Alia Bhatt and Ranbir Kapoor is one of the most anticipated film. While the trailer had left everyone in awe and it hinted at major cameos of Shah Rukh Khan and Deepika Padukone in the film without truly revealing anything.
Now Shah Rukh Khan’s pictures have been leaked online on Twitter on Thursday, and looks like the actor is playing the Vanara Astra shown in the trailer. In one of the photos shared online, Shah Rukh was seen on his knees as he gave his signature open arms pose while soaked in blood. In another photo, the actor’s alleged Vanarastra character elevates in the air, a bright golden silhouette of lord Hanuman begins to appear. 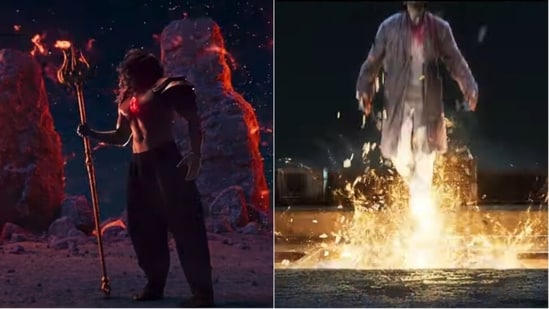 In the film Ranbir Kapoor plays Shiva – the Agni Astra in the first part of Ayan Mukerji’s Astraverse trilogy.
Are you excited to watch the film? Tell us in the comments below:
actoralia bhattAyan MukherjiBollywoodbrahmastraDeepika PadukoneRanbir KapoorShah Rkh Khan