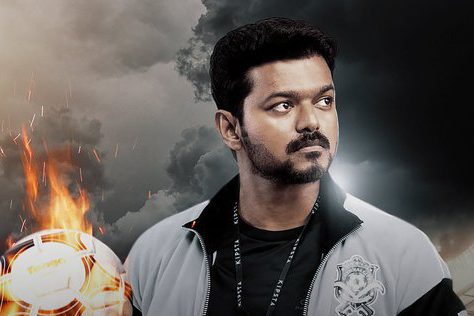 Ahead of the film’s audio launch, a new poster of Thalapathy Vijay’s upcoming film ‘Bigil’ has released on social media. The actor can be seen tossing a football in his hand, with female footballers standing behind him. Archana Kalpathi, who is the creative producer of the film, shared the poster on her Twitter handle –

Thalapathy Vijay plays a football coach in the film, who coaches the women’s team in his city. Vijay will be seen in a double role in Bigil, as a Chennai gangster as well his son who is a football player. The film will have four different looks of Vijay in the film, one as a passionate footballer who ends up becoming a gangster and finally becomes a football coach for underprivileged women. Another poster showed the different avatars of Thalapathy Vijay in Bigil – 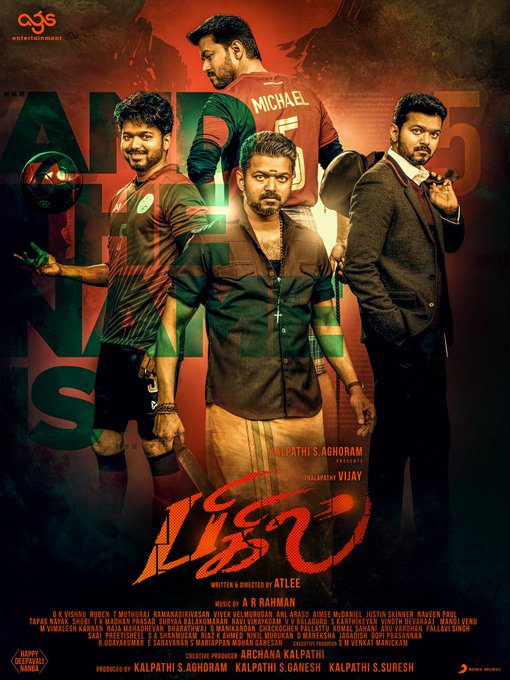 While the full audio launches on September 19, one track from the film has already been released, titled Singappenney or the Bigil Women Anthem.

Bigil is touted to be the costliest film in Vijay’s career. AR Rahman will be composing the music for the film. The cast also includes Kathir, Indhuja, Jackie Shroff, Daniel Balaji, Vivek, Anandaraj, and Yogi Babu. The Tamil sports drama releases on Diwali 2019.