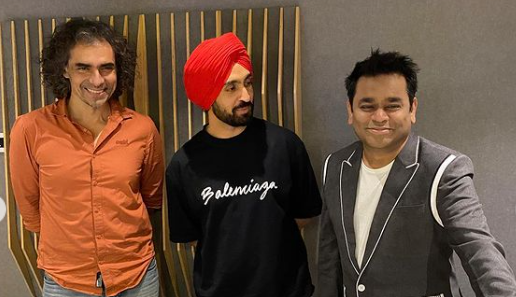 What will happen when a storyteller, a musical composer and a singer meet? Well, even we don’t know much, but we guess something exciting will happen!

Diljit Dosanjh, Imtiaz Ali & AR Rahman join hands for a project which fans speculate is a biopic of the late Punjabi folk singer Chamkila. Diljit posted a picture on his social media and wrote, “With LEGENDS 🤩 @arrahman @imtiazaliofficial #artist.”

Fans dropped comments in order to get the actor’s attention and get any sort of confirmation on the upcoming project and wrote, ‘Chamkila Biopic?’ in his comments section. 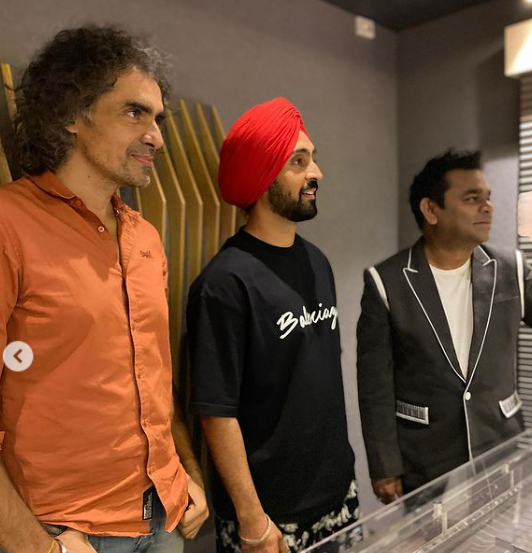 Though this Chamkila’s biopic has not been officially announced yet, the film is already making a lot of buzz all around. Earlier it was reported that the shooting of the film would start in September and October, so we can surely speculate that the production phase will soon be starting.

Hope the filmmakers and the team reveal the details regarding this project soon. Are you excited to see these three legends collaborate?