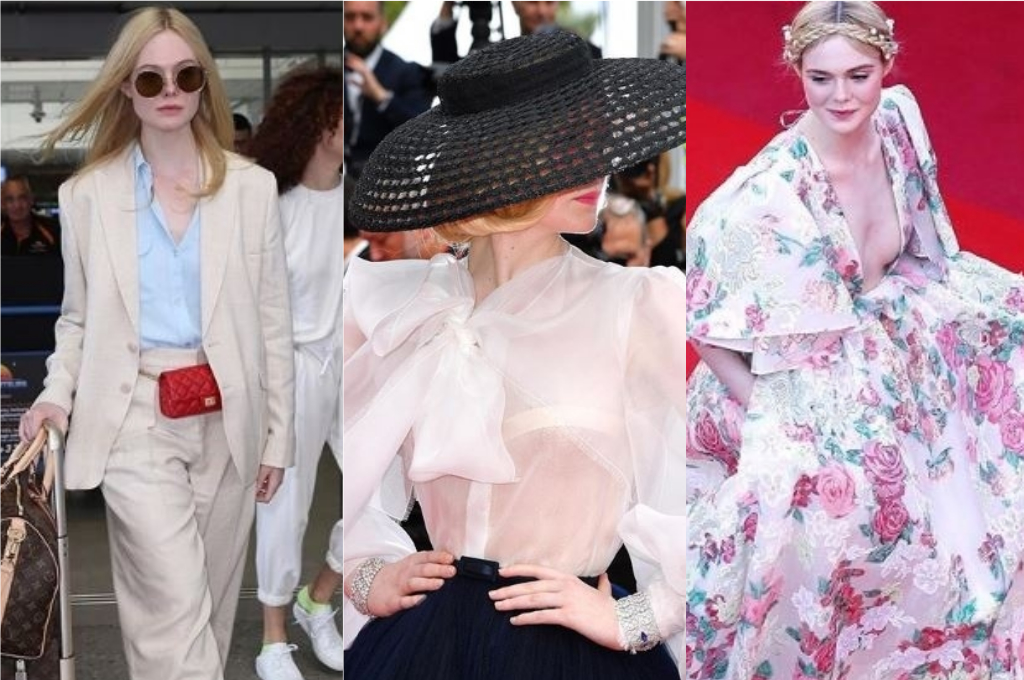 The Beguiling Of Tale How Elle Fanning Won Cannes, One Ensemble At A Time

Every now and then, someone redefines age old norms. These could be elemental, these could be formidable -but they undergo change in a revolutionary way. Especially when it has to do with something that adds a dimension to your intrinsic style. Elle Fanning, the darling girl of Indie cinema and fantasy cinema alike, created a well-deserved stir at the Cannes Film Festival 2019 by being the youngest juror ever but also became a force to be reckoned with when it concerned style. True to her age, Fanning donned pastels and floral patterns, but due to her stature she bought oomph and glam in abundance. Whether it was by evoking old Hollywood glamour or by sporting sunglasses that came out of a Woodstockian dream. Elle Fanning truly shone bright as the fashion world’s newest non-conformist with a penchant to charm and disarm.

READ: All About Elle Fanning: The Youngest Juror In Cannes History 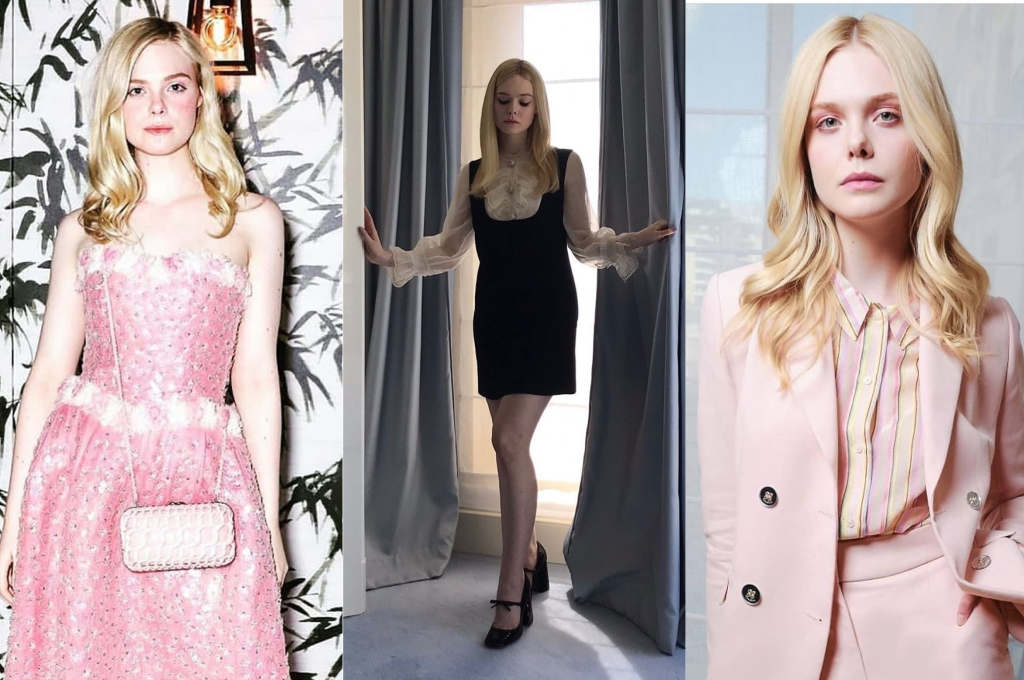 All About Elle Fanning: The Youngest Juror In Cannes History

Fanning channelled two broad themes in her outfits, one included the art of summering in the Riviera, a Fitzgerald heroine, with ruffles and dusty rose colours with OTT sunglasses and minimal make up; her other avatar was also that of a character straight out of the 1920s, in ball- gowns oozing with the liberty of sensation and femininity. Fanning and her stylist Samantha McMillen truly found their calling in the subtle drama they both decided to put out on the red carpet. After all Fanning was not just there for fashion, but in the role of a pioneer. 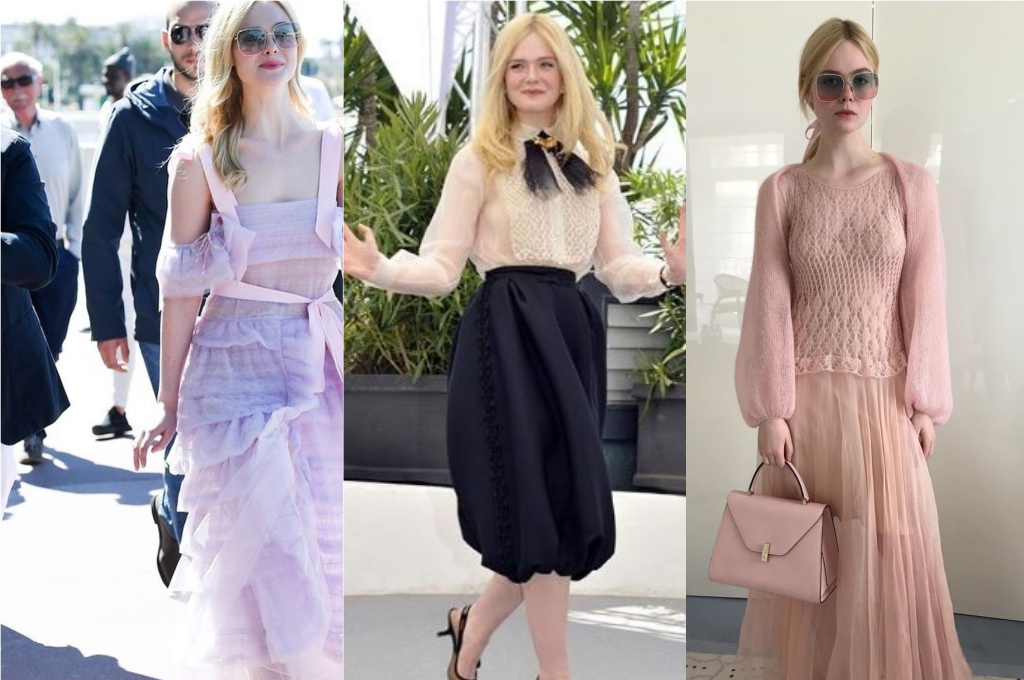 Her outings in the Croisette involved a lot of high-waisted pants, like the love-child of the 90s and the 70s. From floral coordinates to blush pink pant-suits to black high-street garb; Fanning walked the talk. These outfits were young, they were deliberate, they were comfortable setting the tone for something far away from the grace and elegance that went down at the red carpet. 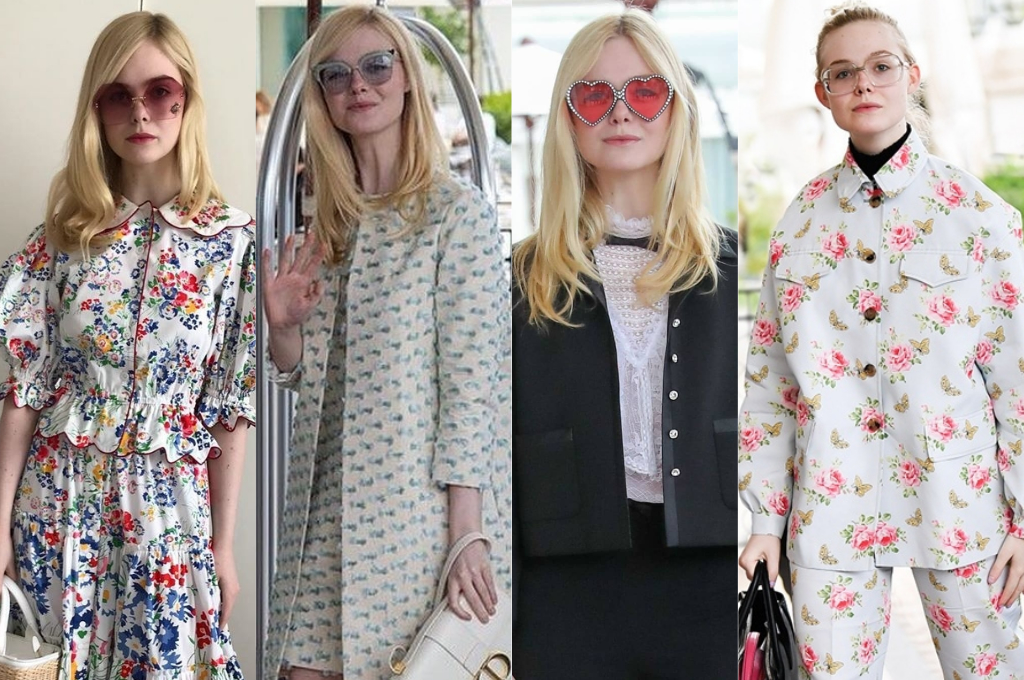 Some effortless glamour in form of blush tones and dresses was seen as Fanning put her most beguiled self onto the forefront. The colours were all soothing, the silhouettes easy, and the effect absolutely perfect for a young successful girl out and about the placid South of France. 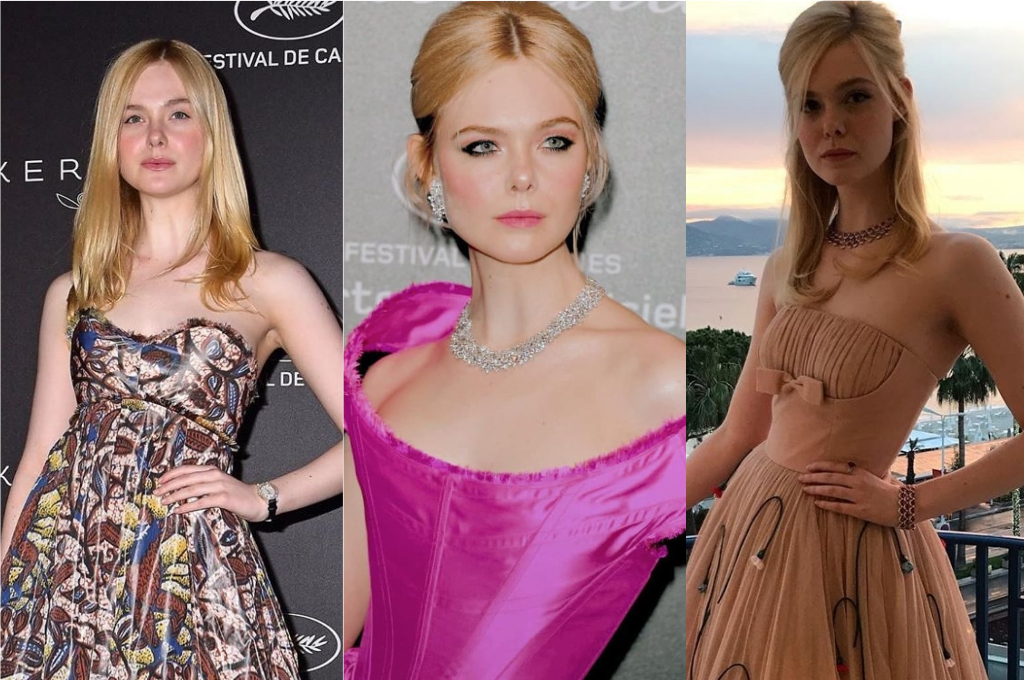 But then came the drama, aside from Fanning’s fainting spell due to too tight a Prada dress. The medium was the message, the tulle, the architecture, the art, the train, the colour palette, the accessories – Elle Fanning shone as she glided from Gucci to Valentino to her very beloved Prada / Miu Miu to Dior. Oh the Dior. Viewers believed earnestly that her floral Valentino gown by Pierpaolo Piccioli was the piece de resistance of her exquisite Cannes wardrobe, but the moment she walked down the carpet in Dior separates by Maria Grazia Chiuri, everyone around the world knew Fanning had won Cannes. This was it. She looked like the perfect alluring noir actress who was mysterious and enchanting. She stopped everyone in their tracks. Fanning looked stunning. 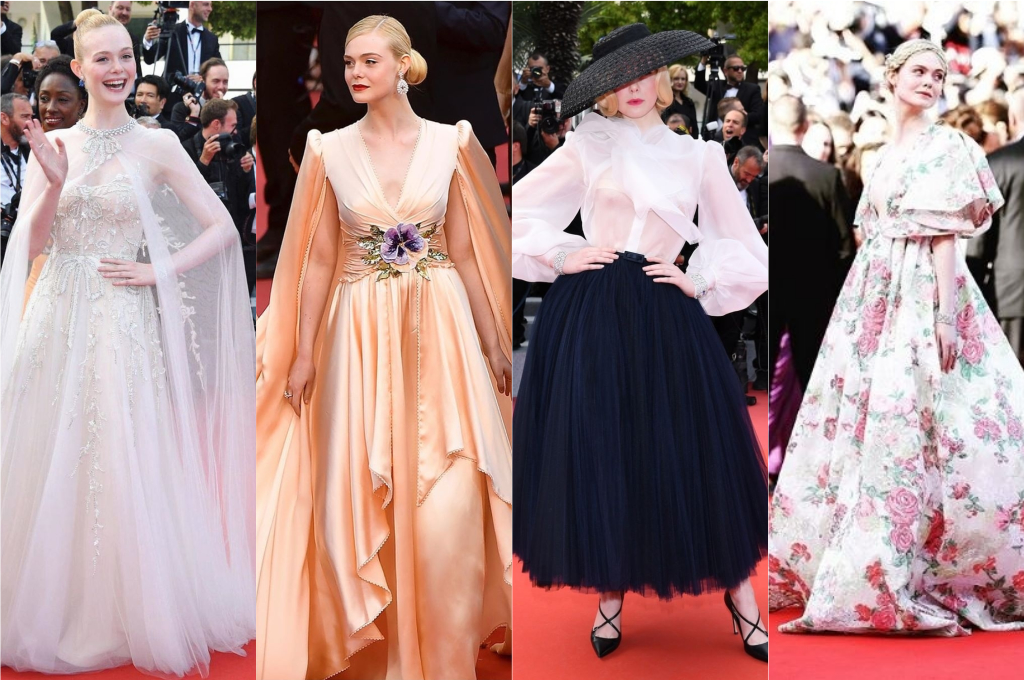 Elle Fanning proved how substance and style can go hand in hand without overpowering extensions and layers of complications. How you could be a purveyor in your field and an ingenuous endorser of personal chic.

Irrfan Khan To Head Back To London, This Time For Something To Look Forward To

1 thought on “The Beguiling Of Tale How Elle Fanning Won Cannes, One Ensemble At A Time”