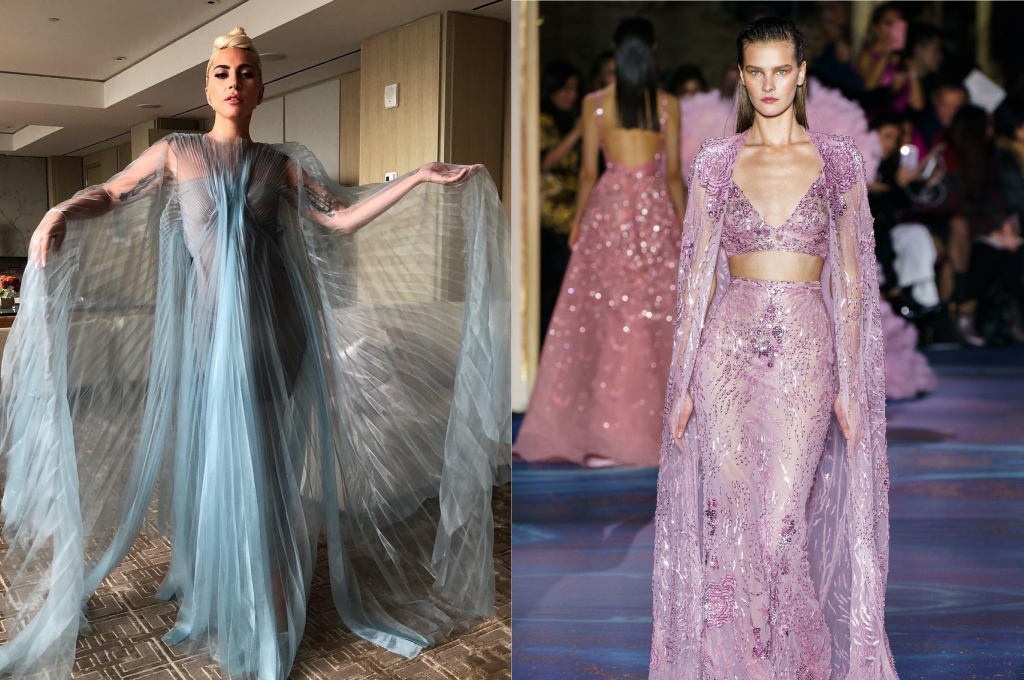 Who Will Wear What: The Oscars and Haute Couture 2019 Edition

The Academy Awards of 2019 are slated to be iconic in more than one way and that includes a bevy of historical nominations. Including the first indigenous woman being nominated for Best Actress. Now that the performances are sorted, the other important element of the starry night is the fashion. Conversational pieces, a lot of these outfits can create moments in sartorial trajectory worth a reckoning. And it just so happens the Haute Couture shows offered us a lot of such ensembles. We played a little matchmaker and predicted the style best suited to the lady, and from what we can tell – the night is already looking gawk-worthy!

Best actress in a leading role

The Roma actress mixes taking risk and sticking to conventional silhouettes by giving us some looks that are one for the ages. Just like her nomination made history, the gown we paired her with came from an equally historical couture show by fashion house Valentino, helmed by Pierpaolo Piccioli. The show that was rooted deeply in diversity is perfectly matched with someone who is going make her mark undoubtedly in cinematic history! 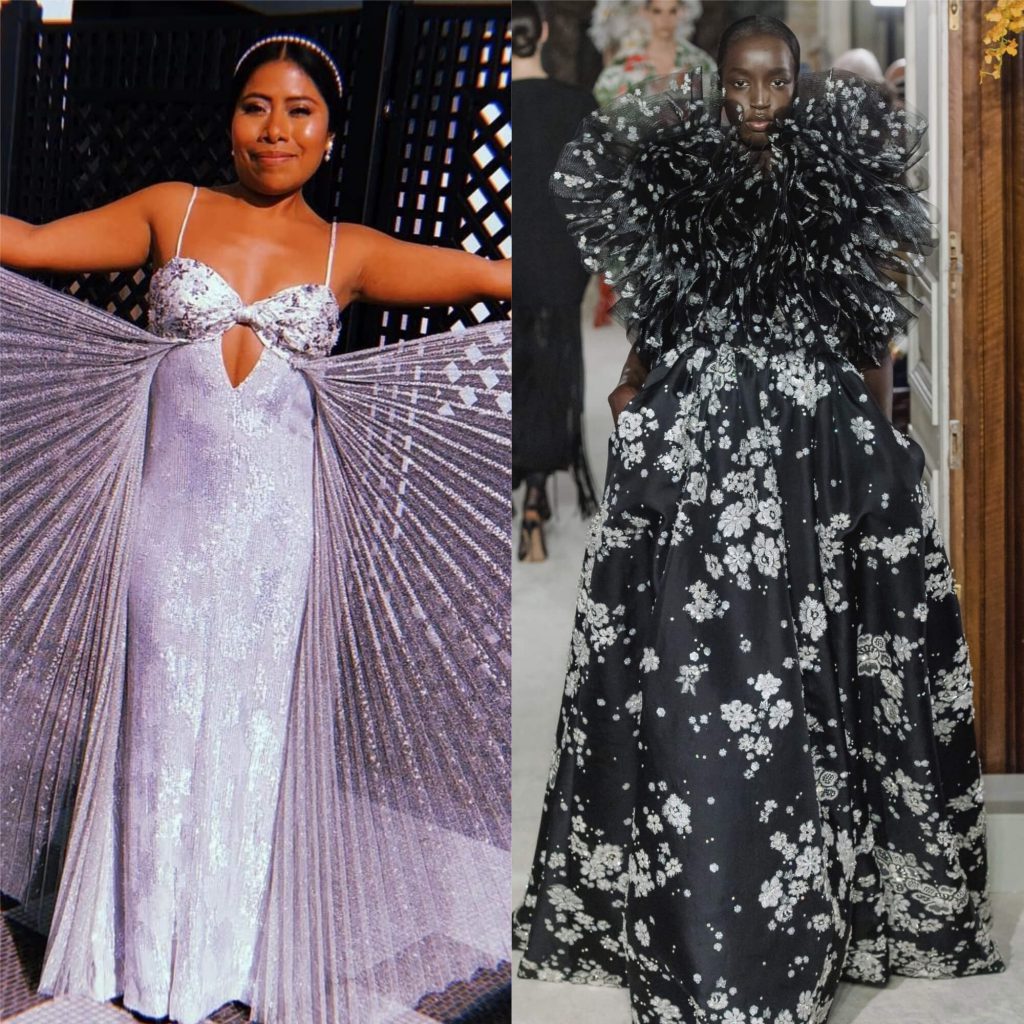 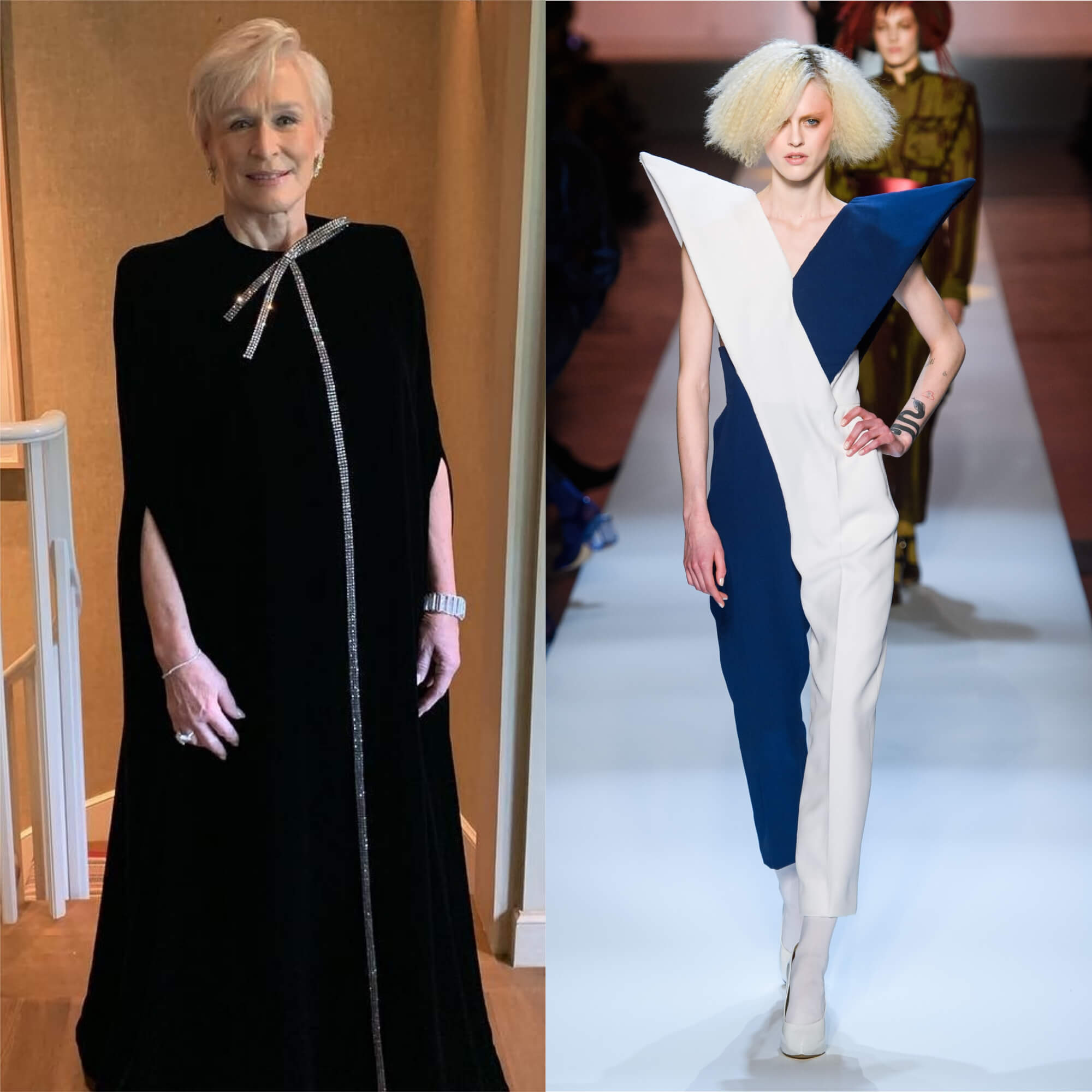 When we saw this architectural ensemble at Gaultier we knew it was perfect for someone like Close. Structured, minimal, and a little modern in its entire concept. This duo-chrome outfit is as subtle in its power as the leading lady who we expect to sashay down the red carpet in it. 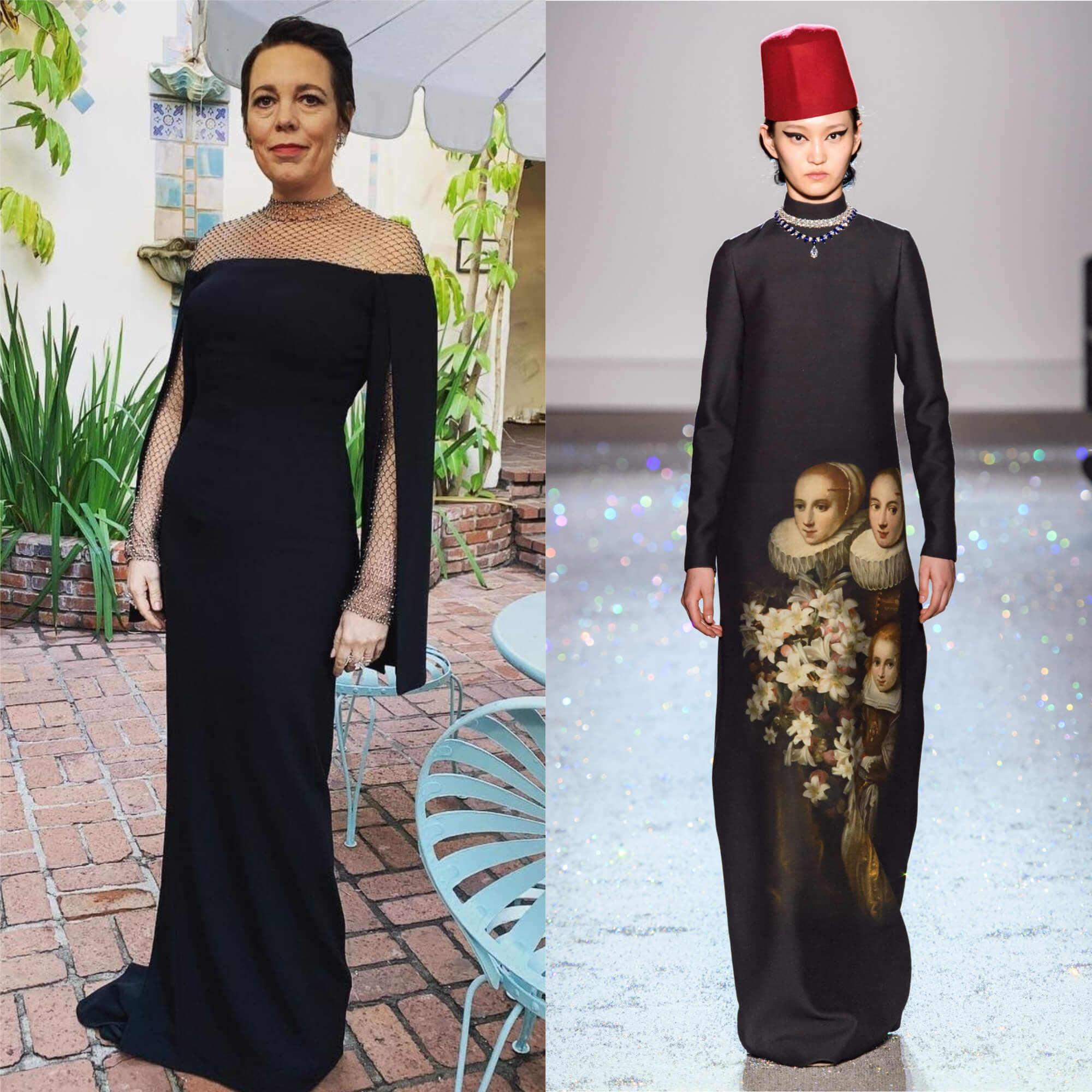 We understand the implications of The Favourite and the painting on the dress, together. And we unsurprisingly urge Colman to wear this A-lined black gown which is elegant and eclectic without being too on the nose.

Lady Gaga in Viktor and Rolf 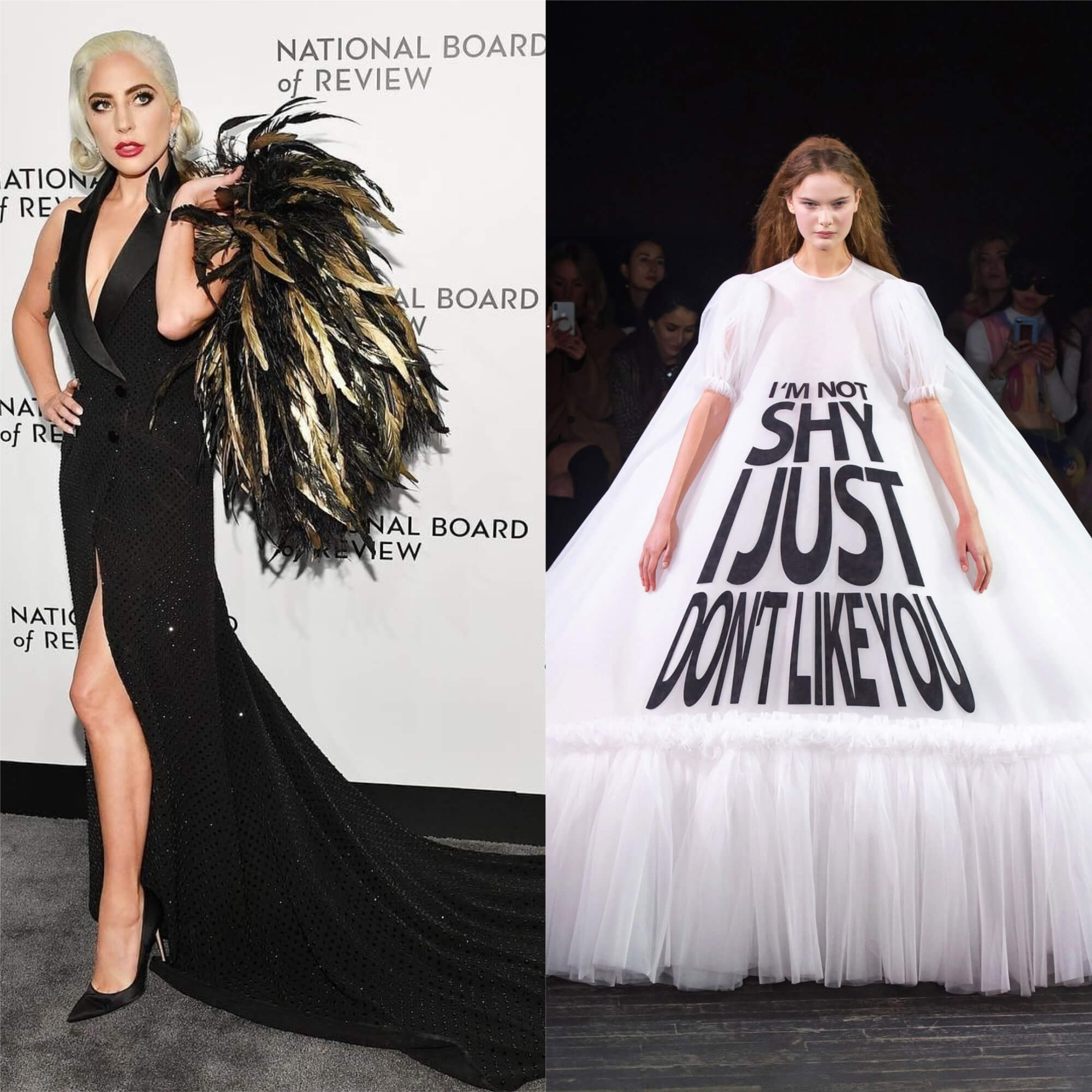 This runs the risk of being an obvious choice, but we don’t see any problem in it. The structure of the dress full with bellows and tulle juxtaposed with the art-deco text embossed is an absolute ringer for someone as spunky as Gaga. 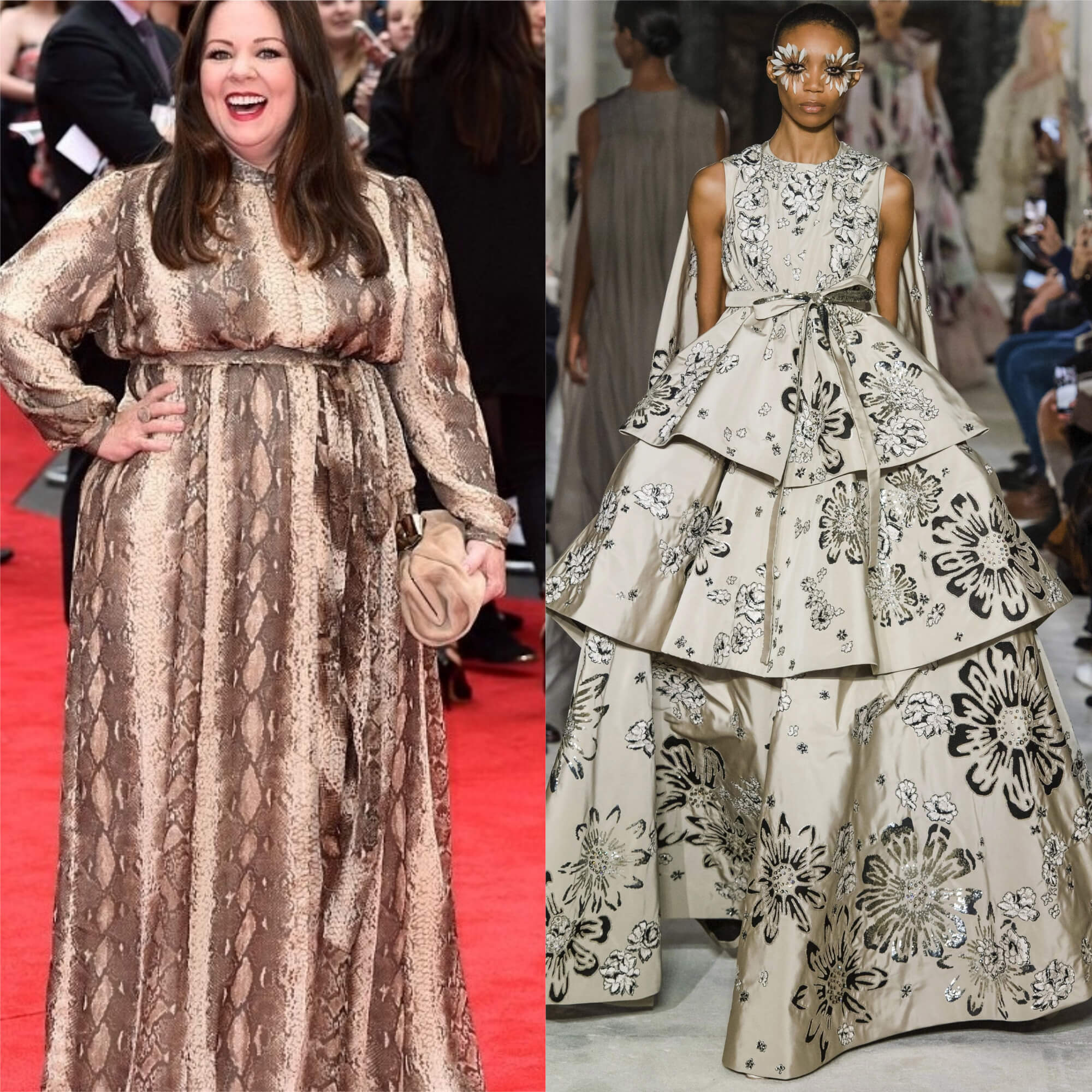 McCarthy is a national treasure. She is a performer who is as confidently packing funny punches as she is in riveting performances; her nomination being testament to that. Even though McCarthy is a fan of traditionally feminine silhouettes we think this tiered gown with floral embroidery will suit her a million times, and then some more!

Best actress in a supporting role 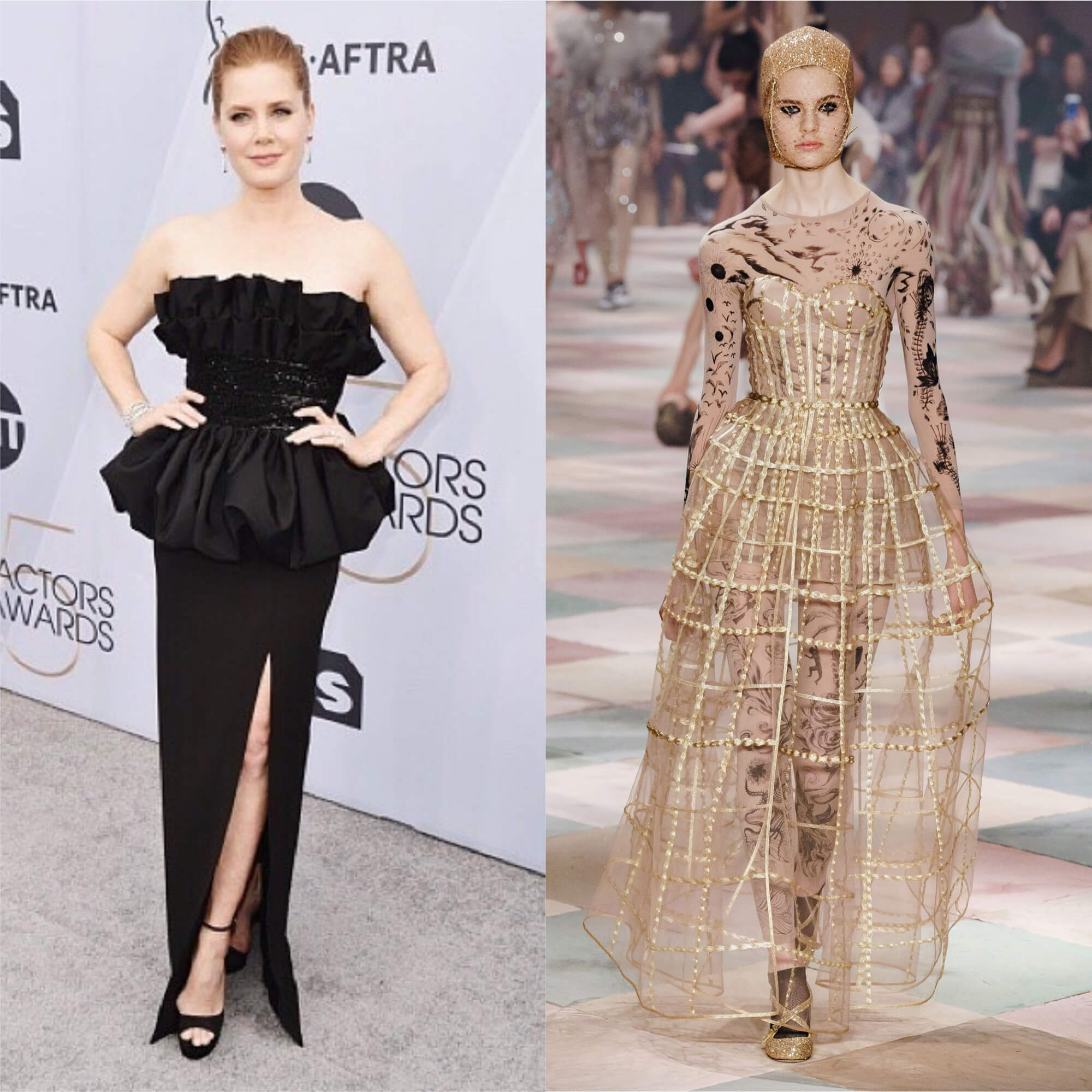 Amy Adams is a fan of safe colour options and black fits are her favourite, however her aura and her beauty beg for some eccentricity every now and then – and nothing will say that better than this deconstructed Dior gown in a colour and sheath so innovative and gorgeous! 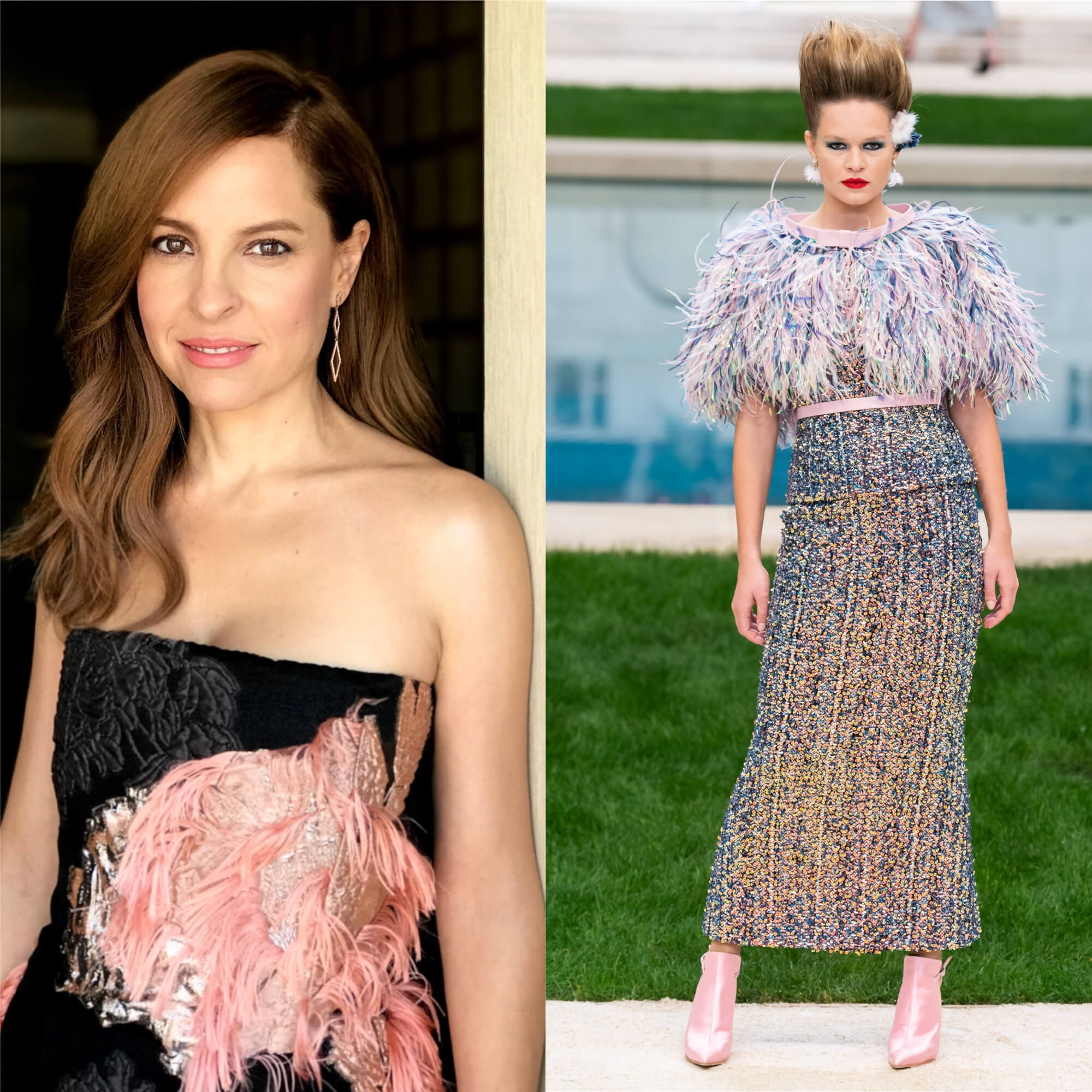 Feminine, frothy, avant-garde, pastel and delicious! Tavira in this Chanel couture will possibly be the refreshing palette cleanser at the Oscars! 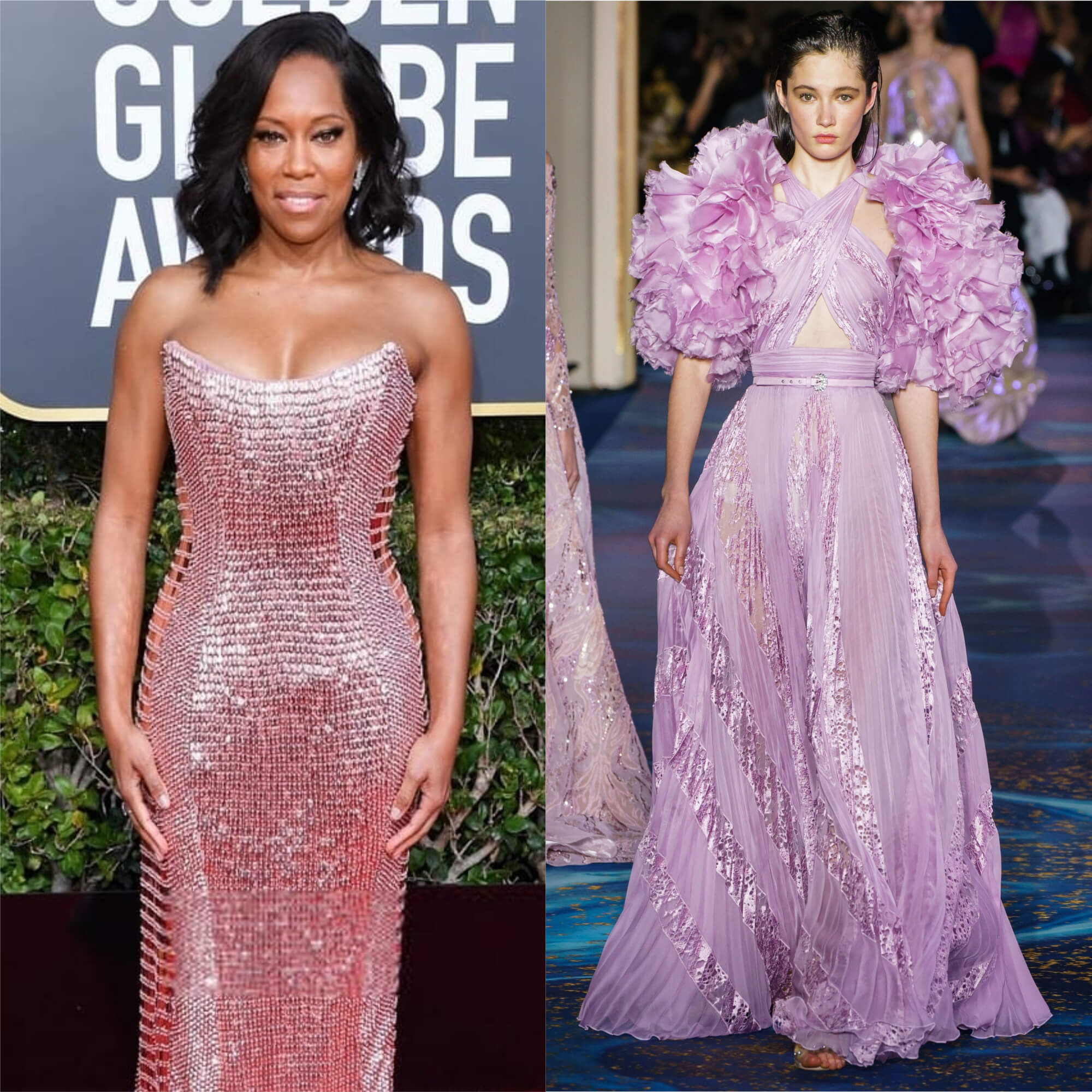 Murad’s sublime and ornate designs are perfect for someone as fierce as King. The colour is stunning, the silhouette so dreamy, and with furry accouterments the dress is as ingenious as one can be!

Emma Stone in Viktor and Rolf 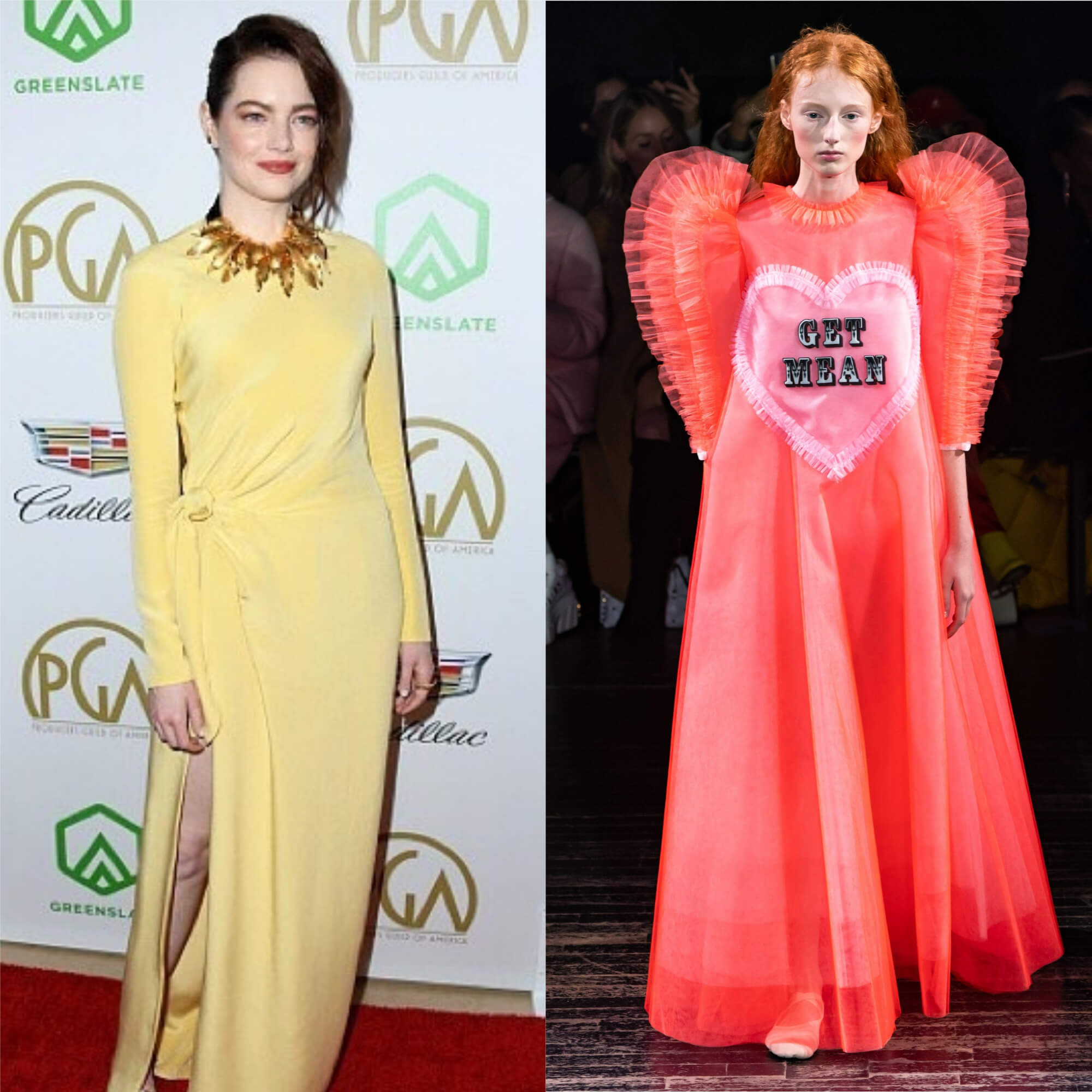 In their second entry on this list, this Viktor and Rolf gown is young, rebellious, and feminine – exactly like Stone! The sweetheart shoulder-pads are edgy and the colour + fabric adequately subdued. We are a big fans of this look! 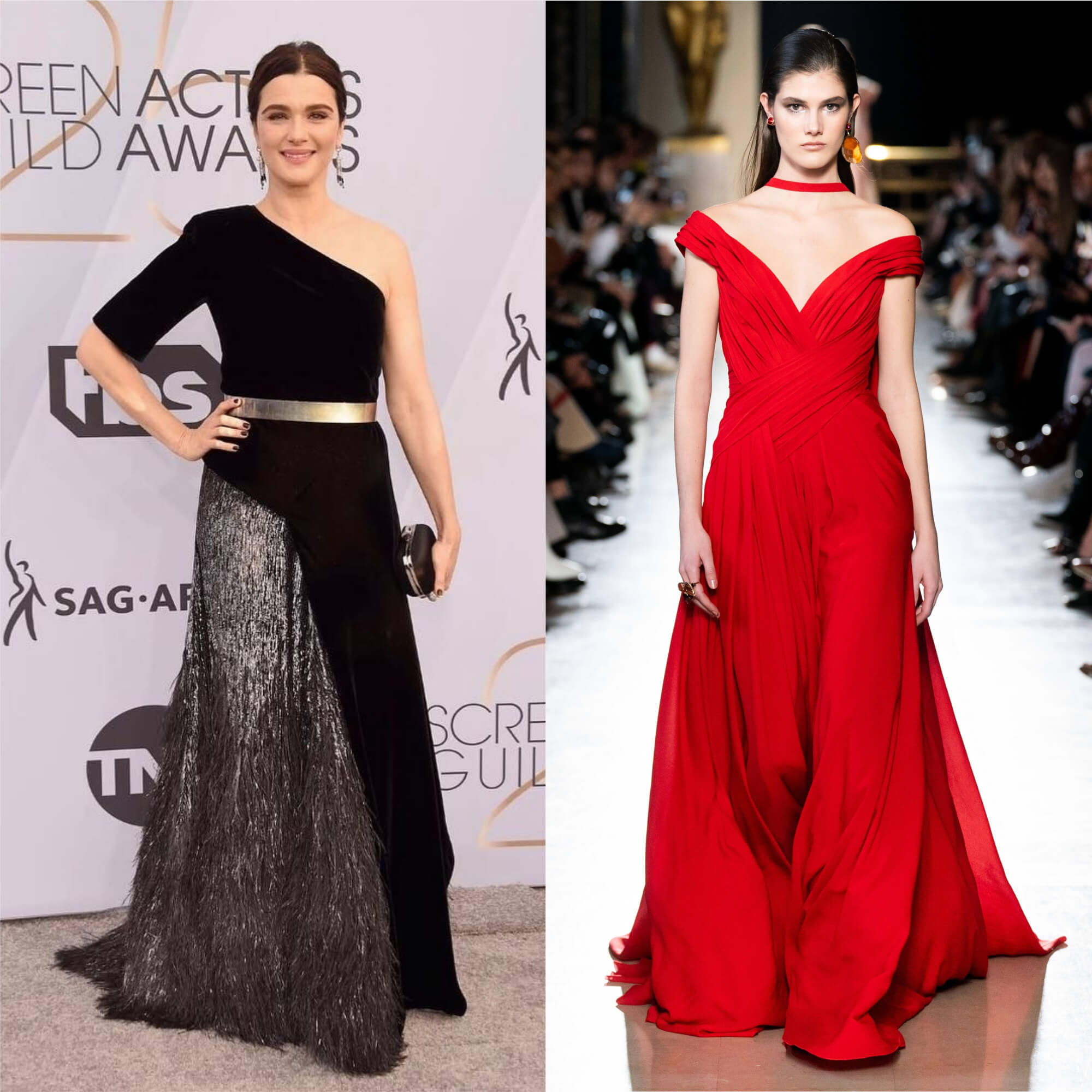 Weisz always sticks to feminine silhouettes and colours – and so Saab is obviously a great pick for her! Suitably royal cuts, traditionally bold colours, and a fall that is humbly suited to a Queen, this sartorial match is one for the ages!