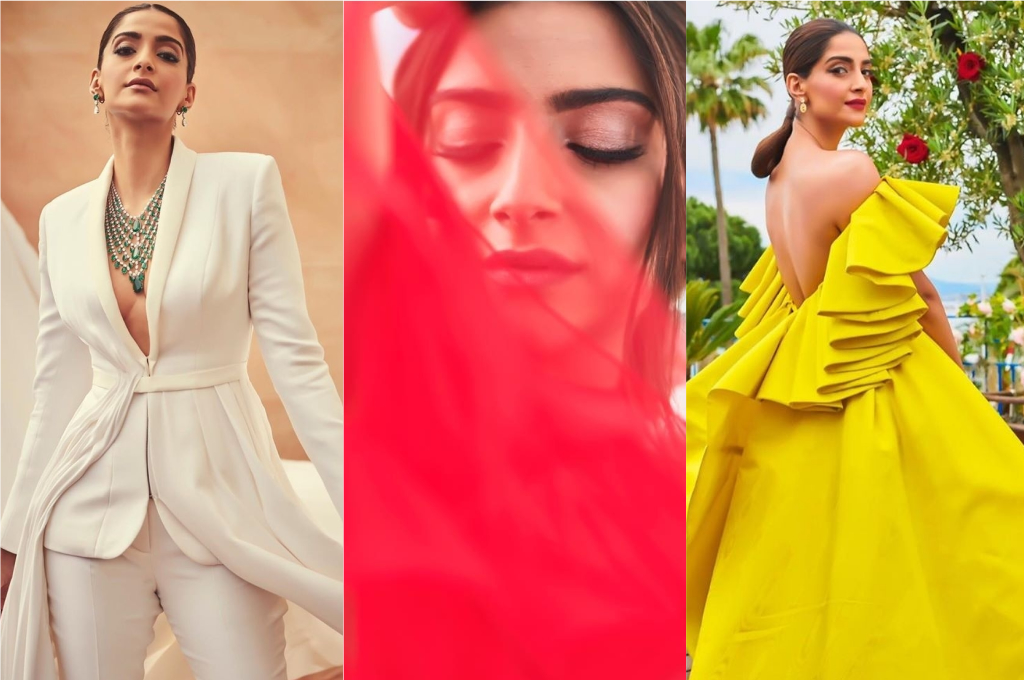 “It’s not about the dress you wear, but it’s about the life you lead in the dress.”  Diana Vreeland 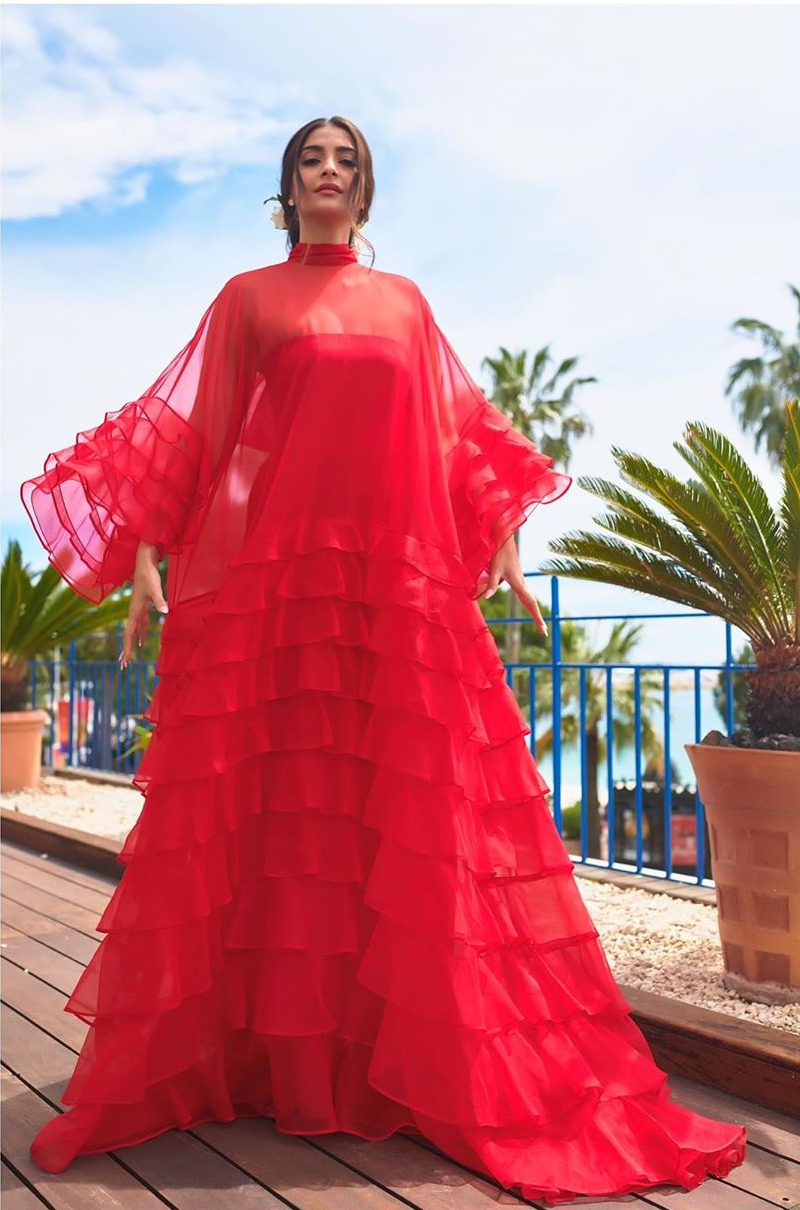 Sonam Kapoor embodies elegance in a unique way. She never restricts herself, puts out her most unassuming self ahead, and every little component that contributes to her being that she is reflected thoroughly through her fashion choices. Kapoor truly proves that the ones who follow fashion and the ones who study it are different. Those who study it believe in the power of minimalism; now don’t take us in the wrong way. We completely adhere to the fact that Kapoor dons the most bellowing skirt and the most gregarious trail, but the clothes itself speak in a subtle sense. Whether it is a tiered Valentino gown by Pierpaolo Piccioli that was blood red and oozed glamour that only Kapoor knows how to win with. There were no shimmering delights, or any bedazzles, or any over the top semblance of layers and elements. 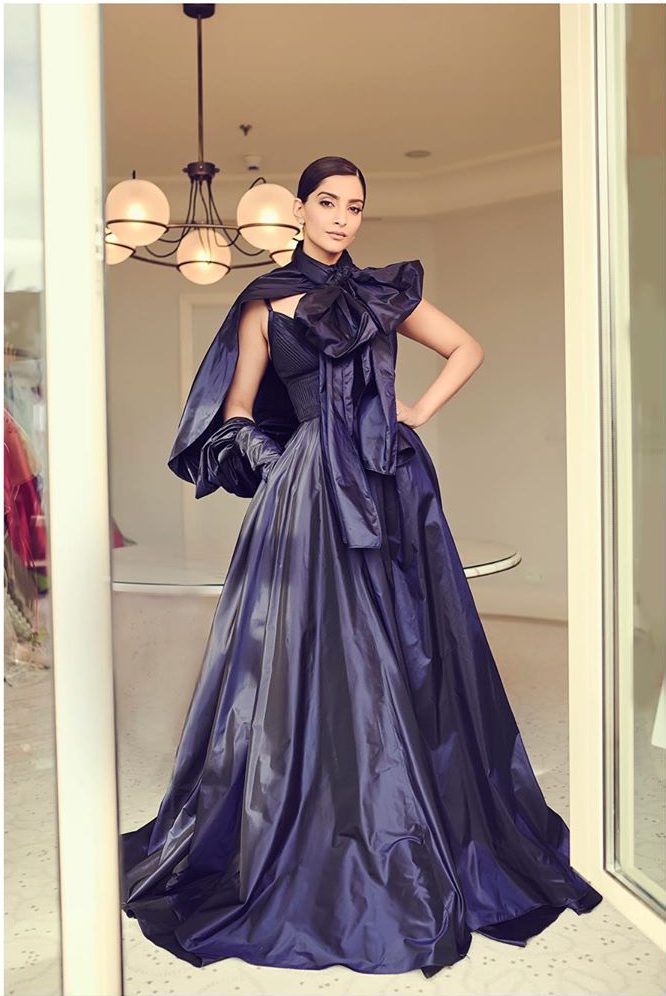 Then came the heady cocktail of a seasonal blueberry and purple that merged the gap between red carpet fancy and everyday comfort. A gown with pockets, is a gown you forever hold onto. The slip dress silhouette with a bow cape that looked like schoolgirl chic without over the top perfunctory of some frivolous garb. But it was the ensemble she changed into from the Elie Saab that sparked off a debate on how sometimes your personal style needn’t pander to the masses but exude a sense of self sensibility. The gold chikankari gown from Abu Jani Sandeep Khosla with a choker and a hair accessory that was an homage to the best kind of fusion. Her gown looked like a cariacture of the modern Indian woman, like herself. Immersed in ambition but stoically aware about her roots. The gown gave her wings, figuratively and literally, and she looked ethereal. 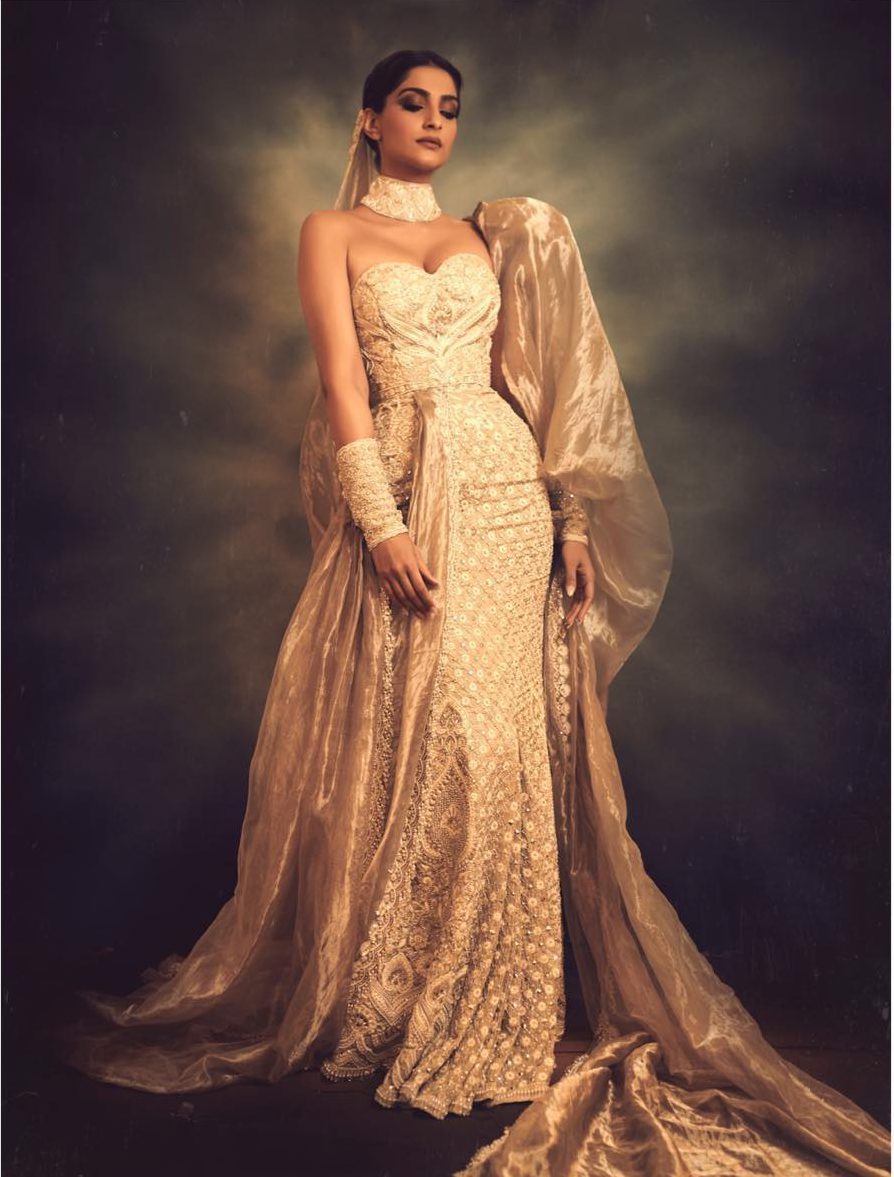 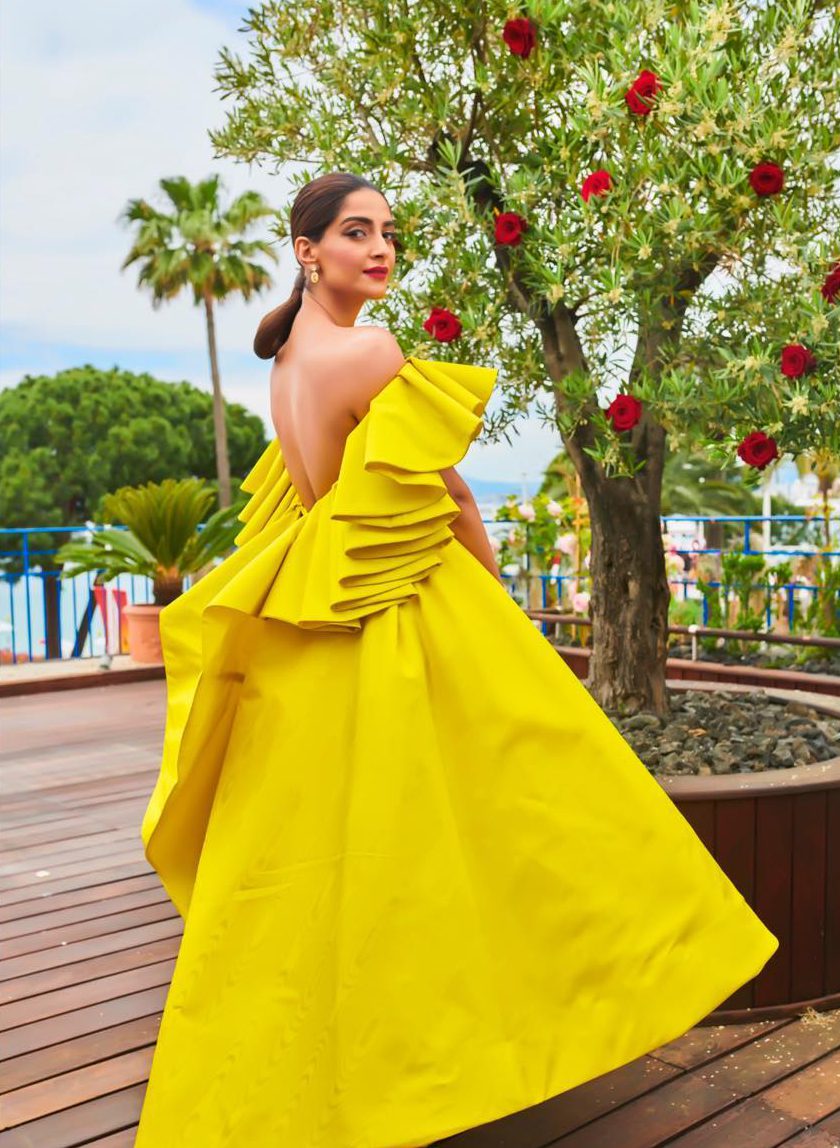 But it was the criss-cross of colours with muted tones that seemed to have drive a pattern to Kapoor’s outfits during her recent Cannes stint. The yellow Ashi Studio tea-length dress was no different. With a back that could stop anyone in it’s track with ruffles abundant was such a delight to the eyes of those of us who were easily bored by the cookie-cutter versions of the same gown, this was such a rocker. But what awaited us was nothing short of a trailblazers in terms of red-carpet fashion. 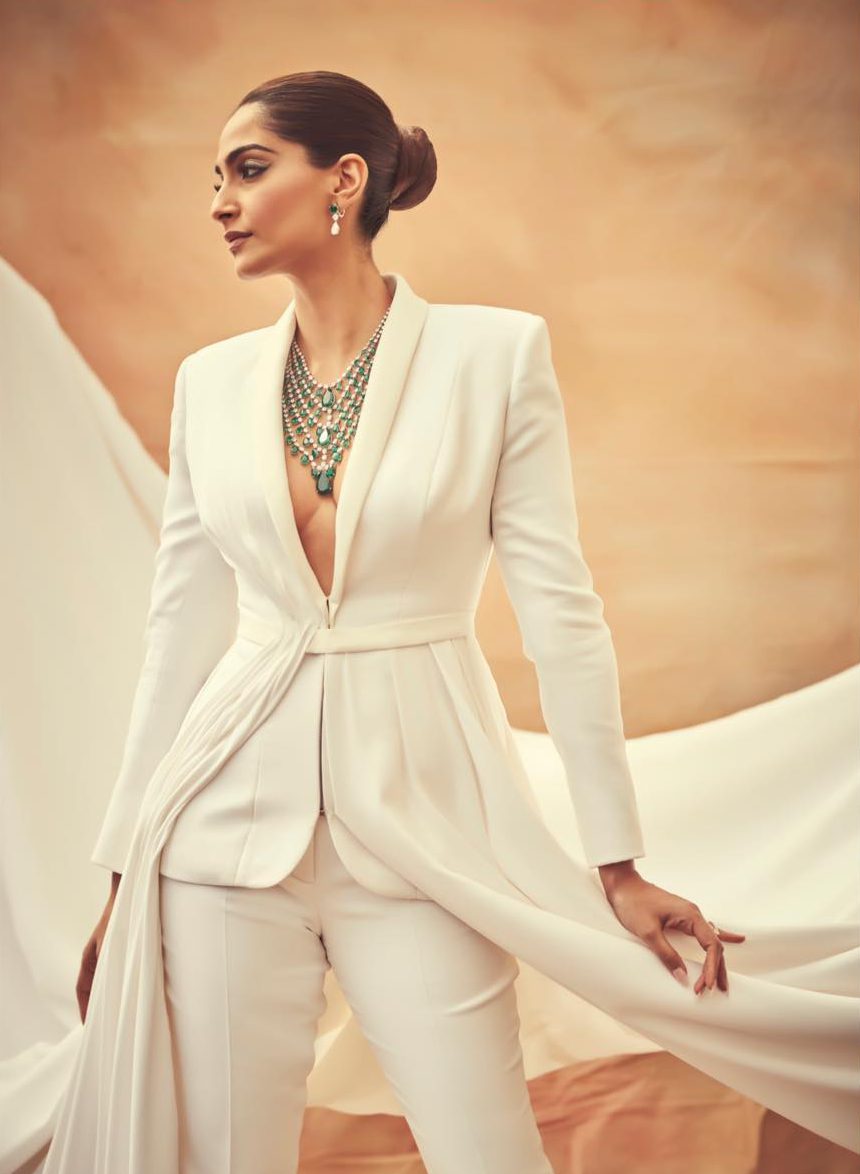 Kapoor favours Ralph and Russo, walking the runway for them too, and it is rather obvious that they favour her too, we mean come on – the tuxedo gown proves that this is a collaboration that sparks off only joy. A white, minimal to the hilt, risque, and businesslike red-carpet ensemble that paired with the greenest of jewels was a sight for sore eyes. Kapoor looked like she knew the red-carpet waited for her with bated breath, that she would pull out the most avant garde fashions and people would gaze upon with dropped jaws. The outfit was eclectic, stylish, memorable, and most importantly subtle. Which again, reminds us of Kapoor’s entire being. Disruptive but without overarching paraphernelia.