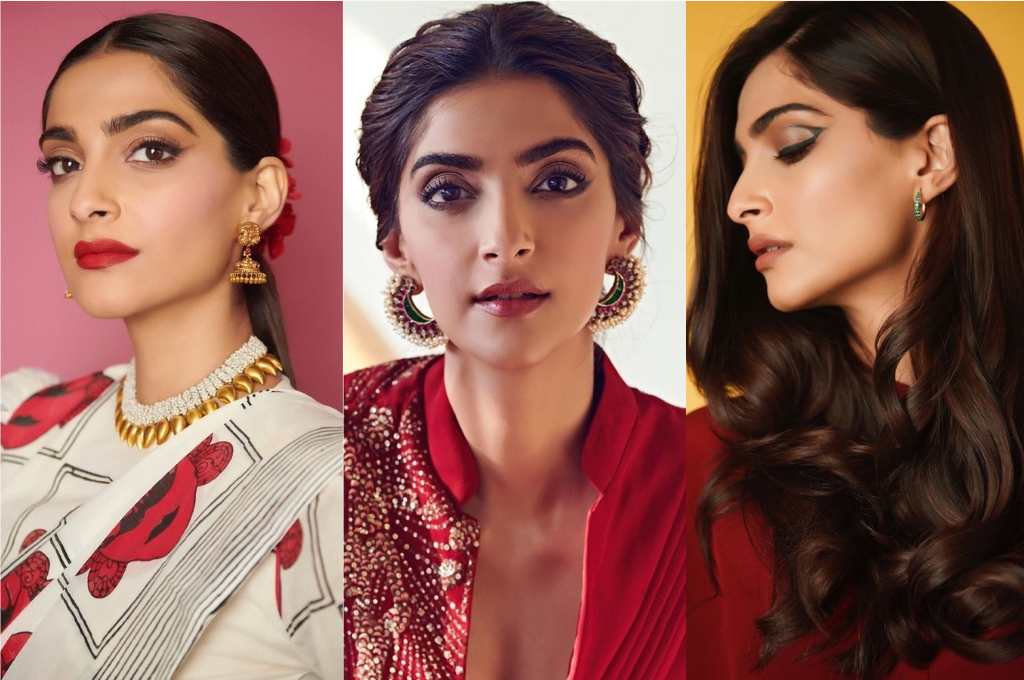 Sonam Kapoor has always had fun with fashion. She is in a true sense someone who believes in sartorial independence and creativity. She is avant garde, she is art deco, she is belle of the ball, she can wow us in a sweetheart gown and equally stun us in a power suit. Sonam Kapoor, self-admitted to donning red throughout the promotion cycle of The Zoya Factor for the auspiciousness the colour represents. Some might think the limitation of the colour could be too much, but Sonam Kapoor just knocked it out of the park and how. 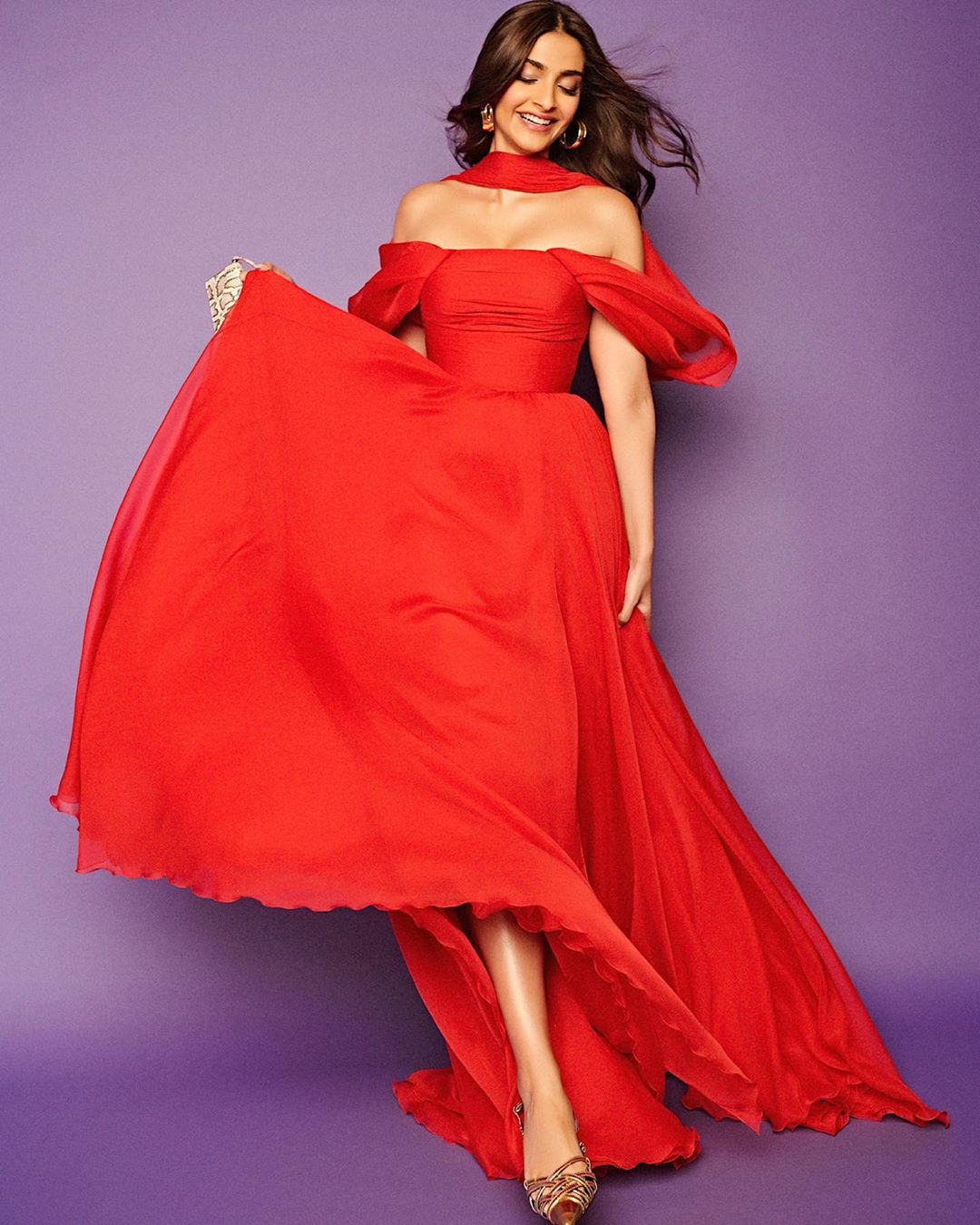 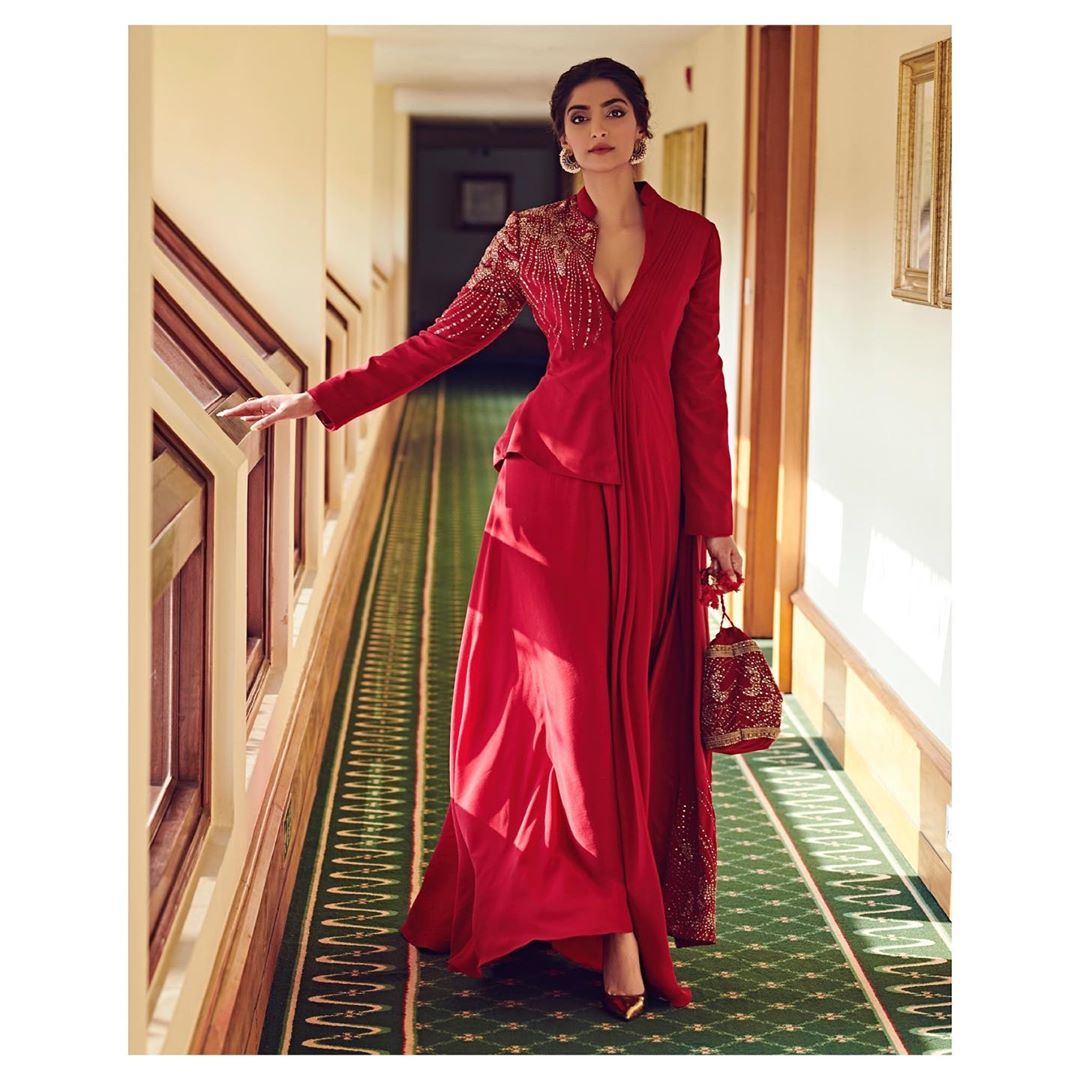 A perfect wear for the upcoming festive season, the outfit and the juttis with the chandbaalis make this outfit such a fun spin to something traditional 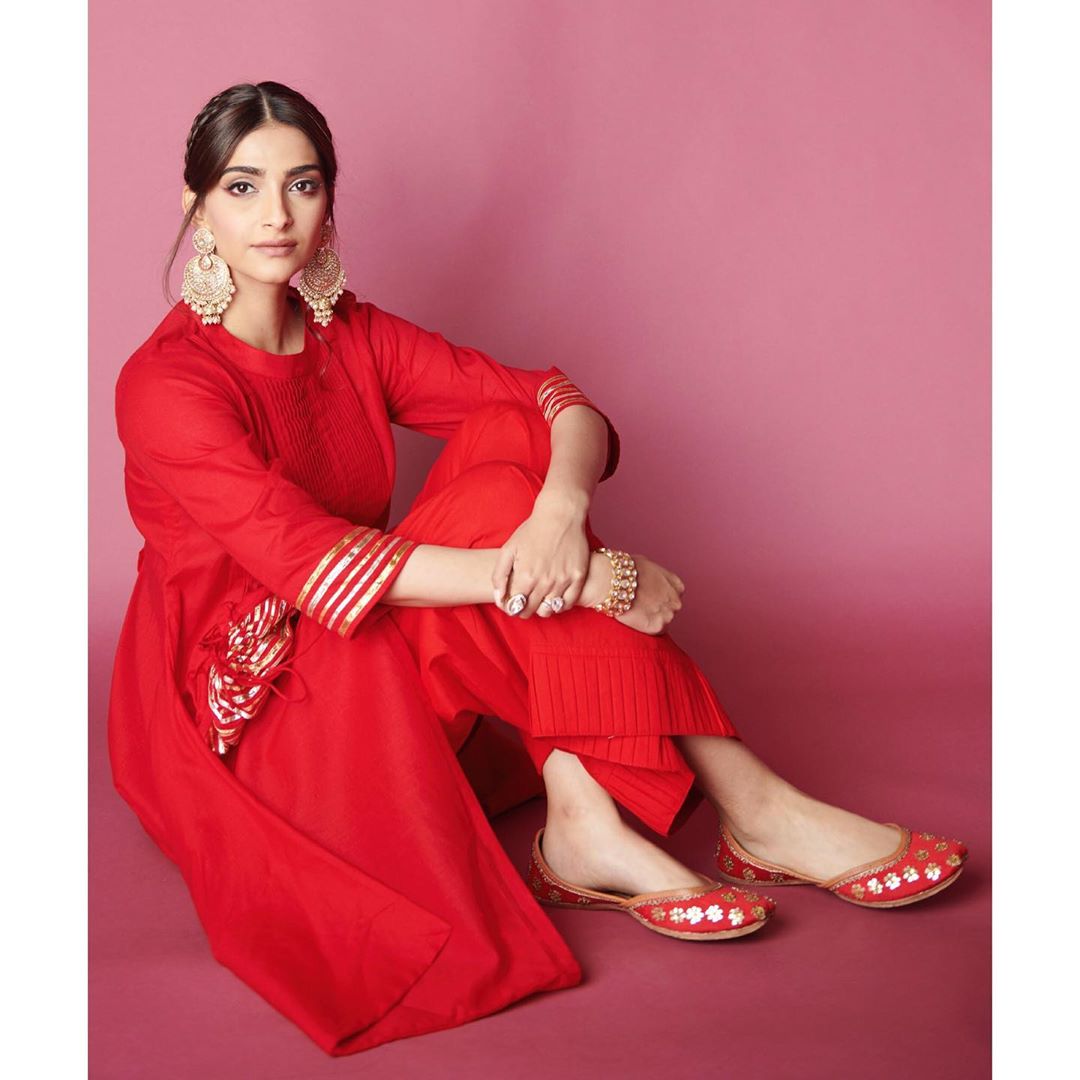 Beige and red is such an interesting combination, especially when done in a subtle and architectural way! 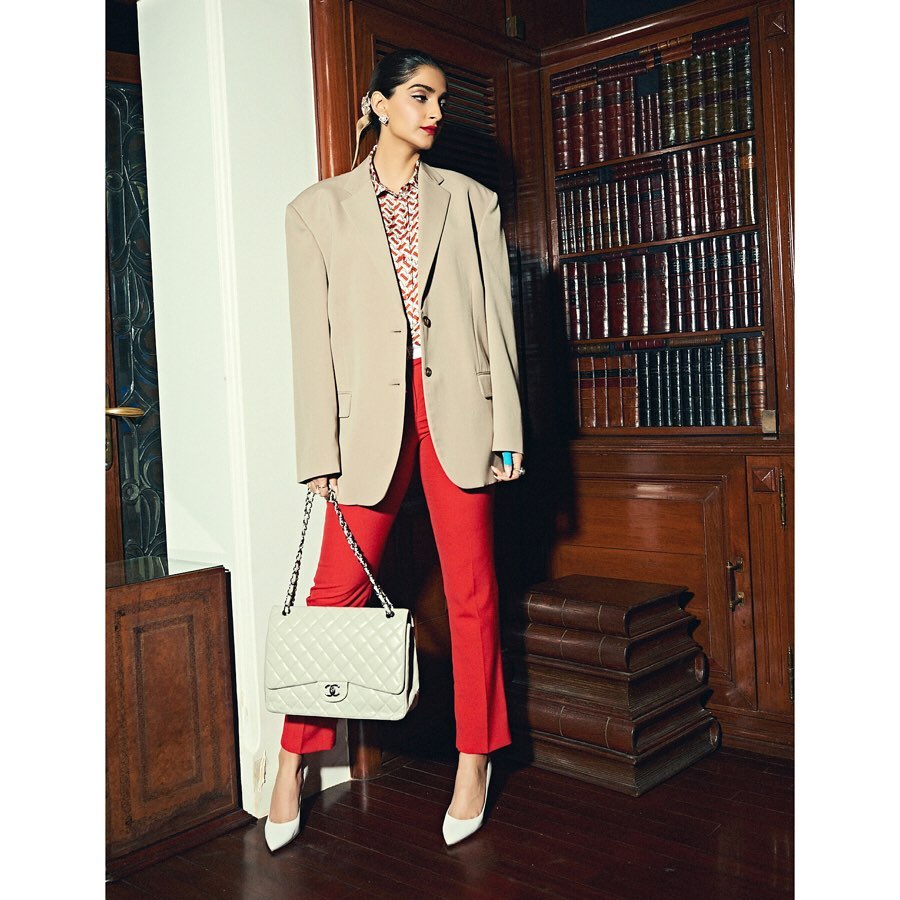 This is translucent magic! The elegant saree is a headturner especially with a matching blouse! 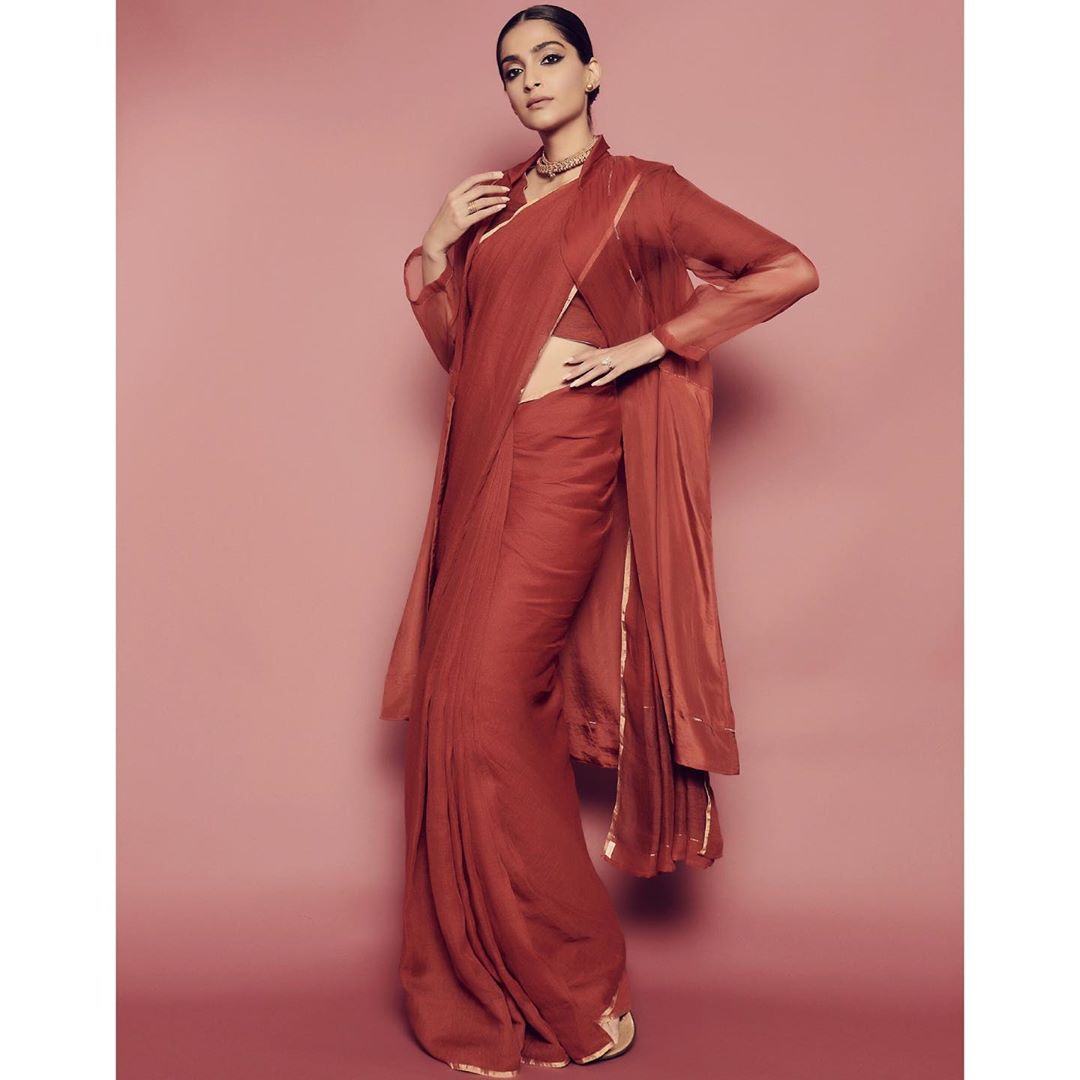 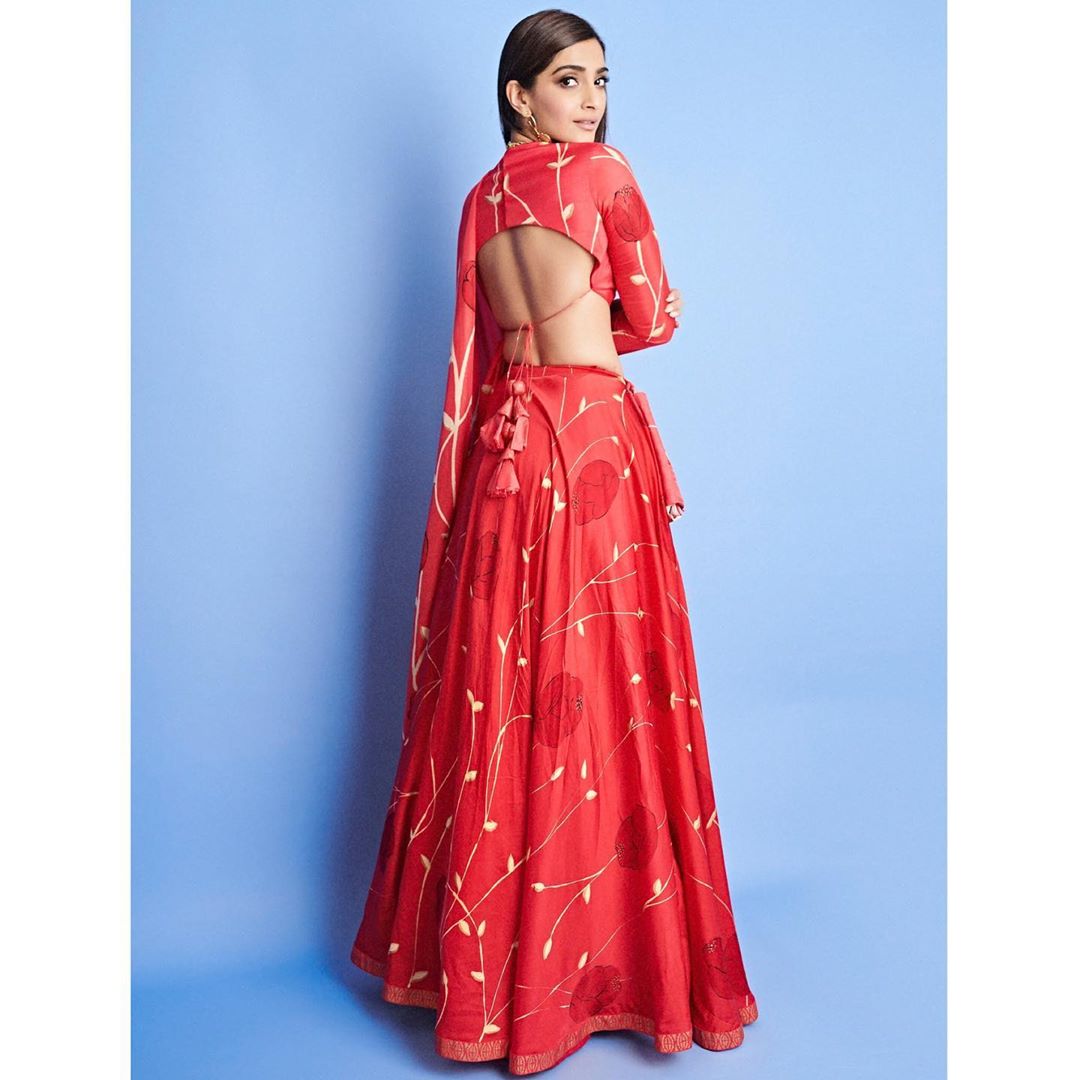 Granted that Sonam Kapoor's tresses stole the show in this one, but the mod skirt with the feminine top is endlessly work woman chic! 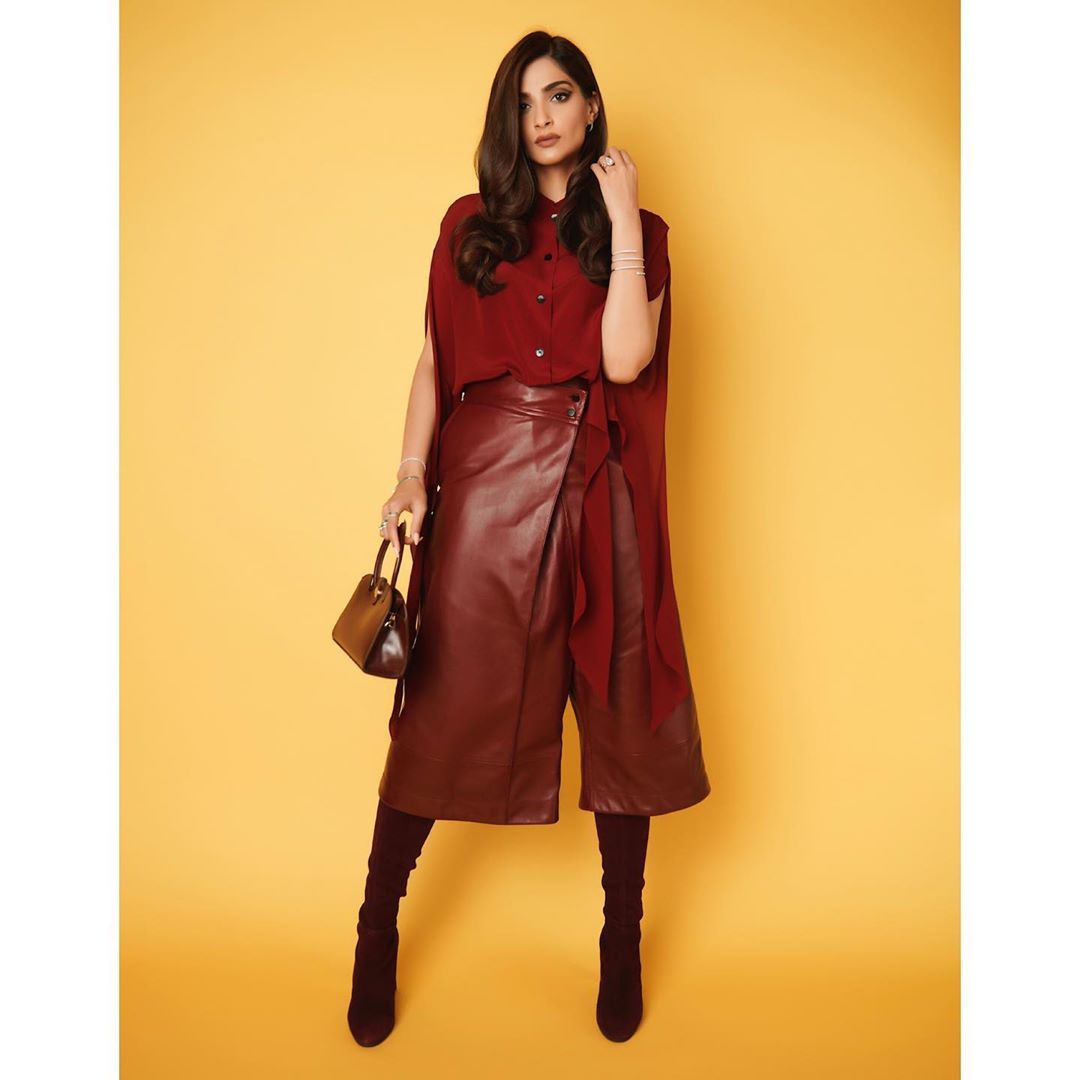 The saree is understated but stunning. The motifs, the accessories, everything gives the entire look a vintage touch and we are so here for that 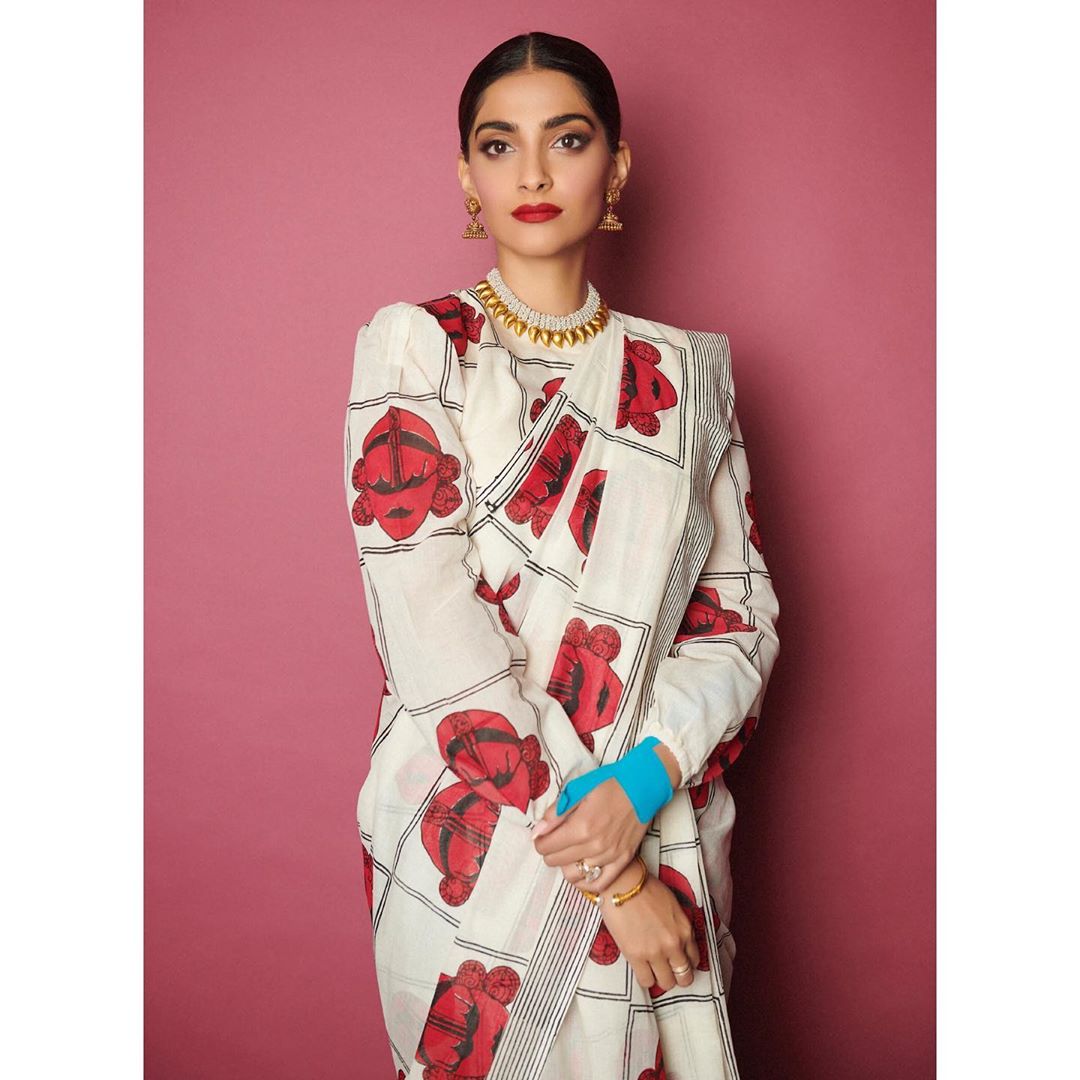 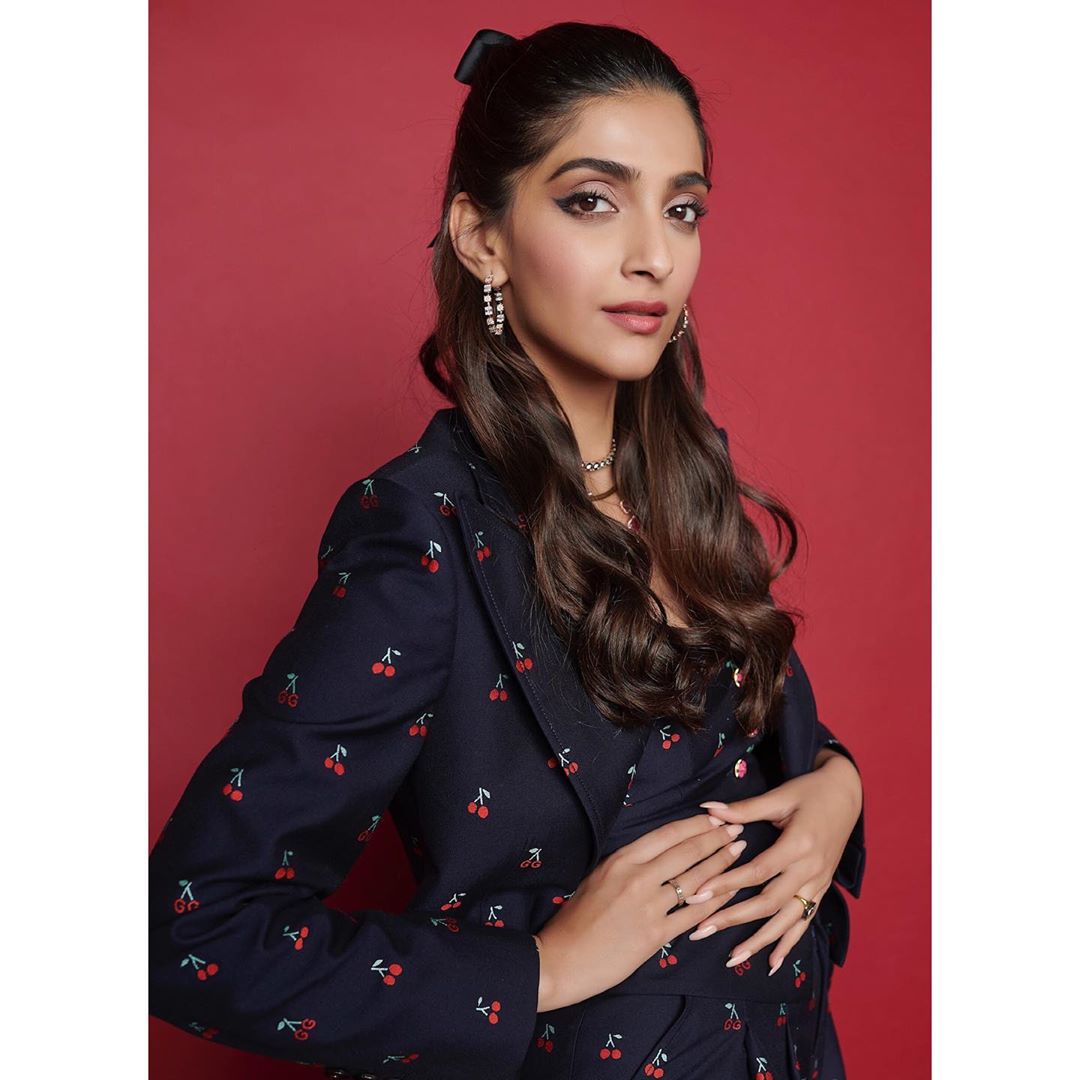 The blouse is both demure and sexy, plus the perfect drape on the saree makes this a very hot look! 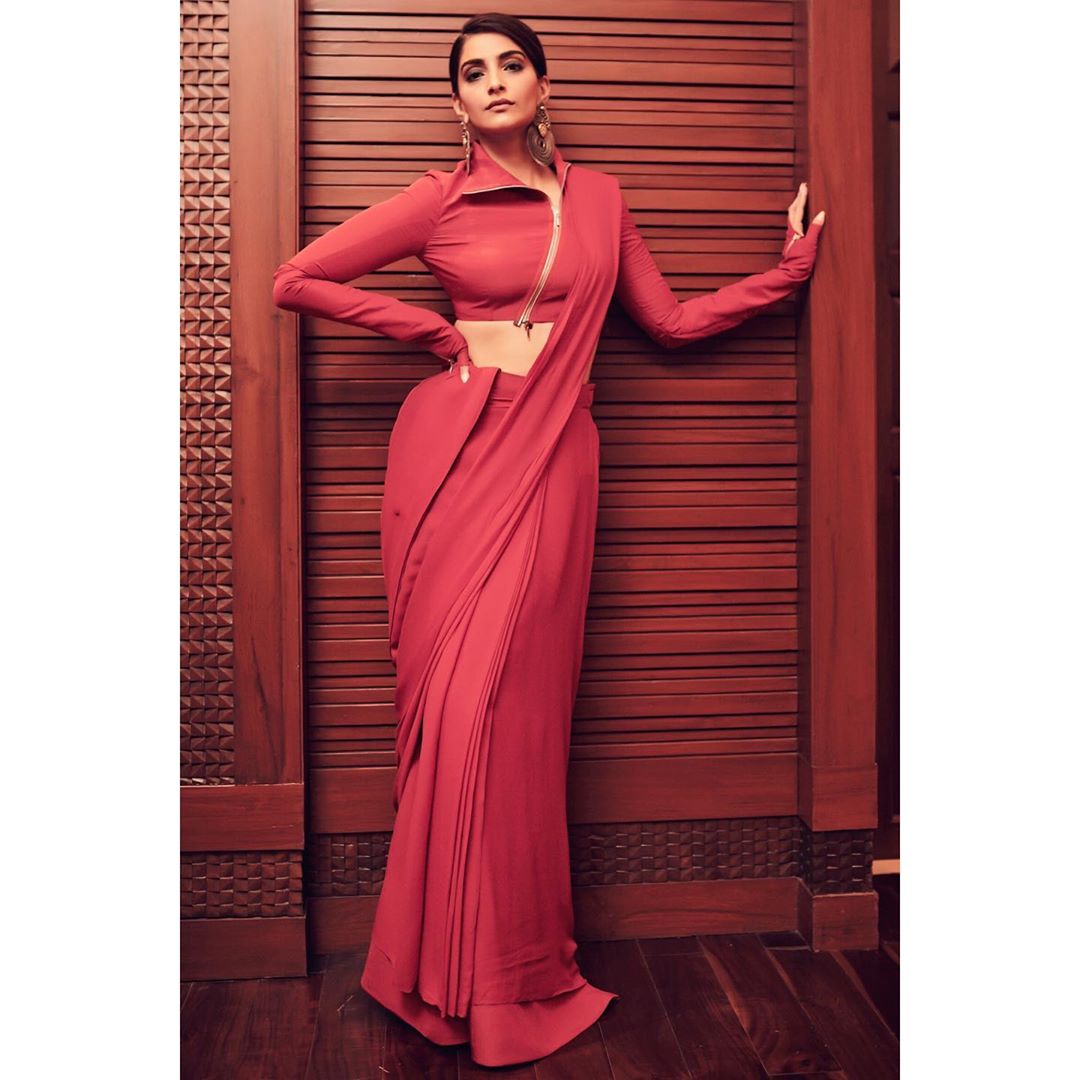 This look is an homage to the Indian textile with its handloom esque texture and prints. It is fun, it is frolicky and it is feminine! 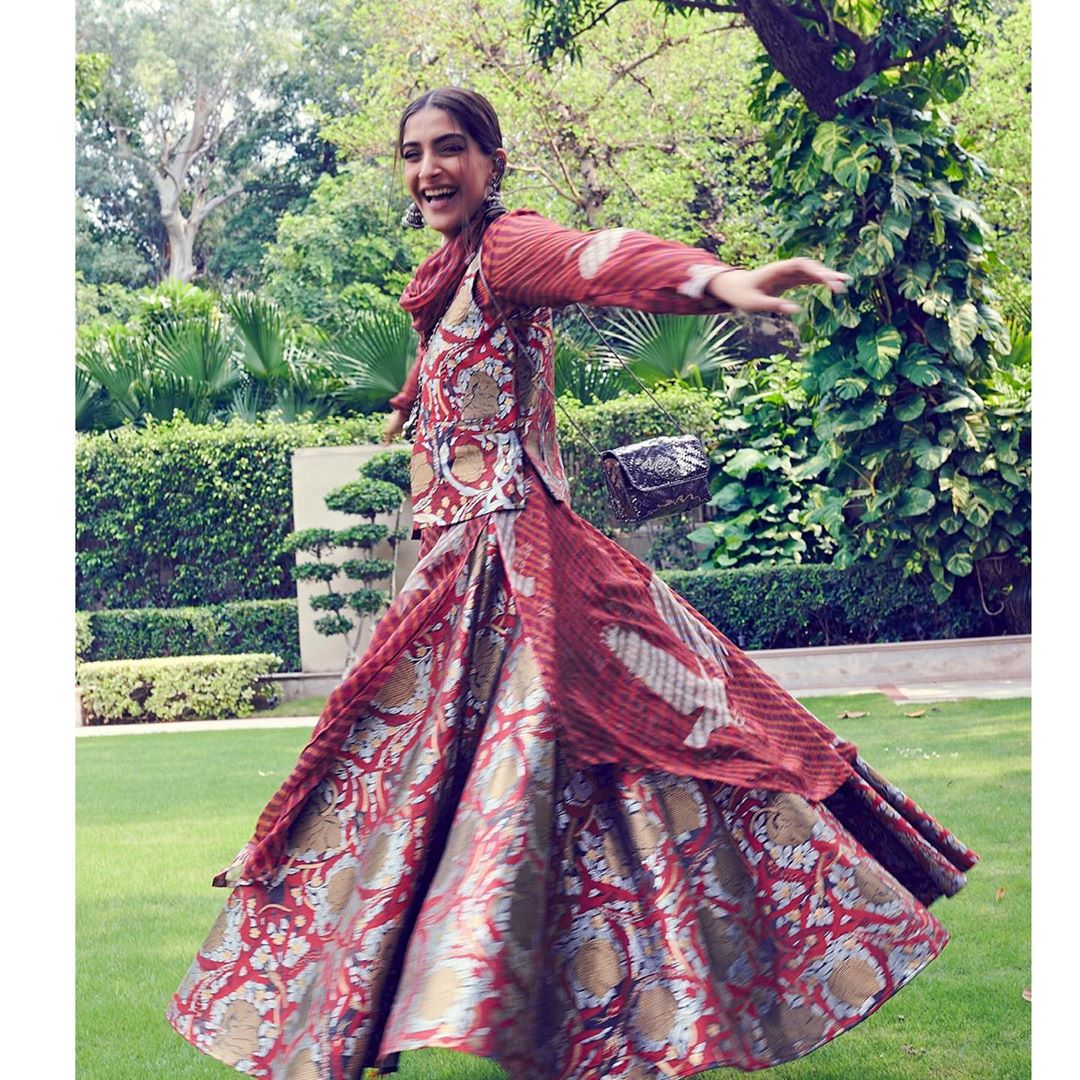 This entire outfit is nothing less of an acquired taste, but when you look at the practicality of it meshed together with the softness its quite genius 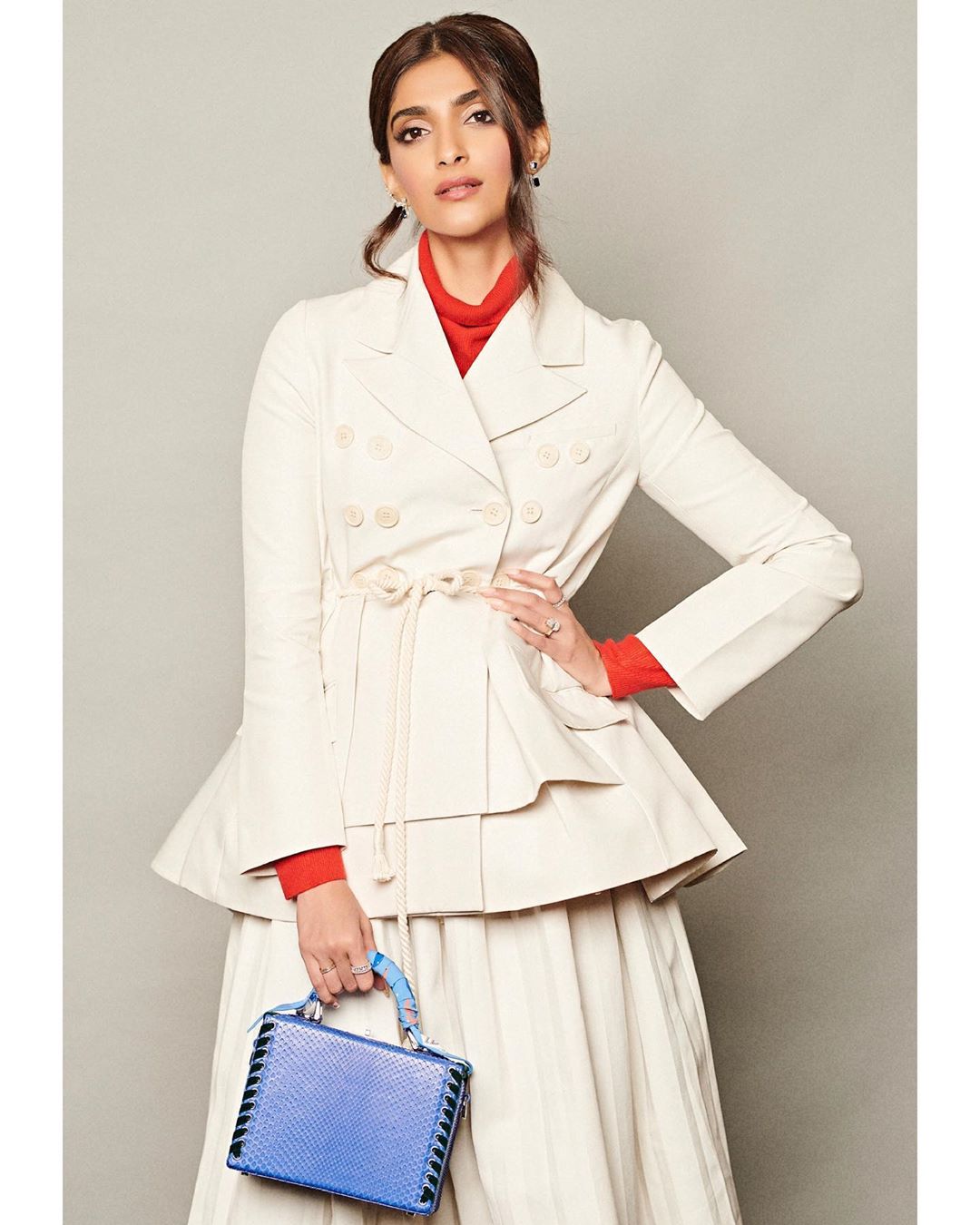 The drama in the outfit is plenty. it is festive and it is beautiful, plus the flowy silhouette adds so much character! 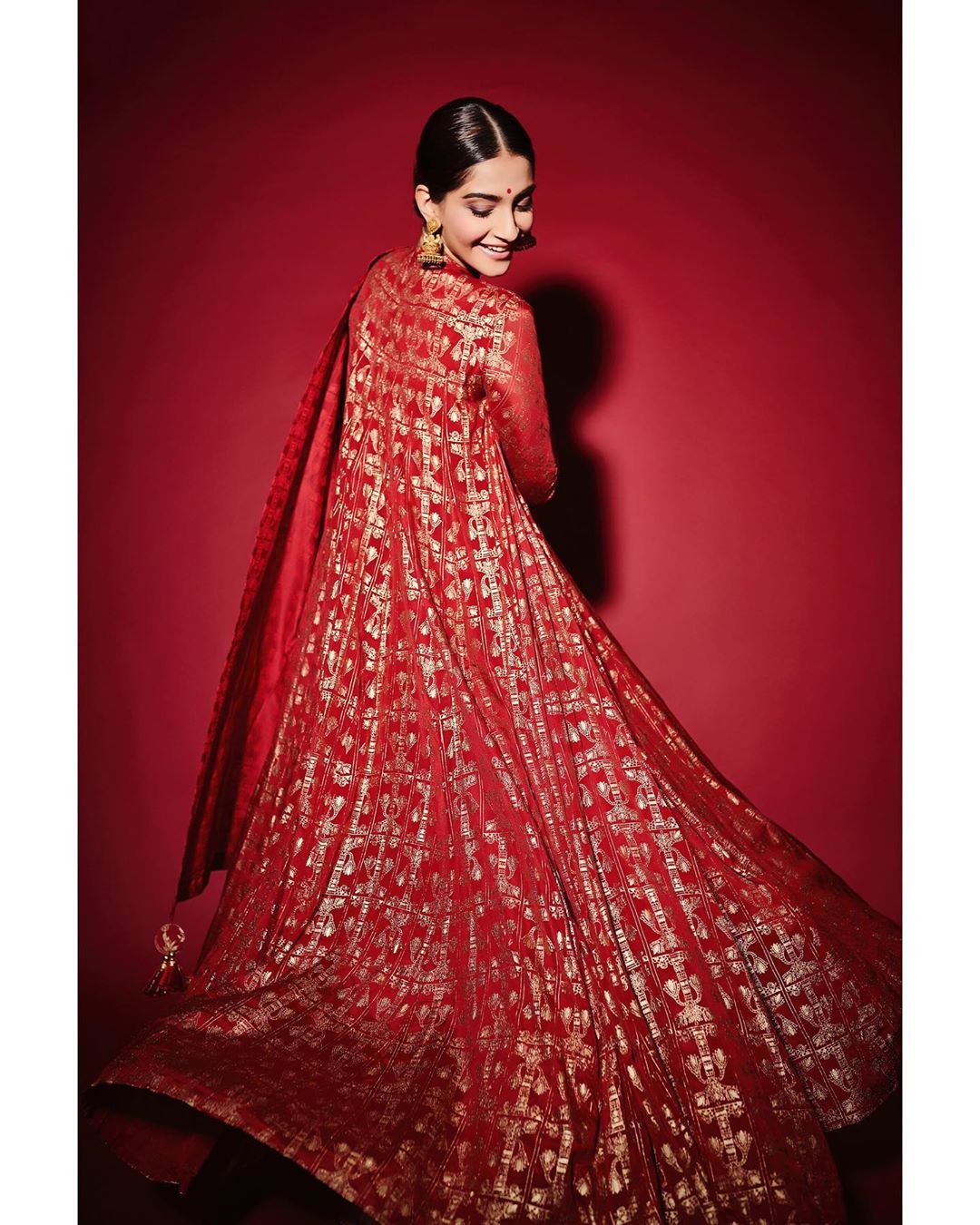 The ensemble spells out power and mystery, the suit and the coat all come together for an outfit that is seductive! 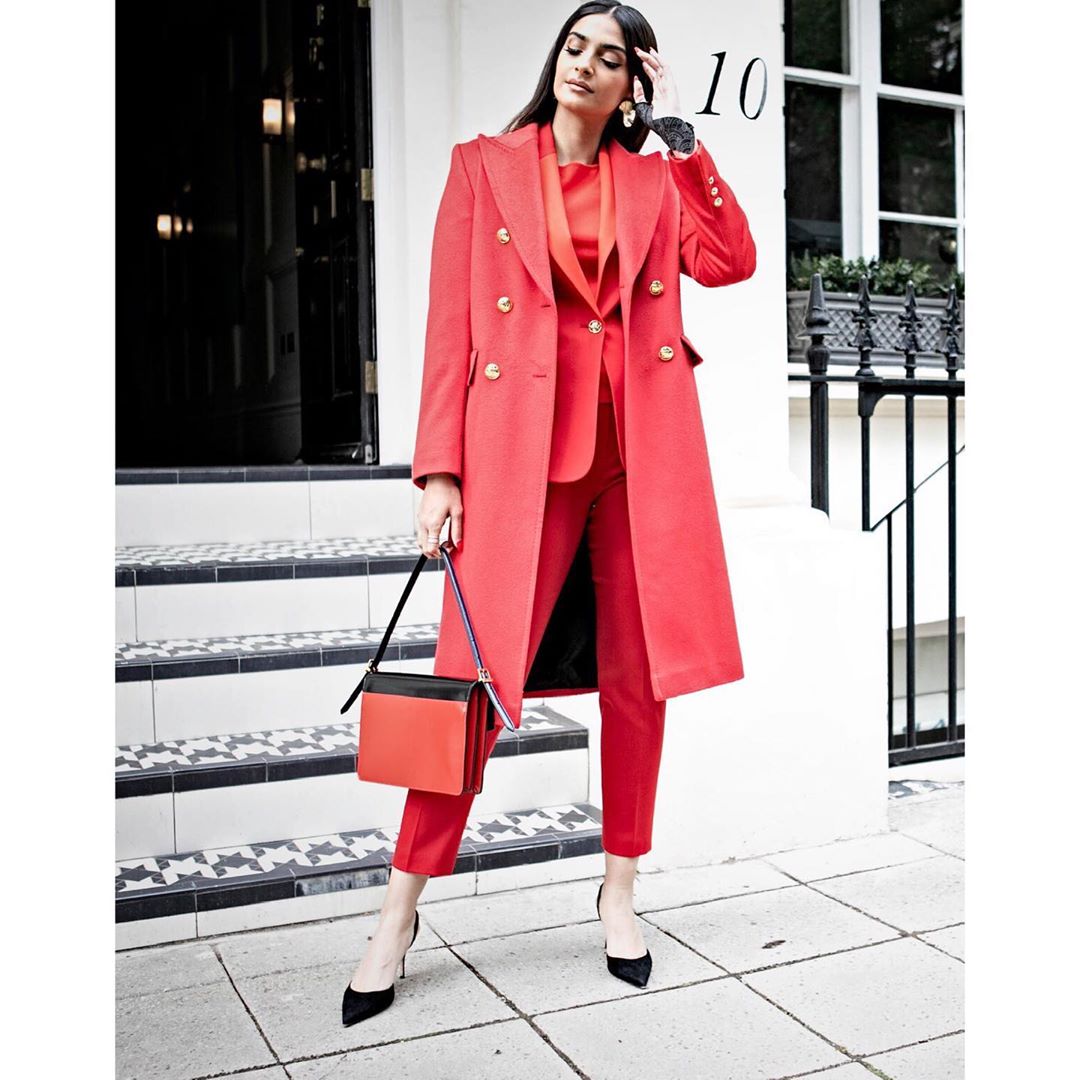 Quirky and eclectic, Sonam Kapoor can so effortlessly pull off something with so many facets! 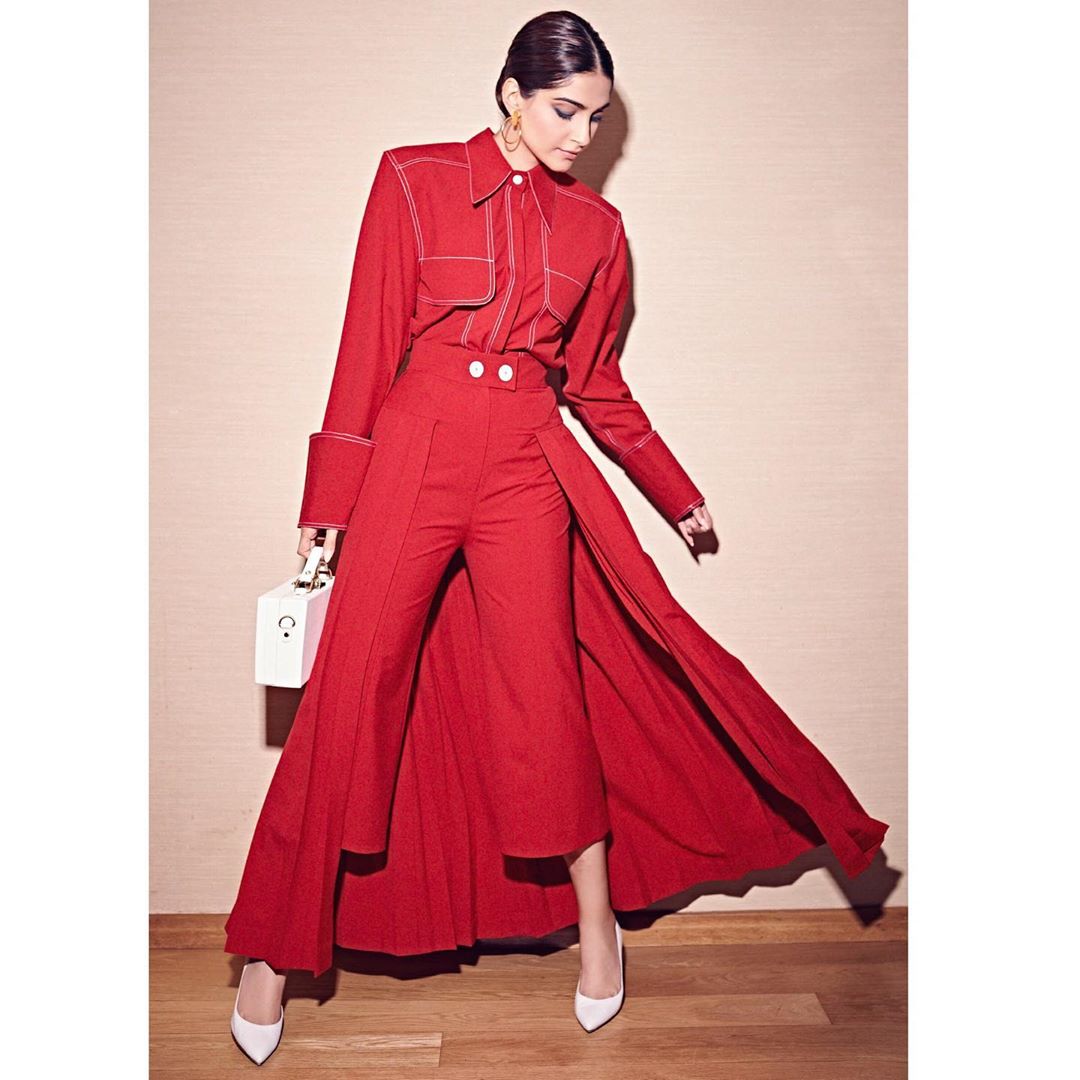 From the frill hemmed tunic, to the blazer, to the pants, to the shoes - the entire look is manicured perfectly and Sonam Kapoor's mega pearls only help the cause 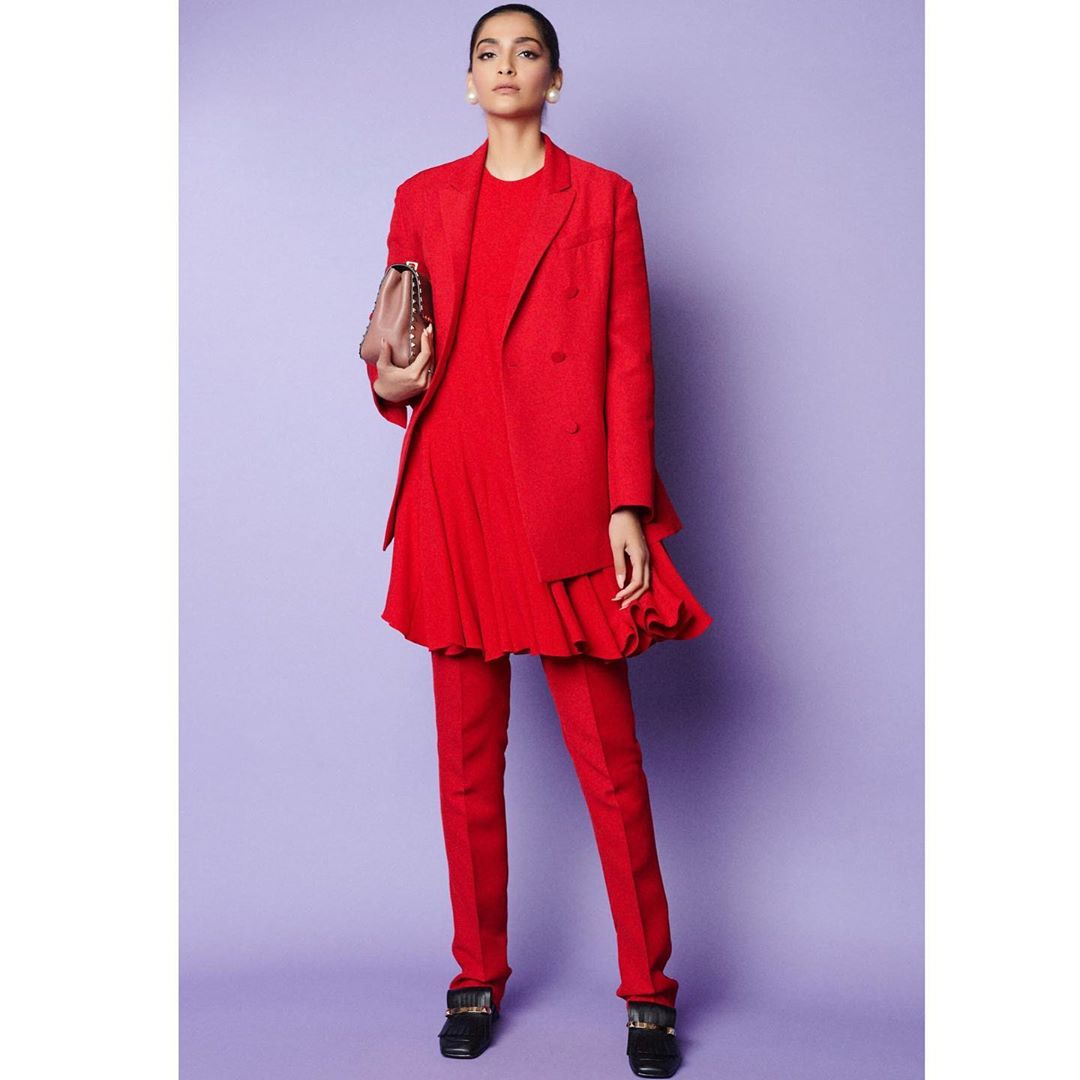 The suit is ethereal with its pistachio and gold touch, interspersed with red is elegant and absolutely beautiful! 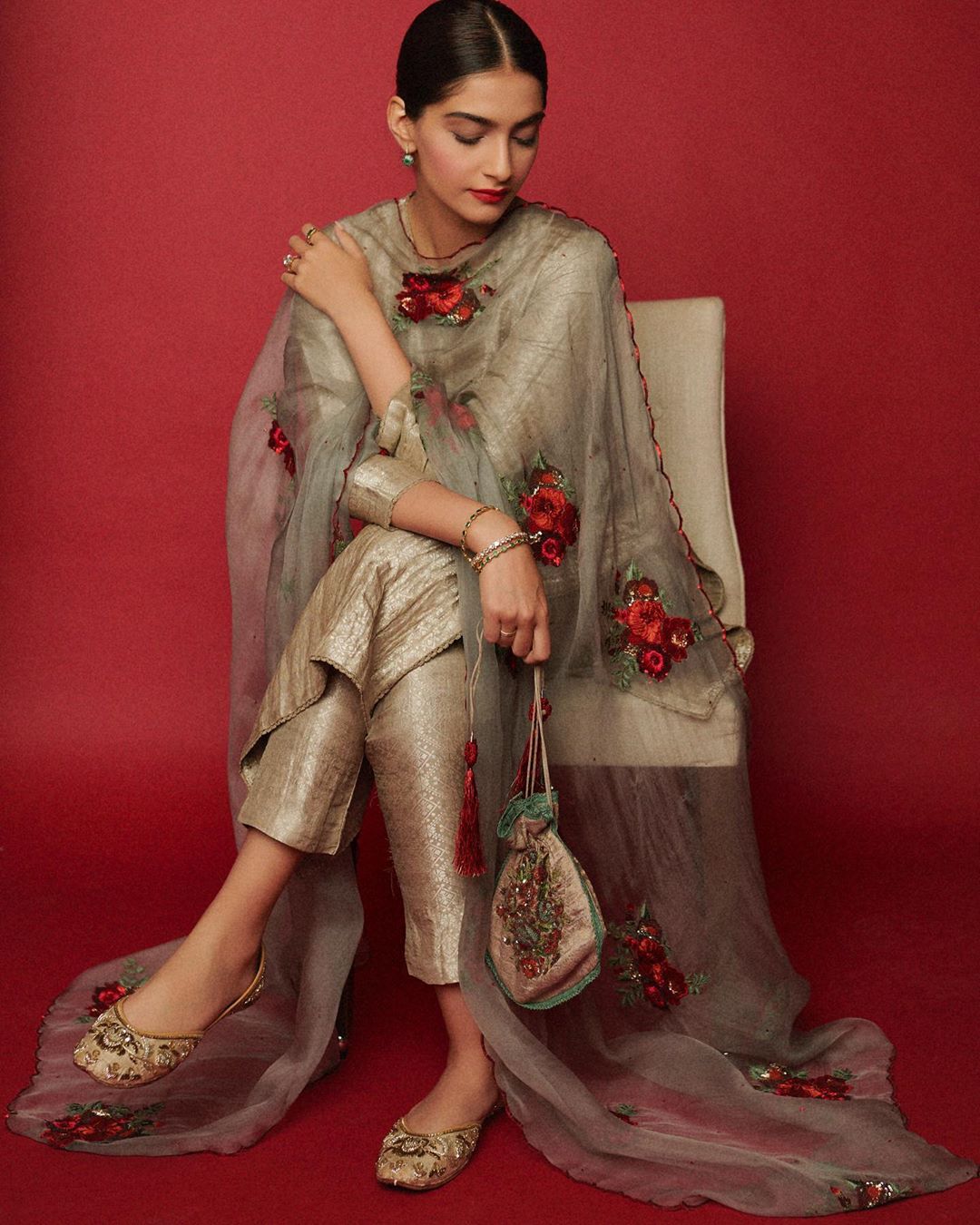 Feminine hues, structured silhouette, and a minimally perfect look makes this a winner! 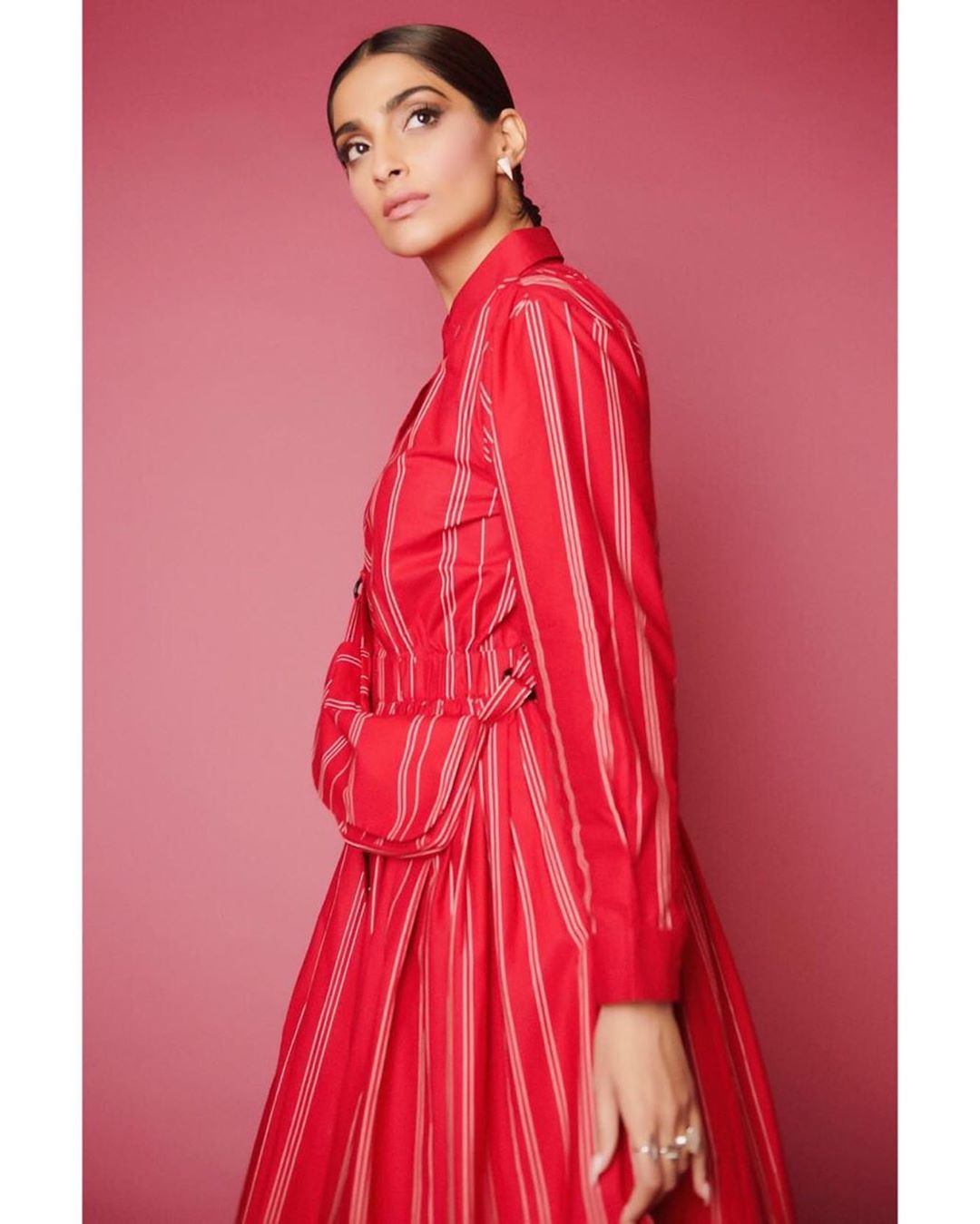 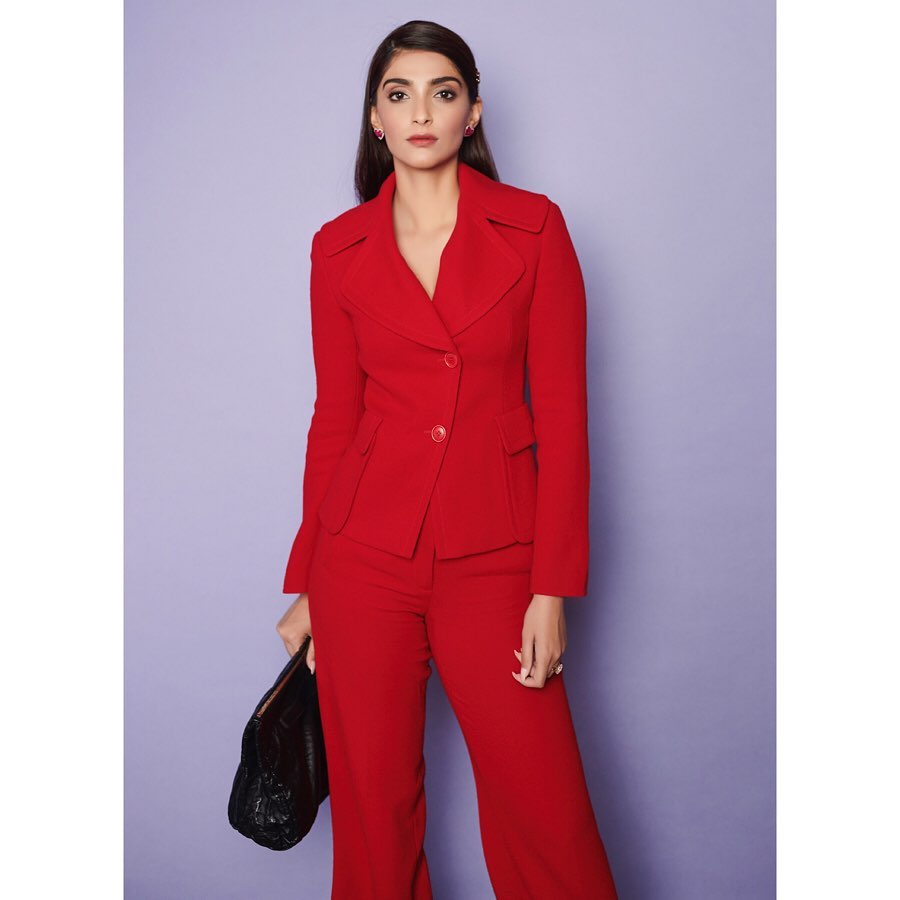 The little touch that a stark colour adds to the outfit is prove that you can't always predict a winning combination and a risk is always welcomed! 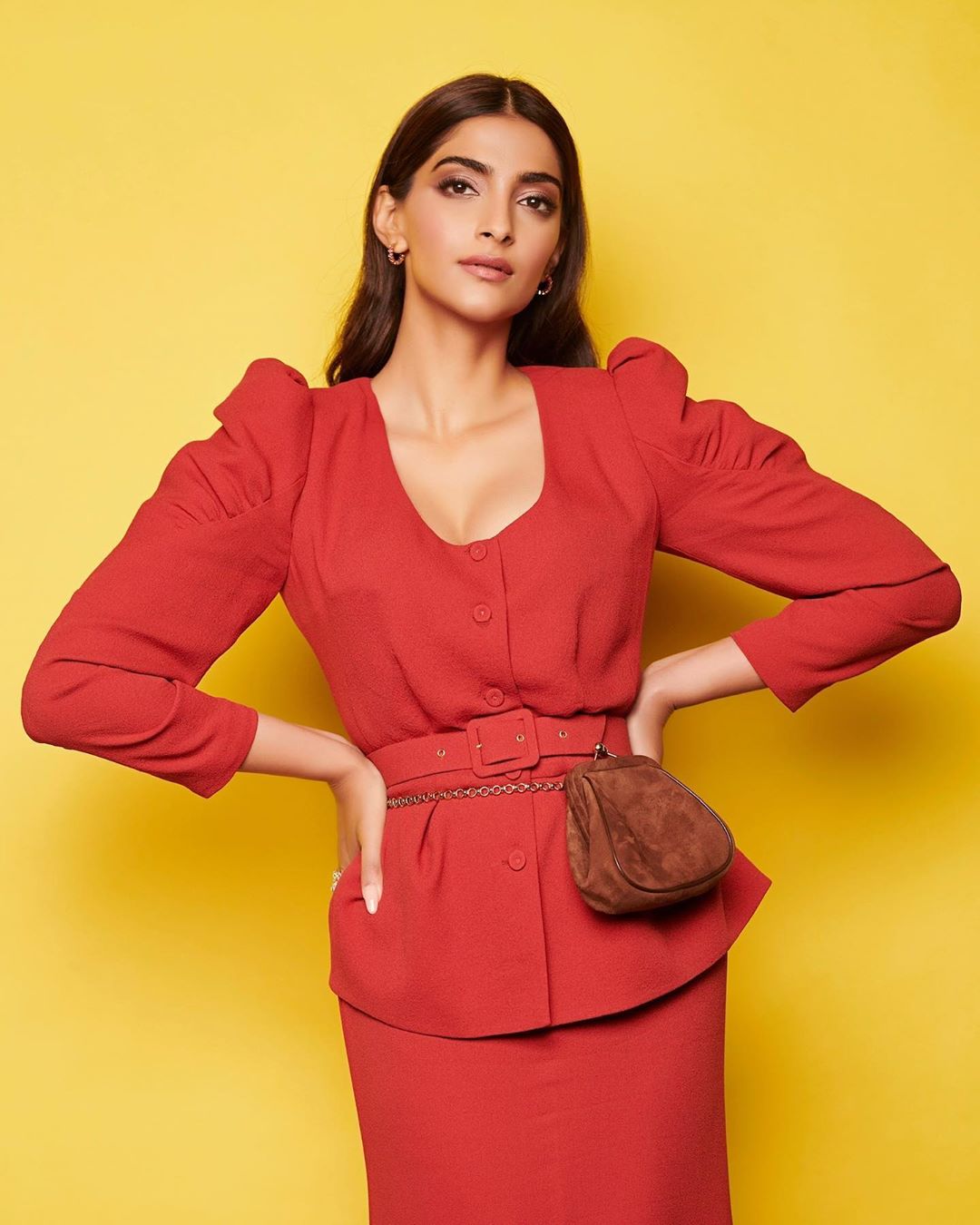 A little Mughal touch in this ensemble makes it not only festive and celebratory, the minimal make up Sonam Kapoor wears proves that you don't need to express overtly all the time! 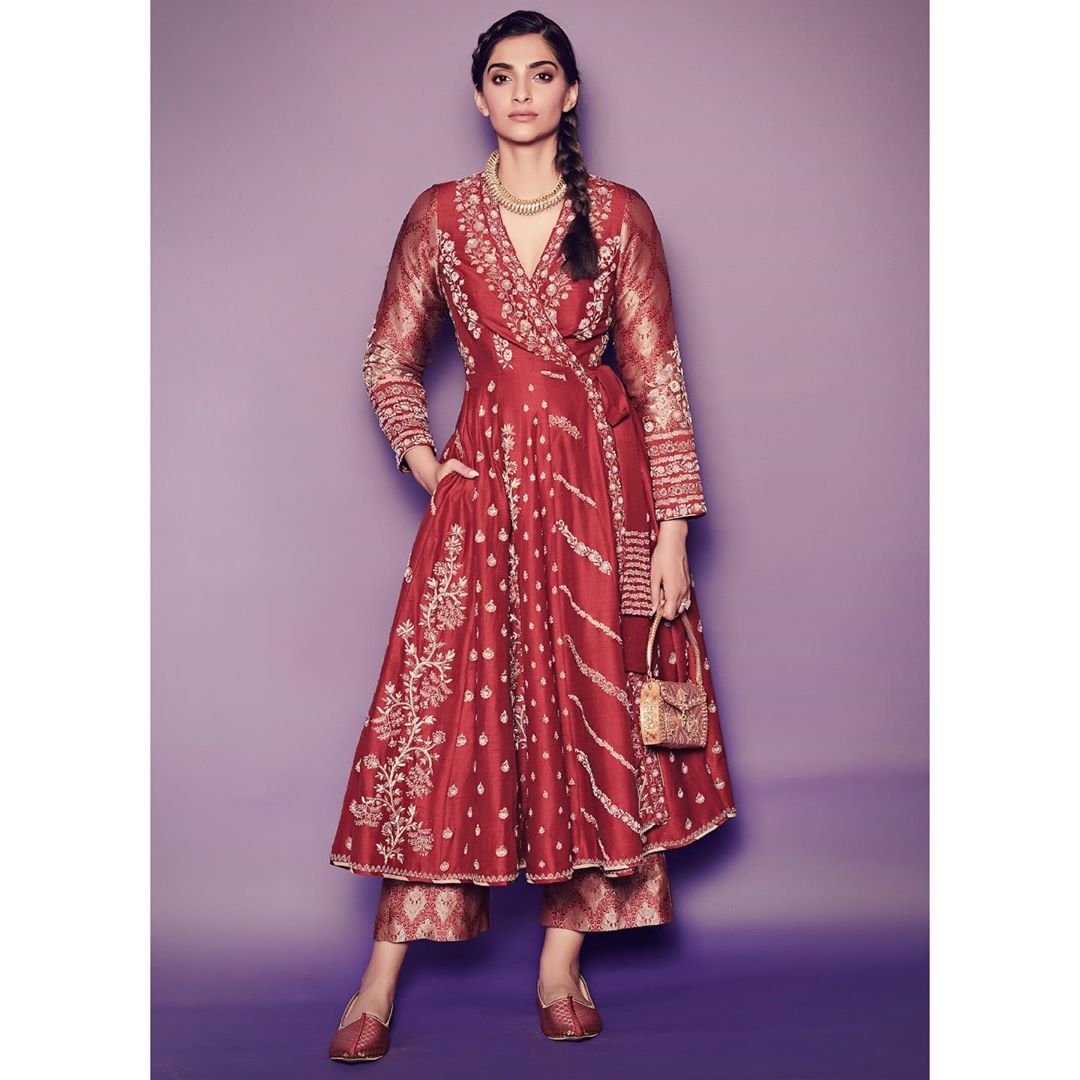 A look that only sonam kapoor could wear and win in. this pantsuit is absolutely rare in its overall conception, and a look that could go dowdy very soon but sonam kapoor makes it no less of an absolute sartorial coup with the accessories 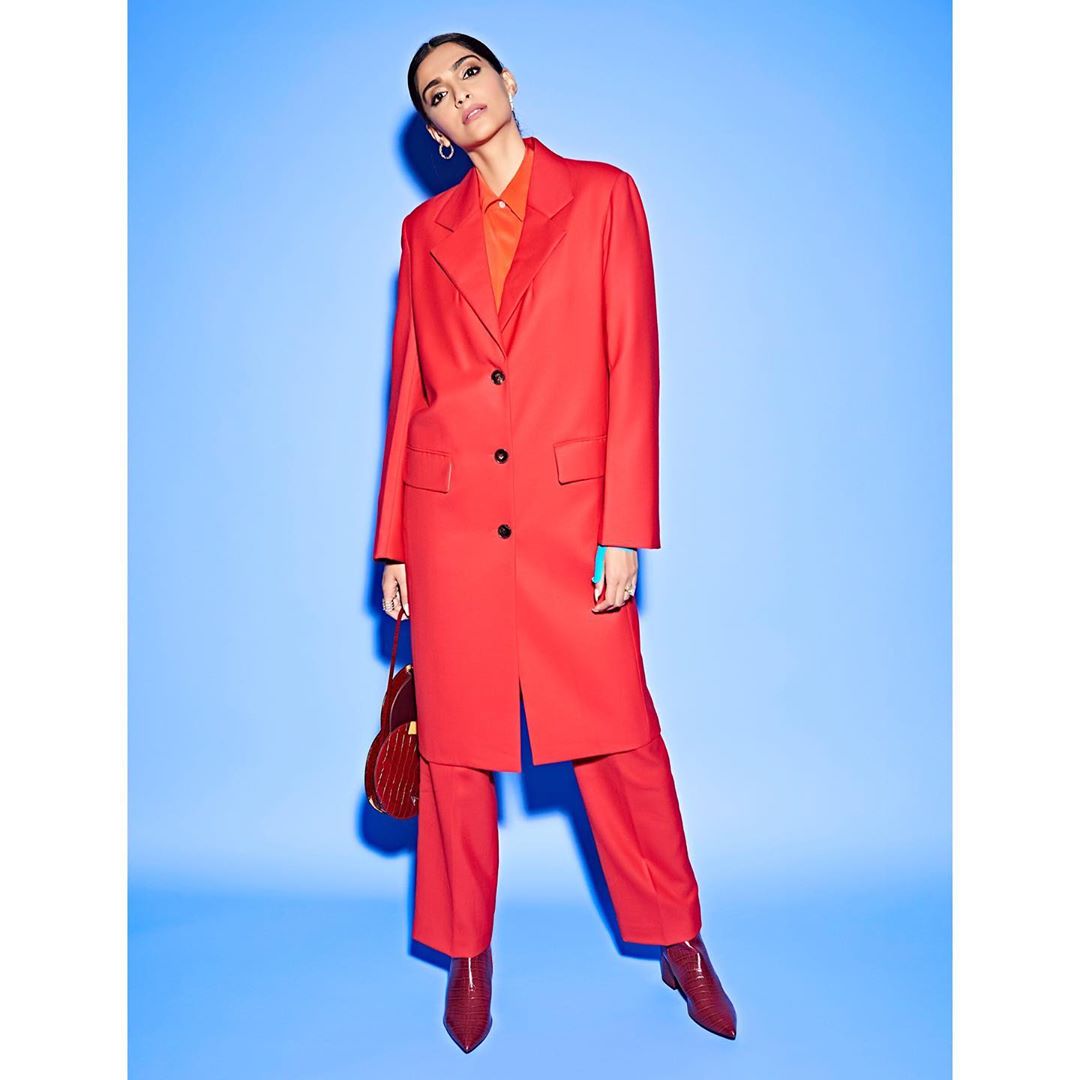