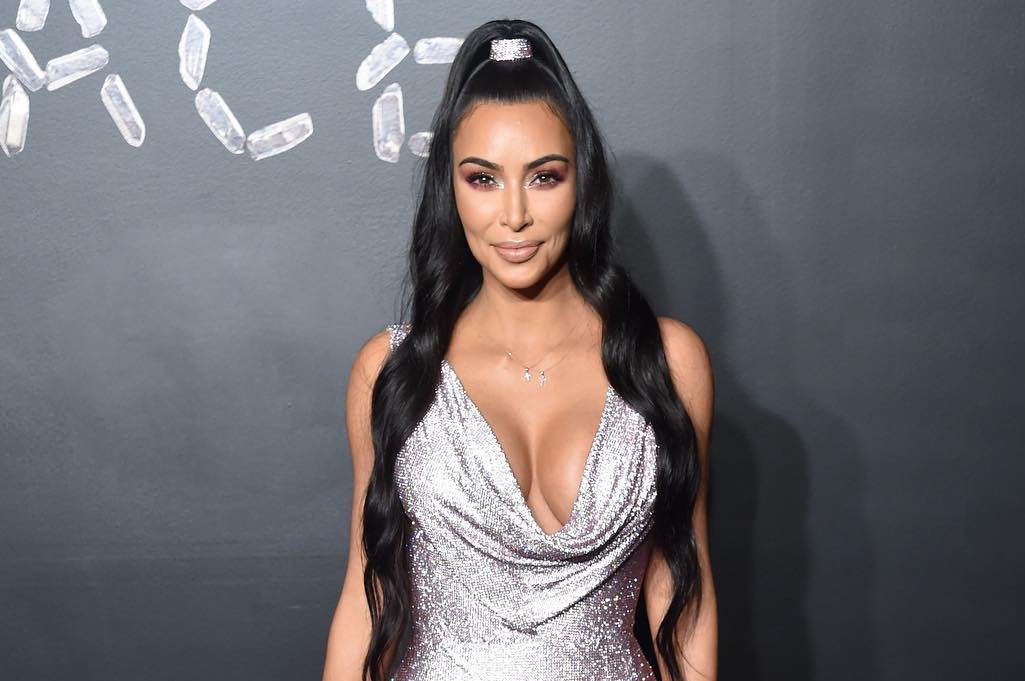 Donatella Versace has been at the helm of the Versace empire since 1997. The youngest of her siblings, Donatella shared a strong bond with her brother Gianni, the founder of the label, and was the natural successor to him after his death in 1997. Donatella debuted her first ever collection for Atelier spring/summer ’98 on a see-through catwalk held at the Ritz Hotel in Paris which resulted in instant commend from the industry. Today, the mogul is responsible for the overall vision of the brand, from its catwalk collections and image, to its global growth and future in the digital sphere.

Donatella Versace loves New York. “There’s freedom here. There’s a clash of cultures. There’s creativity,” she said. A Versace T-shirt spells it out loud too – the Medusa logo mashed up with the Milton Glaser’s classic “I Love NY” state logo and is a see-now-buy-now souvenir from the house’s inaugural pre-fall show in Manhattan on Sunday. 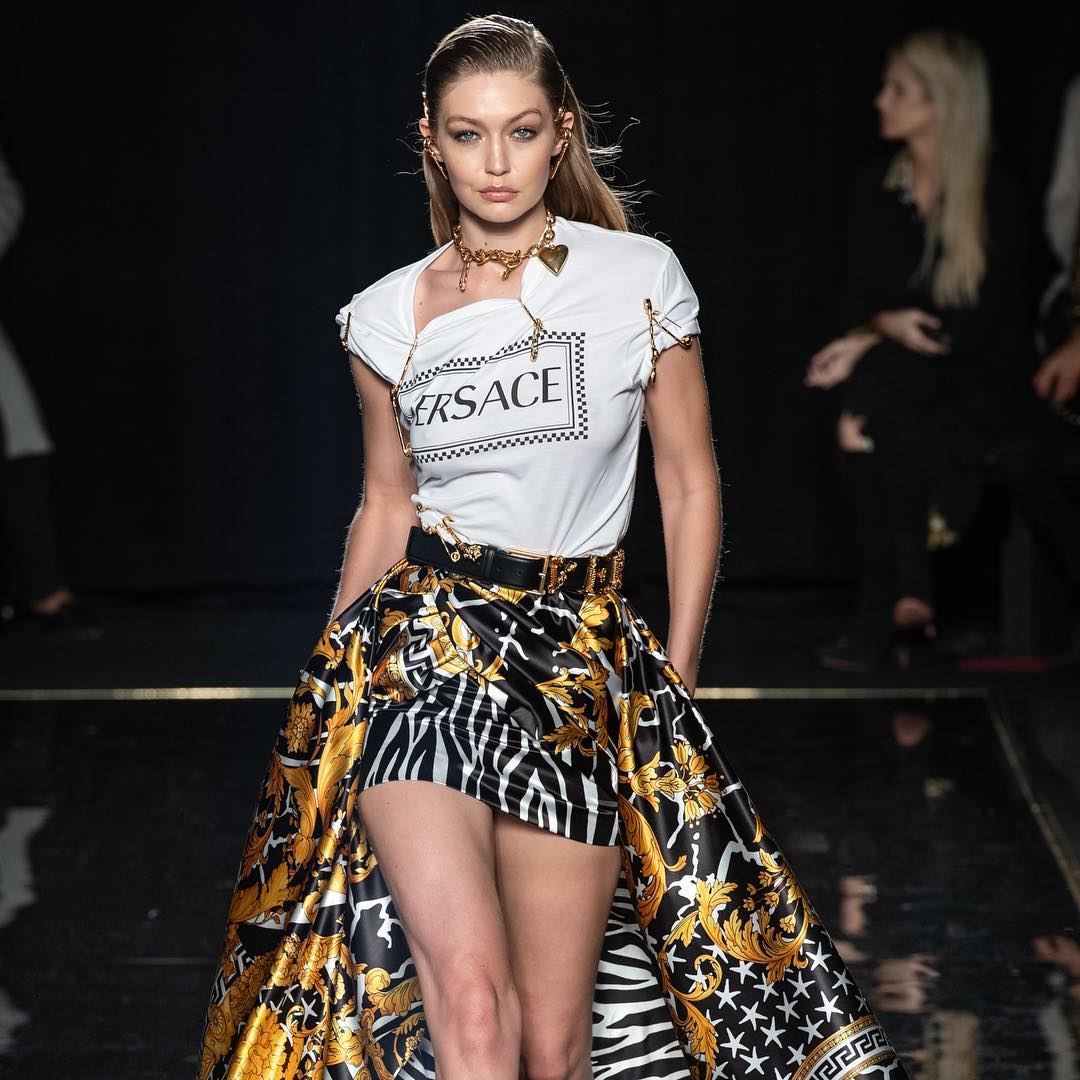 The gold, baroque and silk are all unmistakably Versace.

It was the late founder, Gianni’s birthday. There are a lot of fond memories of time spent with her brother.“We had the house so New York was connected to me,” Versace said about venturing to NYC for the Italian house’s first-ever pre-collection runway show. And to set a foundation for the future, Donatella dug into the house’s greatest hits. She paid her brother a tribute by dipping into nostalgia of his most quintessential collection – Spring 1994. 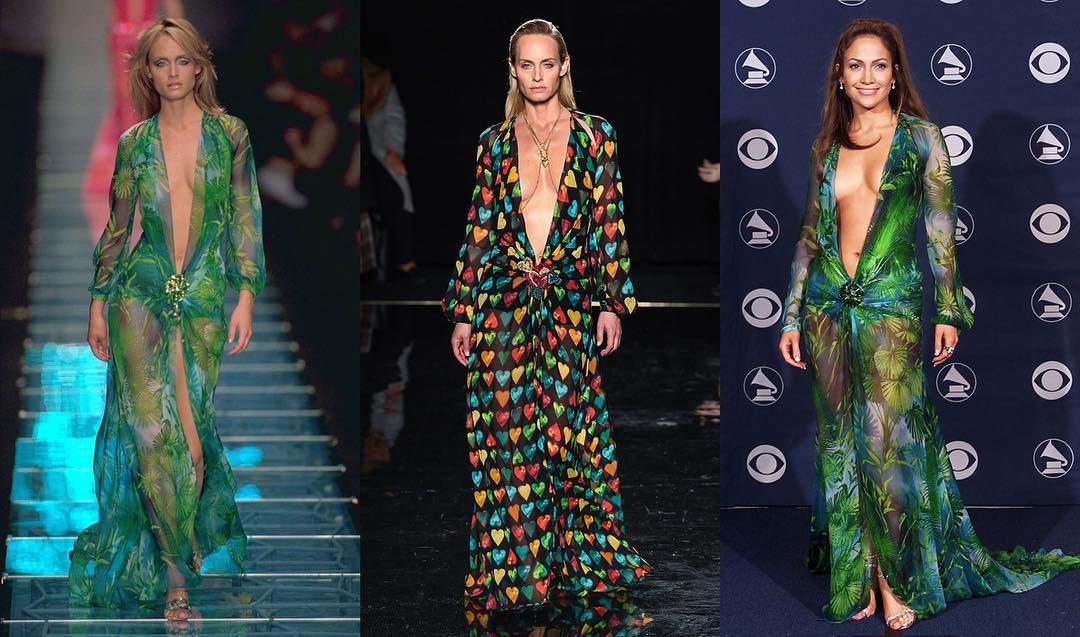 We saw the black safety pin dress from Spring 1994 fabled by Elizabeth Hurley, along with the sexy gown worn by Jennifer Lopez to the Grammys in 2000, which was modeled on the runway this season by Amber Valletta, who also modeled the Spring 2000 original. In addition to these iconic throwbacks, the show featured countless multicolored motifs in Versace signature touches like safety pins, gold buttons and pop art prints. 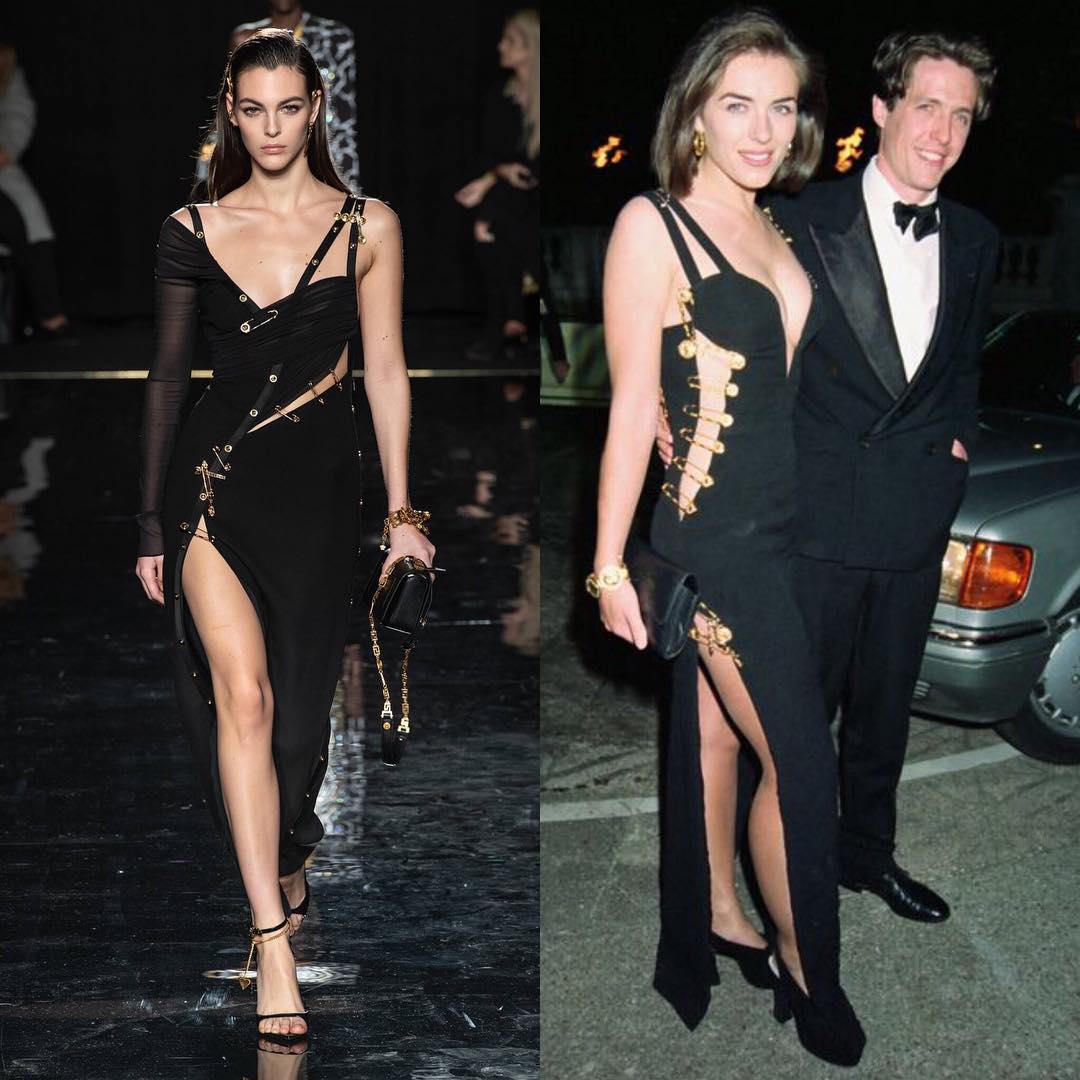 The iconic medusa safety pin made a comeback! That dress is back. Liz Hurley wore it to the 1994 premiere of Four Weddings and a Funeral. Making a classic return to the catwalk, reinterpreted for a modern silhouette. 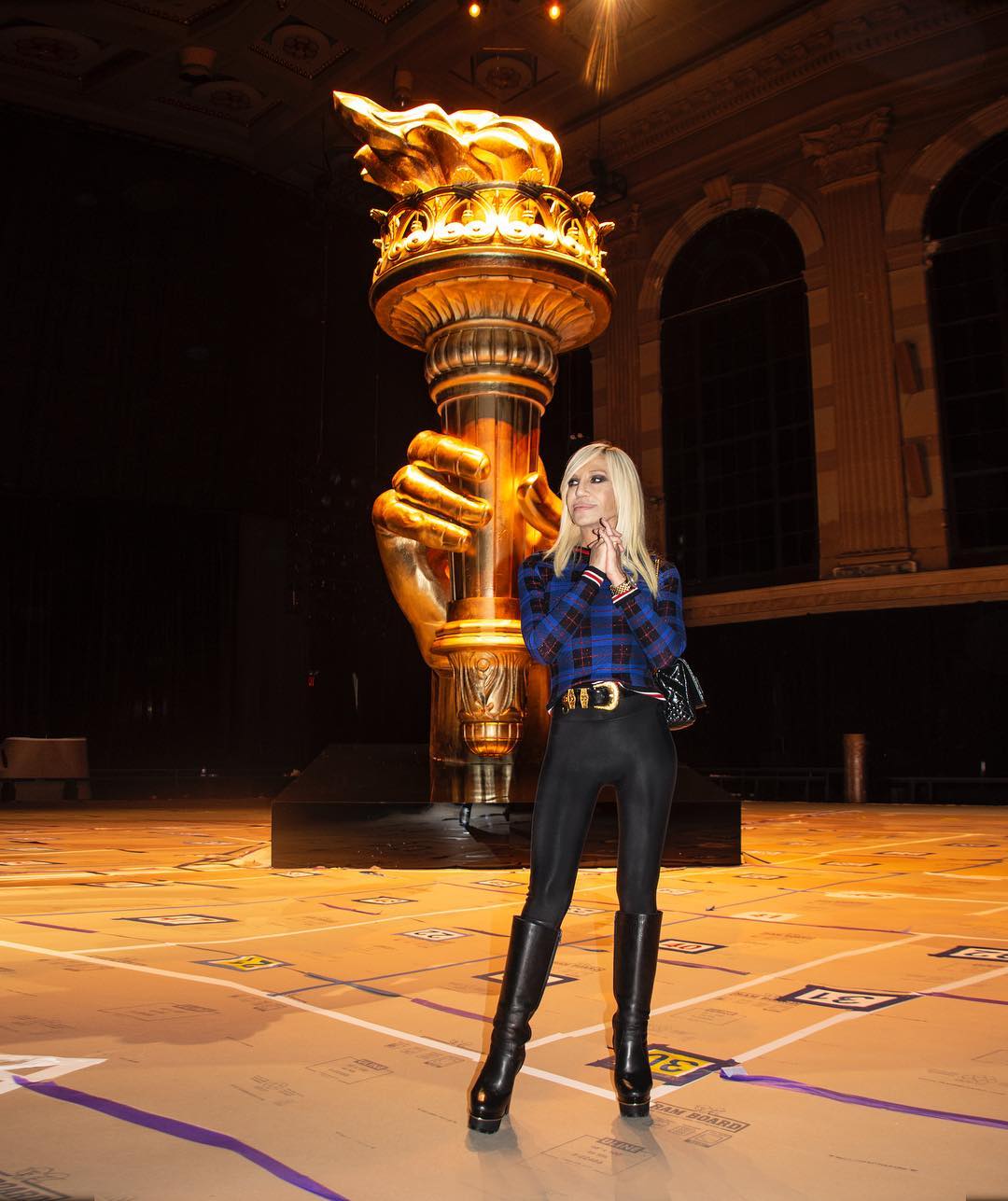 “I wanted to pay homage to this incredible city, bringing the sartorial heritage of Milan and fusing it with the energy of New York and its eclectic nature. This collection is the result of this,” said Donatella Versace. 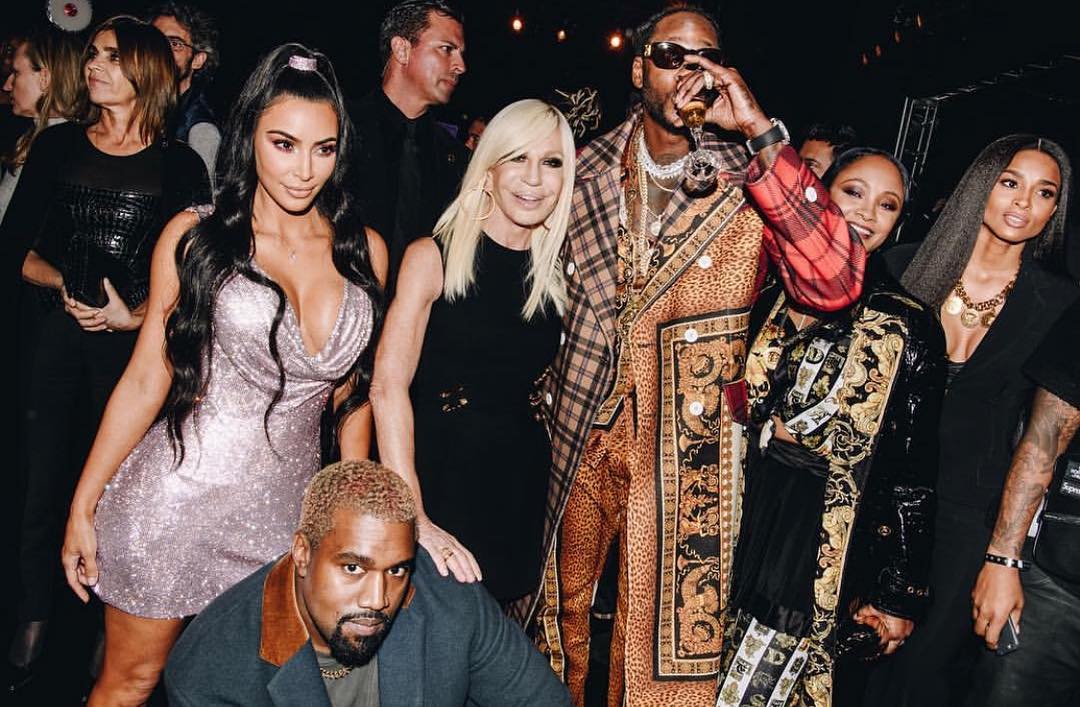 From Kim Kardashian and Kanye West, Lupita Nyong’o, Diane Kruger, Tracee Ellis Ross, hip-hop stars Young Thug, and 2 Chainz, to Blake Lively and Paris Jackson, all dressed head-to-toe in Versace outfits, many of which were custom by Versace.

These Unusual Cookies Need To Be On Your Food Bucketlist

The Uri Trailer Will Invoke The Patriot Within You

10 Times Deepika Padukone Proved That She Looks Good In Almost Anything!