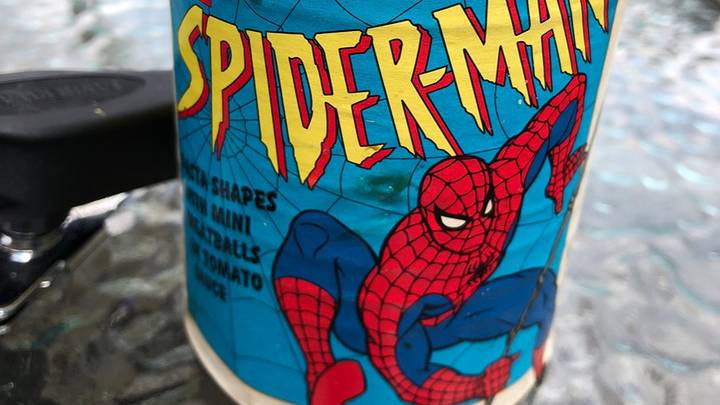 Man Opens 25-Year-Old Pasta Can, Shocks Everyone With What’s Inside

A Twitter user from New York shared a picture of a 1995 ‘Spider-Man’ pasta can and wrote that he wants to open it for his followers on social media to see how it looks from  inside.

In a follow-up Twitter thread, Matt shared the pictures of the opened can and also of the rotten chunk of pasta that came out from it.

They say tragedy plus time equals comedy, but there's nothing funny about 15 ounces of Spider-Man Pasta reduced to a rotted 3-ounce chunk. Recalling the fate of Jordy Verrill in Creepshow, I'm thankful for my rubber gloves. (3/5) pic.twitter.com/W5WqQ7wEHs

The post attracted a lot of reactions on social media with some of them thrilled by the look of it while others were left disgusted.

It takes a lot to gross me out, but after the third can of 1980's canned food I got weirded out and after 5 cans I had to stop. Congratulations.

if any of us are still alive in 10 years i'll open this in your honor pic.twitter.com/O7GXjXNUuH