Food can easily relieve pain with the first bite, and if it’s appetizing,  then it surely takes you on a fantasy ride! A ride where pleasure is what surrounds every other thing. It is a well-known fact that the humble burger is the King of fast foods which can never disappoint anybody’s taste buds. This delightful food purely justifies our toothsome cravings with its luscious fillings. So here we profile to you various world records that burgers holds! 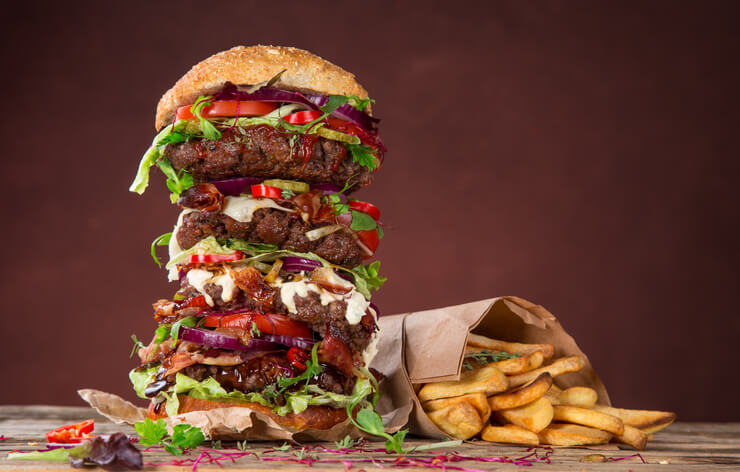 We can’t convince our taste buds to have less when it comes to a Burger but can you think of eating a burger that weighs 1,164.2 kg (2,566 lb 9 oz)? Well yes, you read that right! The world’s largest burger which weighs 1,164.2 kg was achieved by Wolfgang Leeb, Tom Reicheneder, Rudi Dietl, Josef Zellner, Hans Maurer and Christian Dischinger in Pilsting, Germany, on 9 July 2017. This burger consisted of three meat patties tomatoes, lettuce, cucumbers, onions, hamburger sauce and a bun. 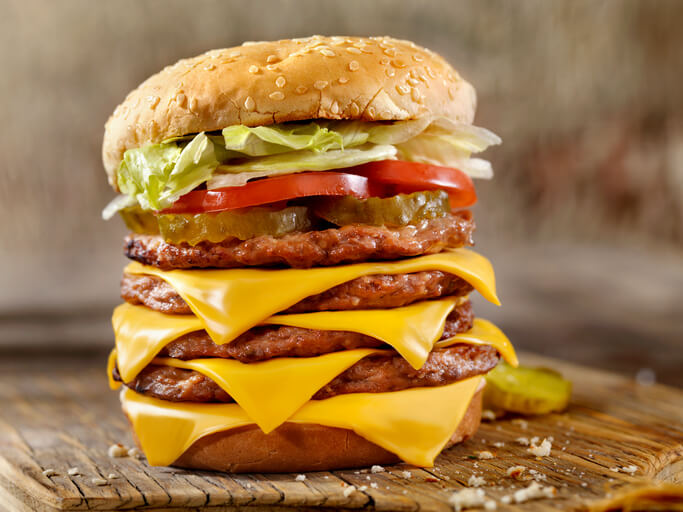 All of us are well aware- the more it is tasty , the more calories it brings. So, here we bring to you the burger that is the most calorific all around the world! This burger is named as Quadruple Bypass Burger  because of the amount of calories it contains which is 9,982 i.e. 41,760 kJ. That’s about four times the daily calorie intake for an average working adult. So be prepared to do some additional workouts for this one! 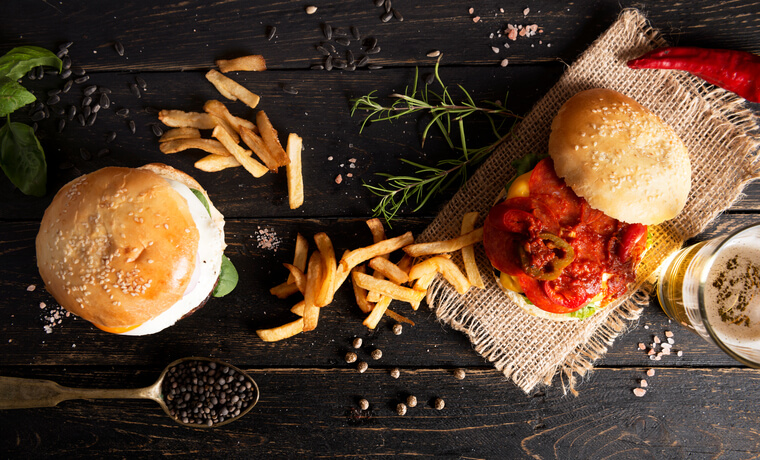 Who doesn’t love spice? Being health conscious is fine, but adding some spice to the food won’t hurt anybody’s belly. But wait, ever heard of the most spicy and hottest burger? The world’s most spicy burger features a secret sauce made from two of the world’s hottest chillies. The burger is said to be 40 times hotter than the original Tabasco sauce. Dare to try it out? 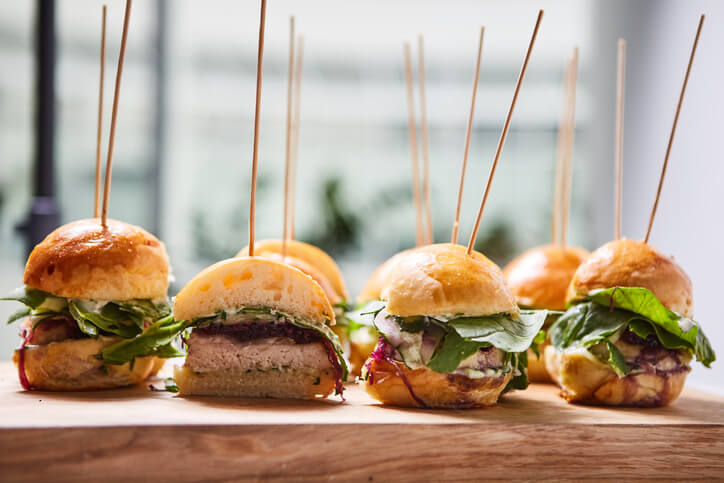 We told you about world’s largest burger, so now, we feature, The world’s Smallest Burger, that is catching people’s attention. This miniscule burger is not even the size of a single bite. This of course might have been a very tough task to create but kudos to the makers who did it and created this unique specimen to mark their names in history!